In the past- the distinct growl of an Avanti P-180 gave me advance notice that one of the sleek- unique three-wing propjets approached overhead. With Wichita Mid-Continent Airport only six nautical miles away (as the business bird flies)- Avanti’s regularly flew over my home in those days. And back in the early 1990s- Piaggio Aircraft performed aircraft for sale- marketing- and training for Avanti pilots as well as manufacturing the fuselage in a small facility near the airport. 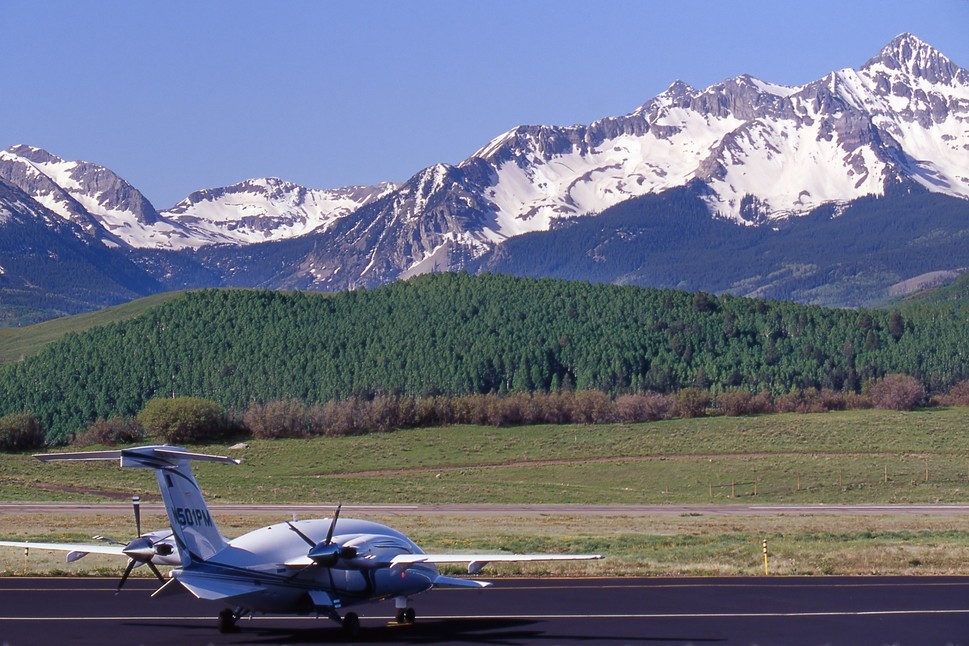 In the past- the distinct growl of a Piaggio Avanti P-180 gave me advance notice that one of the sleek- unique three-wing propjets approached overhead. With Wichita Mid-Continent Airport only six nautical miles away (as the business bird flies)- Avanti’s regularly flew over my home in those days. And back in the early 1990s- Piaggio Aircraft performed aircraft - marketing- and training for Avanti pilots as well as manufacturing the fuselage in a small facility near the airport.

That unique audible alert usually gave me time to find and watch the fly-by of the Avanti- its sleek- projectile-like profile and plan form as distinct as its sound. It was perhaps the most-daring project undertaken by Rinaldo Piaggio SpA- the descendant of a company that traced its roots to 1884 and its aviation heritage in eight decades of work in engines- airframe design- and interior work.

Born in the late 1970s- the Piaggio Avanti P-180 first flew in 1986. Certified in 1990- this Italian stallion was often mistaken for Beech Aircraft’s groundbreaking composite Starship 2000. Although both designs mount their dual Pratt & Whitney PT-6A powerplants as pushers- Rinaldo Piaggio SpA designed and built the P-180 airframe of conventional aluminum- unlike the composite structure that made the Starship a double-departure business aircraft.

In addition to its composite airframe- the Beech design also used a tail-less swept-wing plant form with tip sails at each wing tip in place of a conventional vertical stabilizer and rudder. The distinctive canard- or forward wing- characterizes both the P-180 and the Starship- although in most other ways- the Avanti’s airframe is the more conventional of the two.

For example- the P-180 employs a generally conventional empennage- with a T-tail assembly atop the vertical stabilizer- a conventional elevator and rudder handling pitch- and yaw-control chores. But the greatest departure for the Avanti was its performance enhanced by the patented three-lifting-surface design.

Boasting near-jet speeds that approach 400 knots in high-speed cruise- the  Avanti scorched any other turboprop flying. Thanks to its long- thin- laminar-flow wing- the P-180 flies at decidedly non-turboprop altitudes – the certified service ceiling is FL410. Furthermore- the combination of wing efficiency- engine efficiency and high speed still allowed Piaggio to claim fuel-efficiency numbers unmatched by anything with twin-turbine power.

A key aspect of all these strong traits was the method employed to assemble that conventional-materials airframe. At the time- Piaggio built the fuselage in a modest factory in west Wichita- a few miles from the Cessna and Learjet factories at Wichita Mid-Continent Airport.

The cabin skins were held in jigs with vacuum attachments and the internal structure was assembled from the inside skin inward; generally- internal structures were fitted into jigs- the parts drilled and riveted and the skins applied last.

The Avanti method made for a cleaner finish- with flush riveting that rivaled composite structures for their quality – they were that smooth and blemish-free.

Unfortunately- the P-180 arrived on the market in 1990- a tough time for new business-turbine aircraft. An economic recession- low airline-fare prices and a business community unconvinced of the benefits of business aircraft helped kill off more than one promising program. Ultimately- the Avanti (along with the Starship) was a victim of those times.

Product support was a problem- as was pilot training – no sims existed- so pilots had to travel to Wichita. Despite the Avanti’s distinct advantages – not the least of which is a cabin larger than many jet and propjet competitors – and low price- airplanes never reached their potential- and production ended in the mid-1990s. To make matters look more bleak for the venerable company- hard times forced it into bankruptcy shortly after.

Revival by a Horse of a different mode – Ferrari

Jump ahead about five years from the end of the original Avanti line to 1998. Piaggio Aero Industries S.p.A. (Piaggio) was established in September 1998 and purchased the assets of Rinaldo Piaggio S.p.A.- reviving one of the world's oldest existing aircraft manufacturers. Piero Ferrari- son of legendary racecar designer Enza- became Piaggio’s new Chairman and Jose Di mase was named the new CEO.

The company immediately started working to revive the P180 and landed enough orders in the next few months to justify the return to production. The Avanti P180 was back.

In 2000- the company launched Piaggio America and returned the Avanti to the business aviation market with a showing at that year’s convention of the National Business Aviation Association in New Orleans. The sleek thoroughbred- already flying with the distinctive black-horse-on-yellow logo of Ferrari- had lost none of its original appeal during its down years.

After targeting production of 15 airplanes in 2000 and another 22 in 2001- the company plans to build 22 again this year. And the outlook for future aircraft sales continues to look solid at the first anniversary of the founding of Piaggio America- the aircraft for sale in North America- marketing and support organization.

New orders- new funding from shareholders- and a continuing market demand for high-efficiency air travel remain the driving forces behind the Avanti’s revival.

Lets start with the cabin - the part of any jet of most interest to the typical management passengers - which shows off why the Avanti should continue to enjoy strong market appeal.

At 69 inches high and 73 inches wide- the Avanti cabin edges out even the roomy Raytheon Premier I- the successor to the Starship as the reigning King of Composite business jets. Credit goes to Raytheon’s innovative fuselage-manufacturing technique for coming within a few inches in each dimension.

Conversely- the Avanti’s cabin dimensions veritably dwarf other price-competitive aircraft- including Cessna’s CJ1 and the Beech King Air. In another performance stand-out- the Avanti’s high 9.0 pounds-per-square-inch pressure differential gives the propjet a sea-level cabin up to 24-000 feet and only 6600’ at FL410- an altitude where many other business-turbine aircraft are at 5-000 to 8-000 in cabin altitude respectively; if they can get to FL410. So much space and comfort- yet so much speed.

Impressive speeds of 395 knots at FL280 (28-000 msl)- more than 100 knots faster than other turboprop-powered airplanes- and 10 to 30 knots faster than some jets on the market come with range potential commensurate with the Avanti’s other performance traits. For example- with five passengers and a crew of one- the P-180 is capable of flying 1-750 nautical miles with VFR reserves.

As flexible as it is fast

Combine that fuel efficiency with the Avanti’s impressive runway performance and you have an airplane capable of using upwards of 80 percent of the public-use airports in the US- for example – even if the field lacks Jet A as an available fuel.

How is that possible? First- reference back two paragraphs to the range ability of the P180. Then consider the flexibility of being able to use runways well under 3-000 feet in length and you have a machine able to truly go where and when needed.

Best of all- the Avanti’s modern flight deck design and equipment coupled with its gross weight of 11-550 pounds- make it a comfortable machine for single-pilot IFR operations.

And for a business owner interested in piloting the company plane- the Avanti offers few barriers to fulfilling that dream.

It was my good fortune to spend some time in the left seat of a factory demonstrator back in 1992- and for the pilot of my novice skill levels the swift propjet did nothing but boost my confidence.

Handling was crisp and tight- control authority admirable and the systems easy to understand and manage. Looking back at one of my first opportunities to handle an airplane the experience taught me that even high-tech- high-speed turbine-powered airplanes were within the skill level of a well-trained amateur.

Finally- although when you’re talking about multimillion-dollar aircraft- cost is not always the top issue- in the case of the Avanti- price is yet another area in which Piaggio enjoys an enviable position.

Let me put it in these terms: If company executives select a competing airplane over an Avanti- it’s likely due to reasons other than purchase costs.

The inordinately high fuel efficiency of this propjet should generate strong appeal- and the runway flexibility should only enhance the Avanti’s appeal. In fact- if there are any weaknesses to worry about- they could be similar to some of the ones that hurt the program a decade ago.

In all- if the airplane can avoid the service problems of the past- its performance- utility- flexibility and frugality should all combine to make the second time around the best of times for Piaggio.