Flying through a Double C-Check at ABS Jets

A perfect machine requires perfect servicing. An Embraer Legacy 600 business jet belonging to the fleet of ABS Jets, a Czech leading business jet operator, has recently gone through a Double C year check. In the hangar of ABS Jets, in Prague, a team of experts spent 8 weeks and 3,946 man-hours completing it. See what happens in their latest video.

This Embraer Legacy 600 has been eight years in operation and since then, it has logged 4,152 flight hours and made 2,892 landings.

A team of 50 ABS Jets specialists subjected the aircraft to a complete check, known as the 8 years check (2C-Check), in early 2017. For the first time in the history of ABS Jets, under the scrutiny of professional videographers!

The state-of-the-art filming technique has been installed in the hangar for more than a month. The post production work lasted for another two months, including the selection of an impressive music podcast.

This video shows the Embraer aircraft completely stripped down, including its interior and part of the engines. Experienced ABS Jets aircraft technicians in the video shows us the inspection activities from the very first moment the aircraft arrives until it's ready to take off.

This video offers an insight into the work of its team of professionals, that usually stays hidden to fans of aviation.

Thierry Barré, Technical Director, ABS Jets: “The installation of FANS 1/A and SATCOM from scratch was a unique experience for the ABS Jets team, mainly due to the complexity and volume of the modifications that had to be made.” 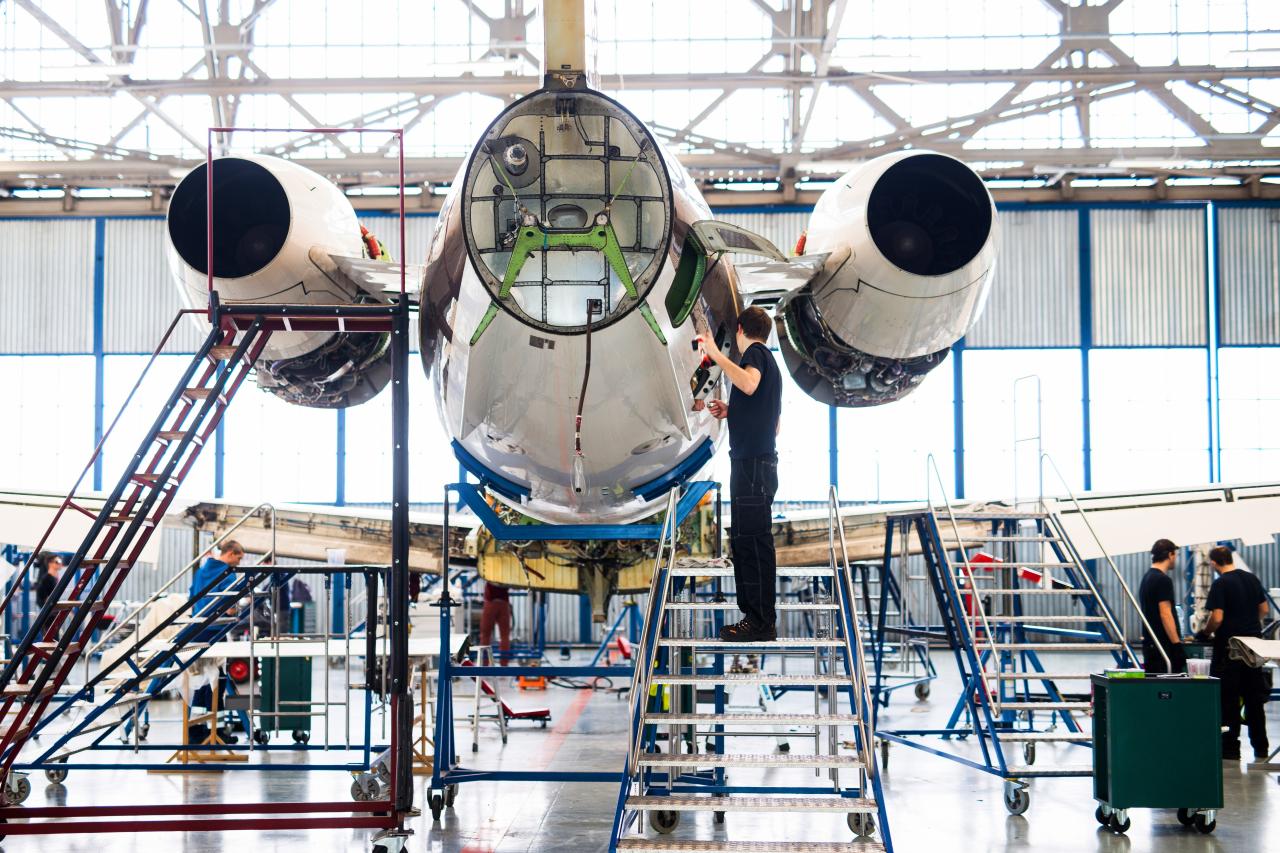 FANS 1/A is used for communication between aircraft and air traffic control via short text messages. Some of the communications are managed by the crew, and the rest run automatically using the ADS-C functionality. The system keeps aircraft communications short and accurate.

The satellite data link enables the FANS 1/A service to be used over the ocean as well.

ABS Jets also added an ADS-B Out (Automatic Dependent Surveillance-Broadcast) system to this aircraft; which broadcasts information about aircraft position in all three axes and about its velocity in the 3D terrestrial coordinate system.

The company has also the status of an Authorised Service Centre for Embraer, for which it officially provides global AOG & warranty support as well as support for scheduled maintenance.