We are Canada’s oldest and top selling Robinson dealer since 1985. After operating one of the largest helicopter companies in Aerial Recon Robinson CrewCanada with 60 aircraft, we sold out our commercial flying operation in 2005.

Since that time we then dedicated Aerial Recon to providing solutions for everything Robinson. We help our customers buy, sell, and lease Robinson helicopters. We also help them with training for both pilots and maintenance, initial and recurrent. We guide our clients with real world advise from owning, leasing, operating and loving Robinson helicopters.

We have over 40,000 hrs of operating experience and have brought more than 180 Robinson helicopters into Canada.

We have been working with the Robinson factory for over 30 years and have been instrumental in many changes to the R44 to help make it a safer, more reliable helicopter. Some of the first serial numbers 006, 007, 010, 0012 were delivered to Aerial Recon and over the years the changes we made were adopted by the factory, continuing to make each subsequent aircraft a better product. Our input on the R66 was sought by the factory on several areas of design as well.

We were excited that in February 2011 the Robinson factory chose Aerial Recon to assist in the cold weather and winter testing of the R66. We completed the winter testing for Canadian certification/approval of the R66.

We found the factory and especially Frank Robinson to be very open to improvements, and in most cases Frank would make our suggestions even better when applied to the aircraft. Frank took difficult problems and made simple solutions that have led to the most reliable and cost effective helicopters on the market. We have the same working relationship with Kurt Robinson who is now the President of the Robinson Helicopter Co. 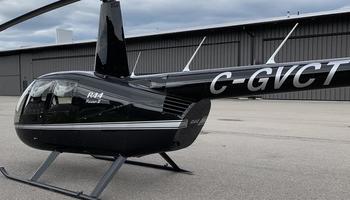 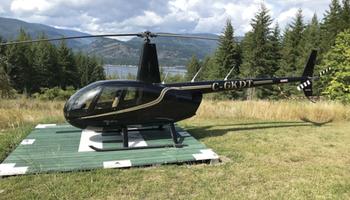 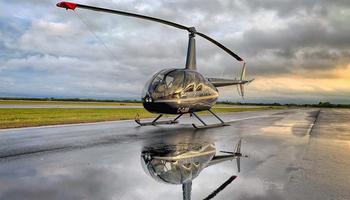 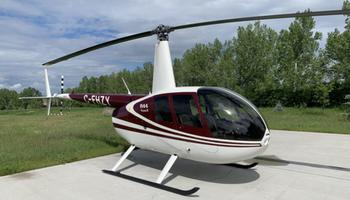 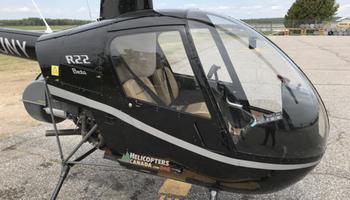