Aircraft Sales of Brasil is among the largest national companies in the business of importing and exporting executive aircraft, including jets, turboprops and turbine helicopters. Founded in 1998 in the United States, at Fort Executive Airport. Lauderdale (FXE) in Florida, aiming to foster and encourage business among executives, buyers and aviation companies between Brazil, the United States and other countries. The company specializes in the purchase and sale of quality turboprop aircraft and executive jets. Aircraft Sales of Brasil's main objective is to obtain results for its investors. The company's excellence and commitment to exceeding the expectations of its customers and partners has produced a growing customer base. Aircraft Sales of Brasil maintains its own office located in Ribeirão Preto, one of the most important cities in the country and an agro-industrial and sugar-alcohol hub. With national and international representation and a global reach, Aircraft Sales of Brasil is proud to conduct all contractual and legal negotiations fluent in English and Portuguese. 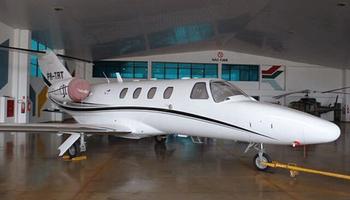