The Cessna Citation XLS+ is an upgrade to the XLS. Inclusion of FADEC engine controls, improved PW545C engines, all new interior and wider seats, and a new nose design stand out as key differences. Collins' Pro Line 21 avionics and a faster speed (433kts) are also noteworthy. 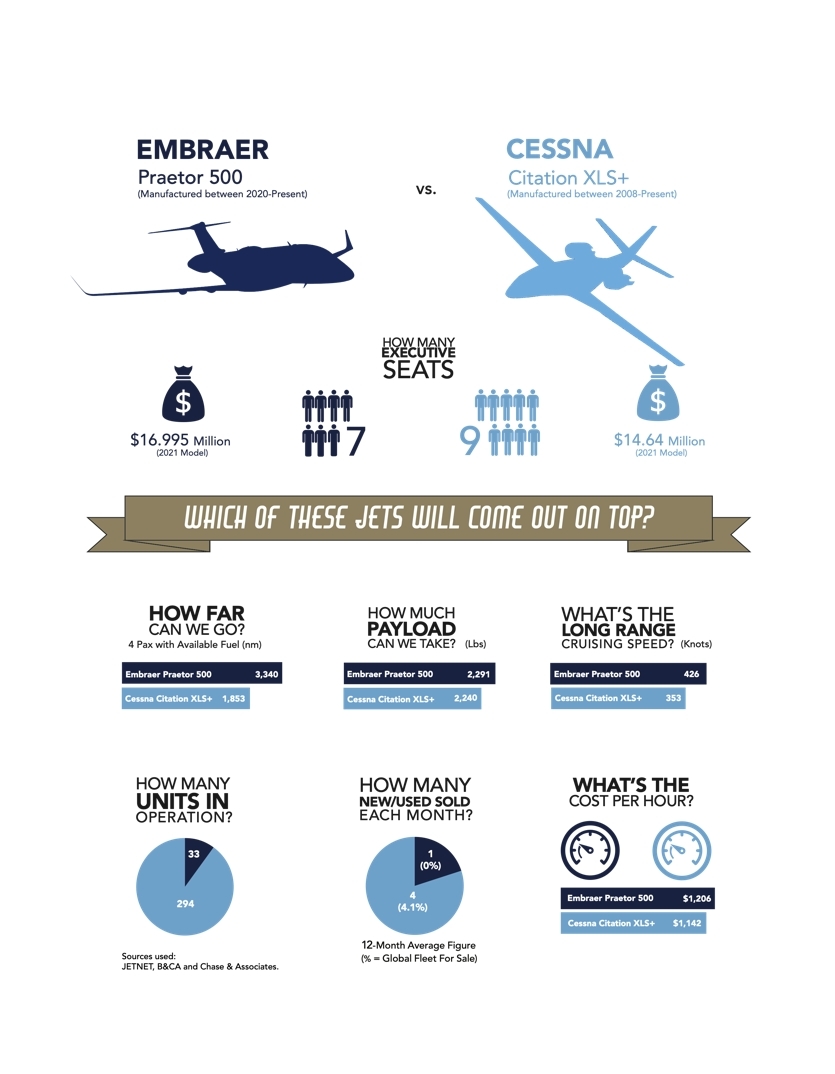 Price: €1,200,000 1/3 Fractional Ownership
Europe, Switzerland
FractionalJets.Com - Offer Only Available in EUROPE Why own 100% of a private jet when you might need and use
ContactContact Compare Aircraft More Info

The Cessna Citation XLS+ represents the second upgrade to the successful Cessna Citation Excel product line. Combining affordability, comfort, speed and range, it’s no wonder the model has been so popular at the lighter end of the Mid-Size Jet market.

The Citation XLS+ was first rolled out in 2008, and the aircraft has sparked significant interest over the years. As an example, in 2019 eight units were ordered by Cessna-AVIC (Zhuhai) Co Ltd, a joint venture the company operates in China.

Textron has enjoyed several other successes in China, one of which is FT Business Jets, a charter operator based in Shanghai, who placed an order in 2015 for a Citation XLS+. Meanwhile, in Las Vegas, charter provider Thrive Aviation also operates the model, alongside a range of other Citation jets.

According to JETNET data, since the aircraft began delivering to the market, 315 had been produced as of December 2021.

What features does the Cessna Citation XLS+ offer?

The Citation XLS+ provides the fastest speed yet in the product line, reaching 441ktas. The aircraft can accommodate as many as 12 passengers, though it is usually equipped for eight. It has a take-off field length of 3,560ft, and offers a maximum range of 2,100nm.

The aircraft is powered by two PW545C engines, and it features an advanced Collins Aerospace Pro Line 21 avionics suite in the cockpit.

What came before and after the Cessna Citation XLS+?

Textron has, however, released other business jets in the Mid-Size Jet market since placing the XLS+ in service, including the Citation Latitude, which has a maximum range of 2,870nm, while seating up to nine passengers. The Citation Latitude offers Garmin G5000 avionics, a six-foot stand-up cabin, and more.