An introduction to the providers and their services... 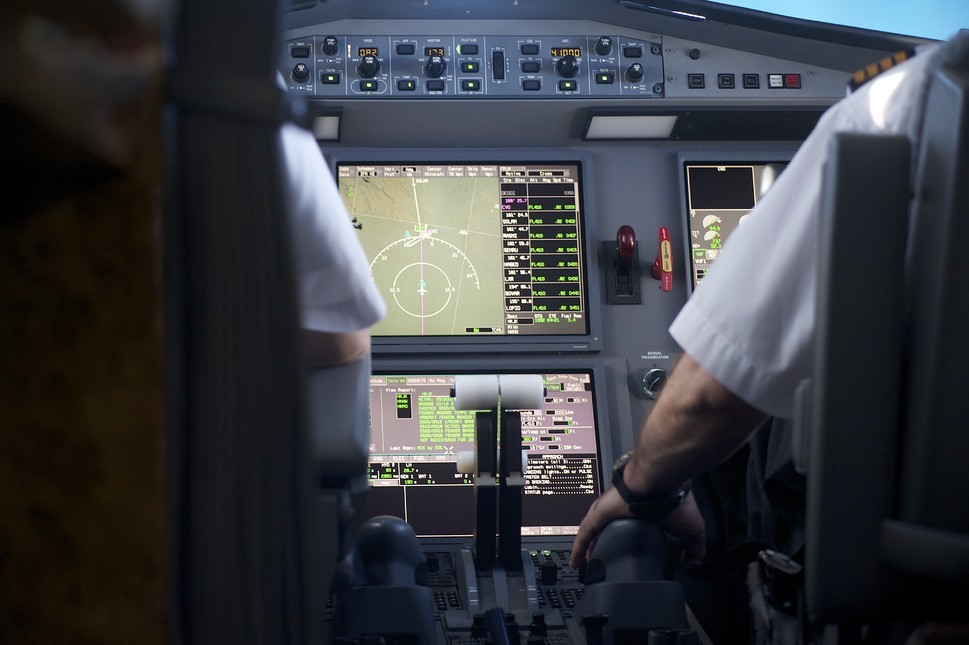 Helping you understand the technology, integration and advances of aircraft avionics and equipage, Ken Elliott continues a five-part series on aircraft connectivity, this month with a review of providers and service…

For the purpose of this series we’ll focus on communication, with both the voice and data that it carries. So keep in mind that, in reality, total aircraft connectivity is a very broad subject.

Service providers are the link between networks and customers. They may be offering turnkey solutions to operators as primary providers or specialized solutions as secondary.

The networks are actually platforms that connect sources to destinations. For example, a satellite receives data from a source and relays the information to a destination. To understand why platforms such as satellites and ground facilities are necessary, we begin with a quick physics review of wavelength and frequency.

The electromagnetic spectrum (EM) is a fascinating area of physics that forms the background for many aspects of our lives. Consisting of an electric component and - at 90° - a magnetic component, a sine wave oscillates between positive and negative cycles so many times per second. The rate of oscillation is termed frequency and the higher the frequency, the more cycles of EM energy occur within each second of time.

Imagine a fixed oscillation of 125m cycles per second… that is a Very High Frequency (VHF) waveform oscillating either side of a zero energy level 125m times during one second, or Mega Hertz (MHz). By modulating the peaks of this wave (defined as the carrier wave) at the rate of our speech, 85–255 cycles per second, messages can be sent over long distances.

ATC towers and avionics equipment create these carrier waves, modulate them with the voice from the pilot’s microphone and then transmit them over the airspace.

Once received by antennas placed on each aircraft, onboard avionics remove the modulation from the carrier and process the signal into audio for the pilot’s headset.

Equally, superimposed modulation frequencies can be data (images, text, etc.) for other onboard display devices. This method of communicating is termed Amplitude Modulation (AM). Another method, known as Frequency Modulation (FM), varies the whole carrier waveform at a rate that produces audio or data.

The range of carrier frequencies that we call VHF are only capable of radiating as line of sight, so VHF signals do not follow the Earth’s curvature. Therefore they have limited range but still project information much further than we can ‘throw our voices’. 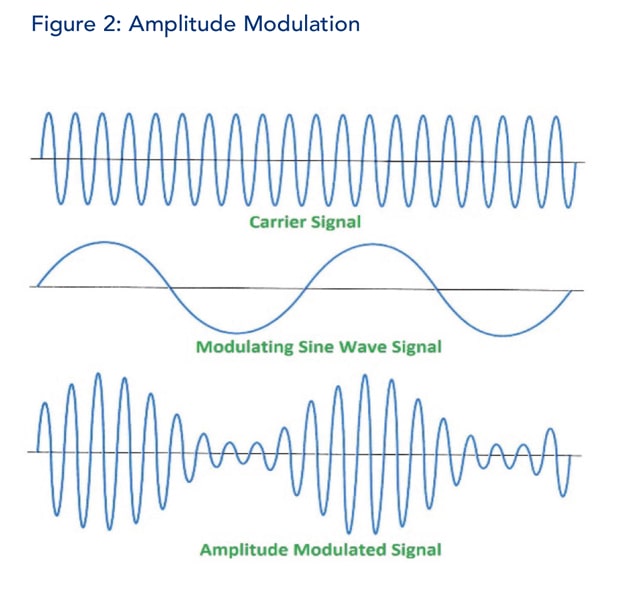 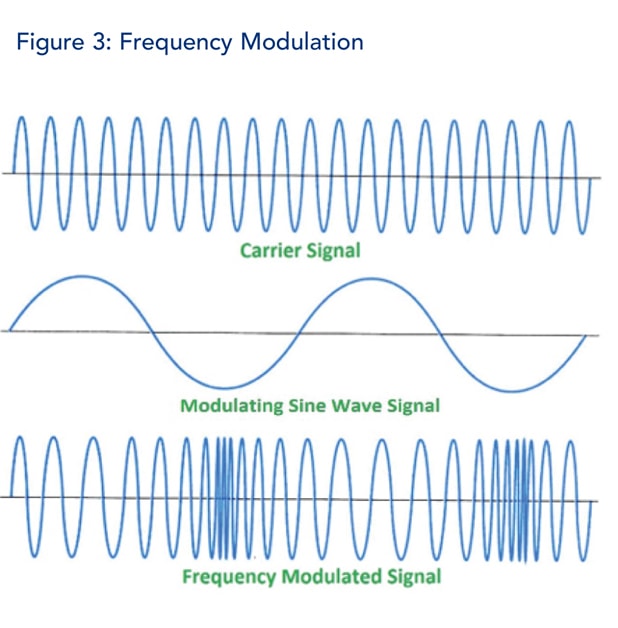 Other frequency ranges behave differently: High Frequency (HF) signals, which cycles at a rate of 2-30 MHz, do follow the Earth’s curvature. Despite the fact HF has served communications on long haul flights for many years, it is subject to all sorts of signal variation. The ionosphere, impervious to HF signals, drifts up and down in relation to the Earth’s surface. 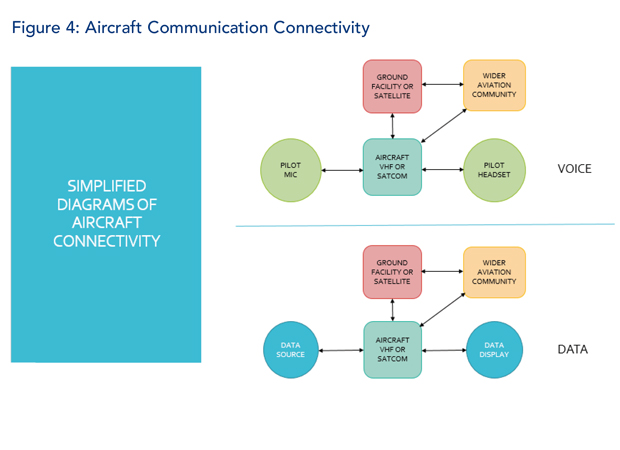 This characteristic causes the deflected HF radiated beam to be shifted as it circumvents the planet due to the whimsical activity of the Sun, causing the HF frequency to drift around and the demodulated signal to fade in and out of reception.

Some time ago satellites became the answer to long-range communication, additionally offering the capability to handle significant amounts of data at very high speeds. Some satellite networks, such as Iridium, use a greater number of satellites (66) in low earth orbits to provide worldwide coverage throughout the entire globe. Others, such as those provided by Inmarsat, use geostationary satellites fixed in space and offer coverage to within about 15 degrees latitude of the North and South Poles.

Using different ground and airborne equipment, ATC and aircraft transmit carrier waves, modulated by voice and data, to satellites operating at frequencies between 1 and 40 Giga Hertz (GHz). More or less, this translates to communication rates a million times faster than existing terrestrial rates.

There are several major and minor satellite networks offering platforms as a means of bi-directional international connectivity between ATC, entertainment and information services for the aircraft customers they serve.

Meanwhile, there are three major (and several partner) ground facility networks offering platforms as a means of bi-directional regional connectivity between ATC, data services and aircraft. Also, multiple aircraft communicate between themselves on similar frequencies and modes to those used by ground stations. 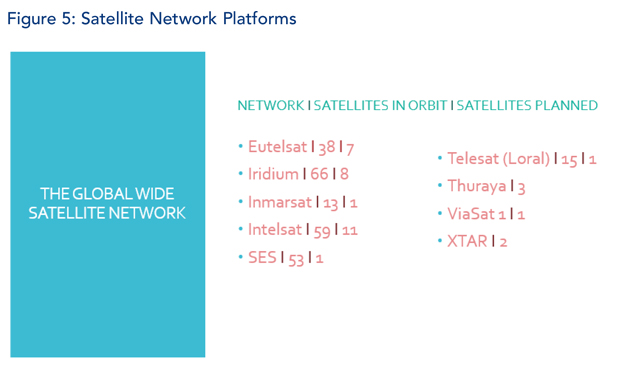 The three major ground based network providers are Rockwell Collins ARINC using ‘Direct’ services for Business Aviation, Honeywell’s Global Data Center (GDC) and SITA. For these ground-based communications, SITA and ARINC work together with respect to VHF and HF frequency allocation and usage.

These major network providers use regional partners to help bring services online and then operate regional ground facilities. Beside satellite communication, and as voice communication transitions into digital data, High Frequency DataLink (HFDL) and VHF DataLink Mode 2 (VDLM2) are taking over as the preferred technology platforms for relaying instructions and messages across the planet.

In 2016, SmartSky Networks plans to emerge as a major phone and 4G LTE wireless network provider for aircraft operators. SmartSky, teaming with Satcom Direct as the service provider, will offer service above 10,000ft using a terrestrial network of air-to-ground (ATG) cell towers, initially within the US, but with an eye on international coverage later. GoGo Biz is an existing ATG provider, in addition to its Iridium services. It offers US coverage and broadband capability for Business and General Aviation aircraft. 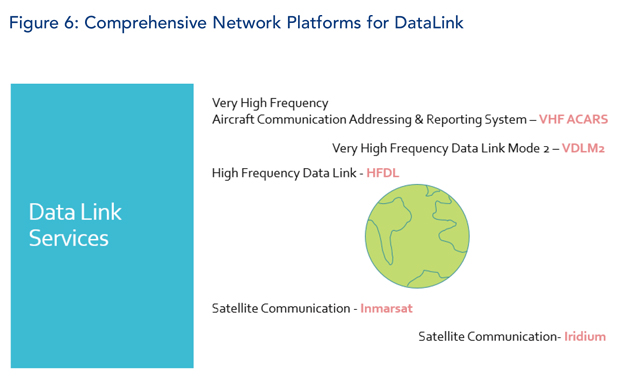 While Rockwell’s ARINC, Honeywell’s GDC and SITA are, in themselves, major ground and space-based service providers, others have emerged to offer a broad range of services. Several providers focus on niche services. For example, ViaSat, with its fast broadband video/internet service, operates a satellite of its own and leases bandwidth from others. This company works directly with business jet operators via its Yonder program.

Remarkably, ViaSat provides the satellite, aircraft avionics and ground network for its fast and reliable internet broadband services broadcast via Ku and Ka band carrier frequencies. Voice and data may be routed through outside service providers such as Satcom Direct.

While some companies own the satellites and provide a partial service, others just offer turnkey solutions.

Companies like Rockwell Collins and Honeywell that do not own satellites engage with operators on many levels, providing the avionics and acting as a service provider. They utilize satellite networks owned and operated by established space technology companies such as Inmarsat or Iridium.

For simplicity, service providers may be split into two main groups. The first group - focused on trip planning - concentrates on providing a variety of services to the aircraft and its crew, both prior to flight and in real time during the flight. The second group covers flight data that address aircraft performance, location, route tracking and recording.

In our previous article we listed no fewer than 18 trip planning service providers. Some of these are well known to all, such as Universal and Boeing’s Jeppesen, offering a wide array of trip services and more. Others may be regionally specific or target their services to a particular operator group.

In that article we also listed nine flight data service providers, many centered on the emerging flight tracking market. Additional providers are emerging. By visiting their competitive websites you may see for yourself the variety and extent of services on offer. 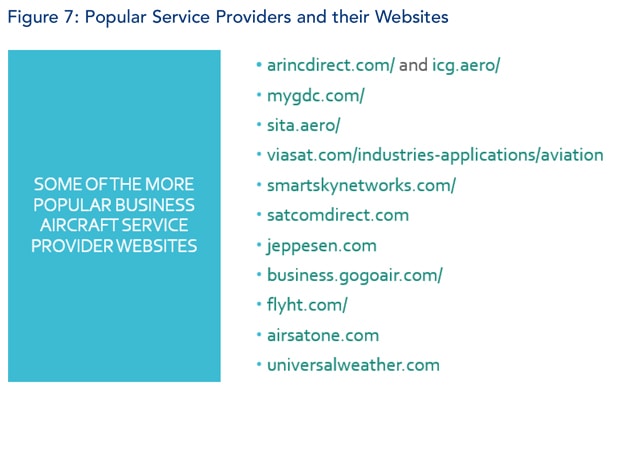 Providers offer different levels of service that may be contracted. Following is an attempt at a comprehensive summary of services by satellite, ground facilities, trip plan, flight data and a few useful tools.

Tools
Data tools are designed to optimize data communication. These include acceleration and data filtering. There are other tools, available for mobile applications and tools for accessing services, such as the NBAA’s ATS information as well as certain medical aids provided by commercial firms.

The space portion uses geostationary satellites positioned, for example, 22,300 miles away from Earth, or low earth orbit satellites at only around 485 miles away. The three primary satellite operators for Business Aviation are Iridium, Inmarsat and ViaSat. Iridium covers the whole earth, including all oceans and both poles, while Inmarsat does not cover the poles. Iridium and Inmarsat own their satellites, but ViaSat owns one and leases bandwidth on others.

The performance of aircraft equipment connecting to the satellites reflects the network’s limitations. For example, Iridium-based GoGo Broadband is currently US domestic and partial Canada, operating at and above 10,000ft AGL, whereas Inmarsat’s Swift Broadband can operate below 10,000ft AGL, including on the ground, and covers a large portion of the planet. ViaSat operates like Inmarsat but with less overall coverage.

Other performance connectivity considerations may introduce limitations for operators, including:

Some services such as GoGo Biz include ATG ground-based domestic capability, as well as satellite coverage. The ground based coverage can provide reliable internet capability at a low cost. Data speeds are typically lower than what terrestrial-based users experience, but are catching up fast. One means of allowing broader bandwidth and higher data rates is to operate at different carrier frequencies. For satellites, the options are:

The use of the Ka band is relatively new and, going forward, appears to be the carrier frequency band of choice. Airborne systems, using this frequency band, are able to stream videos, download large data files and provide video conferencing across multiple onboard devices. Bandwidth can control the speed of data.

For ATG ground-based networks, moving the carrier from 3-4 MHz to 60 MHz reduces data package download time. Latency reduction techniques, meanwhile, reduce the time it takes for any single data byte to go back and forth between the aircraft and ground towers.

It should be noted that with all the commercial airline users and increasing number of business jet users, expanded coverage is still a significant challenge for infrastructure developers trying to maintain a reliable and continuous service worldwide.

Over subsequent articles, we will address how networks and service providers transfer connectivity data into the aircraft, how data are processed, and then how information is presented on board.