Several important technological advances are making their way into business aircraft flight decks, or soon will be. Chris Kjelgaard looks at some of the key advances for assisting pilots and making flights more efficient.

Beyond the important contributions made to flight safety, cockpit resource management and flight efficiency, several other important technological advances are now being – or soon will be – introduced into business aircraft flight decks...

One that is already common in new-build aircraft, but is increasingly also available for retrofit in older aircraft, is flight deck integrated modular architecture (IMA).

By regarding the flight deck as a wholly integrated single unit rather than as a collection of individual line-replaceable units, the IMA concept offers OEMs and aircraft operators several important benefits, notes Eric Anderson, a technical fellow in avionics for Collins Aerospace.

What are the Benefits of IMA to Flight Decks?

Additionally, IMA offers “a lot of flexibility” for flight deck design and function, notes Anderson, “because you can put the processing where it is most effective for the aircraft in meeting customers’ needs in the relatively small spaces in business jet flight decks.”

What this means practically is that “you can move the [flight control] applications around” to wherever they best suit the pilots’ and the operator’s requirements, because IMA flight deck components have “very standardized interfaces”.

Another benefit is that IMA allows flight deck OEMs to provide “a very consistent operational philosophy and user interface”, says Anderson. This includes displaying consistent “colors and shapes” across every display. “IMA particularly helps OEMs, because it allows them to ensure their equipment does what they want in a very consistent fashion.”

Yet another IMA benefit is that OEMs and operators “can add new software definition files through the routing network, so they can upgrade applications easily and the cost of updates is a lot lower, because no new LRUs are needed,” says Anderson.

“There can be a cost benefit, depending on what the customer wants, and we’re also possibly seeing lower maintenance costs and higher reliability. The functions you want today tend to point toward IMA [being preferable]: for instance, FMS integration with forward displays is very clean, and the integration with radio tuning and the data aspects is much cleaner” than in federated flight decks.

As IMA flight decks become common in business aircraft, the degree of connectivity linking the flight deck, the pilots and the ground controllers—what Collins Aerospace and other avionics OEMs call ‘the connected ecosystem’ or ‘the connected cockpit’—is also growing.

Garmin International is at the forefront of this movement, and the company is already providing wireless two-way communication of data on the ground between pilots’ EFBs and the aircraft’s flight management system, navigator and displays hosting FMS functions as well as Bluetooth two-way communication in-flight, via Garmin’s line of Flight Stream wireless multimedia cards.

Garmin is also leading the movement by avionics OEMs to expand voiceless data-link radio communication between ground controllers and business aircraft cockpits beyond its well-established use in the FANS 1- and FANS 2-equipped flight decks of long-haul aircraft operating transoceanic and remote terrestrial routes.

In US domestic airspace, as the FAA extends its Data Comm voiceless datalink service for Departure Clearance Service and Pre-Departure Clearance (DCL/PDC) at control towers at 60 major airports, Garmin is providing what Scarpone calls a “unique” capability.

“We’re pulling the price point down both for equipage and for the service price,” says Scarpone.

Only when this happens—and when US domestic air traffic grows to a more-dense level—are datalink-equipped aircraft likely to receive preferential treatment, Anderson reckons. At that point, “being properly equipped will make your flight more efficient,” he says.

As the FAA’s ERAM-data-linking capabilities grow, “eventually also we will see [datalink] clearances over the Internet—Internet Protocol on radio frequencies.” Anderson estimates that usage of Data Comm datalink clearances in US domestic airspace will be “up and running by the early 2020s and solid by 2030”, but says “growth is not being pushed by any particular timetable.” 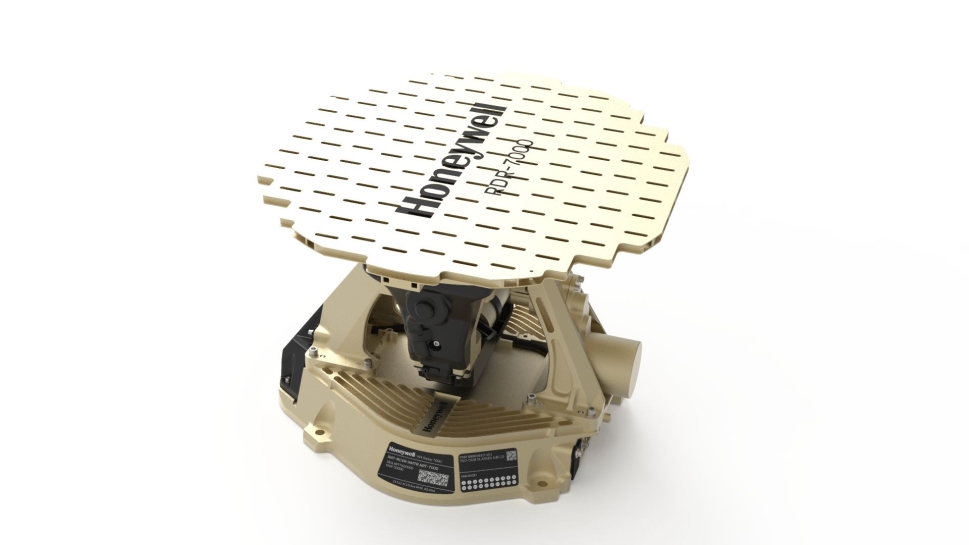 Currently being developed by Honeywell Aerospace, ‘Connected Weather’ technology represents another example of the growth in connectedness and data communication between the flight deck and the ground. The technology works by streaming to the ground in real time the huge volumes of data generated in-flight by the aircraft’s compact but very powerful Honeywell IntuVue RDR-7000 weather radar.

On the ground the data from all installed aircraft in a given fleet is combined and re-broadcast to each aircraft to give the pilots a very detailed picture of all weather conditions over any given part of a very large area—such as North America, where the technology is first being made available.

Connected Weather will offer pilots all sorts of new weather-alerting capabilities, such as predictive windshear, hail and lightning identification, and medium-range turbulence detection.

However, says Mike Ingram, vice president and general manager of cockpit systems for Honeywell Aerospace, “I think it will take a little while for a big enough amount of data” to be accumulated to allow the system to become fully capable.

“There won’t be enough data initially to mesh to create real-time weather [-alerting].” One important conceptual concern, which Honeywell is working through now, is “who will pay for transmitting the data off the aircraft?”

It is particularly important for pilots to keep themselves updated with the data they need to fly and to navigate the aircraft during times of flight when they need their eyes up and looking outside the cockpit, and to keep their heads swiveling to identify any potential traffic or terrain conflicts.

Presenting this data in easily understandable ways at such times is a major challenge, one which perhaps has never been fully met in business aircraft flight decks. Until now. On behalf of Thales, which developed the display technology, StandardAero is working on a supplemental type certificate for installation of a head-mounted, full-color, wearable head-up display (HUD) called TopMax for the Bombardier Challenger 350.

The augmented-reality system will provide exactly the same operational benefits as fixed-position HUDs, according to Thales:

Compatible for either eye, weighing 1.1lb as a headset and offering 360-degree full-color vision capability, the TopMax is customizable to the pilot’s head and is claimed to be easily retrofitable and quick to install. It can provide an SVS display, as well as EFVS and combined-vision system displays.

The Future of Voice Control

One important flight deck technological hurdle already leaped by Garmin is the voice-control system the company offers for its GMA 350 series of audio panels. Garmin’s voice-control system has been certificated for its retrofit navigation units, and allows pilots to perform functions such as tuning radios and checking destination weather.

However, voice control of avionics remains a topic of debate among the leading avionics OEMs, particularly regarding the potential the technology might create for confusion and misunderstanding in two-pilot cockpits.

Voice control could be unreliable in flight decks where each pilot is performing a high workload; where the two pilots have notably different accents and voice timbre; where their command of standard aeronautical English terminology might not be complete; and/or where the background noise level in the cockpit is high.

Avionics engineers believe artificial intelligence could be very valuable in providing the machine-learning required for flight decks to recognize all voice control commands faithfully and reliably.

But until such systems offer much more reliability, voice-control systems for flight decks— particularly two-pilot flight decks—may remain untrusted by some.

“I’m somewhat of a skeptic,” says Anderson (who is also optimistic that eventually voice control could become a highly important flight deck technology). “There are so many things we could use it for. As we move towards the potential of single-pilot large airplanes, we will need more natural communication—and voice [control] has to be part of that.”

According to Anderson, in a single-pilot large aircraft flight deck, the pilot could use voice control to have the avionics handle checklists automatically, to perform cockpit resource management functions with automated system, and to control radio tuning—including datalink frequencies.

However, “I just don’t see it coming in the near term,” he says. “It fundamentally has to be recognizing the voice request under all operating conditions, and then we have to make sense of what makes sense from the human factors standpoint.”

But what might well make sense as the next wave of technological advancement for business aircraft and GA flight decks are autonomous capabilities such as Garmin’s Autoland function, Scarpone concludes—“particularly in the single-pilot world. Autonomous capabilities will become more prevalent and more in demand.”

Cabin Management Systems: Which are the Best for...
What's Next for BizAv Cockpit Technology?
Avionics Upgrades: Integrated or Individual Solu...