In-Flight Connectivity for All

Big jet connectivity is spreading into small jets and turboprops... 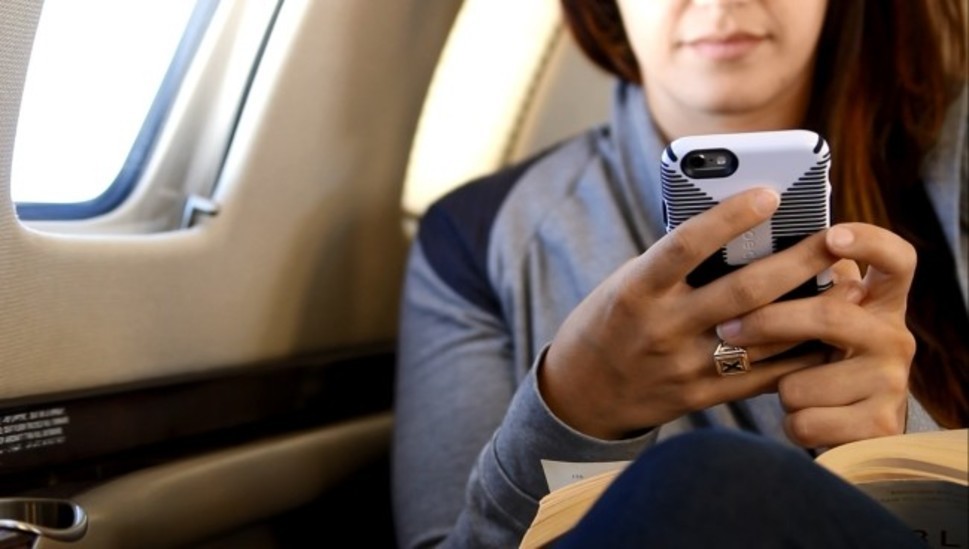 With passengers expecting to communicate with the world wherever they are flying, the aircraft cabin is no exception, notes Dave Higdon. Avionics OEMs are rising to the challenge of building smaller, lighter solutions for smaller, lighter aircraft…

You’ve undoubtedly noticed aboard the scheduled airlines the seat-back pocket card or in-flight magazine page describing terms, conditions and log-in instructions for in-flight Internet, delivered to the device of your preference via Wi-Fi. Airports themselves long ago joined the Wi-Fi world.

With airliners and business jets increasingly equipped with Wi-Fi Internet connectivity, our world continues to narrow the coverage gap to the point that it is possible to maintain connectivity as you move from office to car; car to airport departure lounge; through the airport and onto an airplane, and back in a car to the hotel – where more Internet connections await.

Business Aviation users long-ago began to enjoy In-Flight internet access and In-Flight connectivity (IFC). It only takes an installed router, Wi-Fi connectivity in the cabin, and software applications to link user devices to the aircraft hardware.

IFC has grown so ubiquitous, however, that a functional system takes on the status of a de facto Minimum Equipment List item for an increasing number of charter passengers.

Thanks to the proliferation of aircraft equipped for IFC, the increase in their system performance, the decline in access costs and the democratization of once cost-limited devices – smartphones, portable tablet computers, et al – means almost everyone who boards can hook up to text, email and internet to the limits of the aircraft's capacity. How quickly in-flight access has expanded!

Early during  the evolution of in-flight connectivity, as with so many aspects of Business Aviation, hardware took up space, added weight, required significant power and was costly. Services needed to utilize equipment also were expensive. Thus the appeal and adaptability of cabin connectivity was limited to operators with bigger aircraft and larger budgets.

Even as the costs declined for hardware and service, market penetration predominantly remained within the realm of the largest business aircraft. But as with other aviation technologies, weight and power needs shrank. Today the latest hardware solutions come in sizes small enough to fit in propjet singles, cabin-class piston twins, high-performance piston singles and even some small experimental aircraft, while new solutions can power the connectivity for narrow- and wide-body bizliners alike.

“We have Wi-Fi access at home, at work, in restaurants, bars, airports, even automobiles,” one business aircraft passenger was recently overheard saying. “Why should an airplane be any different?” So avionics makers have been busy resolving this question, “Why should in-flight access depend on aircraft size?”

And they're answering as their engineers, designers and developers further shrink the size, weight and power demands of IFC systems, producing ever more-compact and efficient systems suitable for a wider variety of aircraft.

The first thing to understand is the anatomy of an in-flight Internet-access system and how it fits into the aircraft world. Aircraft equipment typically faces aviation's penchant for light weight and high performance, low-power drain and high reliability. A satellite-based package includes:

With in-flight connectivity's transition to digital from its analog audio roots, developers have also been creating systems of size, weight and costs that make them viable options for older business turbine aircraft.

One such example came earlier this year from 328 Design, a completions, refurbishment and aircraft maintenance operation, which won the first FAA STC for the Dassault Falcon 50EX to replace the original cabin management system/in-flight entertainment (CMS/IFE) with a newer, more capable, more modern Rockwell Collins Fusion CMS/IFE. Featuring Wi-Fi connectivity for electronic devices, the Fusion CMS/IFE came during a complete cabin refurbishment that included replacement of all hard and soft materials.

As it has with past STC projects, 328 Design collaborated with Duncan Aviation. Previous collaborations included 328 Design's work with Duncan on an EASA STC for several other business jet models, including the Falcon 900EX, 2000 and 7X, plus Bombardier's Challengers and Globals, and Cessna's Citation Excel+.

In-flight connectivity arguably began when flight phones first broke the cockpit's communications monopoly and gave the cabin occupants a way to call outside the aircraft. Today's more-evolved cabin communications options extend to systems that provide a gateway for Earthbound phones to call in-flight smartphones – globally, wherever they're flying.

True North offers a top product in this field, with its Cabin Gateway providing aircraft owners significant flexibility to upgrade their airborne cabin-communications equipment. With a single configurable unit tailored to match the operator's specific requirements, the True North Gateway can deliver everything from simple voice calls to more complex, comprehensive airborne-office-suite functionality, including compatibility with wireless connectivity and 3G mobile communications services.

Avionics maker BendixKing helped energize the market for in-flight connectivity in smaller aircraft last year with the launch of Aerowave 100, which sports one of the world's smallest antenna footprints for satellite connection. With this new Active Low-Gain Antenna (LGA), the company promises high-speed in-flight Internet connectivity, but at more-affordable prices than previous solutions.

It’s packaged to fit into General Aviation aircraft from larger piston singles to twins, propjets and light jets. BendixKing boasts that the new LGA is the world’s smallest-footprint Inmarsat LGA antenna, allowing discreet installation on much smaller airframes. And by integrating a WAAS GPS receiver into the antenna, the company greatly simplified installation by eliminating the need to interface between an on-board position source.

New lighter-weight components provide installers with more flexibility on where to mount the hardware. BendixKing also attempted to simplify tracking usage and billing by designing simpler service plans, ones with fees based on hours of usage versus data used.

The company's goal is to allow pilots, passengers and business owners to stay connected with the world in-flight – but without worrying about costs.

Avidyne, meanwhile, brings the latest tilt toward providing airborne connectivity in partnership with Globalstar, an alliance developed to provide a satcom, Internet and voice systems solution for light to midsize Business and General Aviation aircraft.

The alignment calls for Avidyne to use its dealer network to provide the hardware solutions to individual aircraft owners and OEMs while Globalstar provides the satcom infrastructure via its second-generation satellite network. The partners promise connection speeds as high as 256 kilobits per second (kbps), depending on antenna.

Equipped aircraft will tap into Globalstar's network of Thales Alenia Space-built low-Earth-orbiting satellites to provide coverage over most areas of the world where Globalstar has supporting ground infrastructure. As with other new systems, the partners' use of CDMA protocol for their satcom allows callers on the ground to dial a normal 10-digit telephone number when phoning an equipped airplane.

Further details of the two partners' products and services for Wi-Fi-enabled airborne connectivity “will be forthcoming,” according to the companies. Stay tuned…