With inflation on the rise, Brian Foley looks to historic trends to highlight why this may not be a bad thing for Business Aviation…

Inflation has been dominating worldwide financial news headlines for some time now, as the 'transitory' phenomenon extends beyond one year. After enjoying rates averaging around 2% in the US for the past decade, in March 2022 inflation rose to the dizzying year-over-year rate of 8.5%, the likes which has not been seen in 40 years.

There are several explanations typically offered on how we got here, ranging from the considered to the whimsical. Reasons such as ‘supply chain challenges’ and ‘rising worker wages’ are commonly referred to, while some prefer the ‘Putin Price Increase’ finger-pointing, even though inflation and gas prices were rising months before any military build-up.

While all of these are contributory to inflation, there is another, often neglected reason that is arguably one of the chief reasons. Though it’s largely a US-based factor, it needs to be mentioned since the region accounts for two-thirds of the Business Aviation market.

This under-appreciated inflation contributor is known as the M2 money supply, which in simplest terms is the amount of liquid monies circulating in the economy. It includes things like hard currency as well as easily accessible cash from savings and checking accounts, and other deposits less than US$100k…

The U.S. government has been embracing Modern Monetary Theory lately, which suggests more money can just be printed without consequences. This was demonstrated with its stimulus initiatives during the pandemic, which flooded the market with cash and put more money in people’s pockets

As a result of this action, the M2 money supply exploded 40% in just two years – an extraordinary and sudden influx of cash to spend. Suddenly, consumers had the wherewithal to financially compete with one another to buy homes, used cars and other goods, driving prices ever higher. There is now too much money chasing too few goods.

Business aviation has been around long enough to allow us to look back and see what happened during inflationary times. One example was around the 1980 timeframe, when annual inflation growth flared at the rate of 14%.

As Elon Musk recently said, “It’s generally better to own physical things…than dollars when inflation is high”, and there’s no better way to switch from cash to hard assets than by buying a multi-million dollar business jet.

This was the mood near 1980 when industry deliveries of new business jets more than doubled between 1976 and 1981 as annual inflation steadily grew from 6% to 14% (see chart above). While speculation later factored into the steep delivery climb, the initial upswell was started by the rush to physical, high-value things to offer some portfolio inflation protection.

The genie is now out of the bottle and inflation will continue to run in the near term, and perhaps beyond. While predicting future economic trends is always a bit of a gamble, it’s conceivable that we’re in for a period of ‘stagflation’ – little economic growth with high inflation.

Despite this, history suggests that Business Aviation offers a perceived haven to investors, which will keep industry deliveries growing despite other economic headwinds.

Half-a-million global business jet sectors were operated worldwide in April 2022, up 16% compared to April 2019, according to WingX Advance.

March and April 2022 have seen the highest ever daily operations (around 11,000 sectors per day). As economic headwinds build, there may be early signs of tapering, with the last week of April seeing comparative growth of 11% versus the same week in April 2019, down on the monthly trend.

Nevertheless, business jet travel continued to outstrip the scheduled airline sectors, which was down 53% compared to April 2019.

Business jet departures in the European region climbed to 60,000 in April 2022, up by 16% compared to April 2019. Despite the darkening macroeconomic outlook, growth in flight activity accelerated in the last week of April.

Business jet activity outside North America and Europe was very strong in April, up 50% on April 2019.

“Demand has tapered slightly in the US, mainly in the charter market, which may be hitting capacity limits. This year’s comeback in Private and Corporate flight activity is maintaining the overall positive momentum.”

Total inventory remains nearly 57% lower than the June 2020 peak, but no group posted an availability decrease for April, suggesting aircraft demand and availability may be close to, if not at, equilibrium for the time being.

The average Ask Price for the tracked models decreased 4.2% during April, but is still up 32.9% YTD, and 9.4% Year-over-Year (YoY). Actual transaction values for young, low-time aircraft continue to be higher, but that’s to be expected, given that many of these aircraft are transacting without a ‘for sale’ listing.

Not surprisingly, April’s Maintenance Exposure increase and Ask Price decrease raised the ETP Ratio to 68% from March’s 12- month low of 65.3%, but not all groups were negatively impacted.

For those not familiar with the figure, the ETP Ratio is a useful indicator of an aircraft’s marketability. It is computed by dividing the asset's Maintenance Exposure (the financial liability accrued with respect to future scheduled maintenance events) by its Ask Price.

‘Days on Market’ (DoM) analysis has shown that when the ETP Ratio is greater than 40%, a listed aircraft’s time on the market increases, usually by more than 30%. During Q1 2022, assets whose ETP Ratio was 40% or higher were listed for sale more than 62% longer on average than aircraft whose Ratio was below 40% (308 versus 500 Days on Market).

During April, nearly 41% of the tracked models, and over 54% of all listed aircraft, posted an ETP Ratio above the 40% excessive mark.

The ‘off-market’ aircraft sales phenomenon continues to impact statistical clarity, but do not confuse the slight uptick in availability as a decrease in demand. Buyer interest continues to be impressive, leaving overall availability at only 3.2% of the active fleet, compared to 7.7% one year ago.

With traditional corporate buyers beginning to make fleet replacement plans, more pre-owned aircraft will enter inventory at some point. Limited new-production increases are likely to extend that occurrence further than pre-owned buyers might like, but the industry is likely to benefit from OEM cautionary production increases that should help overall pricing stability.

Large Jets: Availability only increased by two units (or 1.4%) for Asset Insight’s tracked 43-model Large Jet fleet, but that represented a second consecutive monthly increase to the group’s inventory.

The listed pool is down by 16.7% YTD, and nearly 63% since the June 2020 peak. But at least the figures are moving in the right direction, from a buyer’s perspective.

The group’s Quality Rating continued its impressive climb, setting the group’s second consecutive all-time high/best, at 5.987 – a figure that is in seriously ‘Outstanding’ territory, and also represents a 6.2% improvement YoY. Maintenance Exposure did not follow the Rating’s path, however, worsening/increasing 3.4% in April, and 9.5% YoY, to approach the group’s 12-month worst value.

Ask Price posted an eye-watering 13.6% increase to establish an all-time record high average for the group (this was also the only group to post an increase in April). That equated to more than a 52% increase YTD, and over 69% YoY.

Needless to say that dramatic price increase helped improve the group’s ETP Ratio, dropping it to 37.9%, reflecting the group’s second consecutive 12-month low figure (and below the 40% excessive mark). While many listed assets may not be of interest to buyers, the reason is certainly not the aircraft’s maintenance status.

The Quality Rating approached the group’s 12-month low, decreasing 0.7% - a figure that left the group within ‘Very Good’ range, but about 4.6% worse YoY. The good news is that although more maintenance events are coming up, they are expected to be less expensive to complete, as Maintenance Exposure decreased/improved 6.5% for the month (although the figure was 4.5% higher YoY).

Average Ask Price fell 1.2% but remained very close to March’s 12- month high figure. That value represented a 63.2% increase YTD and more than 25% YoY. All these changes negatively influenced the ETP Ratio, but only slightly, raising it to 69.8% from March’s 69.1%.

Considering the limited availability of Mid-Size Jets, many sellers may be in a stronger negotiating position than they realize.

Light Jets: The Quality Rating for the 29-model tracked fleet of Light Jets improved 2.7% to a 12-month high/best 5.359, boosting the group into ‘Excellent’ territory through a figure that was also 4% better YoY. Unfortunately, Maintenance Exposure rose/worsened 4.8% during April, indicating that maintenance coming due will be more expensive to complete, albeit 7.2% lower YoY.

As one might expect, the Maintenance Exposure increase and Ask Price decrease negatively impacted the group’s ETP Ratio, raising it to 93% from March’s 90.5%. The listed assets creating these figures increased by 8.4% (19 units) in April, lowering the group’s YTD inventory decrease to 8.6% – the smallest contraction among the four groups.

The number of Light Jets listed for sale is now only 37.4% lower than the June 2020 peak, also representing the smallest differential among the four aircraft sets. However, with only 3.5% of the active fleet listed for sale, selection is still relatively limited.

Turboprops: Of the four groups, the 17 Turboprop models tracked by Asset Insight offer more selections per unit than any jet group, at 9.3 (versus 8.2 for Light Jets; 3.9 for Mid-Size Jets; and, 3.2 for Large Jets). Listed units increased 4.5% in April (seven aircraft), equating to a 24.8% decrease YTD, and nearly a 57% reduction since the June 2020 peak.

The latest listings increased the number of upcoming maintenance events, reducing the group’s Quality Rating to a 12-month low of 4.958, and dropping Turboprops into ‘Good’ territory from March’s ‘Very Good’ range. The 1.9% monthly decrease virtually equaled the YoY reduction.

All things considered, many Turboprop and Large Jet sellers have ample opportunities to structure value-based transactions. For those carrying the burden of a Mid-Size or Light Jet currently listed for sale, their aircraft’s marketability, and related value, are substantially more limited. 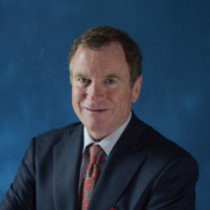