Financing: Which Aircraft are Most Likely to Qualify?

Is the goal of getting financing for a used aircraft really so difficult in today’s BizAv marketplace? Global Jet Capital’s Vivek Kaushal discusses, offering tips on ways to maximize your chances when selecting your next aircraft.

Is the goal of getting financing for a used aircraft really so difficult in today’s Business Aviation marketplace? Global Jet Capital’s Vivek Kaushal discusses, offering tips on ways to maximize your chances when selecting your next aircraft…

If you’re thinking about financing an aircraft, you’ve probably heard that it’s relatively easy to obtain funds for a new aircraft but that financing used jets is a thornier proposition.

That’s mostly true, but even for a new aircraft, there is no guarantee of securing funding. It’s important to remember that not all new aircraft are created equal. Lenders will always wait for a new model to prove its performance and demonstrate some trading history before going ‘all-in’.

Existing models with a solid installed base and performance history are usually acceptable, with a few exceptions.

While it’s mostly true that financing for new aircraft can be more easily obtained than for used, within the used realm there’s significant variation in what lenders look for and what kinds of risk they’ll tolerate. Generally speaking, a used aircraft can indeed be trickier to finance.

Some lenders, especially those that don’t specialize in aviation financing, won’t finance aircraft over five years old, while for others, ten years is the cut-off.

These are largely arbitrary numbers, and experienced aviation lenders know that there are more important considerations than arithmetic based on model year.

Useful or not, some banks rely on these simple weeding-out measures because they’re constrained by conservative credit risk policies or by a lack of knowledge. Neither is conducive to a holistic approach to used aircraft financing.

Thus, if you’ve got your eye on a used aircraft that’s got a little more history between its wings than some lenders are comfortable with, don’t despair. Older aircraft can qualify for financing, but obtaining it would typically mean engaging a specialized aviation financing partner who can work with you and navigate some of the industry particulars.

The more performance history that’s available for an aircraft model, the better. Models that have been well-accepted in the market will almost always be more likely to qualify for financing.

For each cabin class, some models demonstrate better-than-usual value retention. These will typically have been in production at a high volume and will boast a well-documented operational and financial track record.

Models with short production runs and low trading volume may be viewed more cautiously as collateral for financing.

Data on a model’s installed base and recent trading history (number of pre-owned aircraft on the market/average days to trade) is typically available on AMSTAT or JETNET.

An aircraft is more likely to qualify for financing if it’s at or below fleet average usage for its make and model. Bluebook and other guides can provide this information, which is a key indicator of how much service life an aircraft has left.

If the aircraft’s usage level is significantly higher than average, lenders may get concerned about the aircraft’s remaining useful life because of heavy usage. A heavily used aircraft will tend to sell more slowly.

To qualify for financing, an aircraft must be in very good operational condition with no history of material damage. Damage to the aircraft will be assumed to affect its reliability and value, regardless of how comprehensive the repairs. All avionics have to be up to date, with no doubt over airworthiness. All technical upgrades must be in place as well.

One major maintenance-related consideration that may affect a lender’s decision is whether the engine is cared for under a power-by-the-hour (PBH) program or not. Most lenders consider PBH programs to be a favorable approach to mitigate the risk of expensive engine repair costs.

Another consideration is when the next major inspection is going to take place. An airframe inspection can be expensive and take a significant amount of time. A thorough review of the aircraft’s logs and maintenance history will help to flag such issues.

In a nutshell, the main obstacle to financing used aircraft is the complexity of the deals themselves. Some lenders struggle with the complex considerations that go into evaluating the risk of financing a used aircraft, especially if they don’t have robust aviation knowledge.

Those that rely on a simple exclusionary process may rule out perfectly airworthy and viable aircraft in favor of preserving a cautious risk posture. All too often, a traditional lender will ask for other forms of collateral, such as significant amounts of assets under management which it has a right of set off, rather than rely on the value of the asset or the credit of the borrower’s business.

Someone with domain knowledge can engage with the industry’s complexity and structure a transaction that works for the aircraft, even helping clients navigate the inspection process.

As an example, Global Jet Capital was about to close on financing an operating lease for a ten-year old Bombardier Challenger 605 when a problem was identified with the aircraft’s APU requiring it to be sent to Honeywell for an estimated eight-week repair.

A lender unfamiliar with aviation might have considered this a “red flag,” and its policies may have also precluded it from holding its financing commitment for that length of time, leading to an end to the deal and possibly a lost deposit if the right contingencies weren’t in place.

Instead, our understanding of the space meant we understood the need for the repair and were able to work through the delay seamlessly. Once the overhauled APU was installed, the deal closed successfully.

So which jets are most likely to qualify for aircraft finance? A lot is possible when you find the right partner for your Business Aviation financing and understand what matters to lenders.

Used aircraft continue to represent terrific value for savvy buyers. Keeping in mind the three major considerations relating to a used aircraft’s finance-worthiness, you should be able to find a used aircraft that suits your business goals and save yourself the disappointment of a rejection. 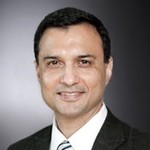