Millennials in BizAv: What are the Opportunities?

Millennials are changing the world as we know it for better or worse depending on your perspective. Michael Francis asks, what is their impact on Business Aviation and what are the opportunities they’re likely to bring?

Michael Francis is a Vice President with 1st Source Bank’s Aircraft Lending Division and is responsible...

Millennials are changing the world as we know it for better or for worse depending on your perspective of the change(s) at hand. Michael Francis asks, what is their impact on Business Aviation? What are the opportunities and changes that they’re likely to bring?
You may not appreciate avocado toast (yet), but few among us haven’t benefitted from, or been impacted by the new ideas emanating from the Millennials, and manifesting into new business models like Uber, Spotify and Facebook.
How, and in what form, Millennials will change Business Aviation is a conversation in its infancy, given the oldest Millennial is in his or her late 30s and still accumulating the wealth necessary to utilize a business jet in a meaningful way.
Yet although, in general, finance lenders have not yet seen a meaningful change in how Millennials borrow money, the way they may use Business Aviation could alter how aircraft lenders provide acquisition financing in the future.
The Sharing Economy
We’re still some time away from drone-like air taxis dotting our skies, but new business models adapting the “Sharing Economy” model (i.e. Uber, AirBNB, and others) to Business Aviation are making it easier to interface with this demographic – and at a price point lower than it’s historically been.
Surf Air, Wheels Up and JetSuite are three well-known examples of companies getting attention lately for their transformative business models. Although each of these companies differ in execution, one similarity is they all own or lease at least some of their aircraft, which have some form of secured debt financing.
Not only have these companies started to change Business Aviation, they are also creating new opportunities for aircraft lenders.
New Model of Financing?
Although charter companies have been around since the dawn of private aviation, they’ve often been thinly capitalized and own older, high-time aircraft. This has created a challenge for lenders to finance these companies, since they are usually looking for a borrower with a strong enough balance sheet to weather downturns in the market, and an aircraft which will provide secure collateral with minimal variability in value.
However, a primary tenant of these new Sharing Economy companies is having access to a fleet of aircraft they have control over, affording them flexibility and responsiveness, which is difficult to do without owning or leasing the aircraft.
Given the capital required to acquire an aircraft, this usually requires some form of financing. The difference with these new companies though are that they’re a far cry from a “Mom and Pop” charter operator with one aircraft, but have seasoned management and multiple rounds of funding from committed funders and investors.
Traditional aircraft lenders have had a difficult time financing companies at this stage in their growth, but the validation of these companies thriving and becoming profitable could create a real opportunity for lenders to move beyond the traditional model of financing high net worth individuals and companies.
What’s the Key
The key is closely watching the success of these companies, and also understanding how to redeploy their aircraft in the event of a bankruptcy or downturn in the market.
The demand for high-time aircraft used in a high utilization environment, typical of charter operators, is minimal especially during a down market. However, if the concept behind these new companies thrives, that should increase demand for higher time aircraft as aircraft operators are relatively relaxed about total time on an airframe, but rather are focused on how much “life” is left in it.
Considering cash has been more popular than debt or lease financing over the past decade, the opportunity to finance these new companies could be a significant opportunity for aircraft financiers in the decades to come.
Although it’s likely sharing a ride with strangers in your “private aircraft” will be the wave of the future, we’ll see about the avocado toast.
More information from www.1stsource.com/business/specialty-financing/specialty-financing/aircraft-and-helicopter 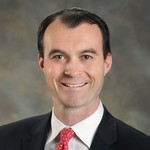 Michael Francis is a Vice President with 1st Source Bank’s Aircraft Lending Division and is responsible for finance originations and relationship management primarily in the Eastern half of the United States and Canada. He has an extensive background in general aviation having been involved with sales, marketing, financial analysis, loan structuring and aviation operations. Prior to joining 1st Source Bank, Mr. Francis was a Vice President of Sales with CIT Business Aircraft Finance, managed private aviation for a large family office, and was a regional sales manager for AirShares Elite.