What are the Aircraft Financing Trends in 2019?

Who is seeking aircraft financing in 2019, and how are they obtaining it? Have the financing trends changed – and what’s the outlook going forwards? Rohit Jaggi gets insights from financiers Dave Labrozzi and Martin Ormon…

Who is seeking aircraft financing in 2019, and how are they obtaining it? Have the financing trends changed – and what’s the outlook going forwards? Rohit Jaggi gets insights from financiers Dave Labrozzi and Martin Ormon…
Business jet sales tend to follow the money. And the US economy performed unexpectedly well in the early months of 2019. Yet Business Aviation growth is slowing, in the US and the rest of the world, and business jet sales are being hit by a number of factors.
Sales of new and used jets saw an uptick in 2018 as US tax cuts and changes in the rules on accounting for airplanes took effect. Increasing demand and steadier prices for used jets also signalled the return of some big banks and financiers to the sector, after having their fingers burnt following the financial crisis of 2008.
But does that mean financing private jets is becoming easier for buyers? And are specialist lenders being frozen out by competition from the big players? Two companies that play to their strengths in different parts of the business jet financing market illustrated the challenges.
Dave Labrozzi is chief operating officer of Global Jet Capital, which focuses on aircraft aged 15 years and younger.  He says that the big finance corporations are focusing on their high-net-worth clients and the biggest corporate names, but their interest flags when it comes to complicated deals, or anything other than loans secured on the value of the aircraft.
Martin Ormon, whose Aircraft Finance Corporation services a US market for older aircraft with loans of $1m to $7m, is more scathing. “[The big bank lenders] believe their model is the best model – and it puts a noose around the customer’s neck.
“They still want to make it an asset-based loan. An aircraft is not an asset – it depreciates from the second you step in the door and fire the engines up. Far more so than an automobile.”
Playing to Strengths
Ormon’s niche is credit-based, 20-year loans that keep the cost of payments down and are based on the customer’s ability to pay. Offering the example of a customer for whom he refinanced a loan on a Bombardier Challenger 605, Ormon reveals the customer had been paying a bank $70k a month.
“With us that became $29k a month,” he illustrates. “Who is going to default first? A guy with a $29k monthly payment, or a guy with a $70k monthly payment?”
It’s also true that those who don’t really need to borrow can do so more easily. “The high-net-worth individuals we do business with can dig into their pockets for the $50m-$60m cost of a jet,” says Labrozzi.
“But they don’t – they prefer to put their money into their business and get double-digit returns.” The leasing deals Global Jet Capital can put together allow them to do that and have a jet.
What’s Different About Today’s Aircraft Financing Market?
Labrozzi is confident that there is not too much froth in the market. That was part of what happened after the financial crisis where lenders were spooked by falling asset prices into calling in their loans.
That helped produce a cycle of further price deterioration and an increasing number of repossessions. “I don’t see that perfect storm,” says Labrozzi. “What is different this time is that the major manufacturers are building significantly fewer airplanes.” And that should help maintain values.
But another factor helps here: A shortage of high-quality used/pre-owned jets. “Low-hour, clean airplanes are hard to find,” Ormon notes. “In the pre-owned jet market the products are not as high-quality as they were just a couple of years ago. The really great airplanes are out there, but they’re hard to find.” 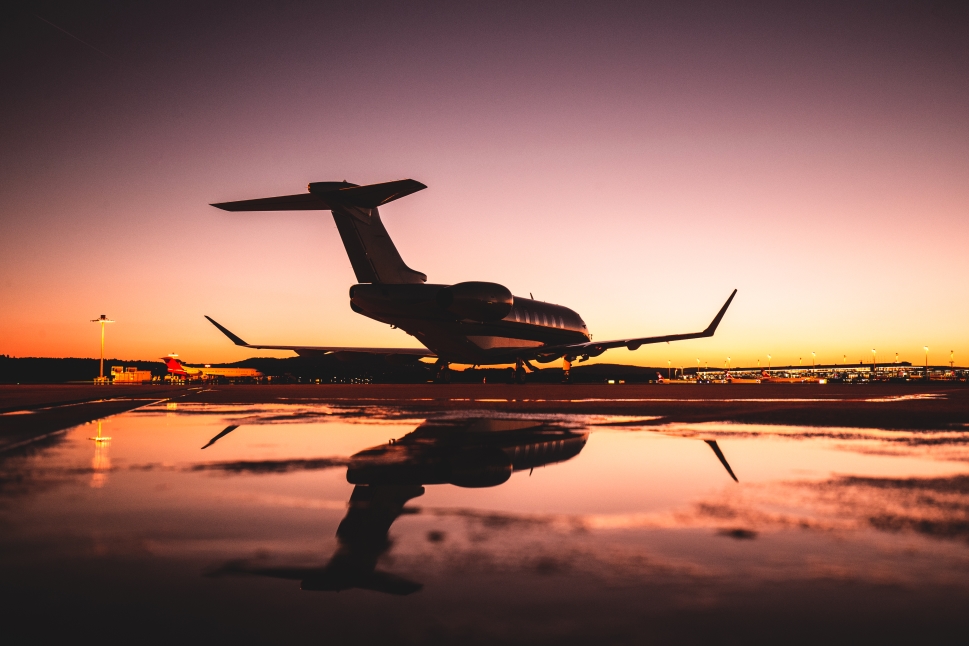 Was the US Tax Cuts Impact on Aircraft Sales Limited?
A natural question is whether the effects of the US tax cuts and accounting changes, signed into law at the end of 2017, have already fed through?
“The tax law change did give the industry a shot in the arm,” says Labrozzi. But it wasn’t the benefit that many thought: “People bought a jet before the end of the tax year, but then found it was a lot more difficult to deploy the tax benefits.”
As a result Global Jet Capital has done a lot of sale and leaseback deals, because, as a leasing specialist that turns over a lot of aircraft, it can utilise the full tax benefits. “The bottom line is that it’s helped our business,” Labrozzi says.
According to Ormon the buying ability of his customers and potential customers has not been significantly dented.
“These guys are buying Hawker 850 for $16k a month. They’re putting $400k down. Sure, you could pay first class for $16k a month, probably non-stop around the world, but that’s not their mentality. Our clients have the cashflow, they’ve got the cash, and that’s what they want to do.
“So – with $200k a year in payments and another $700k a year to maintain the airplane and fly it (pilots and everything) – that’s less than $1m a year to own a Hawker.”
Looking Ahead for Aircraft Financing
Global Jet Capital’s Q1 2019 market briefing points to trade tensions and fears of market volatility, but sees demand for new business aircraft rising at the same time as a shortage of high-quality used jets impacts the number of used aircraft sales.
Labrozzi expects a steady market over the next couple of years. His customers are responding to economic and trade uncertainty by putting the tools in place they need to do business (including private aircraft).
He also believes that the sector is in a trade-up replacement cycle. “A lot of my customers are getting ready to take delivery of an airplane they ordered two years ago and it’s time to move their existing airplane,” he says.
Moreover, some highly desirable airplanes (such as the Dassault Falcon 7X) were undervalued recently when there were a lot on the market. Now the market is absorbing them quickly, Labrozzi says – they are likely to be on the market for only an average of six months.
Ormon paints a slightly different picture. “I’d say that lending is down 15%. The aircraft sales are there – there are a lot of people paying cash for $2m and $3m airplanes, because interest rates have been low for a while and companies have just received a tax cut. Companies are awash with cash that they are not necessarily putting back into the business.”
So the number of deals Ormon is doing is down. “Our biggest year, 2017, was 56 deals, with an average value of about $3.2m,” he says. “Our 2018 average was $2.9m, and today we’re probably doing around 35-40 deals a year. I don’t see anything changing unless we have a major financial crisis. I think this is the new norm.
“The outlook for my sort of financing is good,” Ormon concludes. “The Hawker 800 is becoming a thing of the past and now we’re getting [better-quality] Hawker 850s and 900s that are in that price range.”
Labrozzi is also optimistic. “There’s always plenty of business to go around,” he concludes. “I just want to get my unfair share of it…”
More information from www.aircraftbanker.com or www.globaljetcapital.com

Enhance Your Chances of Aircraft Financing
Flight Department 101 to Understanding Aircraft ...
Financing: Which Aircraft are Most Likely to Qua...