What are RNP AR Approaches, why are they beneficial, and who can execute them? Mario Pierobon provides answers to these questions and more… 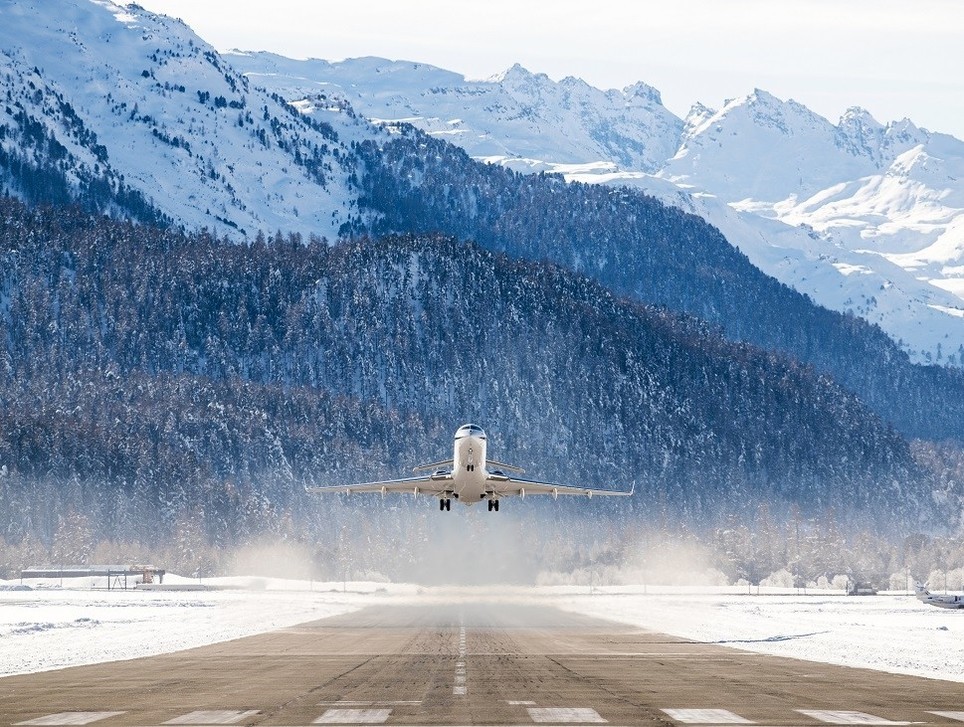 Performance Based Navigation (PBN) has been one of the main evolutions of navigation in Business Aviation over the last several years. Mario Pierobon explores RNP AR, which falls under the PBN umbrella...

Today, under the PBN umbrella, there is a particular type of navigation specification that has started to develop critical mass: The RNP AR approach requires a higher level of performance, and allows for a reduced protected area for obstacle clearance. We will look at the definition of the navigation specifications and the aspects related to obstacle clearance and operational approval.

Required Navigation Performance (RNP) enables an aircraft’s navigation system to monitor the navigation performance it achieves, and inform the crew if the requirement is not met during an operation.

This on-board monitoring and alerting capability enhances the pilot’s situational awareness. The amount of clearance required over obstacles is the same but the area evaluated for obstacles is reduced. Certain RNP operations require advanced features of the on-board navigation function, and approved training and crew procedures.

These operations must receive approvals that are characterized as Authorization Required (AR), similar to approvals required for operations to conduct Instrument Landing System (ILS) Category II and III approaches.

“An RNP AR APCH (approach) is a procedure that allows for narrow, linear obstacle clearance corridors in the procedure design, due to the assurance of specific navigation performance provided by aircraft on-board position monitoring and alerting systems,” summarizes Jim Johnson, Senior Manager of Flight Technical Services at Honeywell Aerospace. What makes RNP AR APCH unique is the authorization.

Moreover, RNP AR could also include curved flight paths – called radius-to-fix (RF) legs – in any segment of the flight procedure, including final approach. “This provides added flexibility to implement approach procedures where traditional straight-in procedures could not be accommodated,” Johnson highlights.

“The regulatory authorities have labelled these procedures as AR, because of the monitoring and alerting systems required on the aircraft, as well as the pilot training required for the approaches. A formal approval in the form of a letter of authorization or operation specification is required for operators wanting to fly these approaches,” he clarifies. 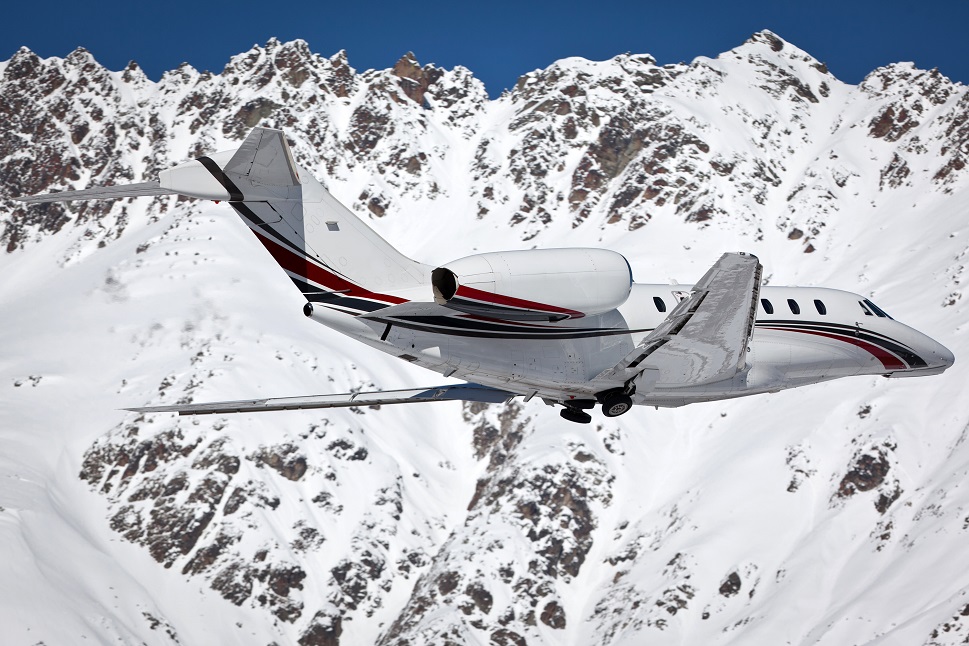 The RNP AR APCH has been developed to allow procedures to be implemented in challenging obstacle environments where conventional obstacle protection surfaces limit the possibility of implementation.

According to EUROCONTROL, the dimensions of the obstacle clearance surfaces are reduced, but the risk is mitigated by imposing specific aircraft performance requirements, additional crew training and targeted flight operational safety assessments.

The FAA uses FAA Order 8260.58 for RNP AR APCH procedure development. There are similarities between the documents, but there are some minor differences too.

In an RNP AR APCH, obstacles can be located as close as two times the RNP value, relative to the centerline of the lateral path, and RNP values can be as low as 0.1nm.

There is also a target level of safety set at 10-7 for the procedure, says Garmin, where 10-7 represents “the probability that the aircraft could ever deviate outside the 2 x RNP obstacle clearance surface for any reason”.

In addition, RNP AR allows for turns to be implemented after the Final Approach Fix (FAF), allowing even greater flexibility for the trajectory design.

According to NAVBLUE, an Airbus company specializing in RNP AR implementation projects, given the high-performance requirements from the aircraft and crew, and the highly accurate nature of the instrument flight procedures, to fly such procedures an operator must obtain approvals from their regulator and the regulator who oversees the airport concerned (if different).

The approval to perform RNP AR approaches depends on certain conditions that need to be met, according to Tom Harper, Director of Marketing at Avidyne. “The aircraft must be ‘qualified’, and include dual FMS/GPS, dual air-data computers, dual autopilots, and a single IRU, and where no single-point failure can cause loss of RNP-compliant guidance with system monitoring of Total System Error (TSE) of 10-5”, he adds.

“The crew must also have authorization similar to those for CAT II/III ILS operations. The key here is that one needs the avionics, the aircraft, and the aircrew all to be authorized to do an RNP AR APCH,” he underlines.

Operators who want to fly RNP AR procedures must first obtain an operational approval. The FAA process for obtaining such is described in AC 90-101A (Approval Guidance for RNP Procedures with AR).

To obtain the approval, Garmin says operators must prepare and submit information on the following: 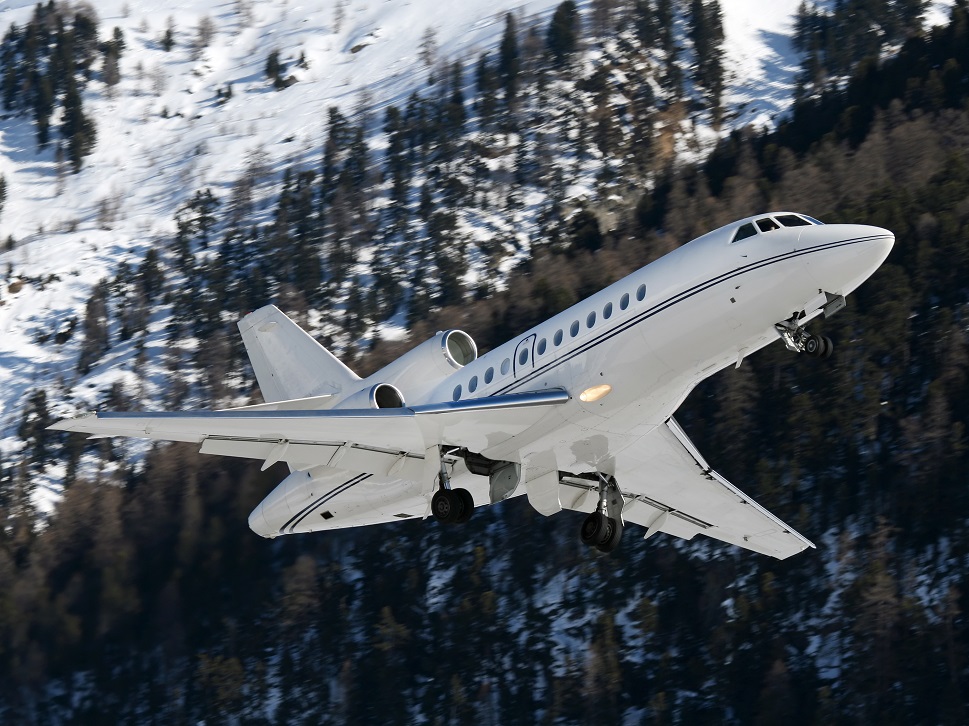 There is also the need for a description of the RNP AR monitoring program, including the data collected on RNP AR operations, the Minimum Equipment List (MEL), and validation test plan, demonstrating the capability to conduct RNP AR approach operations and proposed operating conditions or limitations, Garmin adds.

Finally, under EASA air operations requirements, the operator needs to perform a Flight Operational Safety Assessment (FOSA), notes EUROCONTROL, which adds that this might be necessary for every individual RNP AR approach procedure that they wish to be authorized to fly.

According to Johnson, a few of the operational benefits of RNP AR approaches are the improved access to terrain-challenged airports through approaches with lower weather minima; traffic de-confliction allowing fewer delays into congested airports; and, for those challenged by restricted airspace, increased safety with clearly defined lateral and vertical flight guidance.

Where are RNP AR Approaches Found?

Despite the advantages, in Europe RNP AR approaches are still fairly uncommon, with the procedures available at only around 20 airports in the European region. EUROCONTROL says that RNP AR approaches are usually implemented to allow access to aerodromes in challenging mountainous environments, such as Innsbruck in Austria, and in Switzerland.

They can also be found in the Azores, Norway and Sweden, EUROCONTROL adds. The FAA currently has 402 RNAV (RNP) charts (the chart name for RNP AR APCH in the US) in the FAA Inventory.

“RNP AR can be a precision tool for potentially alleviating a specific operational challenge, such as terrain in Kathmandu; turbulences and low cloud in Vagar; take-off payload challenges in Tibet; and traffic separation in multi-runway operations,” Thornberry elaborates.

“RNP AR design criteria have been used in departure at Guatemala to improve payload, and in Cape Town to drastically reduce track miles,” he adds.

As alluded to, RNP AR approaches are typically found at runways in mountainous terrain, including in Alaska, New Zealand, Peru, Chile, Ecuador, and Indonesia — all places where terrain restrictions make the installation of ILS systems impossible. 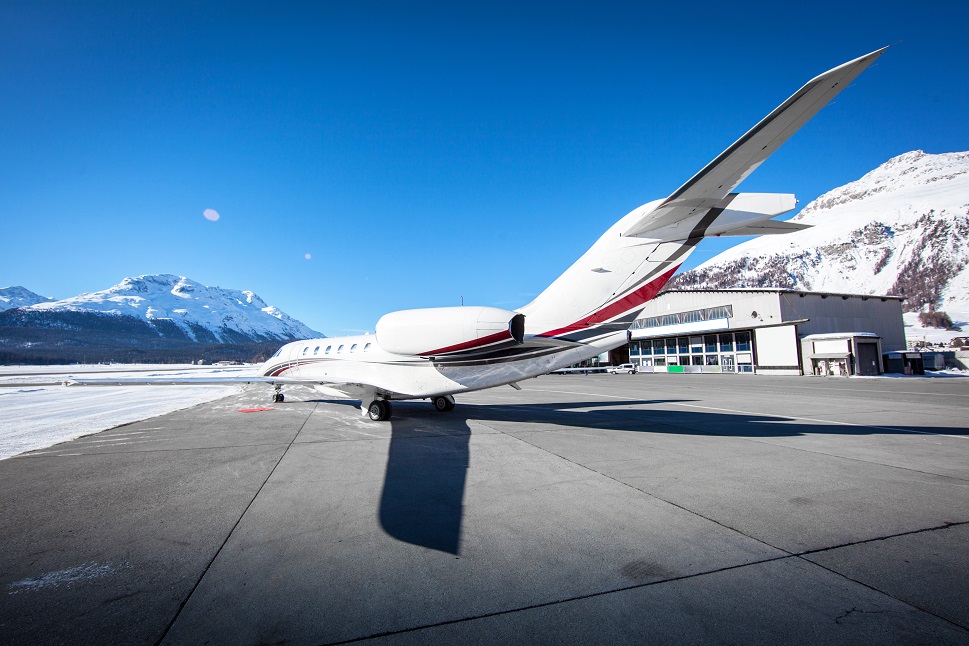 RNP AR APCH requires an RNP system based on the use of GNSS and an on-board inertial system (IRU/IRS). The extent to which this equipment is available on business jets will vary, but some models, particularly the larger ones, may qualify, EUROCONTROL highlights.

The operational approval is a different matter, it adds, but again with the appropriate infrastructure (training and procedures) supporting the operation, it should be achievable.

For the larger business jets, the training simulators also exist and are sufficiently representative for RNP AR qualification. Smaller business aircraft, and certainly privately-owned aircraft, may be more challenging.

EUROCONTROL says: In Europe, they would still have to apply for Part-SPA, and, without an air operator certificate (AOC), that may be difficult.

The aircraft need to be equipped with FMS navigation with multi-sensor capability, Garmin says. RNP AR approaches require GNSS as the primary navigation sensor, plus a back-up navigation sensor that can maintain the required RNP after loss of the GNSS signal-in-space.

Most existing RNP AR approvals have used an inertial navigation sensor as back-up for loss of GNSS, Garmin notes.

There must also be sufficient redundancy so that no single failure could cause loss of RNP capability. The aircraft manufacturer must demonstrate airworthiness for RNP AR using FAA AC 20-138D (Airworthiness Approval of Positioning and Navigation Systems) as a means of compliance. In the course of obtaining the airworthiness approval the aircraft’s minimum RNP capability will also be established, Garmin explains.

Since RNP AR capability implies significant additional aircraft capability, as well as a complex airworthiness approval process, RNP AR is currently available on a relatively small number of business jets, Garmin says. Upgrades may be available from the aircraft’s OEM.

“Several companies are offering varying levels of retrofit avionics for legacy business aircraft designed to add RNP or RNP/AR functionality”, he says. “Avidyne’s new ATLAS FMS system, which is currently nearing certification, is designed to support RNP navigation and RF legs, and we are monitoring customer demand for possible RNP AR approval in the future.”

The RNP and Estimated Position Uncertainty (EPU) must be displayed by the avionics along with the ability to display the arc on RF legs, says Johnson.

“The CDI [Course Deviation Indicator] also must be scaled to RNP. RNP AR approach capability will be clearly stated in the aircraft flight manual or supplement.

“These capabilities have been well-leveraged across business aircraft in recent years, while the manufacturers that have certified RNP AR on their aircraft have it available from the factory.”

The MMEL usually includes the requirement for avionics systems, notes Thornberry. “Each OEM can provide guidance on what is possible for each aircraft type. For example, the Airbus Corporate Jet (ACJ) can be upgraded to perform RNP AR procedures.”

A Note on the Operating Procedures

Specialized initial and recurring flight training for operators of business aircraft is also required through an approved training provider. “Since navigation data accuracy is critical for RNP AR approaches, regulatory authorities require that coded data for approaches be validated each cycle,” Johnson adds. “Operators must have an approved process and be capable of conducting these validations.

“Honeywell offers a RNP AR Navigation Database Validation Service for operators of Honeywell-equipped aircraft certified for RNP AR. Honeywell’s service is approved by the FAA and meets the requirements for data validation under AC 90-101A”.

“The basic approval requires the operator to demonstrate that the aircraft documentation, procedures and other key aspects such as RAIM [Receiver Autonomous Integrity Monitoring] prediction and navigation database validation are in place (both of which are provided by NAVBLUE). In addition, the crew flying the procedure need to have authorization, so they need to undergo dedicated training.

“Then, for each specific approach, the operators need to provide a flight operations safety assessment (FOSA) where the aircraft performance is checked for the procedure and the various failure modes,” Thornberry concludes.

Read about the latest in BizAv Avionics. 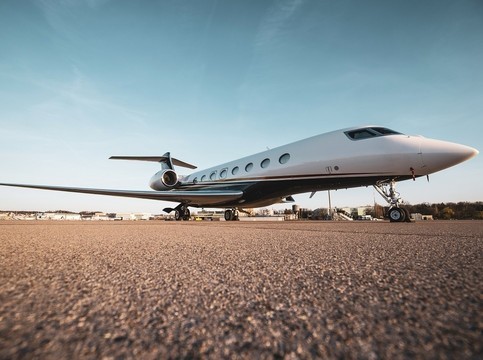 The Return of Flight Activity: Plan Your Roadmap 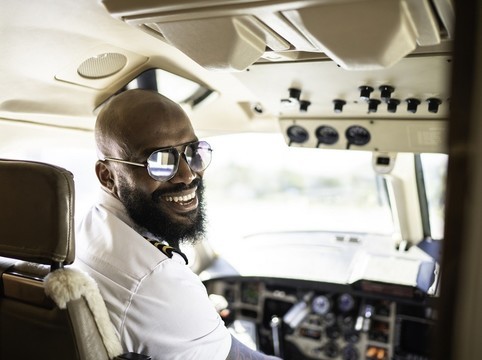 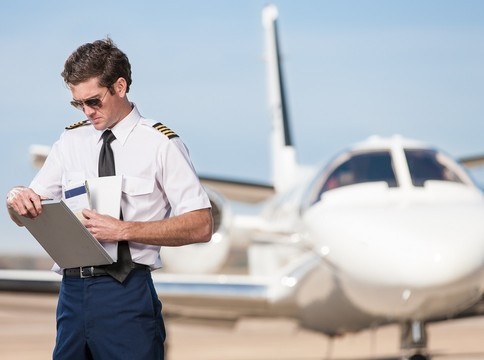 How Single Pilots Can Offset Risk in BizAv Cockp...