HeliGroup - The Difference is Experience

HeliGroup is a relatively new name to the British helicopter scene, but a name that is likely to come up in conversation more and more as they challenge a number of long-held views. 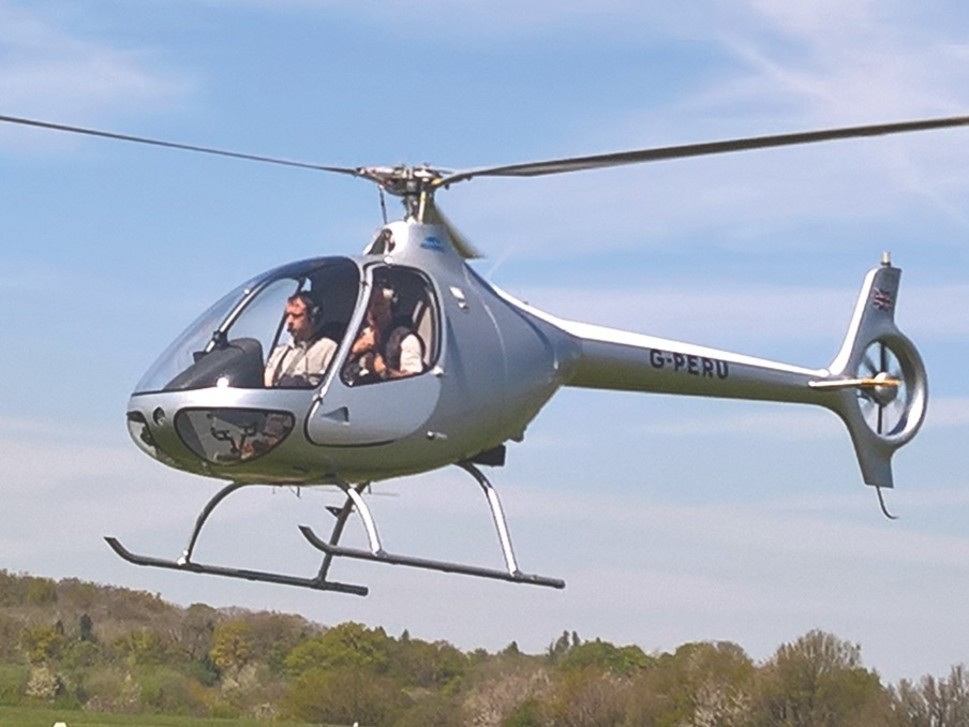 Although not on the scale of Uber, Spotify or Airbnb, HeliGroup could be seen as disruptors with their new approaches.  The company presents both Guimbal Cabri G2 helicopters and a brand new Airbus AS355NP Twin Squirrel here at Heli UK Expo.

Earlier in 2017, HeliGroup became the distributor for the Guimbal Cabri G2 in UK and Ireland through the introduction of a significant amount of capital.  This move has led to stepping up a gear in both the sales and leasing of Cabri G2 helicopters, building on the existing success of the UK which already has the largest national fleet of this type across the world.

The Cabri G2 is itself a disruptor in the piston helicopter market.  In 2016, more examples of the Cabri G2 were built at the factory in southern France than Robinson built R22s at their production line in California.  In figures distributed by the British Helicopter Association, the Cabri G2 is the only piston engine helicopter to show a fleet increase between 2012 and 2017, growing from zero to 26 at the time of their survey on 1 April.  As a comparison, the Robinson R22 fleet fell by 40 from 176 to 136, and the Robinson R44 fleet by 55 from 272 to 217.

Built at Aix-les-Milles, the Cabri G2 has been developed by engineer Bruno Guimbal, who previously worked for Airbus Helicopters in the days they were called Eurocopter, and Aerospatiale before that.  As a fully composite fuselage, the inherent strength and technically more advanced ground-up approach have been instrumental in the success of the type, which is now flown in 27 countries around the world, with new distributors being added all the time.  The Cabri G2 today flies in Canada, USA, Brazil, South Africa, Australia, New Zealand, Vietnam and most countries in Europe.

Here in the UK the success is well-demonstrated by the 200th Cabri G2 on display at Heli UK Expo.  Resplendent in its Union Jack colours, G-IZOO features a full Aspen Avionics EFD1000 Evolution digital avionics system with a Guimbal-developed advanced multi-function vehicle monitor.  The two displays now standard on modern glass-cockpits - an Attitude Display Indicator and a Horizontal Situation Indicator - although relatively new to the piston helicopter market. The Attitude Display Indicator features a tape-style Altimeter and Airspeed Indicator, and in keeping with the Cabri G2 common ab-initio training mission, mechanical ASI and Altimeters are retained as standard too. The Horizontal Situation Indicator has with multiple GPS/VOR inputs, as well as traffic awareness displays linked to ADS-B or FLARM. The Aspen panels ensure the Cabri G2 is perfectly adapted to the missions it has based its success on - ab-initio professional training and private owner operator flying. Training schools flying the Cabri G2 are finding that this feature allows an easy and direct transition to twin turbine, glass cockpit helicopters for pilots aiming at flying professionally.

HeliGroup's approach to the UK market with the Cabri G2 includes an innovative range of leasing packages - something widely available in the US helicopter market for a number of years, but hardly ever seen up to now in the United Kingdom.  Primarily aimed at helicopter schools, HeliGroup has six Cabri G2 helicopters on lease to UK customers at present, and this number will increase - and potentially double - in the next 12 to 18 months.  With attractive lease rates, HeliGroup offers a training school a package based on a minimum number of hours per month, but with flexibility built in to meet the customers utilisation.

For the UK charter market HeliGroup has also taken delivery of a brand new Airbus AS355NP Twin Squirrel.  Delivered in mid-May from the production line in Marignane, France, this helicopter is dedicated full-time to the UK charter market, and has been fitted out accordingly.  Complementing the charter role, with minimal role-conversion, this new aircraft is available for a range of missions from external load lifting and other aerial work tasks, right though to VIP passenger charter.  So whether you are arriving at London Oxford Airport and need a helicopter shuttle through to the NetJets London Heliport at Battersea, or you want to lift stones up to rebuild a hill-top path in the Peak District, HeliGroup's new aircraft can be on hand for you.

The Twin Squirrel has been a very successful aircraft for Airbus since it was first certified, and HeliGroup have been able to secure one of the very last 355s off the production line and have contracted with Airbus Helicopters UK for a comprehensive maintenance plan.  Well known as a filming platform and widely popular in taking spectators to sporting events, the AS355NP model has full FADEC for engine control and monitoring, and the Safran Arrius 1A1 engines allow Cat-A take-off at max gross weight in temperatures of up to 25C at sea level.  The NP also has an upgraded main rotor gearbox, allowing an extra 200kg external load over earlier models, and the HeliGroup aircraft is fitted with a hook for this sort of work.

HeliGroup operates from both Wycombe Air Park (Booker) and London Oxford Airport, where they have established their Guimbal Cabri G2 Centre of Excellence. This facility includes both a new sales office and a dedicated training centre.  Launched in February, the sales office is within the Airbus Helicopters UK complex and is run by Ed Sale.  As Business Development Manager, Ed has responsibility for the sales and leasing of Guimbal Cabri G2s in the UK and Ireland. The range of training offered by HeliGroup provides complete solutions for Private and Commercial Pilot Licences, as well as Flight Instructor and Instrument Ratings.

Helicopter management is another part of HeliGroup, and the company has experience of managing twin turbine helicopters on behalf of their owners.