Should You Consider a Corporate Helicopter?

The mysteries & myths of the modern rotorcraft… 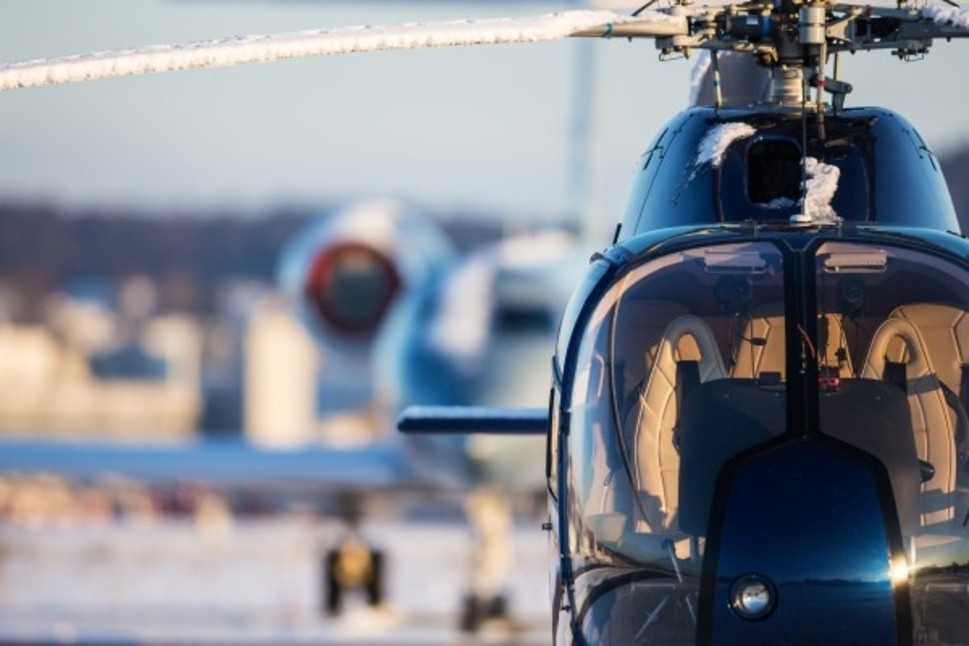 Cutting through the myths of helicopter operations, Dave Higdon discusses some of the questions operators should tackle and understand when considering a rotorcraft for the flight department…

A pilot acquaintance recently shared a concern that his company was considering adding a helicopter to its flight operation, or possibly even replacing the current propjet twin with a helicopter.

Truth be told, neither option excited him since both would require new training. He had added a helicopter rating to his license many years ago, but after a short time flying EMS helicopters he landed his current job operating the propjet twin.

Now the pilot was fielding daily questions from his boss and his supervisor, many of them rooted in the myths and misinformation denigrating helicopters - and many of them undoubtedly heard over years of flying.

Those questions were in addition to the predictable enquiries about differences in costs, maintenance and other operational issues. Disposing of some of the myths proved relatively easy. Answers to the fact-based questions helped his boss continue to consider the idea.

The differences between helicopters and fixed-wing aircraft are substantial. Hover here as we delve into some of those differences, first addressing the myths and then the solid facts...

People generally understand that without engine power fixed-wing aircraft retain their ability to glide, allowing them to retain some capacity for controlled flight.

Helicopters, however, depend on the main rotor-blade rotating at a speed capable of generating lift. They do not beat the air into submission (as one common line describes), however. And since rotors don't instantly stop upon an engine failure occurring, helicopters also continue to fly under control after the powerplant cuts out.

By decreasing the pitch of the helicopter’s rotor blades (using the aircraft’s collective control) and descending, the pilot can achieve the rotorcraft equivalent of gliding, which is called ‘autorotation’. The pilot's collective control input preserves rotor-blade rotation and converts the potential energy of the helicopter’s altitude into rotational energy of the whirling rotor blades.

While descent rate is high, the aircraft is maneuverable. Helicopter pitch attitude, and thus airspeed, is controlled conventionally with the pilot’s joystick, which in helicopter parlance is called the cyclic control.

At the appropriate altitude for arresting the helicopter’s descent, a coordinated application of cyclic control for flare and collective control for converting the rotor’s rotational energy into lift results in a soft touchdown even when no engine power is available.

Autorotation is a maneuver practiced over and over in helicopter flight training, and it works well.

Similar to fixed-wing aircraft, however, without power there are no go-arounds. Gravity always wins regardless of aircraft category. So practice, timing and the control movements play large roles in preparing for the rare possibility of engine failure in a helicopter. 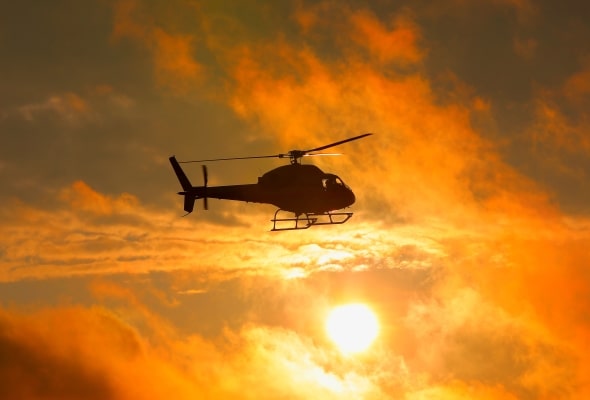 Overall, according to the safety statistics of various institutions, the risks of traveling by helicopter run at about the same level as flying fixed-wing. Just like in fixed-wing aircraft, most helicopter accidents stem from operator error as opposed to mechanical failure.

Leading the lists of operator-error accidents are:

Of the list above, modern technology offers an increasing array of tools to help pilots avoid CFIT, wire strikes and weather encounters.

It also bears noting that many types of helicopter operation put them in close proximity to obstructions and obstacles in their missions that few fixed-wing aircraft would encounter using airports.

One popular line compares flying a helicopter to trying to balance one-legged atop a beach ball while simultaneously rubbing your stomach. Hogwash!

Aviators experienced in both fixed-and rotary-wing aircraft stress that flying a helicopter is really no more difficult than flying an airplane, though it’s obviously different.

Practice is the key component of success in both types. And many a person became a pilot starting out in helicopters.

Admittedly, the per-seat costs of business turbine helicopters can run higher than comparable turboprops and jets. And learning to fly helicopters runs at a higher per-hour cost than fixed-wing. But like much of Business Aviation, some of these comparisons are relative.

Fuel expenses tend to run higher per flight hour on a horsepower-to-horsepower basis because helicopters are not as aerodynamically efficient as airplanes. Maintenance costs can be higher simply because of the complexity of the powerplant, rotor and control systems, and because inspection intervals typically are more frequent.

But in mission-focused terms, helicopters offer capabilities unavailable from fixed-wing aircraft – and that should be the only basis for comparison.

Myth 5: You Can Land Helicopters Anywhere...

Airspace and local zoning ordinances have a say in where airports are built, helipads constructed, and where one can legally land a helicopter. More than one property owner learned the hard way that owning a large plot with room to land a helicopter didn’t make actually doing so OK with their local authorities, with the FAA and (especially) with neighbors.

That said, the flexibility of helicopters make them ideal for off-airport missions. They’re also very good for travel from legally-established heliports and helipads to airports or other legal landing sites.

And they can access remote locations (where legal) with no runway. All they need is sufficient space to handle the vehicle’s approach and departure profile and to prevent rotor strikes. (Only appropriately certified multi-engine helicopters are authorized to conduct vertical takeoffs and landings.)

Myth 6: Helicopters are all the Same

Helicopters vary in sizes, in types, in powerplants and, consequently, in mission capabilities. One size, one version, absolutely does not fit all. Selecting a helicopter for a business use should parallel the process of choosing a fixed-wing aircraft.

The first step in the process involves identifying how the machine will be used. What's its primary mission the majority of the time?

For example, if your envisioned use mainly involves cross-country flights of more than 350 miles or more, a helicopter may not be your best option – unless, that is, the destination frequently requires landing in a remote location far from airports (oil sites, mines, farms and ranches, for example). 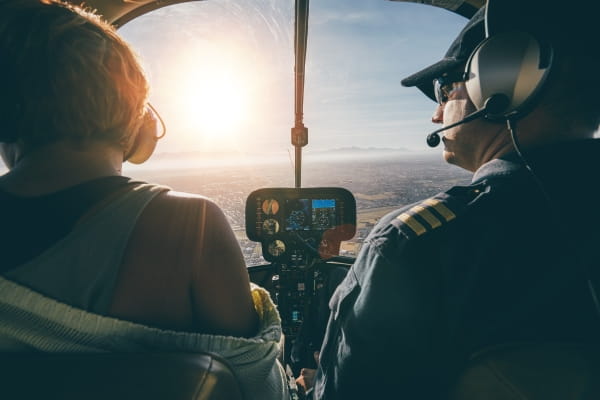 For making short hops between heliports 100-200 miles away, a helicopter may be the suitable option.

Do you need to carry a lot of people or equipment to remote locales? There are helicopters suitable for that, just like there are utility fixed-wing aircraft capable of using short, unimproved strips. Speed wise, they may be closely matched.

Perhaps you need to pick up from an urban heliport and fly to a nearby airport. The helicopter beats all alternatives for this scenario, particularly when there is dense traffic between that office building and the airport.

Depending on the territory to be transversed, a multi-engine helicopter may be the smart option; particularly for missions over unimproved landscape. Ditto for equipping with floats when flying over-water missions.

Nothing about helicopters competes cost-wise with most fixed-wing aircraft of similar size and power. That applies to purchase, operating and maintenance costs.

This isn't to say a helicopter can't match or exceed the time savings of a fixed-wing competitor. Depending on how and where it's used, a helicopter may be a better time-saver simply by its ability to pick-up and drop-off in locations no fixed-wing aircraft can access. For getting people to the airport fast, few options can beat a helicopter with an office-district landing option.

Purchasing a turbine-powered executive helicopter may be price competitive with an airplane – depending on how many seats are needed. But maintenance costs reflect the greater complexity of the helicopter itself. The vehicle’s engine drives the main rotor and tail rotor through a gearbox – with a long drive shaft between that transmission and the tail rotor.

But for operators with the need for what helicopters do best, fulfilling the mission is the goal. Then it's a matter of picking a helicopter to meet those needs.

Where to Find the Right Helicopter

Many dealers and brokers focus on helicopters, and the Helicopter Association International (HAI) in Alexandria, Va., can be a good starting point for researching helicopters and their use.

As it approaches its 70th birthday, HAI offers tremendous resources for operators and would-be helicopter users. Visit them via www.rotor.org.