Business Aviation so indispensable that its aviation department has grown over the years. 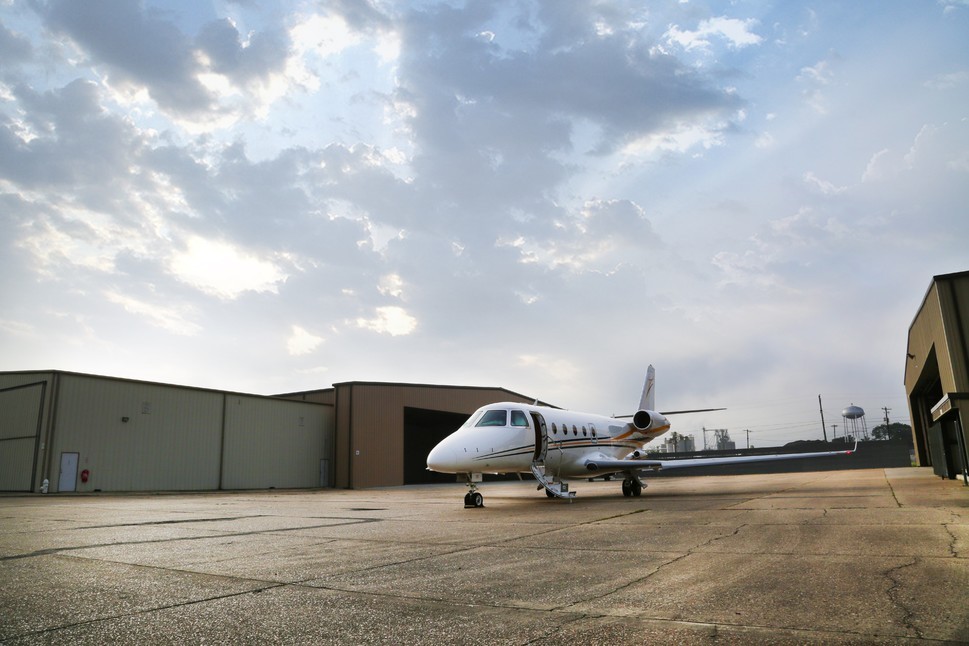 Sanderson Farms supplies poultry all over the US. Rani Singh finds out more from Manager of Aircraft Operations, Zane Lambert.

Zane Lambert wanted to be a pilot ever since he was in high school. Today he’s running the aviation department for Mississippi-based Sanderson Farms, managing a sizeable aircraft fleet and several teams.

“Sanderson Farms has made a conscious decision to use business aircraft to effectively manage its business,” he told AvBuyer. “Our headquarters is 90 minutes from the nearest commercial airport with any reasonable airline options, as are most of our outlying facilities. One day on-site for a manager from the home office would require most of a day on either side of that for airline travel.

“This turns a one-day out-and-back on a corporate aircraft into a three-day excursion at best if we used the Scheduled Airlines. After you’ve added in two nights in a hotel, extra meals, lost productivity and time away from home and family, those ‘expensive’ corporate jets become simply a piece of equipment that the company uses to efficiently carry out its operating plan.”

“If a customer calls at noon on Friday and needs help, we will be there before close of business that day,” he elaborates. “If a customer needs to better understand how their product runs through one of our plants, we can pick them up at an airport near their home or place of business, transport them to our facility using the local airport, and have them home that afternoon.

“Building customer relationships is vital to any business, and business aircraft are one more tool Sanderson Farms uses to forge and maintain the confidence that our partners place in us," notes Zane.

“Some years ago a customer in the Midwest found themselves on the local news at noon on a Friday, explaining why someone had had to return fresh chicken bought in one of their supermarkets - not once, but twice in the previous two days,” Zane highlights. “As you would imagine, the first call he made after that interview was to Sanderson Farms, wanting to know what we were going to do about it!

“At that point airline options would have gotten someone there sometime on Saturday, meaning –perhaps - no face-to-face meeting with that executive until Monday, giving him the weekend to stew. Instead, using our Business Aviation tool, we were able to have a team in his office and in the store later that afternoon, before the weekend hit.

In the end a business relationship was saved, with our biggest challenge being how to delicately inform the customer that their meat coolers were not being kept at the proper temperatures.”

Sanderson Farms currently operates six aircraft within its fleet – including three Learjet 31As and three Gulfstream G150s. Before acquiring its first Learjet 31A in 1995, Sanderson Farms operated a Beechcraft Baron for about ten years, flying that aircraft 500-600 hours per year.

The Beech Baron and Learjet were operated until 2003, when a second Learjet 31A was added and the Baron was upgraded to a King Air B200 – and in 2008 the first G150 entered the fleet. Two years later the King Air was replaced with another Learjet 31A, and soon after that a second G150 was added. In 2013 a third G150 joined the fleet, bringing the number to the current mix.

“Aircraft on these flights will usually be pretty full, with HR, engineering, audit, safety, training, and representatives from a host of other departments occupying the same aircraft,” Zane says with a smile.

“Sanderson Farms’ G150s have an eight passenger seating configuration as well as a belted lavatory - it is not at all uncommon for there to be nine passengers on one of these flights to a plant location.

“Most weekdays, anywhere from four to six of our aircraft will leave the Sanderson Farms hangar by 9am. Most of the time each of those aircraft will fly four to six legs, averaging about an hour each, in a 10-12 hour duty period.

“Some days are an out-and-back with a day of waiting in between, but those are becoming less and less. Weekend flying is less than Monday thru Friday, but it would be unusual to not have at least some flights on a weekend. All told, our aircraft average 600+ flight hours each per year.”

So how does Sanderson Farms ensure that all six of its aircraft are used to their best effect at all times? Office staffing consists of a flight coordinator and a department clerk, Zane outlines.

“The coordinator builds all trips and matches passengers and aircraft accordingly. While range comes into effect sometimes, it is usually the number of seats required that dictates which type aircraft will be used. The shorter-range Learjets will sometimes be tasked with a longer trip simply because the group needing travel is better served by the G150 with its two extra seats and baggage space.

“If we have a long trip out west, or northeast like Boston, we will try to use the G150 because of its non-stop capability. However, those trips are usually not crowded so if we need the extra seats and baggage space that the G150 provides, we will put a Learjet on the longer trip and just make a stop if necessary. The usual exception to this would, of course, be a trip in support of the CEO.”

And for Business Aviation effectiveness to be at its highest, Sanderson Farms made its aircraft available to any employee with the need to travel.

To get an aircraft ‘on the board’ in the scheduling office, it must be approved by a department’s upper management; however, once on the schedule anyone may add on as long as there are open seats. “This opens the availability to travel between plant locations to just about anyone in the company with a need to do so,” Zane explains.

Maintaining the safe operations of a busy flight department requires some ground-rules, and Sanderson crews are limited to six legs in a 14-hour duty period, Zane highlights. Pilots are required to have 12-hours rest between duty periods.

“Our pilots average about 17 flying days per month, with six guaranteed days off and the remainder being ‘on call’.”

Staffing has grown over the years as aircraft have been added. “Until last year our department was maintaining a ratio of three pilots per aircraft,” Zane reveals. “So six aircraft equaled 18 pilots (I am a pilot, but as manager don’t fly a full schedule. I do, however, bring the total to 19). As operations have continued to increase we have added to that and are now at 21 pilots (including me).

“Three others of the pilot staff are management pilots. We have a safety manager, training manager and standards manager. In addition to managing their respective disciplines, each has an equal number of line pilots who they administratively supervise.”

Thus Sanderson Farms has grown responsibly and steadily into Business Aviation – and the rewards have been clear. One visible sign of its continued growth is a second facility currently under construction in North Carolina. When open for business, it will be fully connected with staff daily moving between it and the other plants, efficiently using the company’s Business Aviation fleet.

Enjoyed this article? Sign up for the free monthly digital edition of AvBuyer magazine.