How would Dassault build on its entry into the BizAv arena? 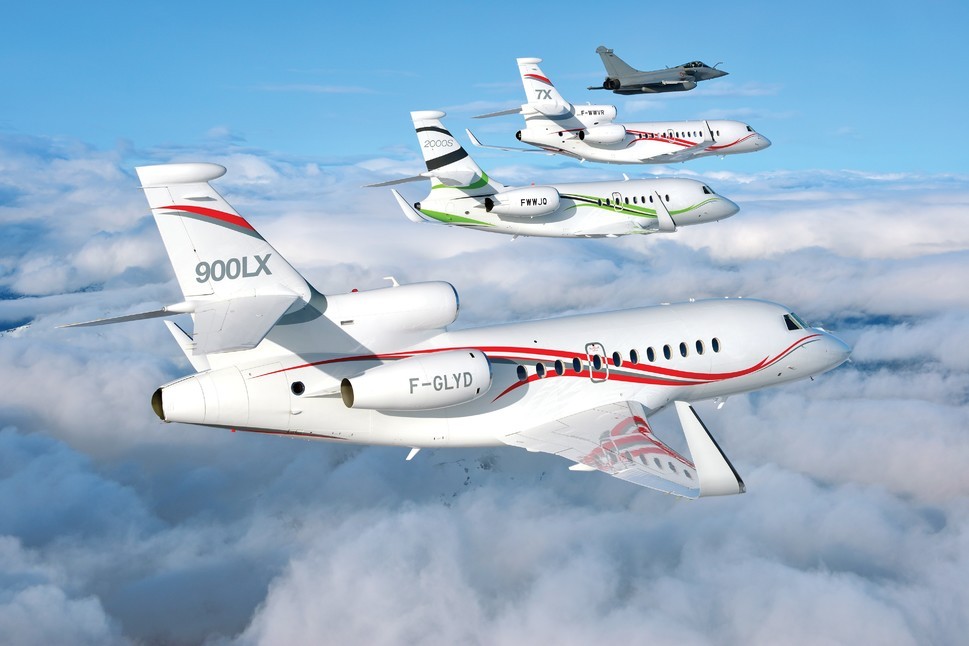 In our look back at the rich history of Avions Marcel Dassault, Rod Simpson explored the company’s progress following the war years, including its first steps into Business Aviation. How would Dassault build on its entry into the BizAv arena?

Following the visit of Charles Lindbergh to Bordeaux in May 1963, Avions Marcel Dassault joined forces with Pan Am to form the airline’s Business Jets Division. In July, 1963 Pan Am placed its first order for 40 Mystère 20s with options for a further 120, and two years later the aircraft was certificated with the first green airframe already sitting at Burbank, California for outfitting.

Directed by James B. Taylor, Pan Am Business Jets marketed the aircraft, initially as the Fan Jet Falcon and subsequently as the Falcon 20. Orders rolled in from US Corporations and other entities throughout the aviation world. Several air forces, including the Royal Canadian Air Force and the Royal Australian Air Force, ordered the Falcon 20, and early deliveries went to Fortune 500 companies such as FMC Corporation, Johns-Manville, Atlantic Richfield, Bechtel and Pepsico together with private owners such as Winthrop Rockefeller and the Aga Khan.

In the 1960s, long before computer networks facilitated instant transactions, the banks faced a week-long truck journey between New York and Los Angeles before their checks and other documents could be “cleared” for financial value. For the banks, time was money, and Fred Smith’s plan for a fleet of fast jet freighters, which could reduce delivery time by several days and significantly reduce transaction “float”, was compelling.

He chose the Fan Jet Falcon as the freighter and placed orders for 33 aircraft, engaging Product Design Group, a small firm based in Rose Hill, Kansas, run by Gomer Jones and Willard Bashaw, to engineer the large port-side freight door. Soon the purple and orange Falcons became a familiar sight across the USA.

Federal Express, with its huge distribution center in Memphis, Tennessee, would go on to outgrow the Falcons - but these aircraft proved the small package concept copied by UPS, DHL and many others, and also brought unique visibility for the new jet.

In the late 1960s, back in Bordeaux, Dassault engineers were busy on several fronts. They developed prototypes of the twin engined Spirale for ground attack roles and the elegant Hirondelle twin-turboprop business aircraft. In 1971 Dassault launched into the airliner market with the Mercure 150-passenger transport, eleven of which were built for Air France’s domestic airline, Air Inter, fitted with advanced features such as a head-up display.

Dassault also added to its fighter line with the Mirage F.1, over 650 of which were built for eleven countries and, in the late 1970s, the very successful Mirage III delta-winged jet fighter grew into the Mirage 2000 that has been built in large numbers at Bordeaux-Merignac and exported to countries such as India, the UAE, Peru and Brazil. All these aircraft are noted for their precise and reliable designs, and Marcel Dassault insisted systems should be engineered within the company, rather than outsourced.

Dassault’s Equipment Division, based at Argonay in Eastern France, was formed for this purpose. Dassault also merged with Avions Louis Bréguet in 1968, which brought aircraft such as the Alizé and Atlantique patrol aircraft and the Alpha Jet and Jaguar into the company family.

Meanwhile, Dassault engineers were also working on new versions of the Falcon.

First to emerge was the “Mini-Falcon” (later known as the Falcon 10) which was a smaller business jet for seven passengers, with two Garrett AiResearch TFE731-2 turbofans, the first production example of which flew in April 1973. Its excellent performance, which attracted many corporate customers, was thanks to pioneering work by Dassault engineers who were the first to incorporate supercritical airfoils in business aircraft.

The Falcon 10 was later upgraded with a new flight deck, extra cabin windows and a higher gross weight as the Falcon 100; overall 229 having been built when production of the Falcon 10/100 series ceased in 1990.

The Falcon theme then took on a much larger variant dubbed the Falcon 30, which was a 29-passenger commuter airliner with Falcon 20 wings and an enlarged fuselage. It first few in 1973, but the ALF502 engines available at the time could not give the required performance and Dassault reluctantly abandoned further development.

Nevertheless, many Falcon 20 customers wanted more range and speed, so Dassault moved on to a new aircraft with a 3,470 mile intercontinental range using a stretched Falcon 20 fuselage and three Garrett TFE731 turbofans. The new 8-9 passenger Falcon 50, which featured an area-ruled rear fuselage profile, flew in November 1976 and went into production less than three years later. Once again, it was a major success in North America and production continued with various improvements until 2007, by which time 352 had been produced.

By the early 1980s, a second generation of Falcons was on the drawing board to meet customer demand for more internal space and more range, the first being the three-engined Falcon 900, which flew in September 1984. Its development was a product of the CATIA (Computer-Aided Three-dimensional Interactive Application) system that was created by Dassault Systèmes during the 1970s.

The use of this outstanding computer design methodology has allowed Dassault to create highly efficient Falcon airframes with light structural weight and advanced aerodynamics.

The Falcon 900 was intended as an inter-continental 3,800nm alternative to the Falcon 50, with more powerful TFE731 turbofans and a substantially larger 13-passenger cabin. Progressive improvements have seen the Falcon 900 grow with upgrades in gross weight, engine power, fuel capacity and range. The latest Falcon 900LX, which can fly 4,750nm, has Dassault’s advanced EASy flight deck incorporating a HUD, Synthetic Vision and sophisticated crew management systems.

The other second generation Falcon, developed in the late 1980s, was a replacement for the venerable Falcon 20 as the aircraft neared the end of its production run. Dassault’s new model would, like the Falcon 900, have a larger cabin and a 3,000nm range but be powered by two turbofan engines. First flown in March 1993, the twin-engined Falcon 2000 has proved to be one of the most popular of the Falcon family and nearly 400 had been delivered by the end of 2014.

The initial version used a pair of rear-mounted 6,000 lbst CFE738 engines and gained its type certificate in February 1995, with later versions having more power, longer legs and increasingly more modern equipment. The current variants are the 4,000nm Falcon 2000LXS and the 3,350nm Falcon 2000S, which features improvements to its wing devices to provide much enhanced short field performance.