How Apogee Physicians use Business Aviation 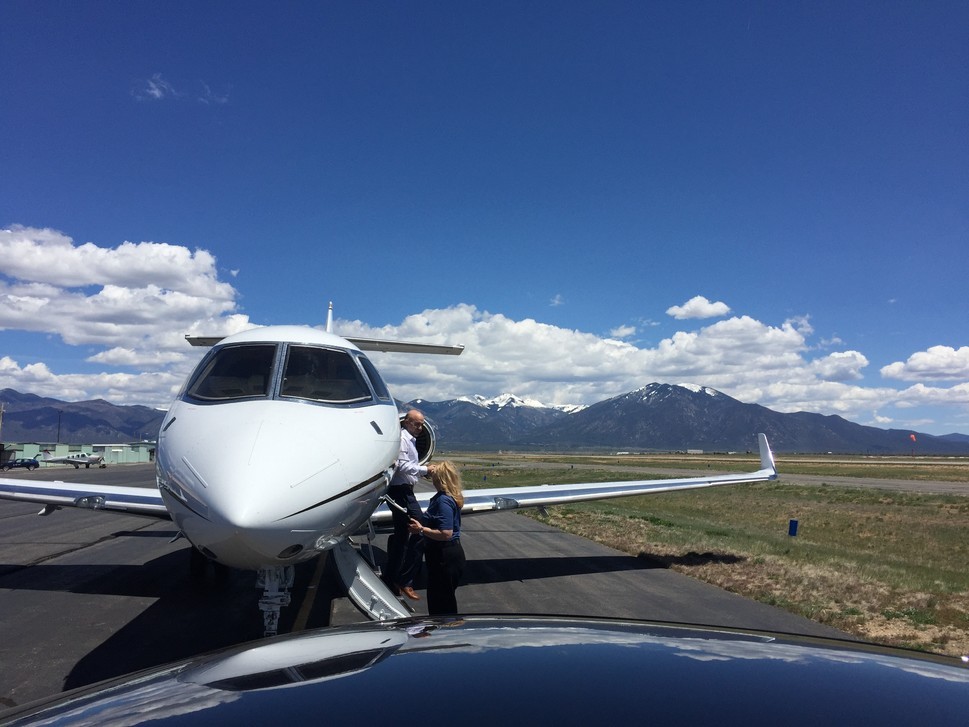 For Apogee Physicians, Business Aviation plays a critical role in providing high quality care to its hospital partners and their patients, as its Founder and sole shareholder reveals to Rani Singh…

In 2002, Dr. Michael Gregory founded Apogee Physicians with two doctors in a single hospital. Since that time Apogee has flourished and expanded to over 700 hospitalists, who annually manage over 1.3 million patient encounters across the United States.

“Success begets success,” Dr. Gregory reflects. “The reward for a job well done is more hard work and greater opportunity. As we expand, more hospitals recognize the quality of care Apogee delivers and seek us out to care for their patients. Right now, today, Apogee is caring for 5,000 people within our partner hospitals.

“Having managed over 10 million patient encounters, Apogee understands best practices and provides its hospital partners and their patients with high quality, effective care.”

Unsurprisingly, Apogee finds Business Aviation critical to its business model. “In many corporate flight departments, intervals are a bit of a problem,” Dr. Gregory remarks. “People change their minds, their businesses go up and down, and they open and close flight departments. That’s not our experience. In fact the first two pilots I ever hired still work for me, and our flight team has expanded to six pilots.”

Initially, the group flew commercially, but many of its hospitals aren’t served by the scheduled airlines. “We were flying to commercial hubs and then driving,” Dr. Gregory recalls. “Sometimes it would take a day or two to make one visit to a hospital.

"With our growth trajectory and number of hospital partners, flying via the commercial airlines simply wasn’t responsive enough or effective.

“When hospitals decide to contract for hospitalist services, it’s a very big decision for them and may require several interactions before a decision is made,” he adds. “Cultural fit is often a key factor, so for these meetings to be effective they must be done in person, conference calls simply aren’t adequate. As such, the travel schedule is pretty hectic.

“Early in our company history I recognized the advantage of Business Aviation. I think our company was about two years old when we started chartering for specific trips and specific needs. We found, however, our travel needs quickly exceeded chartering responsiveness and economics, and in 2005 we made the decision to purchase an aircraft—a nine-year-old Hawker 800.”

For nearly five years the Hawker put in around 400-500 hours annually. “As our team and business grew our travel requirements expanded beyond what the Hawker could satisfy, so in 2007 we bought a Cessna Citation V. Shortly thereafter, we sold the Hawker 800 and bought a Bombardier Challenger 605. It wasn’t too long before our needs exceeded the capacity of two airplanes and we added a Hawker 850 to the fleet.

“One year ago this month, we traded in the Challenger 605 for a Bombardier Global Express.” Today, Apogee Physicians’ fleet consists of the Citation V, Hawker 850 and Global Express.

Dr. Gregory flies the Global about 200 days a year (around 450-600 hours). “I still go on most of our business development trips, meeting clients. The other two airplanes are used by my senior executives, primarily for operational support.

“A key Apogee advantage is all of my operational executives are physicians, which means physicians report to physicians who genuinely understand the requirements and pressures of being at the patient’s bedside. While we operate in 32 states, instead of having corporate offices all over the US, our aircraft allow us to centralize our offices and keep our teams together.

“Instead of having my division presidents consuming a couple days navigating commercial airports and driving several hours to visit a single hospital, our guys can do more with a private airplane in a couple days than they can do in weeks flying commercially.

"So for us, it really is about time-saving and being responsive to our hospital-partners.”

A strong testament to the validity and utility of corporate aircraft is Apogee’s status as a private company, 100% owned by Dr. Gregory. “Every dollar spent on corporate aviation by Apogee is a dollar that I don’t get,” stated Dr. Gregory.

“Unlike many CEOs working for big publicly-traded companies that enjoy broad capital support, I invest my own money in Corporate Aviation because I believe it’s worth it. It’s expensive. It’s not cheap, but it’s instrumental in our success.”

In addition to efficiency and responsiveness, Dr. Gregory finds that the business jets help in moving his executives and teams around so they can be where they need to be and not be perpetually exhausted. “It’s important that they have a decent work - life balance, so they can be home and involved in their families and communities.

“Since we hold ourselves to a high standard and provide superior support to our hospital-partners and our program-level teams, our executives need to be in the field; as such, our aircraft allow them to do so and maintain a high quality of life at home. I always tell our clients, ‘if you need me, there’s no place I can’t be that’s more than four hours from where I am standing right now. That’s a powerful message.”

“It’s pretty unusual for us to move physicians around to see our patients,” Dr. Gregory notes. “We have had two of our hospitals destroyed by tornadoes; one in Missouri and the other in Illinois. By the grace of God, none of our physicians were harmed. In both of those instances, within a couple hours of the tornado dissipating, we used our airplanes to bring not only additional physicians to the communities but also much needed relief supplies.”

Dr. Gregory explained that good talent is hard to find, whether you’re Google or Apogee. He cites the example of a 350-bed hospital in a location that does not have good commercial air travel…

“Just recently on a Tuesday, I got a call from the Hospital CEO who described the problems he was having with the staff (working for different groups) at his hospital. He was afraid if he stopped using the groups the doctors would leave. I told him I would have a team there within 48 hours.

“On Thursday morning, I had an entire team onsite meeting with these physicians, and analyzing the business model for the hospital. Before leaving on the same Thursday, we presented the hospital with a formal proposal and provided employment contracts to the physicians.

“In less than two days from receiving the CEO’s call, we had a full team onsite, did all the analytics, analyzed the business model, met with the physicians and presented the hospital with a formal proposal. Without the airplane it simply would not have been possible. That’s corporate aircraft efficiency!”