The story of a successful partnership enabled by Business Aviation... 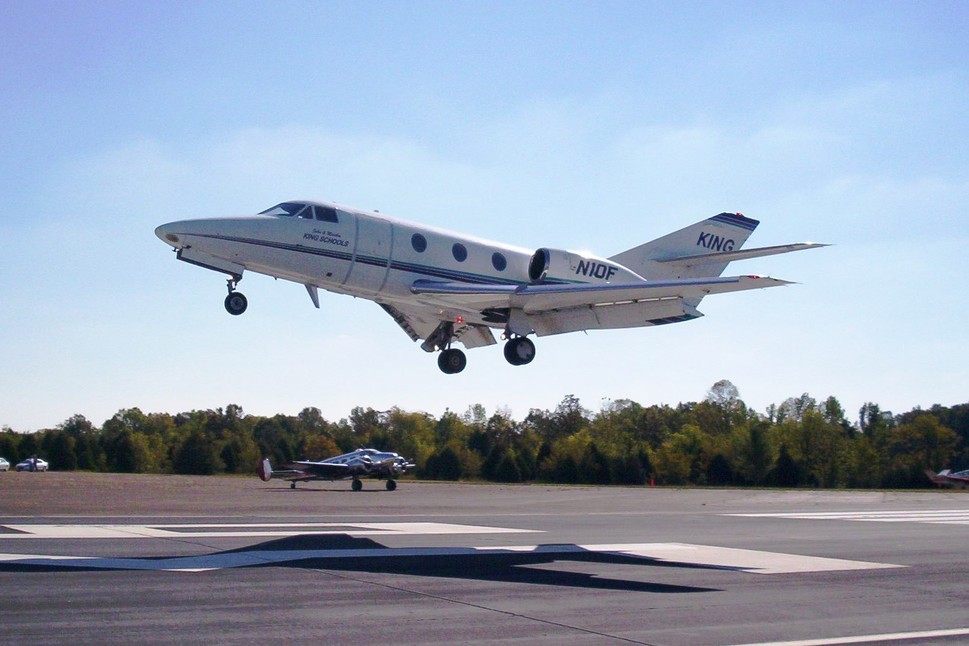 John and Martha King, founders of the King Schools that are spread across the US and cyberspace, have been flying together for 45 years. Inducted as a couple into the International Aerospace Hall of Fame, these industry luminaries discuss their successful partnership with Rani Singh.

The Kings hit upon the idea of creating ground school courses for pilots in 1975 after another business they started went bankrupt. They decided to spend time doing what, for them, was fun—building their new business from a spare bedroom in their home. Forty years later, their company, King Schools, Inc. operates out of a dedicated complex in San Diego, California and has its own video and software production facility.

Millions of courses have been delivered, and the company website proudly states that “Through intimate video instruction John and Martha King have taught more pilots than anyone in the history of aviation—for many years teaching more than half the pilots in the United States learning to fly...pilots throughout the world know John and Martha and regard them as their personal aviation mentors...”

As pilots, they’ve flown around the world via the length of Russia, flying everywhere except Antarctica.

In 1994, John and Martha became the first and only couple to hold every category and class of FAA rating on their pilot and instructor certificates. Martha is the only woman to achieve this complete ratings sweep.

And yet, for all of their remarkable achievements, this is still a humble couple. Operating a Dassault Falcon 10, Martha and John told AvBuyer, “Our airplane requires two pilots, and we get great joy flying as a co-ordinated team. It converts business trips into a real pleasure.”

Older airplanes tend to incur higher operating cost, so how do the Kings make the Falcon 10 cost-efficient for business purposes? “It’s a trade-off,” notes John, “because there’s a capital cost. The Falcon cost is very low. The operating costs are a little higher. We’re not big volume users, and that’s a good trade-off for us. It probably works out the same as for everybody else when you’re done.”

“One of the reasons the Falcon 10 is nice to fly is because Dassault has built a lot of redundancy into it,” adds Martha, who also handles the maintenance side of the jet. “There are enough backups, so you can operate using a minimum equipment list.

“In that case, the operating costs would be more important,” John contributes. “In our case, the cost of having the airplane available is less because it’s an older airplane, so the capital cost is not very high. If we were going to operate a lot of hours, it probably wouldn’t work, but it works well in our case.”

As for reliability, Martha explains, “We’ve never been stopped on a trip because of unscheduled maintenance. We do have scheduled maintenance of course, at regular intervals, but there’s enough flexibility in the timing of the maintenance program with the Falcon that we can work it around our trips without any problem.

“Sometimes we decide which trips we’re willing to make based on whether or not we know the airplane’s going to be down.”

“The Falcon is not a money-saving over the airlines,” Martha explains. “But what it does do is make us willing to take trips; to meet and make connections with people that we wouldn’t be willing to do if we had to go through the wear-and-tear of being on the airlines. It makes us available for trips when we wouldn’t be available otherwise.

“We enjoy the trips, and are therefore more willing to make them,” she adds. “We can be on the telephone with a partner company or someone who is a big customer at four in the afternoon on, say a Wednesday - particularly if they’re in the middle of the country, and we can say that we’ll be there with our team before lunch on the Thursday. And we know that we can do that because we don’t have to worry about whether there are airline schedules available to facilitate the plan.”

John, like his wife, is very enthusiastic about the flying. “It makes everyone willing to take trips."

"We do a lot of business with Cessna in Wichita," he explains. "We can leave in the morning from our base in San Diego, have lunch and an all-afternoon meeting in Wichita, get in the airplane, come home and have everyone back with their families again for dinner. So everybody’s actually more willing to make these trips because it’s less wear and tear on them too.

“We often take six passengers with us. We can fly half way across the US and our folks can still be home with their families in the evening.”

Martha is on an NBAA Committee that meets about every three months requiring her to travel to Washington DC with regularity, while John is on a working group with the FAA in Washington DC. “We go back several times a year for that - so we head up to Washington about every other month,” John outlines. “Once again, we probably wouldn’t be serving on these committees if we didn’t have a fun/trouble-free way to go back and forth. If we had to go on the airlines, we probably wouldn’t be willing to do it. It lets us go places and be with people we wouldn’t be with otherwise.”

There’s a psychological advantage to a business jet, according to Martha. “It’s the ultimate form of freedom, and it helps when you’re negotiating.

“We never have to rush a negotiation – it helps when you don’t have to make a flight on someone else’s schedule. It puts you in charge of the negotiation. It tends to make it more even - no partnership works unless everyone is better off. It’s more civil to make a better deal for both parties.” Indeed, if a dinner invitation is suggested following negotiations, they are usually in a position to accept.

Illustrating something of the enjoyment that comes from their use of Business Aviation, John reveals that the jet is set up with headsets for every passenger, and everyone can hear what is going on. Since mostly they carry pilots, the flights are more enjoyable. “We make special relationships with people because the trips are so much fun. People want to see us, and it enhances the element of trust.”

The Kings say that they notice the industry is changing. Post-recession, if there has been a slight dip in demand from courses by beginner pilots, the Kings are selling more courses to professional pilots. This famous couple is staying on the upside, and we hope they will stay flying high for many years to come.