An Interview With Steve Varsano

When someone who has lost count of the number of private jets he’s sold around the world says the market is recovering, it is a good idea to pay attention. Rohit Jaggi speaks with Steve Varsano of The Jet Business… 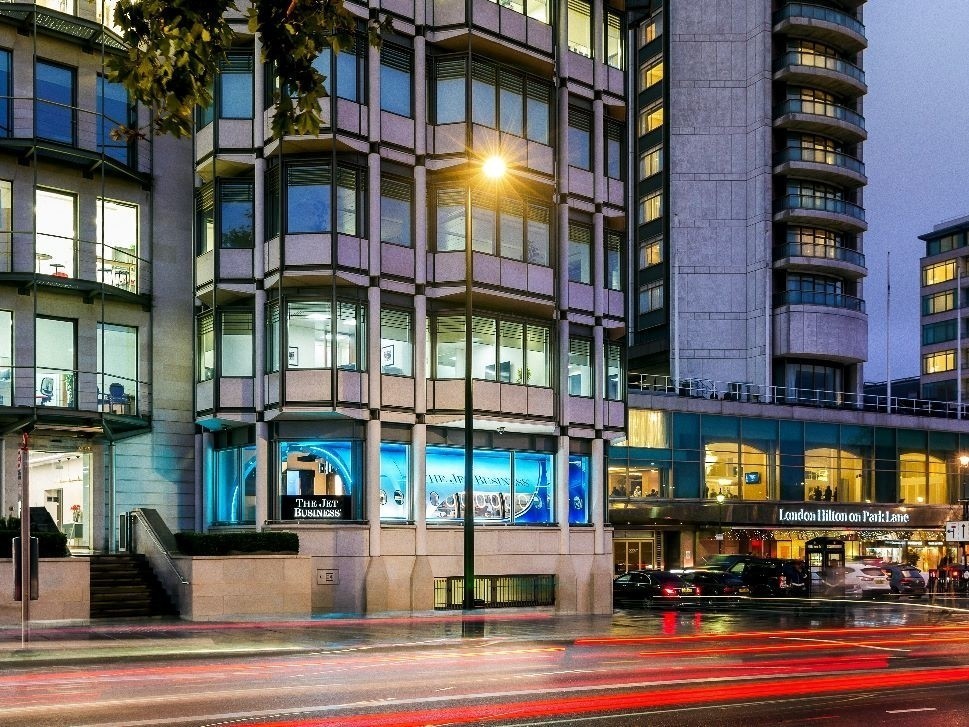 When someone who has lost count of the number of private jets he’s sold around the world says the market is recovering, it is a good idea to pay attention. Rohit Jaggi speaks with Steve Varsano of The Jet Business…

Steve Varsano is not just any jet broker. The president of The Jet Business has a unique offering – a walk-in showroom in a city-center location that caters for those who want to spend anything up to $75m on a used private jet.

The way he guides buyers through the process is also unique, but the initial ‘wow factor’ is definitely the mock-up of a section of Airbus Corporate Jet interior that is very visible to passers-by on London’s Park Lane.

Varsano is busy capitalising on what he says is the most encouraging market for a decade. When we last talked about six months ago, he was already enthusing about the pro-business, pro-jet attitude of the US Administration. Now, he says, “The Trump tax cut has been a major boost.

“It’s maybe a little too good,” he laughs, “because you now can’t really find good products for buyers. You have buyers, but you don’t have airplanes.”

He identifies some of the stars of the market. “The Gulfstream G650, for example… Out of the 300 that have been produced there’s probably just seven or eight available ‘For Sale’. As for Dassault’s Falcon 7X, 50% of those available a year ago are gone. And there were a lot – I’d say 30. Half of them are gone, and that was a market that maybe used to see four move per year.”

Prices of jets were still falling after the tax changes, “but at a much slower pace,” Varsano says. “The market had dropped significantly – overall prices were down 25-30% over the last three or four years.

“And then everything hit not so much of a bottom, but a plateau. When the tax plan came, that really gave an extra boost.” For prices, that’s meant “…a firmness across the line - you’ve not seen anything going down in that newer market.”

Jet OEMs also stand to benefit, he predicts, as the price gap between old and new falls. 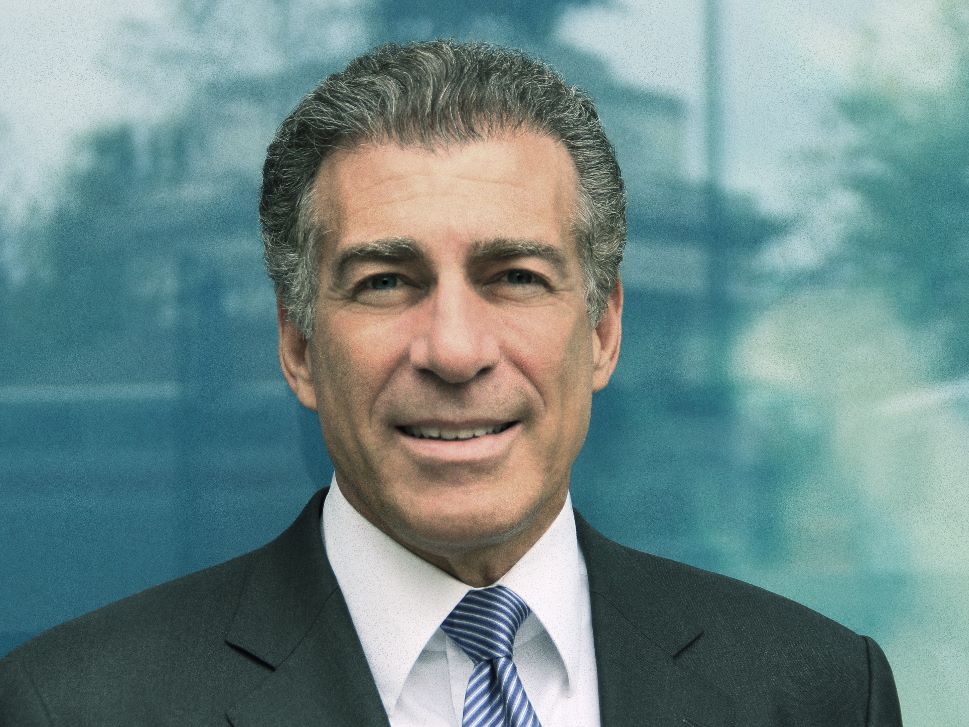 Business Bourne out of Passion

Varsano sprinkles his sentences generously with incredibly fine detail on the capabilities and dimensions as well as values of the aircraft he brokers.

Yet it’s more than just a mastery of his business – it’s born from a passion for airplanes first ignited as a kid when he went up in a friend’s small Cessna. Subsequently he worked extra jobs to pay for flying lessons and then aviation fuel.

There’s a touch of New York brash about Varsano, despite the elegant suit. The business card he hands me is a slab of engraved metal. But he’s also understated about his selling record.

“I know how many airplanes I sell a year, and I don’t tell anybody,” he says. “But on a cumulative basis, I don’t know. I’ve stopped thinking about it.”

It was partly the passion for aviation that led him to create a showroom in which customers, most of whom know little about the detail of jets, can appreciate what their money could buy – and allows him to guide them away from buying the wrong aircraft.

“Just to spend the most is stupid,” he says. “I can give you an idea of the most suitable aircraft pretty quickly if you answer half a dozen questions. But it’s more effective, and people are much more honest with themselves, when they see the app in the showroom and input the data.”

A huge wall of screens allows Varsano, using his own app, to display performance figures, range maps and even life-size cabin outlines that potential buyers can stand against, to check whether the aircraft that takes their fancy fits their needs.

Varsano feeds in the customer’s requirements and range circles expand and contract, airports pop-up or disappear depending on whether the favoured aircraft can land there, and cabin silhouettes overlap in different colours.

It’s immersive and edifying rather than confusing, despite the welter of information. And once the model is decided, Varsano can bring up specific aircraft that are available. It’s a virtuoso performance that almost merits applause. 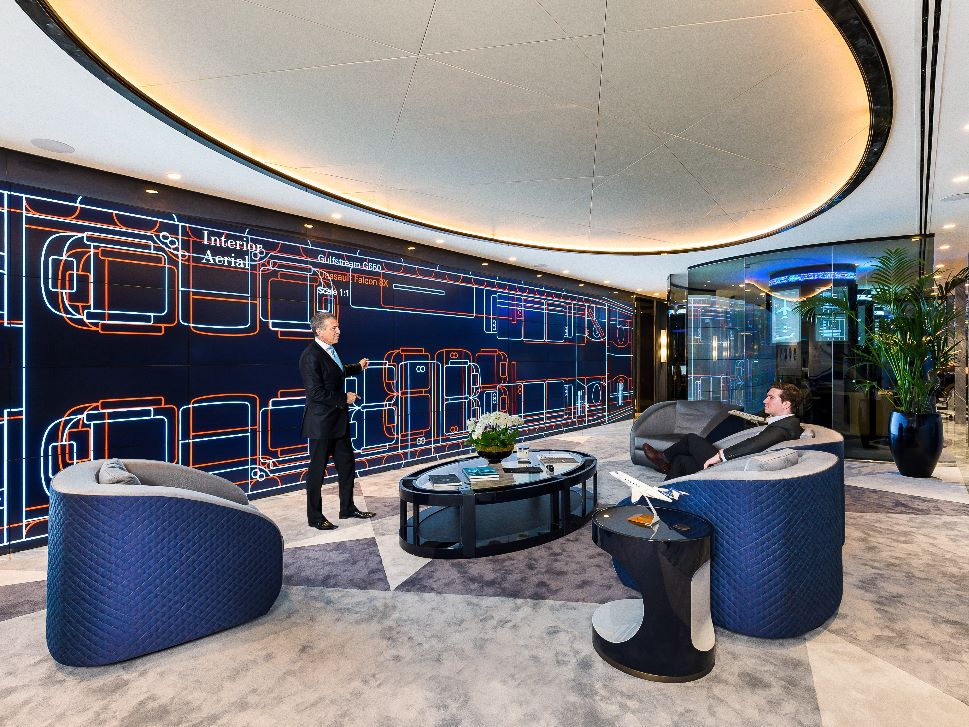 What’s in a Location?

The current showroom is not his first. That was on Hyde Park Corner in 2012. But why London, when 55% of the world’s business aircraft are based in the US?

“In the old location the pedestrian traffic was mostly people coming from work and walking down to Victoria station,” Varsano says. “I don’t want to say that people walking from Hyde Park Corner to Victoria were not my client base, but people driving in a car down Park Lane are.

“There are 92,000 vehicles coming down Park Lane daily,” he says. That’s “about 1,500 millionaires (and I figure about 40 people who own an airplane) who go past the window every day.”

He reckons footfall is about three times higher in the new location. ”There are a lot of people from Africa or the Middle East that you’d never find if you googled them. And they just come in. It’s an amazing source of introductions.”

Varsano’s thoughts on the market, underpinned by an extensive client-base he keeps in close contact with, are backed up by others within the sector.

For example, Jetcraft’s ten-year market forecast to 2026, released this year, sees steady growth in the sector, with the worldwide business jet fleet growing from just over 21,000 now to more than 28,000 by the end of the forecast period.

And in April, Textron Aviation’s Scott Donnelly said the order book at the biggest OEM of private aircraft (by volume) had grown to be worth $1.6bn – the highest level since 2012, when orders from before the 2008 slump were still in the system.

Meanwhile Tim Barber, Aircraft Sales Rep for Duncan Aviation in Europe, Middle East and Africa, says that while sales of aircraft in Q1 were down 5% on the same period last year, despite a storming start to the year with a 12% rise in January over the year before, the “buzz in the market is more than we have seen in many years.

“If we remove the aircraft that are probably never going to sell, the market statistics look even better.”

Per AMSTAT, 27% of the aircraft ‘For Sale’ are more than 30 years old while 21% are under 10 years old, making the overall figure of 9.5% of the overall inventory ‘For Sale’ look less alarming. 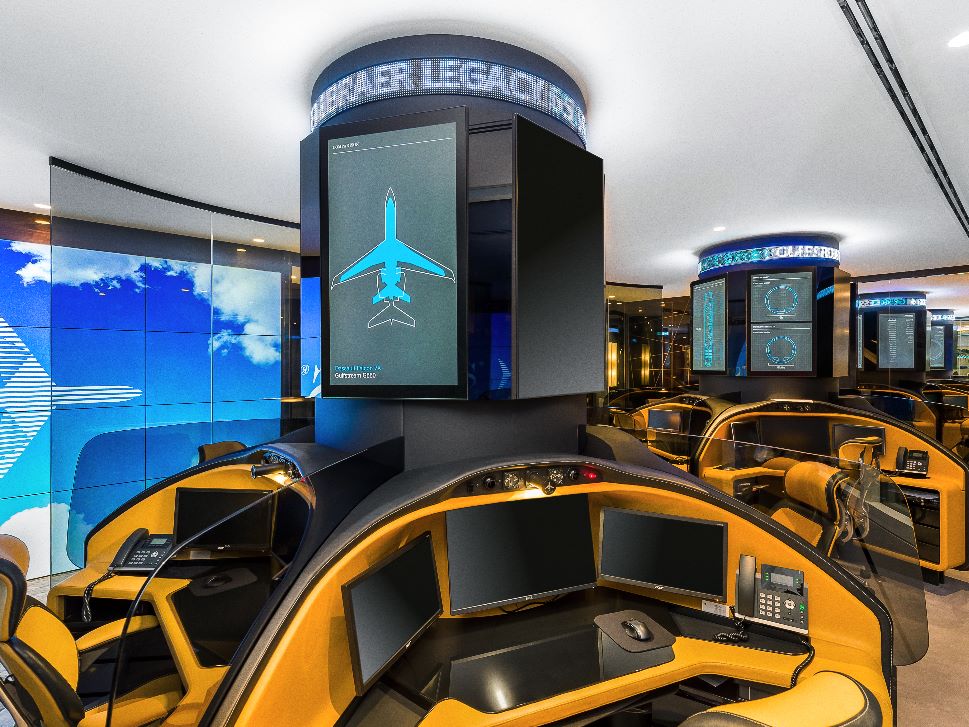 The Jet Business: More to Come?

The Jet Business is not the only act in town – Jetcraft and manufacturer Gulfstream also have offices fairly close by in London, but Varsano’s creation certainly grabs attention, which does rather prompt the question of when he will open the next one…

“I’d like to do something in New York on Park Avenue,” he shares. “It makes sense. And I’m hoping it’s sooner rather than later. The key is finding the right partner. I want someone else to be the anchor of that location. It’s not as if it’s an easy commute for me.”

The one way that the ‘commute’ could work is if he had his own personal jet. He has obviously been paying attention to his own pitch about business tools and time machines, as he concludes, “I’m getting to that point very, very soon.”