Asset Insight’s tracked business aircraft registered yet another availability decrease, while the average Ask Price registered a third consecutive monthly decrease, defying the laws of supply and demand. Tony Kioussis checks which models were impacted the most…

One has to wonder how many consecutive monthly used aircraft inventory decreases are possible. Strong sales – primarily to first-time buyers – continue to reduce the number of listed assets on the market.

The Quality Rating for listed assets decreased 0.5% to post a second consecutive 12-month low (worst) figure at 5.238, dropping the fleet into ‘Very Good’ territory from July’s ‘Excellent’ range, on Asset Insight’s scale of -2.5 to 10. The decrease statistically points to more near-term maintenance events for the listed fleet.

Young, low-time aircraft, whether publicly listed for sale or not, are achieving transaction values close to (if not equal to) the seller’s Ask Price. Older models are taking longer to sell, with many aircraft very possibly in the hands of their final owner.

While first-time purchasers have stepped in to create the current sales figures in the relative absence of corporate buyers, they also negatively impact availability as they have no aircraft to re-market.

Too many sellers are offering assets whose technology and age make them unappealing to prospective buyers, while some models have reached their financial obsolescence.

NOTE: Immediate action is recommended for any buyer or seller that hopes to close before year’s end, as the problem of limited selection is exacerbated by supply chain issues capable of affecting where, and how soon, buyers and sellers can complete a pre-purchase inspection, and whether sufficient components (and experienced personnel) will be available to complete any required maintenance.

Maintenance Exposure, defined as an aircraft’s accumulated/embedded maintenance expense, improved (decreased) 1.9% to $1.464m in August. The figure was just below (better than) the 12-month average, signaling upcoming maintenance event completion expense for inventory units will be somewhat lower, although that cost will also be 3.3% higher compared to 2020.

By individual group, Maintenance Exposure figures were as follows:

After decreasing (improving) for two consecutive months, Asset Insight’s tracked fleet ETP Ratio rose to 72.9% from July’s 71.9%, but still managed to maintain a figure that was 0.1% better (lower) than the 12-month average.

As the ETP Ratio decreases, the asset's value increases in relation to its price. ‘Days on Market’ analysis has shown that when the ETP Ratio is greater than 40%, a listed aircraft’s Days on the Market increases, in many cases by more than 30%.

Excluding models whose ETP Ratio was over 200% during one of the previous two months (considered outliers), following is a breakdown of the business jet and turboprop models that fared the best and worst during August 2021. 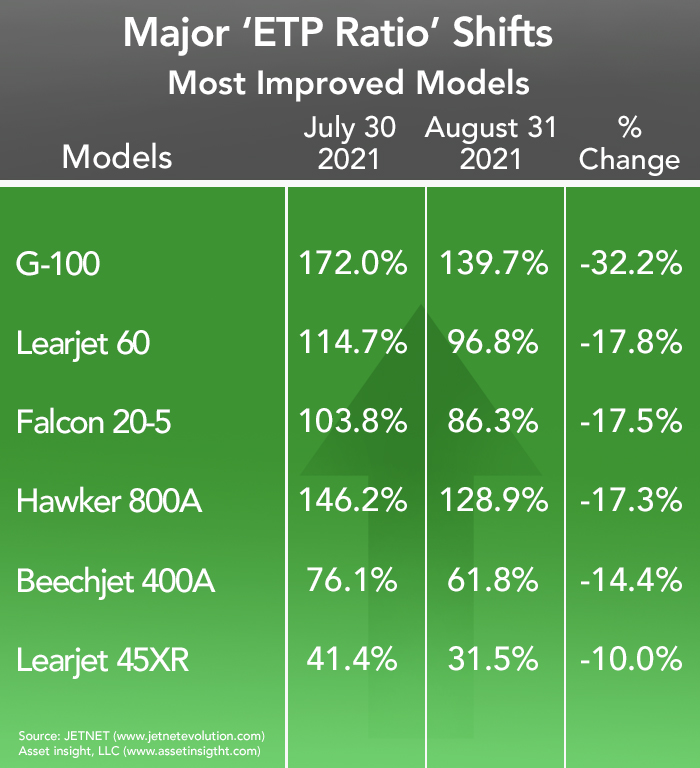 Four of the six ‘Most Improved’ models experienced a Maintenance Exposure decrease (improvement), while the Bombardier Learjet 60 and the Dassault Falcon 20-5 posted an increase.

The Gulfstream G100 and Hawker Beechjet 400A registered an Ask Price decrease of $17,500 and $90,339, respectively, while the remaining four models posted the following price increases:

Following two consecutive months in the ‘Most Deteriorated’ position, the Gulfstream G100 vaulted to this top spot when one of the three listed aircraft sold, and was replaced by a unit sporting a higher Quality Rating. The inventory fleet mix change lowered the model’s Maintenance Exposure by nearly $588k to create its ‘Most Improved’ placement. Ask Price tried hard to prevent the move with a $17.5k decrease.

The three listed assets represent 14.3% of the active fleet. And, with an ETP Ratio approaching 140%, sellers are advised to consider all offers very carefully, as prospective buyers may well be few and far between. 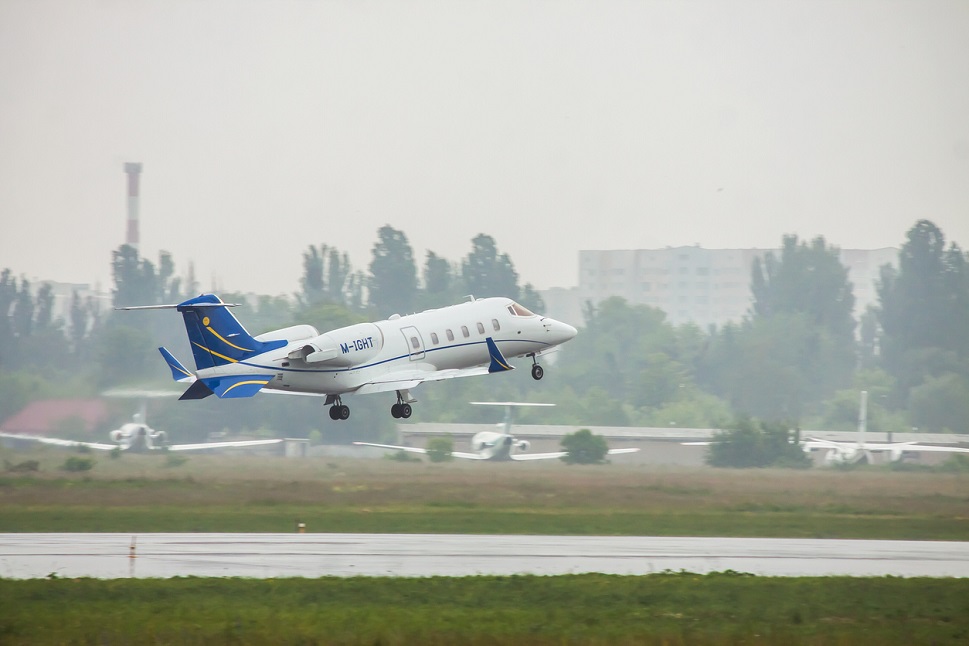 In second position is the Bombardier Learjet 60 whose 27 listed assets represent 9.6% of the active fleet, following the sale of two units and the addition of four more during August. It achieved this placement through an Ask Price increase approaching $402k that overrode a Maintenance Exposure increase exceeding $119k.

This Learjet 60’s inventory level should provide sufficient selection for buyers, and reasonable negotiating opportunities for sellers, assuming their aircraft’s engines are enrolled on an Hourly Cost Maintenance Program (HCMP). For those not enrolled on HCMP, the model’s 96.8% ETP Ratio is likely to create a high negotiating hurdle.

In third position is a model whose ETP Ratio has been above 200% for quite some time, negating an opportunity to make either list. However, in August, an Ask Price increase approaching $303k was sufficient to earn the Dassault Falcon 20-5 this position, even though Maintenance Exposure increased by $44k.

The fleet mix did not change, but one unpriced unit posted an Ask Price nearly 44% higher than the next highest figure. Whether the price increase is attainable remains to be seen, since the ETP Ratio is still over 86% for an aging asset.

However, the six listed units represent only 6% of the active fleet, and any seller whose aircraft is covered by engine HCMP should have a fighting chance at achieving a value-based transaction.

The Hawker 800A has been on one of these two lists 50% of the time, and rejoined the ‘Most Improved’ group in August, complements of two transactions and two additions to the inventory. The new fleet mix lowered Maintenance Exposure by nearly $13k, while increasing Ask Price by over $107k, thus improving the model’s fortunes from second position on last month’s ‘Most Deteriorated’ list.

Ten units comprising 6% of the active fleet were listed for sale, but with an ETP Ratio approaching 129%, most sellers will have limited negotiating room, especially since most Hawker 800As are enrolled on HCMP, thereby deleveraging it as a financial advantage. 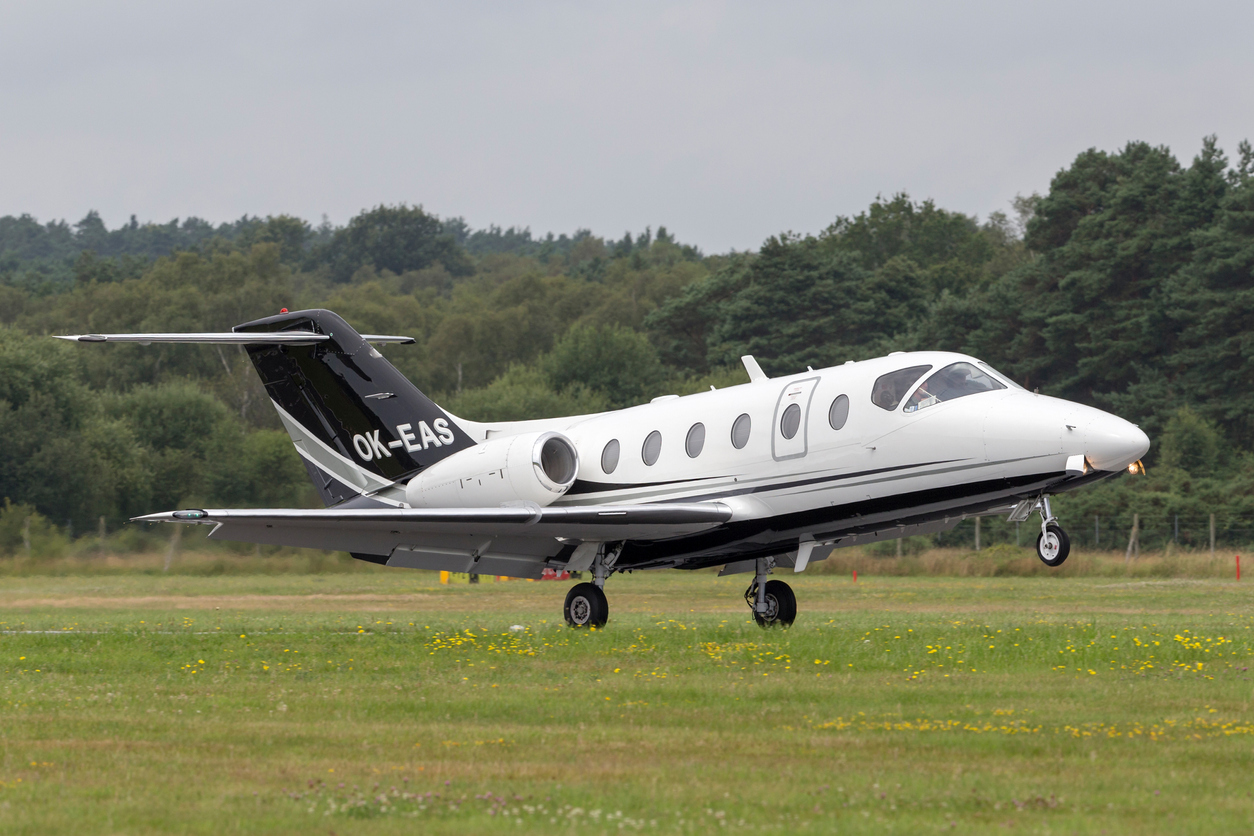 Four Hawker Beechjet 400A units transacted in August while one was withdrawn, lowering the model’s Maintenance Exposure by more than $192k. That earned it a place on August’s ‘Most Improved’ list, even though Ask Price decreased by more than $90k.

With an ETP Ratio of 61.8%, many sellers, especially those with HCMP-enrolled engines, should (statistically) have good opportunities to structure value-based sales. Their challenge is an availability pool of 31 aircraft, or 11.9% of the active fleet, whose units could be up to 26 years old.

Making only its third appearance on either list, the Bombardier Learjet 45XR is our final ‘Most Improved’ model of August. And there’s only positive news to report for sellers. The aircraft earned its place through a Maintenance Exposure improvement exceeding $18k, along with an $870k Ask Price increase.

Two units transacted in August, and the remaining nine inventory aircraft represent only 4.4% of the active fleet. With an ETP Ratio of 31.5%, even sellers whose aircraft are not enrolled on HCMP could receive acceptable offers for their asset. 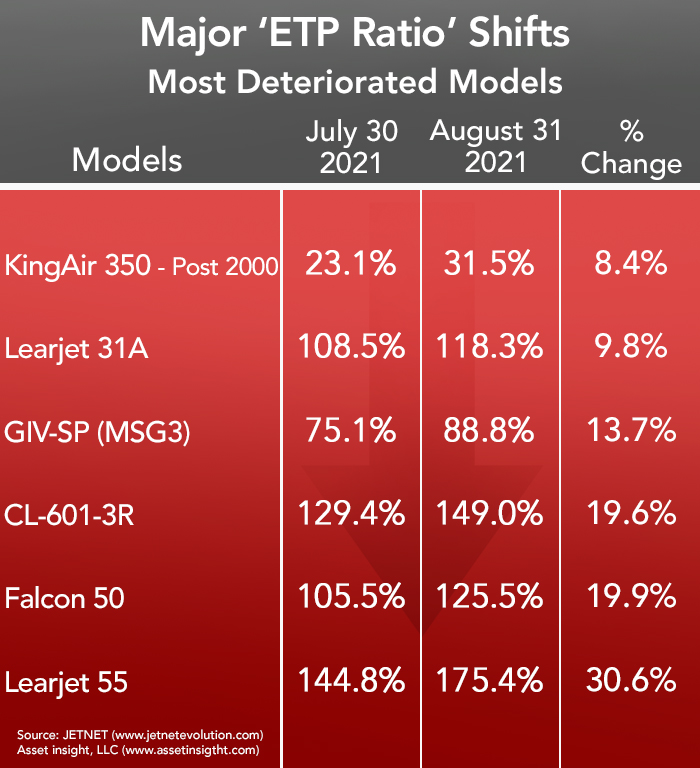 All six ‘Most Deteriorated’ models posted a Maintenance Exposure increase in August. The Gulfstream GIV-SP (operated under MSG3 maintenance rules) posted no change in Ask Price, while the remaining five models experienced the following decreases:

We were surprised to find post-2000 production Beechcraft King Air 350s on the ‘Most Deteriorated’ list, but it was virtually unavoidable following an Ask Price decrease nearing $157k, and a Maintenance Exposure increase nearing $154k.

While that might seem bad, only 4.0% of the active fleet is listed for sale, and with the model’s ETP Ratio at 31.5%, sellers hold a strong hand while buyers have a respectable choice.

The Bombardier Learjet 31A has occupied a slot on one or the other of our lists five times previously, with four of those appearances being on the ‘Most Deteriorated’ side. It earned its spot in August when two aircraft were withdrawn from inventory, one was added, and none were sold, leaving 25 units listed for sale (13.2% of the active fleet).

Maintenance Exposure rose nearly $70k, due to the fleet mix changes, while the Ask Price dropped over $16k, leading to an ETP Ratio exceeding 118%. Buyers have quite a few units to choose from, with most sellers having limited room for negotiating the value of the transaction.

Only six units are listed for sale among Gulfstream GIV-SP aircraft operating under MSG3 maintenance rules – 6.7% of the active fleet. There were no changes to the fleet mix, nor the Ask Price, during the month of August.

What earned this industry workhorse its position was the unusual convergence of maintenance events among the listed fleet that increased Maintenance Exposure nearly $589k.

With an ETP Ratio of 88.8%, sellers will face some challenges. Those whose aircraft are enrolled on HCMP may find them easier to overcome than those who aren’t.

Eight Bombardier Challenger 601-3R jets were listed for sale as we closed out August, representing 14.3% of the active fleet. There were no sales during the month, but one aircraft was withdrawn from inventory while another entered the mix.

Maintenance Exposure increased by more than $366k, while Ask Price fell nearly $76k. The ETP Ratio rose to 149%, and not much can be said that will favor sellers at this time. 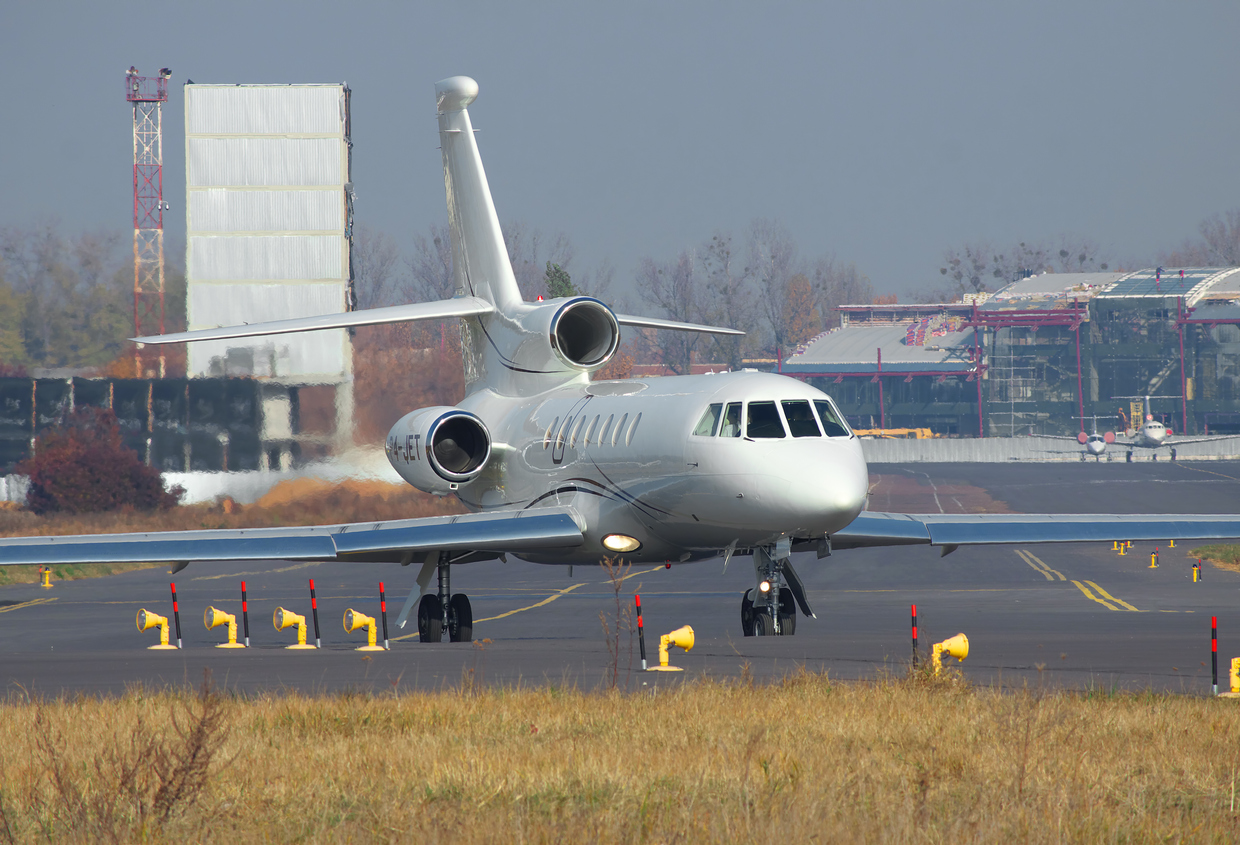 Making its fifth appearance on the ‘Most Deteriorated’ list is a model first produced in 1980 that continues to demonstrate industry interest with two more sales in August. Two other Dassault Falcon 50  units were withdrawn from inventory and one was added. The resulting 11 units on the market account for only 6.0% of the active fleet.

However, the asset’s 125.5% ETP Ratio should surprise nobody, given the fleet’s age, and neither should its $218k Ask Price drop. In fact, the model posted a Maintenance Exposure improvement in August, albeit a minor $4k.

As we reported about its younger brother (the Falcon 50EX) in July’s analysis, the Falcon 50 is a niche aircraft that will continue to appeal to operators requiring its performance capabilities.

What did change was the model’s average Ask Price, decreasing nearly $112k following one seller’s decision to price their asset at just one-fifth the cost of the highest priced unit. Adding insult to injury, the fleet also experienced a Maintenance Exposure increase exceeding $36k, and that all led to an ETP Ratio in the stratosphere (statistically defined as 175.4%).

Keeping in mind that we are dealing with aircraft aged up to 40 years, the model’s position is not a surprise, and neither is its 15-unit availability, equating to 16% of the active fleet.

It is important to understand that an aircraft’s ETP Ratio has more to do with buyer and seller dynamics than it does with either the asset’s accrued maintenance or its price. For any aircraft, maintenance can accrue only so far before work must be completed.

But as an aircraft’s value decreases, there will come a point when the accrued maintenance figure equates to more than 40% of the aircraft’s ask price. When a prospective buyer adjusts their offer to address this accrued maintenance, the figure is all-too-often considered unacceptable to the seller, and a deal is not reached.

It is not until an aircraft undergoes some major maintenance that a seller is sufficiently motivated to accept a lower figure, or a buyer is willing to pay a higher price, and the aircraft transacts, ultimately.

A wise seller needs to consider the potential marketability impact early maintenance might have on their aircraft, as well as its enrollment on an HCMP (where more than half of their model’s in-service fleet is enrolled on one).