The GAMA Q3 2017 Shipment Report is out - but what were the key trends to note, and what do they say about the new business aircraft marketplace today? 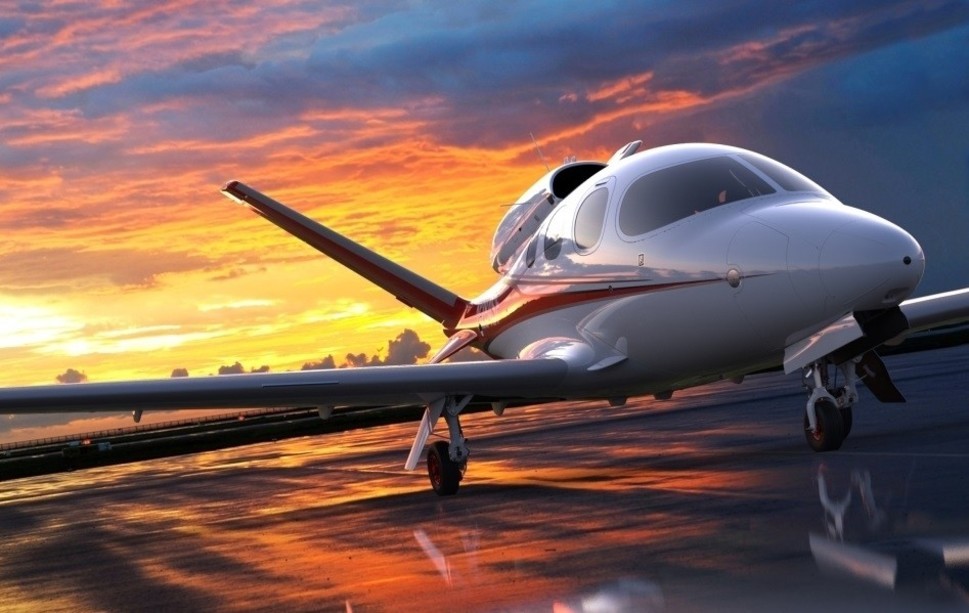 The Q3 2017 GAMA shipment report was entirely consistent with what Honeywell and JETNET told us to expect, reports Mike Potts. The market is holding its own but growth is nowhere to be seen. Here are the details…

There were 1,532 airplanes delivered Year-to-Date (YTD) between January-September, up 1.7% from 1,506 last year. Billings are off 2.8% at $13.2bn, down from $13.5bn, primarily due to softness in the jet market but also impacted by weakness in twin-engine turboprops.

The jet market is up 1.4% over last year (434 versus 428 units), an increase entirely attributable to the introduction of the Cirrus SF-50 jet.

The brightest star in the GAMA universe is the piston market, where deliveries are up 4% at 724 units over 696 last year.

In the light end of the jet market the delivery leaders are Hondajet (30 units) and Embraer’s Phenom 300 (29).

Looking at the specifics of the jet market we see that six of the 10 jet OEMs are ahead of their 2016 YTD totals while two are even and two are lagging. Those ahead include Boeing, Dassault, Gulfstream, Honda, Textron (Cessna) and newcomer Cirrus. Coming in level with their 2016 YTD totals were Airbus and Eclipse, and trailing last year’s totals were Bombardier and Embraer.

Looking at just the Q3 results, we see a different picture, with four OEMs in the ‘plus’ column (Boeing, Cirrus, Gulfstream and Honda), three level (Airbus, Eclipse and Textron (Cessna)), two behind (Bombardier and Embraer) and one not reporting (Dassault).

The market leader is Textron (Cessna) by quite a wide margin, with a total of 122 jets delivered YTD, compared with 120 last year. Next is Bombardier (96 units), then Gulfstream (90).

Cessna’s total was unquestionably buoyed by the 36 Latitudes delivered YTD, including 13 in the both Q2 and Q3. At this point last year Cessna had delivered 24 Latitudes, so production is clearly ramping-up to meet demand. Cessna’s second best-selling product is the relatively-new Citation M2 (25 deliveries YTD).

Bombardier’s lock on second place in the jet market is heavily dependent on its Challenger 350, which has recorded 34 deliveries YTD and is the second best-selling business jet in the world right now.

It’s an interesting statement on the overall status of the jet market today that the two best selling products are super-mid-size jets.

Bombardier’s total is down by 13 units (11.93%) from a year ago. It’s quarterly total is down five units against 2016. Ironically, much of Bombardier's downturn is actually attributable to a shortfall in its best-selling CL350 series, which is still doing great, but not as great as last year (43 units).  The Challenger 650 series is also down, from 26 last year to 16 now.

In third place with 90 deliveries is Gulfstream. YTD, the Savannah-based OEM is two units ahead of a year ago. With 30 units for Q3, Gulfstream is also ahead of its Q3 2016 performance (27). Gulfstream is one of the very few companies in this business that does not typically experience a strong Q4 market surge. Look for a finish in the 120-unit range.

Embraer is something of a distant fourth with 59 shipments YTD, down from 74 in 2016. Q3 results are also trailing at 20, down from 25. In spite of being one of the best-selling Light jets in the market (29 units), the Phenom 300 lags last year’s YTD number (38). Only Embraer’s Legacy 450 is ahead of last year (seven units versus six).

Fifth place goes to Honda with 30 units YTD, up from 15 last year. Dassault is sixth with 17 deliveries, two ahead of last year’s pace.

The future of the turboprop market looks rather less certain. With just 263 traditional business turboprops delivered so far this year, twin turboprop numbers are lagging badly. Of the nine companies building turboprops today, five (AVIC, Piaggio, Pilatus, Textron Beechcraft and Cessna), had fewer deliveries YTD than a year ago.

Only two (Daher and Piper) had improved results, while the other two (Pacific Aerospace and Quest) were even.

Results in the turboprop market were tightly bunched with Textron’s Beechcraft and Cessna units finishing in a tie at 55 each, YTD. For Beechcraft that represented a reduction of 29.5% from the 78 units reported last year. For Cessna the result was also a drop, but only by 5.2% (or three units).

Third placed Pilatus trailed Cessna and Beech by a single unit, with 54 shipments YTD. That represented a reduction from 61 units delivered in the same period last year, although Pilatus’ Q3 2017 numbers were an improvement on Q3 2016 (23 units, up from 20).

Quest finished in sixth place with 23 deliveries, matching its 2016 result, though the six units reported in Q3 2017 trailed the seven reported in Q3 2016. Pacific Aerospace also matched its prior year’s performance with seven units, though only one came in Q3 2017, compared to four in Q3 2016.

Finally, AVIC had two shipments, YTD, compared with three last year. Piaggio has made no deliveries this year, and a single delivery last year.

Look for traditional business turboprops to finish this year in the 375-380 shipment range, somewhat below the 431 deliveries recorded last year.

As mentioned, the piston market is up 4% so far this year, which should give hope to those who believe (as I do) that upturns in this market foreshadow upturns in the turboprop and jet markets.

Four percent isn’t much to hang your hat on, however, and we look for a more significant upturn in piston sales during 2018 before we can hope to see the jets experience a big turnaround.

The fundamentals of the piston market appear better than the turboprop segment, although not quite as good as the jets.

Of 15 makers of business class aircraft reporting to GAMA this quarter, seven have improved numbers for the year.

The piston twin market is doing very well – in fact it is the strongest segment reported by GAMA, with deliveries up 12.6% from last year. Piston twins total 107 units so far this year, up from 95 last year. Diamond leads this market.

Expect the piston market to continue to exhibit slow growth and finish the year in the 1,035-1,045 unit range. If piston deliveries can climb closer to the 1,100 range it might mark the beginning of a broader recovery that could spread to turboprops and jets over the next two or three years.