Will the Gulfstream G700 cause a ripple effect in the business jet sales market? Where does the top end of Business Aviation go from here? Rebecca Applegarth asks industry experts Rollie Vincent and Brian Foley.

Much attention was given to the unveiling of Gulfstream’s G700 at NBAA-BACE. Now, with the dust starting to settle, Rebecca Applegarth asks industry analysts Rolland Vincent and Brian Foley about the prospects of Gulfstream’s new flagship…
Questions of how Gulfstream would respond to Bombardier’s in development (now in production) Global 7500 has hung in the air for some time, and the announcement of the G700 came as no surprise to many.
“This is an aircraft that the marketplace was expecting,” Rolland Vincent says. “Some customers had reportedly been holding off on buying a G650/G650ER knowing – or at least thinking – that this aircraft program was under development.”
Vincent, co-founder of JETNET iQ has amassed more than 30-years’ aviation market research, economics and statistics. “Given the $75m price point and enhanced performance/features differentials, we see the G700 as complementing, rather than replacing the G650/G650ER in Gulfstream’s line-up,” he adds.
“[The G700] will have an initial net positive effect on deliveries,” Brian Foley, founder of Brian Foley Associates (BRiFO), predicts. “After that it’s really just maintaining G650ER sale levels which would have declined if an update hadn’t been offered.”
Foley formed his consultancy in 2006, having spent 30 years in the industry, including time as marketing director at Dassault Falcon Jet.
G700 Market Ripple-Effect?
Neither Foley nor Vincent anticipate anything unusual happening in the used aircraft sales market as a result of the G700, though Vincent does anticipate new opportunities being created for operators who previously couldn’t justify owning a Gulfstream product.
“New jets always impact the pre-owned market, if only because of the impact that an announcement such as the G700 might have on demand for other very capable aircraft that still have lots of life in them,” Vincent notes. “These may have experienced diminished valuations because of their recent or pending ‘Out-Of-Production Status’ (we call it OOPS!).

“The good news is that buyers seeking good value in, say, a pre-owned Gulfstream long range jet (a Gulfstream G450 or even a GIV-SP) may find that they can begin to experience the brand and service levels at a more attractive price," Vincent adds.

“Thus (hopefully for Gulfstream) begins the journey up through the product line of another happy and loyal customer.”
Foley sees little impact on the pre-owned market which has experienced an increasing number of jets for sale since the end of 2018.
“Pre-owned inventory levels will continue to rise as the novelty of the US accelerated depreciation tax benefit wears off. Those who could benefit from the tax deduction have largely already done so.” 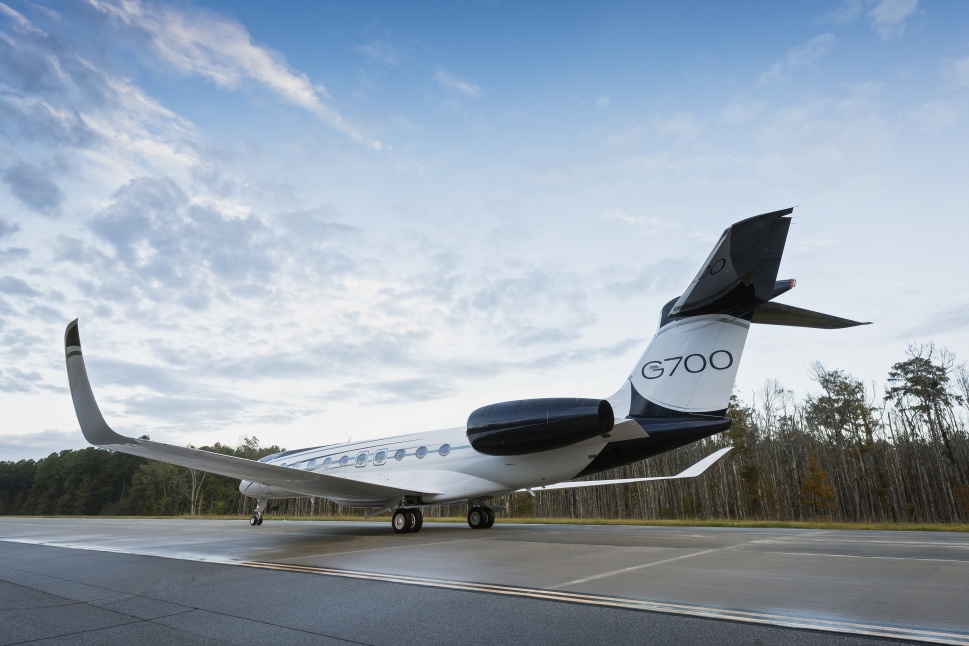 G700 Residual Value Expectation
Back when the G650 was newly introduced, it was possible for owners to sell their jets for more than they paid; an anomaly in the post-2008 world. Is it possible that we could be set to see the same happening with the G700?
“Despite the 2010 announcement of the Global 7000/8000, the G650 was truly all alone in the market for quite a few years,” Vincent reflects. “Especially when you consider the fact that entry-into-service was in 2012 and the Global 7500 only came to market late last year.”
“Any aircraft with a multi-year waiting list is subject to a buyer either paying a premium to another to jump to the front of the delivery line, or paying a stiff premium on the pre-owned market,” Foley adds. “That phenomenon will disappear once the wait times get down to a more typical 12-18 months.”
But where is the demand most likely to come from? Vincent points to the current fleet trends. “Gulfstream is particularly strong in the US, which is currently home to 62% of the world’s business jet fleet,” he shares. “Bombardier has noticeably strong international appeal, where they have been carving a name and space for themselves for many years.”
Gulfstream G700 Market Timing
With the Global 7500 beginning customer deliveries at the end of 2018, and a positive outlook for new jet deliveries from Honeywell and JETNET iQ in October, it appears Gulfstream has timed the announcement of its newest jet very well indeed.
“The Global 7500 caused this competitive response by Gulfstream,” Foley says.

“My hunch is that Gulfstream has kept the G700 under wraps for a very long time, waiting to announce it once the 7500 was actually certified and being delivered," Foley continues. "They milked their G650ER cash cow for as long as they could before having to spend development money on a replacement.”

“The timing looks smart,” Vincent agrees, “especially as we view this as a major derivative of the G650.
“In our view, successful business jet programs are based on a 20+ year view of demand, where the initial design is the basis (or platform) for future derivations that keep the product fresh, relevant and attractive to customers as their needs, wants and desires evolve.” 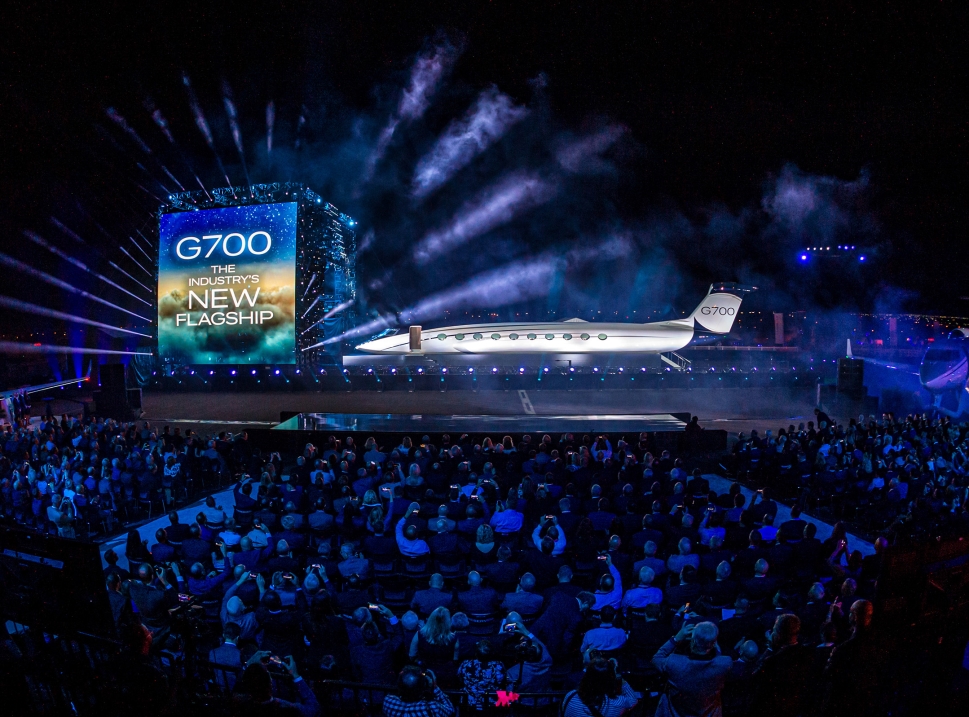 Ultra-Long-Range Market Expansion?
And with that in mind, considering the performance levels offered by the Global 7500 and G700, the question becomes whether Bombardier and Gulfstream have left any gaps in the Ultra-Long-Range market that either they, or a third competitor could exploit in the future.
“We think that the next big waves of technology at the top of the market will embrace higher speeds, cleaner powerplants, and next-generation connectivity in the front and the back of the aircraft,” Vincent says.

“I believe an 8,000nm range is the upper cap of what’s reasonable for a maximum range,” Foley adds. “I feel the next step isn’t further, but faster – as indicated by a number of new, supersonic contenders in the wings.”

“The coming to market of hybrid and/or electric power is contingent on advances in energy storage,” Vincent notes. “Unfortunately, light-weight aerospace batteries cannot seem to come soon enough to market.
“As much as ever, the engine manufacturers will be prominent at the table of new product development innovations that will change the way customers fly – and how OEMs market their products and services – in the future,” he concludes.
More information from www.navigating360.com or www.brifo.com