What's the Cirrus SF50 Vision Jet Like to Fly?

On behalf of AvBuyer, Rohit Jaggi reports on his experience flying the Cirrus SF50 Vision Jet. What makes this aircraft so popular among Business Aviation’s owner-operator contingent? Find out here… 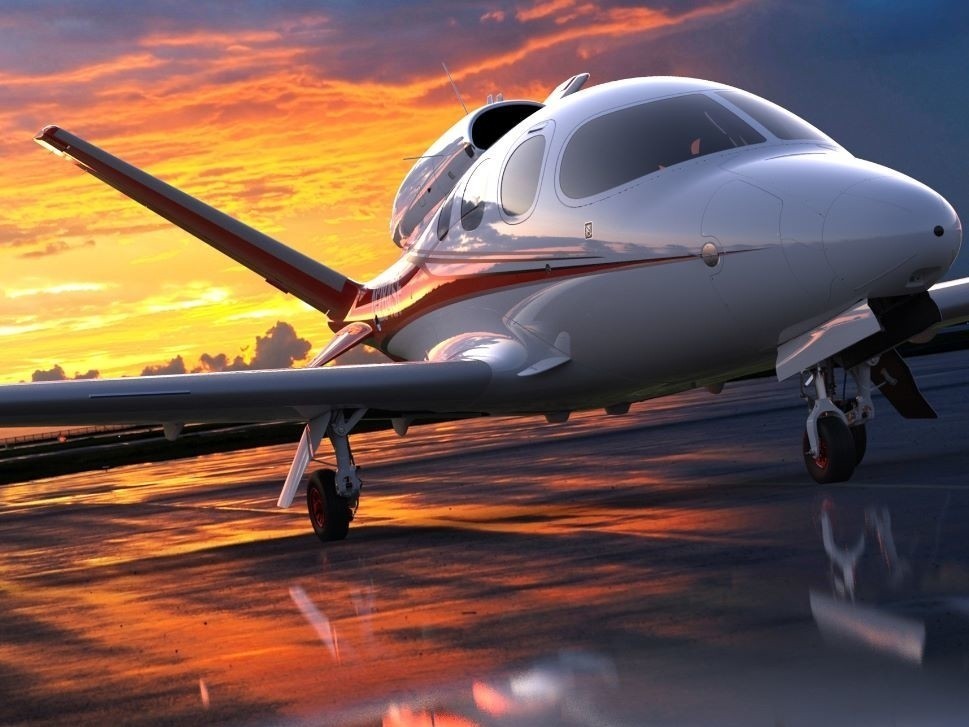 On behalf of AvBuyer, Rohit Jaggi reports on his experience flying the Cirrus SF50 Vision Jet. What makes this aircraft so popular among Business Aviation’s owner-operator contingent? Find out here…
Strapping myself into the left-hand seat of the Cirrus SF50, much of the cockpit looks and feels familiar.
There are two big display screens that are the windows into the avionics system (like in the SR piston-engine airplanes in the Cirrus Aircraft line-up).
There is the side stick at my left hand (also familiar from the SF50’s SR siblings). What is far less usual is all the space and light around me. It’s a pressurised aircraft but the windows are unusually large. And the cabin itself is remarkably roomy.
This is the Vision Jet, which sits in a class of its own – a single-engine personal jet aimed squarely at owner-pilots, though it also has the potential to shake up the lower-end of the private jet sector.
Familiarity was one prime objective when Minnesota-based Cirrus sketched out plans more than a decade ago for a small jet powered by a single turbofan.
The SF50 was part of a tide of optimism about an ever-growing market for jets, in the heady days before the global economic crash, that also gave birth to the Eclipse very light twin-jet and the Diamond and Piper single-engine jets.
Cirrus had made its name with the SR20 and SR22 single-engine piston aircraft, so a single-engine turbofan was an easy choice. The OEM had also pioneered a whole airframe parachute, for use in dire emergency. So that, too, was also a no-brainer.
“With the SR we started selling a plane,” Matt Bergwall, director of the Vision Jet product line explains, “but we got people into aviation. People understood the utility of aviation. The Vision Jet was made to be the next step up.” 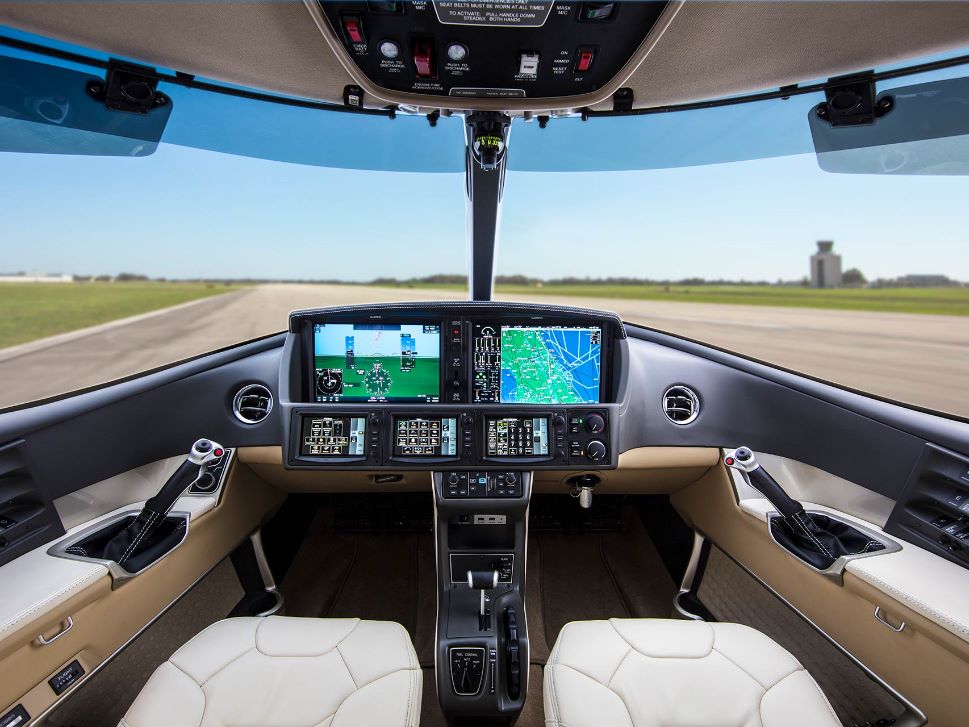 Space was another prime objective. Using composites for the airframe freed Cirrus from the tyranny of the tube-shaped fuselages resulting from using aluminium alloy. The ensuing broad, tadpole-like shape, with space for up to five adults and two children in three rows, could also do away with the divide between cockpit and cabin common in most jets.
This means that if it’s a family travelling together, they are all in the same space, rather than the pilot/parent being isolated at the front. “It’s more like a station wagon than a limousine,” adds Bergwall.
Powering Up
Starting up the turbofan is no more complicated than starting a family automobile’s engine, either. The turn of a switch, the push of a button, and the automated systems make sure nothing goes wrong.
That’s an example of the over-arching design philosophy – take all the functions that are routine or capable of automation and offer at least the option of having the aircraft do them by itself. As an example, once a destination is fed into Cirrus’ Perspective Touch avionics (customized from Garmin’s G3000 system), the schedule of cabin pressure changes is handled automatically.
Feeding in power is also simplicity itself – lined up on the runway I push the single power lever through the maximum continuous power détente and unleash the Williams FJ33-5A engine’s 1,836lbst.
At the aircraft’s maximum takeoff weight of 6,000lbs, I don’t expect acceleration to be earth-shattering, but with only two of us on board it is sprightly enough. (Even at maximum weight, take-off distance to clear 50ft is 3,192ft, and climb rate is up to 2,500ft per minute.)
Stable & Predictable Handling
The SF50’s V-tail keeps the empennage out of the way of the engine, mounted on top of the rear fuselage. But an extra benefit is two matching fins below the tail, which comprise a stability augmentation system that comes on once we leave the ground. They also counteract yaw, which means there is no need for a yaw damper.
The result is an aircraft that is stable and predictable in its handling – which is perfect for an aircraft that is likely to be flown under Instrument Flight Rules for much of its time in the air, even if not actually in the clouds.
The hugely sophisticated autopilot helps here – an easy interface is just ahead of my right hand where it rests on the power lever.
While there is no auto throttle, an on-by-default envelope protection system is built into the electronics. If I try to turn too steeply for the airspeed, for example, and ignore the verbal warnings, the system nudges the stick back towards safety. And for protection against stalling there is both a stick shaker and, as a next step, a stick pusher.
In addition, if I were to become disorientated while hand-flying (for example in cloud or on a moonless night), there is the ‘magic blue button’. Pushing it returns the aircraft to straight and level flight. It’s quite hard to imagine needing it, though. 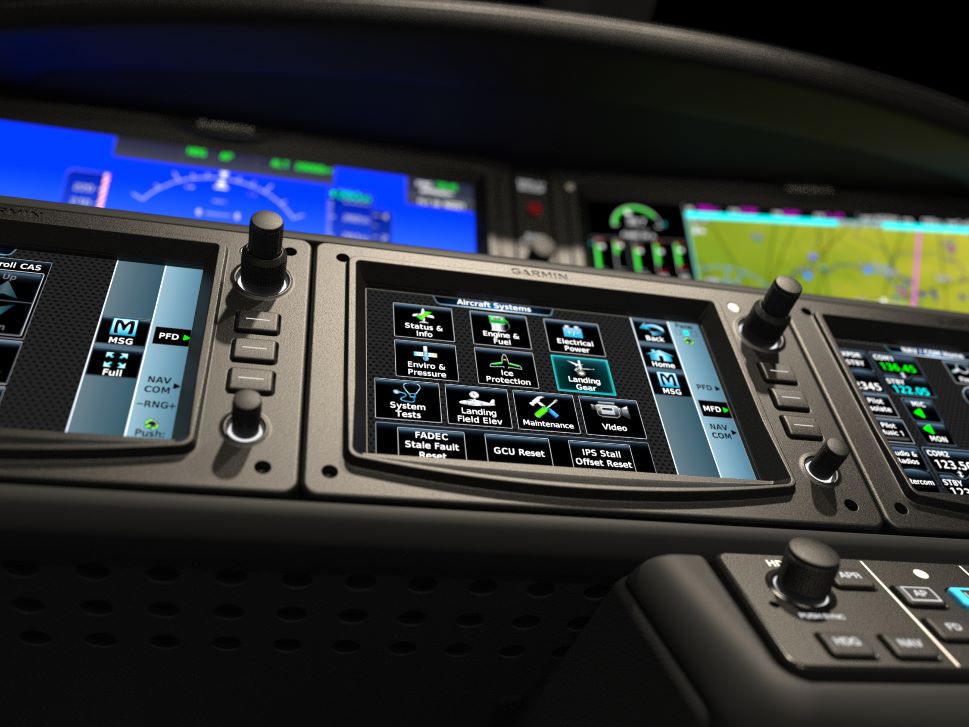 Most flying is done through the autopilot, and the Vision Jet’s display screens are not only big but also customizable. So almost any combination of maps, systems data and weather can be displayed at the same time.
Below the screens are three large touchscreen controllers, one of which can act as a standby primary flight display. The touchscreens can also be set up to individual preferences – for example, on my flights I kept one for quick and easy entry of radio frequencies.
This is a seriously capable going-places machine – a range of up to 1,200nm, or 1,000 at high-speed cruise, means that from the Knoxville, Tennessee Vision Jet delivery center we could fly to almost anywhere on the US east coast without stopping for fuel. To the west, Amarillo would be within range.
Fuel burn is startling to anyone coming from piston planes – the first hour of a trip uses 80-85 US gallons, but at cruise the jet uses only about 70 gallons an hour. Overall, that’s roughly $300 per hour). You can cover a lot of ground in each hour – high-speed cruise is 300kts.
Landing speeds are low for a jet – stall speed is just 67kts (against 60kts for the SR22) and I found that the aircraft was easy to settle into a stable descent, at the bottom of which the trailing-link landing gear makes every landing look good.
Pilots will need a specific type rating, and training for one pilot is included in the airplane’s price. An instrument rating, allowing the pilot to fly in cloud, is required but that can be added into the training syllabus. You need it to fly at the altitudes where the SF50 is most efficient –at, or near 28,000ft.
There will also be two Vision Jet full-motion Level D simulators from July, when the one at Knoxville becomes operational. The other is in Poznan, Poland. 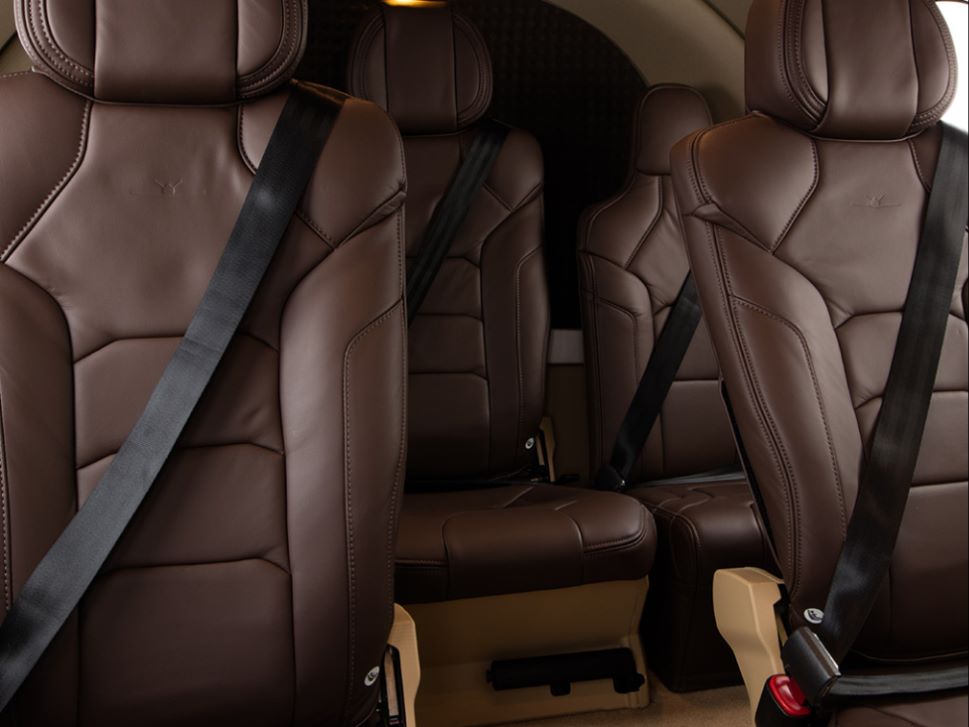 Healthy Demand
Cirrus stuck with its SF50 while planned rivals such as the Diamond D-Jet and the PiperJet were shelved. And it looks like the Minnesota company’s faith in the concept was justified. Since FAA certification at the end of 2016 Cirrus has delivered 45 jets and has orders for more than 600 in hand.
At a current production rate of just over one per week, this year it will deliver 60 – that’s a healthy backlog, when output is ramped up to 125 annually. However, Bergwall says opportunities for earlier positions do come up from time to time.
Given the pricing ($1.96m base price, and $2.4m typically equipped) demand is likely to remain strong from Cirrus piston plane owners seeking to trade up, and those turned-off by the high price of more conventional Light jets.
There are also fleet operators for whom the economics of the aircraft make sense.
While aviation’s history is littered with the bleached bones of aircraft that were going to change the way we fly, the Vision Jet might be the aircraft that extends the benefits of jet ownership to many more pilots. Full marks to Cirrus for keeping the faith.
More information from www.cirrusaircraft.com 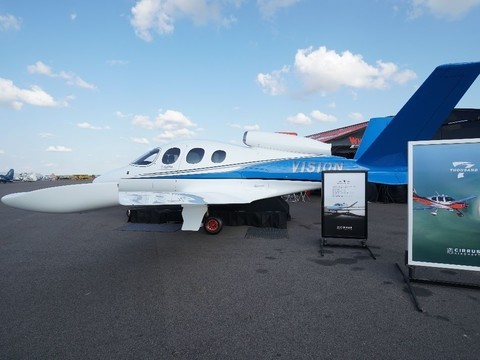 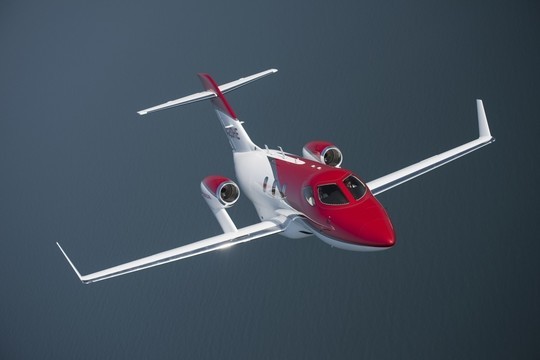 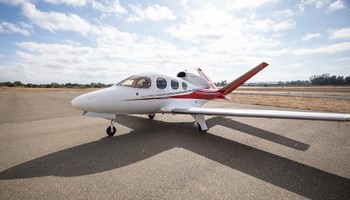 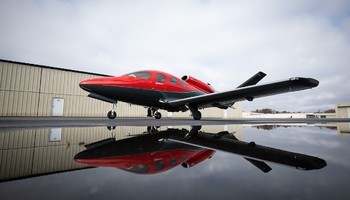 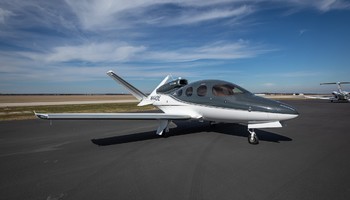