Even with all of the necessary precautions taken, those experienced in travelling to and over Russia still advise operators to be prepared for surprises resulting from unexpected demands, delays or expenditures.

Post-Soviet Russia remains as bureaucratic and process-driven as any Socialist regime, with the impact of official corruption ever-near, ready to trip up even the best prepared traveler.

While General Aviation flying for Russian citizens has improved in recent years, experts advise that if any country warrants a third-party provider, ground-handling representative or professional trip planner – in-country – it's Russia. While the processes themselves aren't particularly onerous, the need to manage the details of permits, visas and permissions makes for a degree of uncertainty, especially when operating beyond the few large airports with airline service and facilities familiar to Western operators.

Travelers shouldn't expect perfect consistency in the application of rules, regulations and airport operating hours. Spread across 11 time zones, local officials can impose the vagaries and variability possible when they operate largely independently of national oversight.

And if you plan to stop at any facility that isn’t an airport of entry, be prepared to hire a domestic navigator.

Russia's economy in recent years hasn't exactly been friendly to the natives, so it's unsurprising that it has had an impact on the use and popularity of Business Aviation among the country's domestic operators. Of course, these problems roll over onto the costs of visiting the country and traveling within her borders.

Accommodations in the 4-star range within the Moscow metropolitan area may exceed $450-500 per night for crew. And then there's another rippled effect of Russia's economic challenges: significant variations in currency exchange rates. Even exchange fees can be significant.

Among the advance preparations to undertake before traveling to Russia are the paperwork requirements imposed by the state. The requirements for visas vary with the type of operation involved – Part 91 versus 135 – and the number of destinations planned within the country.

Flight permits, landing permissions and overflight permits should be arranged well in advance of your planned departure date – and reconfirmed within a few days of departure. An extra check is also considered a smart idea, as circumstances allow.

Be sure your country of departure doesn't impose any additional requirements, since Russia is not on the best terms with all of its neighbors.

No visa is normally needed for an operator making a technical stop. A visa will be required for additional planned stops at most locations, however. But some areas within Russia require visas for flights making a single stop inside the country. Hence the repeated recommendations to work with a third-party trip planner or local agent.

All of the above visa requirements are for passengers. For crew, visas are a must – and they must be acquired before arriving. The penalty for landing without crew visas may be as little as a warning or as much as a big fine. Add other landings without crew visas and you can expect the fines to increase and continue to increase with each additional indiscretion.

The penalties peak at a total travel ban from Russia that lasts for five years. Thus, agents and trip planners counsel you to make visas a top priority for everyone on board, obtained well in advance.

For the pilots and flight attendants you'll need to show the flight crew's licenses and medical certificates appropriate for the license. That's for Part 91 private operations – and applies to aircraft seating no more than 19. 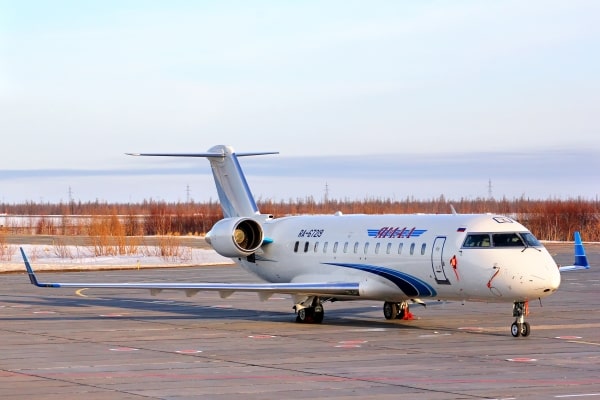 For charter operators, Russia also wants to see an Aircraft Operator’s Certificate. Russia's Civil Aviation Authority (CAA) may accept temporary registration certificates; it's strictly on a case-by-case basis and is decided when the operator applies.

Then there are country-specific requirements. For example, operators of French-registered aircraft need a letter from France's CAA.

And there are individual airport requirements. Not all of Russia's airports have fire-fighting equipment, for example. Thus when flying into an airport lacking fire coverage you’ll need to have a “crew crash card” available, and send that document in advance in order to obtain a landing permit. Again, an in-country agent can help make sure you cover this requirement.

All this bureaucracy takes time to work, which requires planning accordingly. The lead time for landing and overflight permits varies with the number of times you visit Russia in a month.

If visiting Russia between one and four times in a month, the permit lead time is a reasonable one day. Exceed four visits in a month and the lead time grows significantly – to 14 days for a landing permit. Of course, the CAA may consider permit applications on short notice but approval is strictly at the agency's discretion. And you can discount any thought of getting permits processed on weekends or Russian holidays. The CAA offices are closed.

For non-scheduled operators Russia extended the flexibility of landing permits a few years ago. Now permits become valid starting at 0001 UTC on day of operation and stay valid for 48 hours.

The change significantly improved flexibility for operators, as did changes in the circumstances requiring permit revisions.

Russia no longer requires revision of permits for:

And Russia also does not require permits for international flights that stay over neutral waters in an area of responsibility of the Russian Federation... as long as that flight doesn't cross into Russia's sovereign airspace.

Finally, no landings can occur for flights between the Republic of Georgia and Russia. And with the current hostilities between Ukraine, Russia, and Russian-backed Ukrainian separatists, be sure you're up to date on flight constraints in the airspace adjoining Ukraine, the Crimean Peninsula and the Russian mainland.

Few of Russia's 140+ airports operate 24-hours a day. Those that do will be the airports serving major cities such as Moscow. But operators can be comfortable that the airport is secure. Beyond that, things can vary significantly.

Hours and levels of service vary considerably, so working with your third-party planner or agent can help assure that you land at your destination while the lights are still on. The paucity of airports across Russia's vast expanses becomes more acute the further east you fly. Remember, the country stretches across 11 time zones.

Depending on your ultimate destination the company aircraft may get you only so far, requiring ground transportation to reach your destination. Planning for alternative airports for whatever reason can become even more of an issue in Russia's far east.

For some of the larger destinations in eastern Russia the alternative options are like an entirely separate trip. For example, if your flight to Petropavlovsk (UHPP) has to divert for any reason you're 480nm away from the nearest available alternate – Magadan (UHMM) - a diversion promising more complications than time and money. Factor into such diversions the need to revise flight permits, overflight permits, navigation fees and the availability of ground-handling services at that alternate airport.

Fewer than 150 airports – most of them on the smaller end of the scale – is not a lot of airports for a country spanning more than 6.6m square miles.

Many airports lack basic services such as de-icing or even snow and ice treatment of runways. Indeed, winter throughout Russia can prompt short-notice runway or full-airport closures, and an aircraft trapped by weather may face a lengthy delay in departure plans. So planning, as one trip agent explained, should be approached similarly to flying into the bush of an undeveloped country.

Finally, remember this: To fly into most of Russia's domestic airports a domestic navigator must be on board. Make your request when applying for your landing permit, and use your trip planner or in-country agent to help you work with one of the suppliers Russia approves for this work. 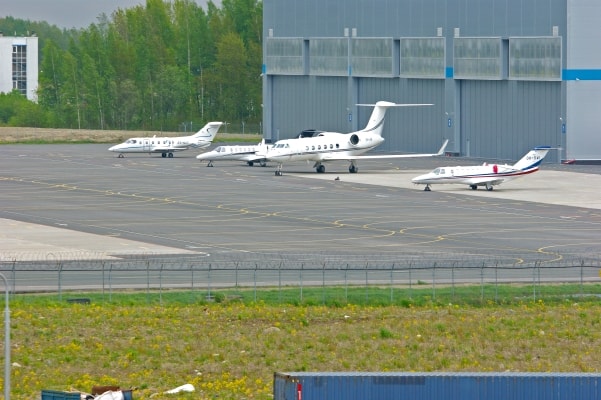 On the bright side, this requirement does provide a measure of language security, since controllers and ground crew at those smaller airports probably will use the Russian language for communications.

In summary, pretty much every area of the trip should be planned thoroughly, with a flexible approach to handle any number of potential short-notice problems or alterations to those plans. Ideally this will be done in collaboration with in-country expertise for all stages of the trip.