Buying an Older Jet? How to Avoid the Surprises

There are many low-priced older business jets and turboprops available on today’s market. While price alone may be tempting for inexperienced buyers, Dave Higdon highlights additional considerations to help true value stand out...

As the old saying goes, ‘There's no such thing as a free lunch’. Potential buyers of older business aircraft should beware of the teeter-totter nature of prices for older models, and how to find value among them...

While the purchase price of an older jet or turboprop may seem cheap compared to a newer model, operating costs tend to run higher and continue to climb as usage adds more hours to the engines, landing gear cycles, and the airframe.

This tendency especially applies to out-of-production business jets for sale aged 20 and older. Hence the fact such aircraft can seem so cheap. That isn’t to say there are not some excellent aircraft in the older pre-owned segment. But, when shopping this area of the market, buyers would benefit from experienced guidance, as well as keeping their eyes wide open.

Airworthiness Directives (ADs) are a fact of life for aircraft owners and operators. An AD is an order from the Federal Aviation Administration (FAA) requiring some form of work on an aircraft, its airframe, the powerplants, or the avionics.

Some aircraft draw relatively few ADs, while others seem to garner more. But it's very rare for a jet to get through its useful life with no ADs imposed. The older the aircraft, the greater the possibility of it being subject to one or more ADs.

Examining the aircraft's records as part of a Pre-Buy Inspection typically includes finding and reviewing the list of ADs applicable to that specific aircraft model.

Without a list readily available, the inspector would need to consult FAA records to determine what ADs exist; which apply to the aircraft in question; and whether the current owner resolved those orders.

ADs with an applicable ‘terminating action’ should all be permanently resolved. Recurring ADs, however, come back again and again. And some can be relatively expensive to resolve (particularly the recurring ADs).

A buyer becomes responsible for AD compliance upon taking possession of the aircraft. So it’s essential to develop a list of recurring ADs, any pending ADs with terminating actions available, and the annual cost of sustaining compliance before signing a purchase contract. 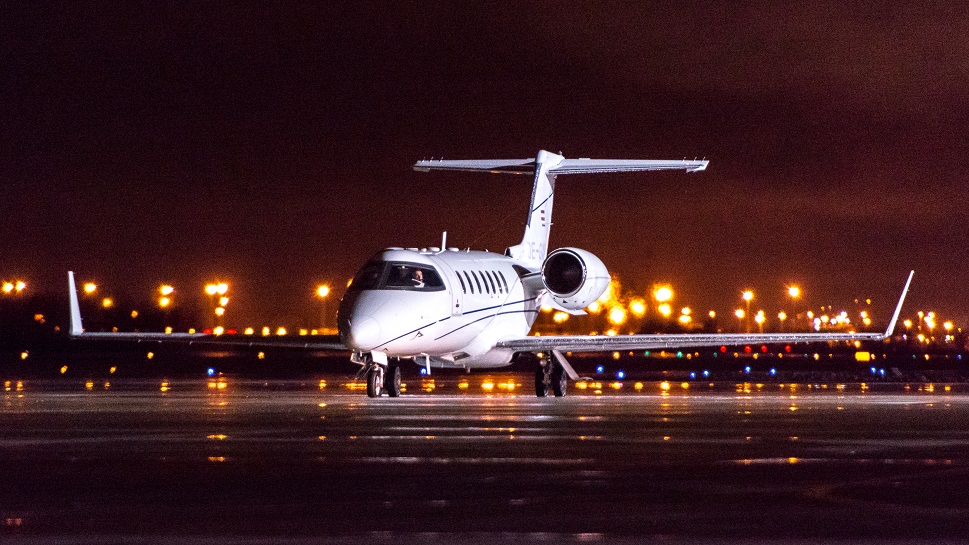 The Pre-Buy Inspection should also include a look at the aircraft’s engine logs. It’s important to know how close those expensive turbine engines are to a mandated hot-section inspection or overhaul.

Some older jet engines cost more to overhaul than the total value of the aircraft, and buying into this situation adds to the expense of ownership, unless the jet is enrolled in an hourly maintenance program, and accrued funds in that program are transferable to the new owner.

Powerplants are not the only part of a business aircraft with time or cycle limits that lead to a mandated overhaul. Where the airplane meets the runway is the landing-gear and its multiple components, many with either time- or cycle-based limits on use before they must face an overhaul.

This is yet another area in which the expertise of a type-trained maintenance technician is useful when examining the aircraft's logs.

The goal is to make sure the landing gear system can handle the rigors of take-offs and, in particular, landings without risking a gear collapse.

Be mindful that, where business aircraft are concerned, overhauling the gear may require the specialized knowledge of the factory or a factory-approved maintenance provider. And remember you'll need to plan on the downtime and cost required.

Upgrading the flight deck offers new, important capabilities to the aircraft. For example, many older aircraft still fly with an analog panel, with a six-pack of flight instruments and individual indicators for navigation and instrument approaches.

That flight deck is an area ripe for a makeover with a digital panel sporting a primary flight display (which combines six flight instruments and, often, multiple navigation indicators, along with traffic, weather and terrain warning systems).

This is one area of aircraft ownership where the cost of a makeover has declined in recent years, as more lower-priced options have entered the market. Yet, it’s worth understanding what an older aircraft already offers, costing up what would need to be updated or added to allow you to operate it as you need.

For example, equipping with a WAAS GPS

navigator can open up thousands of new approaches made possible by the improved accuracy available. There's also the potential for gaining access to Performance-Based Navigation (PBN), which brings arrival procedures and approaches delivering higher efficiency – particularly in regions with high traffic density.

On the flip side, fewer avionics shops seem willing to keep an old analog panel functional, owing to the fact parts for many older avionics components either disappear or become available only by cannibalizing other, already old, avionics equipment. So, know the status of the avionics before you buy…

In general, the greater the number of a jet or turboprop model flying, the greater the availability of parts (both new and recycled). A few businesses exist that disassemble retired aircraft and certify the salvaged parts as replacements for the same make and model.

By consulting with the inspecting maintenance technician, a potential buyer can learn about the availability of spare parts for a given make and model.

Maintenance technicians tend to advise potential buyers of older jets to beware the models whose production lasted only a few years, and for which spares may consequently be scarce.

Understand the Aircraft Airframe and Surfaces

Have your inspecting maintenance technician play particular attention to the airframe and windows. The airframe could harbor corrosion – some of which may be hidden away in areas not easily accessed or seen.

Understand the severity of any corrosion that is discovered, and the measures required to correct it. And give particular attention to possible impacts of corrosion when the prospective aircraft has been based or operated in corrosive saline coastal environments, or dusty locations.

Moreover, the windows around the jet and on the flight deck should be examined thoroughly. As aircraft age the windows can deteriorate – possibly leaking – or become sun-damaged, showing tiny cracks and flaws.

Research is the Key

There are operators who consistently seek out older business aircraft due to their lower costs of acquisition. These experienced buyers know that maintenance and fuel costs will be higher than for a newer aircraft, but often focus on a single model – or group of models.

In the process, they become intimately familiar with the trade-offs, and where to find the specialized maintenance and the spare parts to keep the jet flying.

They also know where an issue with the airplane is worth correcting, or whether it is a deal-breaker.

If that approach holds appeal, you should consult with other's experienced in this type of aircraft ownership; locate their owners’ group; find and secure the services of a maintenance technician familiar with the type; and proceed as a team.

For the fully initiated, where older business aircraft are concerned, there’s no doubting ‘there’s gold in them there hills’!