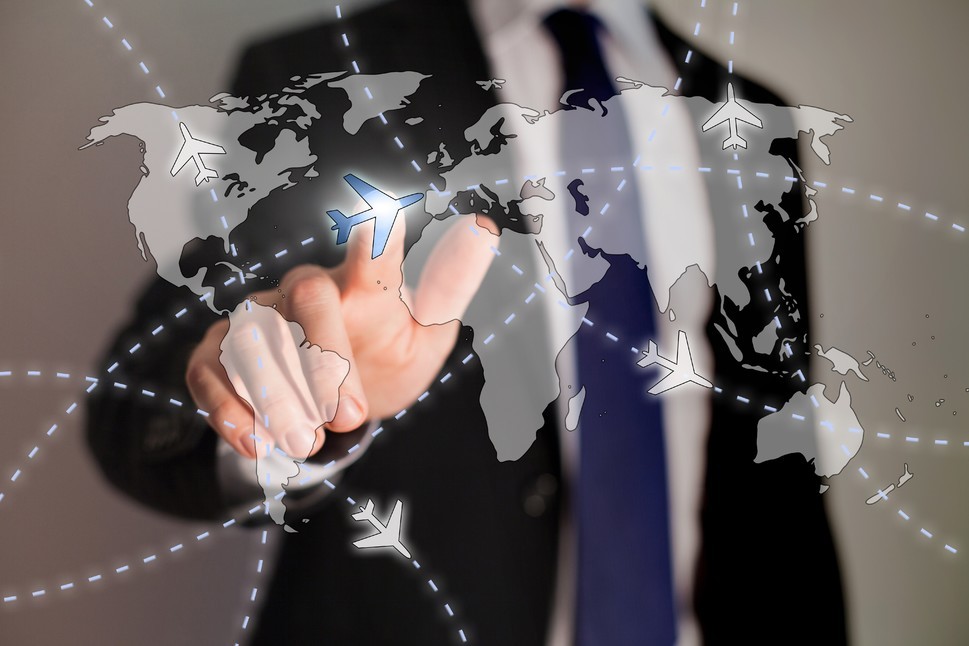 It's not hard to assert that flying within the United States presents the fewest, most-easily met requirements of any region on the planet. A flight plan isn't even required unless the flight needs IFR services due to bad weather or flying above Flight Level 180 (for example).

And yet, for its relative simplicity, within the United States optional advance work can help preclude re-routings, ground holds and other diversions from the plan when traffic congestion rears its head.  Also, there is the ever-present need to have no surprises when you reach your destination, such as glitches in ground transportation or issues with catering for the next leg of the itinerary.

Private and commercial traffic within the US far exceeds that of any other country. The odds of ATC diversions increase with traffic density along your en route sectors, the level in terminal airspace, and at your destination. The terminal airspace areas where this is most-likely to occur are as easy to find as the 36 Class B airspace sectors and their 37 airports.

Avenues exist to minimize such route disruptions, and possibly inoculate a flight against any unacceptable changes. First-person help exists in the form of the NBAA's staffing of the General Aviation Desk; at the FAA's traffic-flow crossroads; as well as through a myriad of available commercial flight planning services.

Capitalizing on these options requires more advance thought and planning – regardless of where in the world the airplane must go.

The most-complex planning and paperwork, however, involve trips across national borders where even after modern technology has streamlined much of the process there’s still a complex, overlapping series of pre-flight preparations to meet requirements that vary by country.

When flying internationally, a flight crew must know and adhere to the requirements of the destination nation. Failure to properly plan for an international trip could result in an unexpectedly quick return flight because a national requirement was not met.

Plenty of help exists to prepare a flight crew for an international flight – both at the flight planning stage, and for identifying and meeting international requirements that will be met en route.

Beyond the US, Canada and Mexico in the Western Hemisphere, flight-planning and filing requirements typically come with the need to file further ahead of departure than for a domestic flight. Advance filing requirements of 24 hours are not unusual - a few require more advanced notice. Many nations require not only advance flight plan filing but also airspace and landing permits, as well as departure permits. Nor should an operator forget to check on overflight requirements in which nations can expect flights to meet their regulations and pay their fees.

Since international trips seldom fall into the spur-of-the-moment category, the time to start researching requirements for passengers/crew and airplane is the moment the trip becomes a possibility. Enlisting a professional trip-planning firm can excise much of the work and worry from arranging such an international itinerary. That firm can carry you through the entire process, up to and including obvious check-list items (hotels, cars and restaurants), as well as work needs (temporary office and secure computer access).

Don't forget to weigh any security considerations that may accompany the person or destination. Ultimately, more documents, inoculations, equipment and notifications go into planning flights beyond domestic borders.

Europe, for example, requires documentation for the aircraft and people, as well as advance notifications and specifics on the cities you plan to visit when the trip is more than a simple fly in and fly away proposition. The UK has its own rules and fee schedules; it’s common to all the countries that accept private aircraft visitors. Thus, a checklist tailored to the nation of interest can help assure the crew of meeting all of the requirements for the trip. But beyond each individual state's requirements, visitors may face a specific process for handling services (fuel, ramp or hangar parking, etc.).

Is The Airplane Ready?

Don’t overlook the avionics mandates as they apply globally. ADS-B Out via 1090ES is already mandatory in most nations outside of the US (Canada and Mexico excepted). Australia and Europe are already on board. And if your plans include ocean crossings via the North Atlantic Track, well, you have more to consider for the higher altitudes.

February 5, 2015 marked the implementation of Phase 2 of the North Atlantic DataLink Mandate (NATDLM). This initiative aims to improve communication, surveillance and air traffic control intervention capabilities in the region and help increase the traffic flow and still ensure safety by reducing collision risk.

Phase 1 began in February 2013 by requiring all aircraft operating on or at any point along two specified tracks between FL360 and FL390 during the Organized Track System (OTS) validity period be fitted with, and use Future Air Navigation Systems (FANS) 1/A (or equivalent) Controller-Pilot DataLink Communications (CPDLC) and Automatic Dependent Surveillance-Contract (ADS-C).

Eurocontrol postponed the VHF Data Link (VDL) Mode 2 Communications mandate in Europe until February 5, 2020, but starting in 2020, all civil aircraft operating IFR above FL285 in the Eurocontrol area must be retrofitted to support VDL Mode 2 data. Aircraft delivered before 2014 with FANS 1/A installed are exempt from this mandate, however. Europe's ADS-B Out requirement began on January 8, 2015, for aircraft manufactured on, or after that date; non-compliant aircraft must retrofit by December 7, 2017.

For flights within US borders, conversely, Mode-C and Mode-S remain requirements for ATC surveillance – at least until December 31, 2019. On January 1, 2020, the US steps into line with the rest of the world requiring ADS-B Out for operation in its airspace.

As mentioned above, no advance notice is needed for domestic US operations. Open skies abound. No restrictions will be encountered... well, apart from TFRs, MOAs, Prohibited Areas and approximately three dozen cities.

For those sectors and cities, advance notice and some coordination with the FAA can help keep a trip on-track and allow an operator to avoid hearing those dreaded words, “Stand by...” This is where some new FAA tools come into play to help minimize, or even eliminate surprise route changes.

Collaborative Trajectory Options Program (CTOP) and Collaborative Airspace Constraint Resolution (CACR): the main difference between the current system (CACR) and what CTOP offers is the ability for the operator to file with multiple route options so, if the original becomes unavailable, you can avoid discussions about your amended route.

As part of CACR, CTOP is a traffic management initiative (TMI) that automatically assigns delay and/or re-routes around one or more flow-constrained area (FCA) airspace constraints in order to balance demand with available capacity.

With CTOP, however, a cooperative operator can be lined up to get priority handling to avoid the constraint, providing of course that capacity exists at the arrival airport.

Furthermore, CTOP allows operators to pick a reroute, from their Trajectory Options Set – those filed alternatives – rather than taking a ground delay or rerouting per FAA dictates. Realizing the benefits of CTOP requires an operator to do a bit more advance planning, particularly on days and to regions impacted by constraints such as convective weather. And operators must be willing and prepared to accept any of the routes contained in their TOS.

CTOP is optional, with participation level left to the operator's discretion. Those who decline participation simply continue to file their single flight plan – considered a ‘single-option TOS’. (Naturally, however, single-option TOS’ face higher odds of a ground hold or re-routing should their filed route becomes unavailable.)

To participate in CTOP, operators submit a set of route options – their TOS – along with their flight plan in advance of the flight. A number of popular flight plan service providers are working on enhancements to their systems that allow them to assist operators in creating TOS', submitting them to ATC, and keeping those operators updated on changes.

Once the TOS has been submitted, the operator needs to be prepared to receive updates from ATC as conditions change. While one particular route might be assigned initially, that route assignment could change several times before departure. This is due to the fact the CTOP is constantly evaluating the constraint(s) and making adjustments to maximize capacity.