What is the impact of lost or obscure aircraft records on value?

The FAA advises all aircraft owners that they are legally required to keep and maintain all of the following records pertaining to an aircraft and its key components (see FAR 91.405/91.417/AC43-9):

Such records are only required to be retained until the work is repeated, superseded by other work or for one year (except for altimeter and transponder checks, which are to be retained for two years).

Operationally, the FAA also requires that the following documentation be aboard the aircraft at all times:

Have you ever heard the term ‘Provenance’? It is used extensively by the major auction houses like Sotheby’s and Christies, and its definition according to Merriam-Webster is: 1. Origin, Source; 2. the history of ownership of a valued object, or work of art or literature.

The history of an aircraft is documented in its log books. Probably every reader will agree that an aircraft is a ‘valued object.’ To elevate a specific aircraft to being an example with ‘pedigree,’ its ‘history’ has to be ‘good’ or impressive (preferably both). How can ‘pedigree’ occur in an aircraft? Consider the two following responses to that question…

The aircraft can’t have any damage history. The aircraft must be maintained by following the recommended Factory Maintenance Program, achieved either by an OEM service center or by a well-known and reputable MRO that is a certified repair station.

All mandatory and preferably all recommended Service Bulletins must be accomplished, and the interior is fire-blocked. No items should be installed under a field approval, and no insurance claims be made against the aircraft. There should be few, if any, FAA Form 337s issued for the aircraft. All FAA 8130 airworthiness tags, all work order packages, invoices, manuals, and logbooks should be complete, concise, and stored,  ready to be included with the aircraft at the time of sale to a new owner.

Pedigree is not quite as conclusive as ‘Good’ History, because the issue is subjective to different people, each of whom brings with them varying points of view. The classic expectation of Pedigree is usually achieved when an aircraft is ‘one owner since new’ and the owner is a Fortune 500 or similarly-rated company.

The aircraft will have been operated and maintained exclusively under cfr 14, FAR Part 91 privately (or its equivalent outside of the USA), and lastly its total-time and landings will reflect the standard 400 to 500 hours per annum use. Higher-time/cycle aircraft have a perceived diminished pedigree even though they meet all of the other requirements.

The aircraft will have at least an ‘8’ rating for both paint and interior. Some people consider that an aircraft that is certified and operated under cfr 14, FAR Part 135 conversely has a higher pedigree than one flown exclusively under FAR Part 91. I can see this point of view, but I do not agree with it.

The opposite of good pedigree, by most people’s expectations (mine included), is one that has had more than three previous owners, flies charter regularly, has high-time, has a ratty interior and exterior paint, and has obviously been “used hard, and put away wet”.

Regardless of where an aircraft fits in the spectrum of Good History and Pedigree, it still garners a certain book and market value. Pedigree, etc. will elevate the desirability of the applicable aircraft, along with its matching higher value. A ‘dog’ aircraft still rates a US Dollar value, even though that value will be lower and ‘days on market’ considerably longer than an aircraft with good pedigree.

Consider the following sad story: A maintenance office containing the records of multiple aircraft, burnt to the ground. This single event affected the value of more than ten large turbine business aircraft.

I handled the sale of one of the affected aircraft years later, and I remember how some of the logbooks were literally photocopies of burnt and charred pages – some only 25% of their original size, i.e. 75% of the page was burnt away! Determining value of the aircraft affected was difficult.

The FAA recognizes that the use of ‘wood-pulp-paper’ records are quickly becoming obsolescent, and in 2002 it issued Advisory Circular No. 120-78, titled: Acceptance and use of electronic signatures, electronic recordkeeping systems, and electronic manuals.

Electronic records do not guarantee that all prospective buyers will be satisfied with the aircraft’s pedigree. There will always be a perception issue, where a percentage of aircraft buyers only consider the purchase of an aircraft that has physical paper records by the box-load, instead of a simple thumb-drive or link to a data storage cloud. 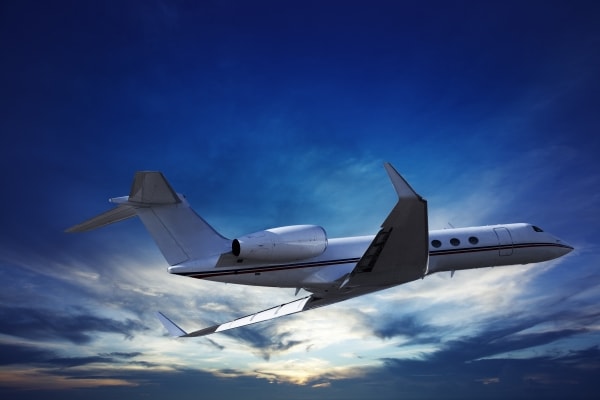 So, how much value will be lost if an Appraiser can’t read your entire modification, maintenance and repair history? The Aircraft Bluebook Price Digest publishes in its ‘User’s Handbook’ the following advice regarding the value impact of ‘missing log books’:

“The fact that an aircraft does not have original o complete log books diminishes its value. The reason for missing log books could well be innocent and out of the owner’s control – theft or destruction by fire, for example – but the result is the same. Missing log books mean that the aircraft’s history is no longer available for scrutiny. If an aircraft has damage in its history or has had lapses in maintenance, destruction of that airplane’s log books would be a convenient way to hide these facts.

“If an aircraft has been maintained by one facility or mechanic, the log books could be reconstructed, and doing so minimizes the impact of missing log books.

“Beginning immediately, when dealing with lost log books an NAAA member should use twice the major damage deduction on piston engine airplanes as the average reduction in value. From there the member will evaluate the situation regarding that particular aircraft and decide whether a higher or lower reduction is warranted.

“If an aircraft has no log books not only will the reduction be twice the major damage deduction but the appraiser may choose to make it higher based on the individual situation. In addition, the engine will be run out, the propeller will be run out, and an estimate for complying with all AD notes will be made. It may also be necessary to estimate the cost of complying with other airworthiness issues such as an annual inspection…

When I run the damage deduction numbers through the NAAA proprietary software, twice the Major Damage Deduction usually results in a 30% reduction in the base value of a ‘Missing logbook aircraft’.