Selling, or disposing of an older private jet can be difficult, but is not impossible. How can you extract maximum value? Andre Fodor shares some tips on creative solutions that can leave all parties happy…

One of the highlights of my aviation career has been working as a pilot for a major business jet OEM. Full of challenging experiences, the position I held with the OEM presented me with many learning opportunities.

OEM pilots tend to be considered both brand ambassadors and subject-matter experts, and eventually I became a part of the OEM’s think-tank group.

The preferred sales scenario for any OEM is one where a purchase is made, preferably with cash, and ideally without the need for an aircraft exchange. That is not always the case, though, and sometimes people bring an older jet to the table, offered as trade-in.

Occasionally, that aircraft may be nearing the end of its useful life, and could be hard to sell to another owner. Understandably, this can be a roadblock to a deal closing. You can be sure such trade-ins impact the OEM’s bottom line as it struggles to offload the low value jet.

Having seen this problem in my role with the OEM, I began to develop my own ideas about how an older jet or turboprop can be offloaded during a trade, some of which worked, while some proved less viable.

It is my hope that some of those thoughts can serve as inspiration, seeding your imagination when the time comes to make a deal or dispose of your older jet.

The Value of Trade-Ins

Several years ago, I was asked by my boss to purchase a brand new Large Jet. This came as a surprise, since our existing airplane – a Super Mid-Size Jet – was only two years old and had just received a new paint scheme to personalize the color and look.

The jet had amassed less than 500 hours total time, and wasn’t fully depreciated. So I proposed keeping it for a while longer. That proposal was ignored – the boss had his heart set on a Large Jet.

We elected to sell the airplane after the purchase and delivery of the new one, seeking to make use of an ‘in-kind exchange’ scheme that would enable further sales tax advantages.

Though I expected this to work well, it wasn’t until after 14 months that we received a low-ball offer which we negotiated into an acceptable deal, and finally sold the airplane. For all of that time, we continued to bear the burden of the Super Mid-Size Jet’s insurance and operational costs.

The better solution (since we were buying the Large Jet from an OEM) would have been to combine the purchase of the new airplane with the trade of the existing jet. Although we’d have received less up-front trade-in credit (the OEM would be assuming the risks of resale, and thus require a higher financial safety margin), we would have concluded the transaction on the same day the new aircraft was delivered. 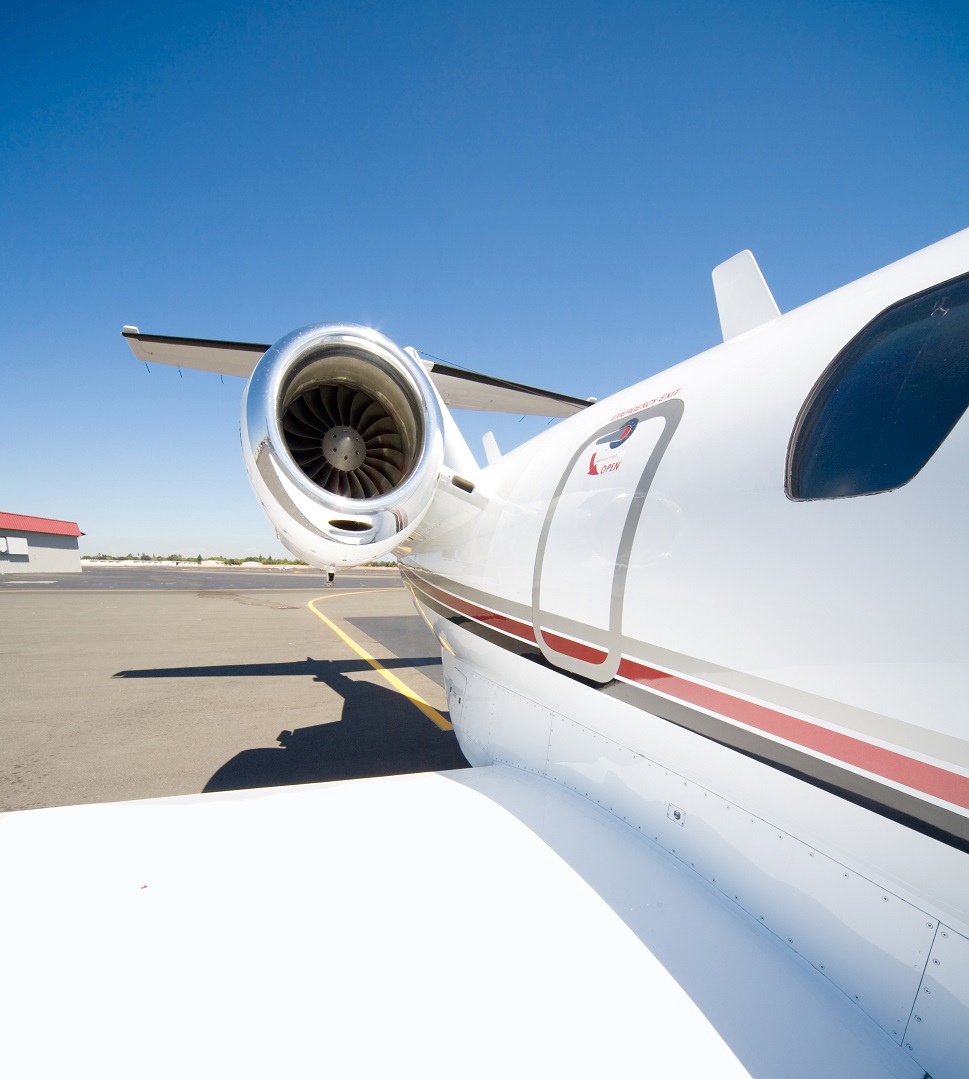 Dealing With the Problem of High-Time Aircraft

But what if the existing aircraft is a high-time jet? When working as an OEM demo pilot, I noticed how many older aircraft built by other OEMs were sitting idle in long-term storage.

It transpired that these were high-time airplanes, close to major inspections or overhauls, which had been accepted as part of a trade for a new aircraft. Since these aircraft were older, their residual values were low, so doing the required maintenance work made little sense financially.

The thought occurred to me that these jets could be leased to charter operators and generate revenue on any remaining hours the airframes or engines had, and upon reaching the maximum hours triggering the overhaul or inspection, the aircraft could be parted out.

The OEM could sell what it could, taking the loss of the difference as tax credits.

[Where the OEM was concerned, that loss could be attached to the sale of the new aircraft, since this was part of the payment, enabling the OEM to come out nearly even on paper.]

For private jet owners who understand the risks involved, you, too, could lease your older aircraft to a charter company, wringing the remaining profits from the jet, while actively seeking to sell the airplane.

And if you end up running out of useful hours, there are two choices:

As an aircraft ages, owners and operators are left with the challenge of finding the best solution to shed the financial burden of the older jet near the end of its useful life. As I hope I’ve demonstrated above, thinking outside the box will be vital to a satisfactory solution.

Moreover, learning about financial tools and taxation, and combining these with deep market insights, will provide the tools you need make the best of the situation.

BizJet Residual Value: How to Minimize the Anxie...
Right-Sizing BizJets: When to Plan for Change
Residual Values: The Hidden Cost of Business Jet...