The Private Jet as an Innovator’s Tool

Are you wondering how a business jet could help you become an innovator, taking your company to the next level of success? Check out these three case studies for inspiration...

The late Harvard Business School professor, Clayton Christensen, in his 1997 book ‘The Innovator’s Dilemma’, coined the term ‘Disruptive innovation’. But what does this mean, and how does it apply to business jets?

Unlike what you might think, disruptive innovations are not just about breakthrough technologies, or changes to improve products. They are about innovations that create accessibility and affordability to products for mass adoption.

You may be thinking that private jets are not affordable… While it is important to know how much it will cost to buy a private jet, as well as the annual cost to fly a certain number of hours, it is also important to take a linear approach.

A few years ago, Professor Clayton Christiansen explained how disruptive innovation cannot be measured before, but 12 to 18 months after it has been implemented… That’s a very non-linear approach.

This is where a private jet can become instrumental in delivering your company ‘disruptive innovation’, especially in a post-lockdown world.

In the following three cases you’ll see how private jet ownership did exactly this.

What many do not know is that use of private aircraft was key to Sam Walton’s business strategy in building his Walmart empire. He was a private pilot and used his Cessna C414 to travel around Arkansas and neighboring states to visit his stores, scout new locations, and recruit staff.

Being based in Bentonville, Arkansas, in the early days there was no interstate highway there. Back then, a road trip to visit another store could take eight hours, whereas a short flight could cut that down to one hour.

In order to build the business, Sam built a fleet of airplanes to be used as business tools.

Today Walmart has over 11,695 stores and clubs across 28 countries. Walmart’s travel program takes employees to locations all over the world, including to cities and towns not always closely served by commercial airports.

While the world’s largest retailer still relies heavily on scheduled airlines, it also operates 22 private jets – one of the largest corporate fleets in the world. The Walmart executives very rarely have to stay overnight, and travel on these jets to multiple locations in one day. For a lot of companies, the benefits of the corporate aircraft far outweigh the cost.

“Walmart is probably the most penny-pinching, efficient company on the planet,” says Chris MacDonald an ethics expert and visiting professor at the Keck Graduate Institute in Claremont, California.

Incidentally, during the financial crisis of 2008-2009, Walmart continued to increase its private jet fleet, resulting in it being able to keep prices of groceries low for its customers, as this way of traveling increased efficiency. 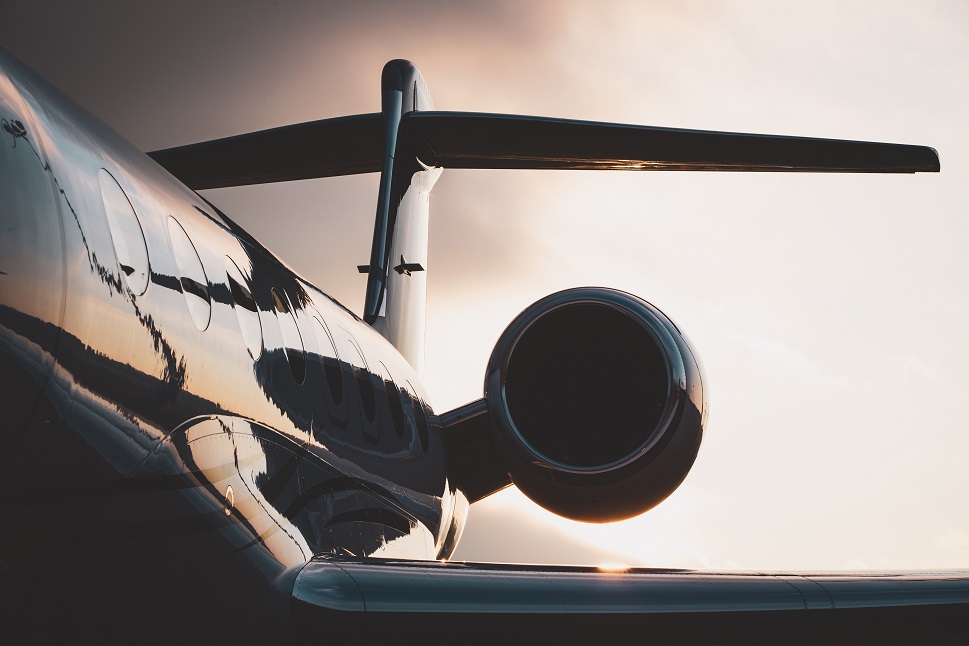 Study 2: Only the Brave

Diesel founder, Renzo Rosso's laid back curly-hair surfer look, jeans, T-shirt, sneakers and ultra-casual motor biker style are not what you'd expect from an Italian in the fashion business. Then again, Renzo is the essence of the unexpected.

He revolutionized the fashion industry by “being stupid”, and that remained the cornerstone of his success. “Smart sees what there is. Stupid sees what there could be,” he says. “Only the Brave! has been one of the main pillars of Diesel philosophy from the very beginning – thinking of how things could be, not just of how they are; being so brave to try new things and explore new ideas.

“This name is perfect to describe who we are. You have to take risks to succeed, right?”

Renzo Rosso explains how the braveness to make stupid decisions and the ability to see things for how they could be helped him build a successful company and become a billionaire.

Buying his first private jet, a Bombardier Learjet 45, was what many believed to be a stupid decision.

While his CFO told him buying a jet was not a smart thing to do, Renzo Rosso – being the out of the box thinker he is – didn’t listen. He bought the jet and used it as a business tool, flying in and out of different cities with a speed the scheduled airlines couldn’t match.

Once he saw his business growing exponentially, he ordered a brand new Dassault Falcon 7X that gave him intercontinental range, and took the Diesel brand global. 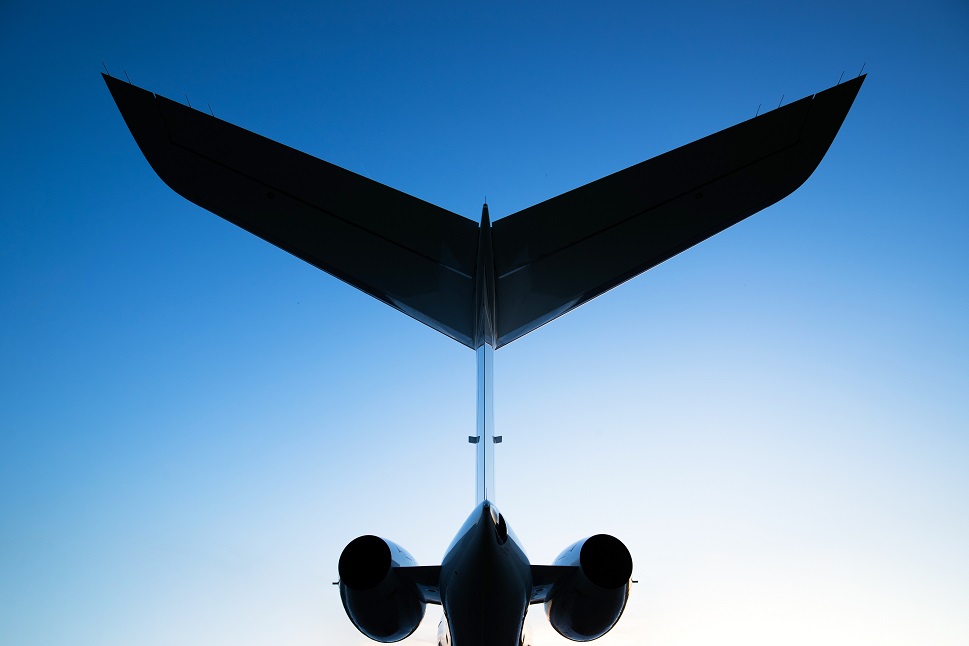 Study 3: 10x Your Business with a Private Jet

Grant Cardone started his career as a used car salesman, investing early into real estate. Today he owns over 6,000 multi-family properties across America, amounting to a net-worth of over USD$1.5 billion.

Grant was recently featured as one of the stars in the TV show ‘Undercover Billionaire’. He is also famous for his sales seminars and numerous bestselling books, such as, “The 10x Rule”.

Grant had become sick of being on the road for more than 250 days a year, delivering sales training all over the US, Canada and Mexico, with the occasional inter-continental gig.

For over 10 years, traveling through airports had become more and more time-consuming and troublesome. As he got married and had a family, he started using video conferencing to reach his clients, and he tried to avoid traveling as much as he could.

As his real estate empire grew, however, he saw that if he really wanted to expand exponentially, air travel was necessary.

In 2015 Grant bought an eight year-old pre-owned Gulfstream G200 for USD$8m, and in his first year of operating it, the jet flew 250 hours. He said his jet was like a holiday home: if you own one you’ll use it.

However, a private jet depreciates, so he is always thinking of ways of using his jet to make him money – though he doesn’t charter it out, preferring to keep it exclusively available for his own use.

A typical day would see him fly to multiple locations, take his wife and kids with him and close a number of deals, getting home in time for dinner in Miami. The flexibility of going when he wants, flying into smaller airports closer to his meetings, adds tremendous edge to his business.

Grant also sends his jet out to pick clients up and says this certainly gets people’s attention, increasing the odds of deals going through.

He adds a further layer of leverage, by sharing all the above on video with his millions of Instagram and YouTube followers. The fact Grant shows his fans he has a jet, and how he uses it, encourages more people to invest with his Real Estate company, Cardone Capital.

Grant defines his private jet as a time machine, and the single best investment he has ever made. In fact in only his second year of bizjet ownership he credited the plane with being the key factor in doubling his business.

Three years ago he traded his Gulfstream G200 in for a longer-range Gulfstream G550, allowing him to start travelling internationally, taking his empire into the billions. 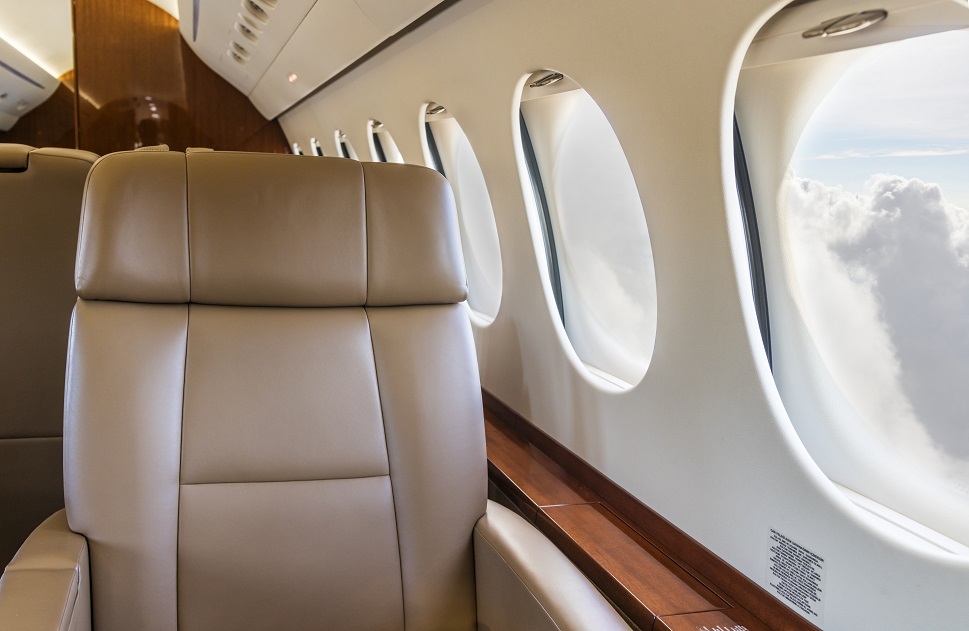 The Innovation Approach to BizAv

The common denominator in these three stories is the ‘innovative approach’ all three entrepreneurs had. They didn’t buy their aircraft after they made the ‘big money’, they used business aircraft as a ‘strategic tool’ to build their empires.

Most people think once someone makes a lot of money, they buy a private jet, making it a ‘luxury item’. Sam Walton, Renzo Rosso, and Grant Cardone clearly used the private jet as a business tool, and consequently built empires in three very different sectors.

To further back this up, the NBAA published some interesting data in its 2014 Fact Book, revealing that business jet travelers generated 245% higher return for their shareholders (dividends plus stock price appreciation) than those traveling by other of transportation.

During the lockdown period many have had time to re-evaluate their lives and how they do business. While some have traveled for leisure, most business meetings have been happening virtually.

As business travel resumes and many realize the scheduled airlines have scrapped many routes, and reduced frequency on others, you are faced with three options:

Option #1 is the cheapest in terms of cost and time, and it’s effective to an extent. But sometimes face-to-face meetings are necessary to get things done.

If you go for Option #2, you will be faced with fewer choices than you had pre-lockdown. The number of airlines has shrunk, and the number of frequencies on certain routes has been reduced.

Knight Frank's Wealth Report 2020 stated the total number of UHNWIs globally is 513,244, with this number predicted to grow over the next 10 years.

According to Business Aviation intelligence company, JETNET iQ, there are 21,985 business jets in the world, and around 18,000 owners. If we divide the number of current UHNWIs worldwide by the number of private jets (18,000/513,244) we see that only 3.5% of them owns a business jet.

With that in mind, I predict one of two things:

So, from a non-linear perspective; after 18 months of using their private jet, most people realize it has created accessibility, at a faster speed, to deals that otherwise would have not been done.

The private jet is the ultimate disruptive business tool, and with supersonic travel and Electric Vertical Take-Off & Landing (eVTOL) flying machines coming to the market in the near future; these innovations will cause even more disruption…

Buying Older Jets: How Old is Too Old?
How to Measure BizAv’s Value to Shareholders
Jet Ownership: How to do a Corporate Travel Prof...