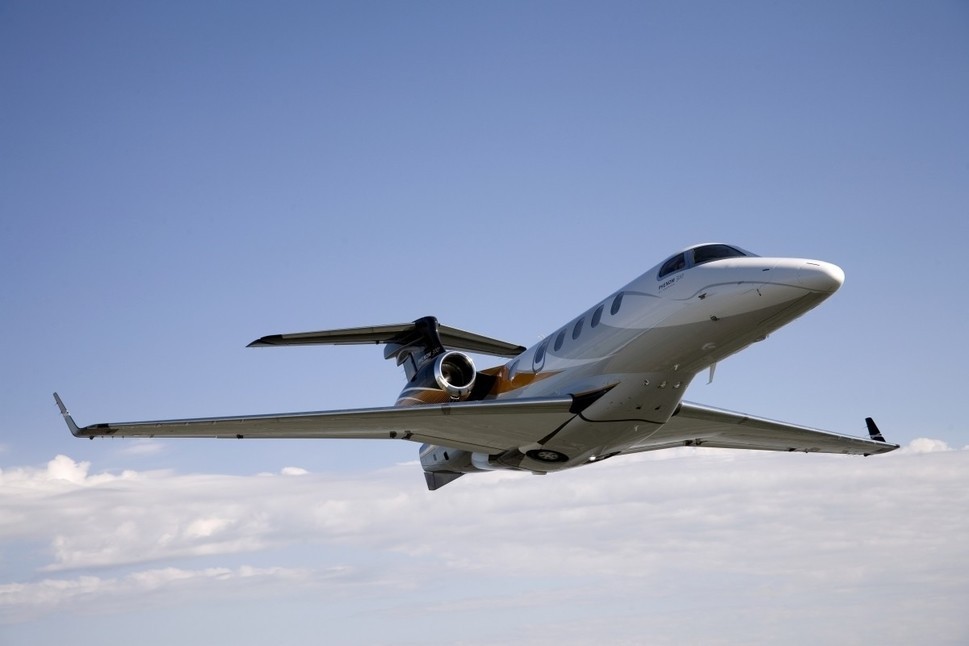 Points of Value Specific to Embraer Executive Jets ‘For Sale’

The Embraer Phenom 100 series is projected by the Aircraft Bluebook to accumulate 200 Hours annually. Currently, the Phenom 100 market shows the average TTAF (taken from 44 aircraft ‘For Sale’) is 1,141 hours with an average of 901 landing cycles, which is an average ratio of just over 1 flight-hour, 16 minutes per landing. The average Year of Manufacture of the ‘For Sale’ Phenom 100 is 2010 (seven years old).

The Phenom 300, meanwhile, is projected by Bluebook to accumulate 300 Hours annually. The current Phenom 300 market shows the average TTAF (taken from 20 aircraft ‘For Sale’) is 549 hours, with an average of 401 landing cycles, which is an average ratio of approximately 1 flight-hour, 22 minutes per landing. The average Year of Manufacture of the ‘For Sale’ aircraft is 2012 (five years old).


Phenom 100:The residual value of a 2010-model Embraer Phenom 100 is currently about 59% of its new value, based upon a List Price in 2010 of US$3.745m, and a retail value today of ~$2.2m. Transactions of used Embraer jet models tend to reflect their respective model fleet sizes, and in the past 10 years, 201 Phenom 100’s have transacted in a used condition.

Over the years, various upgrades have been introduced for the Phenom 100, including the Phenom 100E and Phenom 100EV. The difference between the Phenom 100E and EV models are a 35 lbst increase of the PW617F engine (identified by a PW617F-1 on the EV model); increased payload capability; reduced Time-to-Climb; and Prodigy Touch Garmin G3000 Touchscreen EFIS.

Legacy 600: The lowest residual value among used Embraer executive jets ‘For Sale’ is found with the Legacy 600. A 2007 model has a residual value that is only 30% of its original list price, with an average value of approximately $7.4m today, versus $24.7m ten years ago. In the past 15 years, the Legacy 600 market has seen 123 transactions.

Other Legacy Markets:All other Embraer models have much lower resale transaction numbers, mainly because they are relatively new aircraft, and owners who made the decision to buy a new Embraer aircraft tend to stay loyal for a longer period of time than buyers or other models.

Between early-March 2013 and late-January 2016, the value of the Brazilian Real against the US$ steadily dropped by more than 50%. Since then it has seen a resurgence but is still valued below 40% of its 2013 value.

If you are Brazilian, you have been living through an economic depression. If you are Embraer, however, which primarily sells its products in US$, the ability to remain competitive in today’s extremely tight, cut-throat new business aircraft marketplace, is easier when your home currency value is so low.

This competitive edge manifested itself in the 2017 list price offering of the Legacy 650E ($25.9m) versus the list price of the non ‘E’ model of 2016 ($29.9m). At $5m less, it is very competitively priced. This also brings the pricing rationale of this class of aircraft in-line with what a Legacy 600 would be, if it were still in production today.

In essence, the Legacy 650E varies from the 650 model in that it provides Auto-Throttles as standard and has re-styled seat upholstery.

Following is a list of Appraised Value Add-Ons for each Embraer model. These are my numbers, not the numbers from the value guides…