Does Your Jet Need a Re-Paint?

Is your business jet in need of a new coat of paint this coming winter? Dave Higdon offers advice on helping protect and prolong the lifespan of your jet’s finish 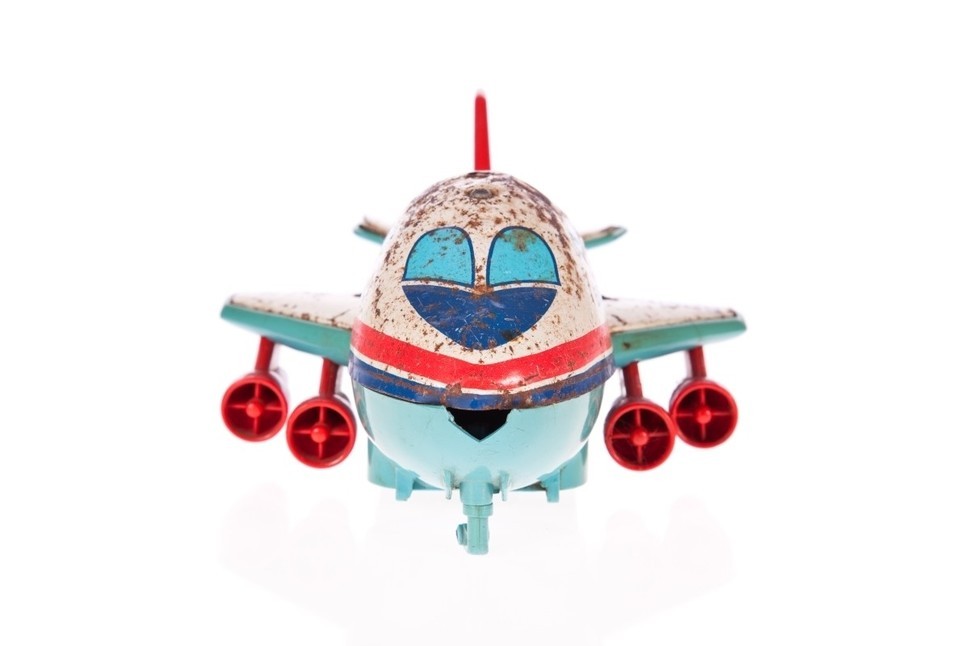 Tips for knowing when and how to paint your business airplane

Is your business jet in need of a new coat of paint this coming winter? Dave Higdon offers advice on helping protect and prolong the lifespan of your jet’s finish, as well as selecting the right shop…

There comes a time when even the best practices evolve into acts of diminishing returns. Years of wear and tear, exposure to sunlight and atmospheric pollutants slowly break down an aircraft’s paint. The finish may begin to appear thin with irregularities showing as some form of corrosion.

Identifying the signs that point toward a need to repaint isn't difficult, so long as you know how to spot them.

The purpose of painted finishes on airplanes boils down a simple case of self-defense against Mother Nature and man-made threats. Moisture, elements and chemical compounds in the atmosphere like to attack exposed metal surfaces – particularly metal surfaces not visible to the naked eye.

Following is a brief rundown of some corrosion types found in aircraft. Each has its own characteristics and appearance, and each can be protected against with well-maintained paint.

Uniform Surface Corrosion Attack: Among aluminum airframes, this type of corrosion stands as the most common type, caused by merely exposing the metal to oxygen in the air or to certain atmospheric conditions.  A uniform surface corrosion attack will produce a dull, ashy white residue on the aluminum surface.

Intergranular Corrosion: Known to be a rare form of corrosion, when it does occur it is generally worst on 7,000-series alloys (such as high-zinc alloys used in the manufacture of wing spars, stringers and other high-strength aircraft parts).

This is a particularly nasty type of corrosion that eats into the metal. Because of its location, it can be difficult to detect, and once you see it, it’s too late: that piece of metal is beyond saving.

Stress Corrosion: Found most commonly in highly stressed parts – think engine crankshafts, the main shaft of turbine engines, landing gear, etc. – stress corrosion may develop from a scratch or surface corrosion. Crankshaft failures are often due to undetected corrosion of this type.

Crevice or Deposit Corrosion: This type of corrosion happens in locations that allow the structure to trap moisture or other pollutants—places such as around rivet heads, between frames, bulkheads and skins, and lapped skin joints, appearing as pitted metal.

Filiform Corrosion: This is a common form of corrosion that appears as spider-web-like lines beneath paint, or as bubbles beneath a painted surface, usually where the aluminum skin received substandard preparation for polyurethane paints. As it gets worse the bubbling appearance eventually gives way to the flaking of paint and metal.

Meanwhile, the only cure for corrosion is to treat, repair or replace the effected part; then applying a good protective finish to seal the base metals against contact with the air, water and atmospheric pollutants.

There are, of course, other things that necessitate a new coat of paint, including normal wear and tear. The mere act of treating and painting the airframe corrects those problems.

Planning a repaint should itself involve a few steps that yield a like-new livery capable of standing several more years of the rigors of flying. Among the considerations, however, is timing and the downtime required for a decent paint job.

Poorly performed, a paint job will serve as a daily reminder of someone's failure or incompetence.

Performed to a factory-new level and then maintained with regular washing and polishing, the paint serves as a source of pride for owners, operators and passengers alike.

Painting aircraft varies significantly from painting a car. Each requires its own preparatory steps and attention to temperature and humidity.

Beyond the special preparation steps needed for aluminum structures, aircraft require expertise and the ability to disassemble and reassemble critical aircraft control surfaces and to work around special systems.

Flaps, slats, ailerons, elevators and rudders all require special attention – particularly control surfaces designed to maintain a neutral balance when reinstalled. Then there are air intakes for heat exchangers in the pressurization system, in engine cowls and APU compartments – all of which must be kept clear of paint and primer.

Selecting a paint shop knowledgeable about a particular aircraft or line of aircraft can expedite the process.

But the paint facility, regardless of its familiarity with a given aircraft type, needs to be knowledgeable and experienced in painting aircraft.

A paint shop experienced in painting non-pressurized aircraft, even non-pressurized turbine aircraft, may not be the wisest choice for painting a pressurized propjet or jet. The differences in systems alone justifies seeking out the best expertise for the aircraft. Knowing how to balance ailerons is not an everyday skill among run-of-the-mill painters.

What Will The Right Paint Shop Do?

A paint shop worth its salt will ensure windows and windshields get buffing, scratch removal or other polishing treatments before the painting process begins. Next, virtually every cover, hatch, door or inspection plate comes off the airframe, along with flaps, ailerons, slats and cuffs, elevators, the rudder and sundry trim tabs.

Pitot and static ports get masked-off, as do all the windows and window trim parts. Engine cowls also are removed, and the engine will be masked to facilitate painting the struts. Likewise, landing gear parts that shouldn't be painted are masked while wheels to be painted will be removed and the tires and tubes removed and checked.

Everything should be inspected for wear or damage, and the removed parts properly prepped for painting. Typically all exposed surfaces will undergo stripping and preparation for painting, including receiving a new coat of primer.

All of the paint work should be performed in a booth designed specifically for painting aircraft.

Any balance-critical parts – ailerons, for example – will need to be balanced anew after the paint cures. Checks should be made to ensure all masking is removed, and that the removed parts have been returned to their original locations (with fresh fasteners used).

The paint shop will also offer instructions on letting the paint cure and how long to wait before applying wax and polish, both necessary steps to help keep that new finish looking new for as long as possible.