Loss of an owner-flown Phenom 100 emphasizes the need for checklist use... 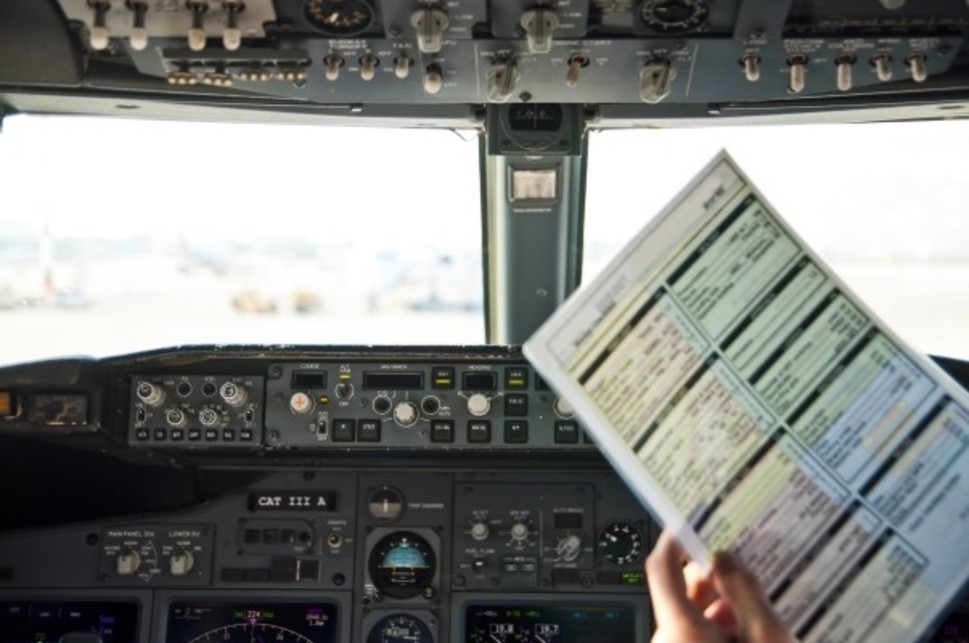 Culture is described as what a person does when nobody’s looking. Pilots pride themselves on their culture of safety. Yet too often one of the most important safety tools—the checklist—is either bypassed or used ineffectively.

The crash of an EMB-500 (Phenom 100) on approach to Montgomery Country Airport (KGAI) near Washington, DC in December 2014 is a tragic illustration of what can happen when a pilot - regardless of training or experience - fails to exercise uncompromised discipline in their checklist use.

Having completed several programs of in-flight training and earning his Phenom 100 type rating about eight months prior to the 55 minute flight from his home airport (KIGX) in Chapel Hill, North Carolina to KGAI, the owner pilot with nearly 5,000 hours total time (including over 135 hours in the Phenom 100) seemed well qualified to fly the intended mission.

He held an Airline Transport Pilot (ATP) certificate with Certificated Flight Instructor (CFI) privileges; had flown a Socata TBM 700 for about 1,500 hours; had approximately 60 hours in an Aero Vodochody L-39A; completed recurrent training in the Phenom in late September; and flew nearly 15 hours in the two months prior to his fatal crash.

While holding aviation credentials of a professional aviator, the 66-year old pilot was a physician and chief executive officer of a clinical research company he founded in 1989, and he used aircraft as a business tool.

Shortly after departure from Chapel Hill, a non-pilot passenger sitting next to the owner pilot commented that the aircraft had entered clouds, and a few seconds later the pilot activated the aircraft’s engine anti-icing system and the pneumatic boots providing ice protection to the wing and horizontal stabilizer. Two minutes later, however, he turned them off.

Well in advance of reaching the vicinity of his destination, the pilot listened to the Automated Weather Observing System (AWOS) for KGAI, which indicated that conditions were conducive to icing during the approach to Montgomery Country Airport. Yet there was no indication from either the aircraft’s data/voice recorder or from post-accident analysis that the pilot reactivated the aircraft’s anti-ice or de-ice protection systems in anticipation of the approach at KGAI.

A Sequence of Events

Operating on autopilot, the pilot requested a GPS approach to Runway 14 at Montgomery Country Airport, which is 4,202 feet long and 75 feet wide, and was cleared to descend from his cruising altitude of FL230.

The checklist also calls for entering the aircraft weight so that the flight display can show the proper reference speeds for the aircraft’s configuration. With anti- and de-ice systems activated, V reference is 121 knots and, according to the aircraft Pilot’s Operating Handbook, the approach should be flown at Vref plus 5 knots when icing conditions are present.

The pilot entered data that showed Vref was 92 knots IAS, which would have been appropriate if the aircraft’s ice protection systems were not activated. (While accident investigators believe the aircraft’s actual weight was about 5% higher than determined by the pilot, Vref for 8,700 pounds and ice protection off would have been 95 knots—not substantially different from the bug speed shown on the aircraft’s speed tape but considerably below the appropriate approach speed of 126 knots per the checklist for flight in icing conditions.)

Continuing to use the autopilot for the approach procedure, the pilot advised approach control he was still in Instrument Metrological Conditions but expected to break out shortly.

Conversation captured on the Phenom’s voice recorder revealed that snow was present as the aircraft obtained visual contact with the runway about 3 miles from the airport.

Although the Phenom 100’s POH cautions against using the autopilot on approach during flight in icing condition, the pilot kept the system engaged and was not hand-flying the aircraft as it slowed on approach. Airspeed continued to decrease modestly as the autopilot pitched up to maintain the GPS approach guidance.

As the airspeed slowed to 92 knots, the pilot added power but not sufficiently to stop the airspeed deceleration. One mile from the KGAI runway and at about 300 feet above ground level, and with the autopilot still engaged, the aircraft began to roll right to a bank angle of about 20 degrees before rolling left. Shortly thereafter the stall warning activated as the aircraft decelerated through 88 knots and the autopilot disengaged.

Power was advanced to take-off settings but too late to prevent the aircraft departing from controlled flight and hitting a house. The Phenom pilot, his passenger and three persons on the ground were lost.

According to NTSB studies, the approach might have been different if the aircraft’s ice protection system had been activated per the approved checklist. Airspeed and angle-of-attack parameters would have been sufficient to provide a stall warning about 20 seconds earlier in the approach, when the Phenom was about 1,000 feet AGL and 10 knots faster in its actual approach sequence.

Following the checklist for flight in icing conditions would have provided the pilot with substantial advance warning and more altitude and airspeed to deal with an aerodynamic stall.

Accidents are rarely (if ever) the result of one error, but pilot behavior is an overarching factor to be considered for this and many other situations. NTSB safety investigators concluded that the probable cause of the Phenom 100 accident at KGAI was the pilot’s decision to execute an approach in conditions conducive to structural icing without turning on the aircraft’s anti- and de-icing system and without using the appropriate landing reference speeds.

Standard operating procedures and the Phenom 100 Pilot Operating Handbook clearly state that ice protection systems should be engaged when icing is possible. Had the pilot followed the approved checklist, perhaps the outcome would have been different.

The possibility that the accident pilot may have been using a checklist that only addressed non-icing conditions does not negate the fact that an appropriate checklist was not employed.

A key element in pre-flight planning is access to the checklist required for the mission. Use of checklists must be cultural. Specifically, checklist discipline must be absolute—what a pilot does regardless of who is looking, regardless of hours flown and regardless of being blessed with a good memory.

More on checklists next month.