What contributes to LOC-I and how can the threat best be managed? 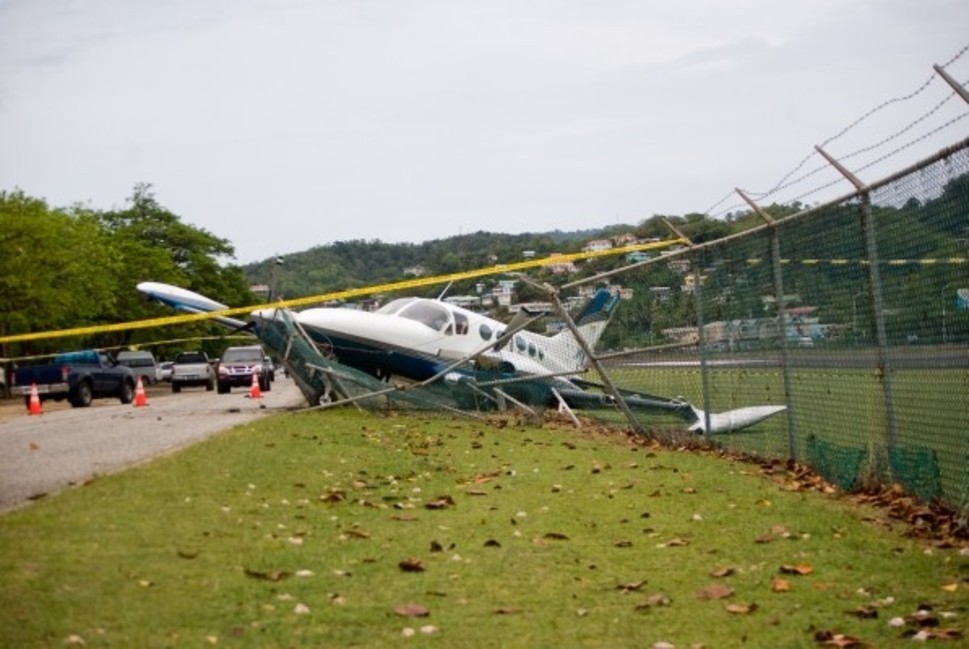 Dave Higdon examines the Loss of Control Aviation accidents that befalls General Aviation in greater numbers than all other categories of fatal mishaps, according to the National Transportation Safety Board.

According to the NTSB, the FAA and sundry other authorities, Loss of Control is the biggest cause of General Aviation accidents, including business aircraft flown by salaried crews.

Data displayed by the NTSB at a recent forum on this subject reveals LOC accidents in-flight (LOC-I) represent 17.4 % (1,518) of the 8,730 fixed-wing accident of GA aircraft recorded between 2008 and 2014. From the same period, 721 of those LOC-I accidents resulted in 1,237 individuals losing their life. Among the 10 categories of accidents listed by NTSB, no other type comes remotely close to LOC-I.

It’s Not about Flight Conditions

With neither light nor weather a salient element, the causative factors boil down to the operator. The frequency, severity and resistance to reduction efforts prompted the NTSB's forum on LOC-I accidents and remains a focus of efforts to reduce the numbers.

Pilot qualifications split along three lines. says AOPA. Holders of Air Transport Pilot (ATP) and Commercial certificates flying GA aircraft together accounted for 42.6% of all LOC-I accidents in 2014, with Private Pilots accounting for 45.6%. Within each group, LOC-I accidents were often fatal.

LOC-I accidents during ’Approach’, while greater in number, came second for fatalities (171) behind Maneuvering Flight. ‘Initial Climb’, ‘En Route’ and ‘Takeoff’ phases round out the top five, with Initial Climb approaching 300 LOC-I accidents, 130 of them fatal.

Landing accidents ranked towards the bottom. Runway ‘Excursions’ and ‘Over-Runs’, once a significant accident segment, recorded fewer than 200 LOC-I accidents, with only 13 producing fatalities. So it seems private flying operators have made progress in some areas, but not overall.

What's a Pilot to Do?

The NTSB recommends that pilots avoid conditions that can lead to an aerodynamic stall, especially situations approaching wing critical angle of attack (AOA) and/or decreasing airspeed. This is particularly true at low altitudes, where pointing the nose of the airplane down – an effective recovery technique at higher altitudes and necessary for all stall recoveries – can be a limited option.

Pilots should seek training to ensure that they fully understand stall phenomena, including AOA concepts, and how elements such as weight, center of gravity, turbulence, maneuvering loads, and other factors affect an airplane’s stall characteristics.

In addition, pilots should:

Airplane owners should consider installing an AOA indicator, which can enhance situational awareness during critical or high-workload phases of flight. Coupled with pilot understanding and training on how to best use it, an AOA indicator can add measurably to flight safety.

All stakeholders should recognize their roles in the reduction of loss of control accidents. However, individual pilots remain the critical pieces to that reduction, with both the ultimate responsibility and the ultimate opportunity to reduce these needless accidents through ongoing education, flight currency, self-assessment and vigilant situational awareness in the cockpit.

Human factors remain the leading element on most aviation mishaps, and none more so than in LOC-I accidents. Avoiding unanticipated stalls tops the advice offered by safety experts as a key to preventing LOC-I accidents, in particular. But with the encroachment of technology into aircraft cockpits, other factors have come into play.

For example, board investigations found that flight crew attempts to multitask during critical phases of flight contributes to the accident stats. The number one rule for pilots is: First, fly the airplane. It's the rule when an emergency arises and certainly applicable when in normal, stable flight. But some pilots persist in attempting to perform other tasks when they should simply fly the airplane.

Doing anything else leads to distractions – and is another causative factor in LOC-I accidents.

Even partly focusing on something else means you're not fully-focused on flying the airplane. Conditions quickly become challenging.

When things start to go “south” at or below pattern altitude – or inside the initial approach fix – pilot reaction time comes into play as the final, most-critical factor before a LOC-I accident. According to various researchers a pilot's reaction time to an upset or inadvertent stall can run as long as four seconds – longer when you factor in what the Safety Board calls the “startle effect.”

Accounting for the startle effect, four seconds to react and then a few seconds for the aircraft to respond, little time remains for the pilot to regain control because the aircraft was already at or below pattern altitude when the distraction occurred.

Another factor to remember from our earliest training is the impact of turning G-forces on stall speed. Stalls flown when flying straight seldom precipitate an LOC-I event. It's in turns where the impact of a stall becomes more complicated. With stalls such a significant factor in LOC-I accidents, the NTSB issued a Safety Alert titled “Prevent Aerodynamic Stalls at Low Altitude”, suggesting to:

The FAA took a step forward two years back by easing regulatory hurdles for adding an angle-of-attack indicator when the device meets standards set by ASTM International.

Capable of sensing critical AOA in straight flight and turns, these graphic indicators account for the higher stall speed that applies in turns and at high G loads – both conditions in which the airspeed indicator alone fails to tell you how much higher the stall speed has become because of G loads. While common in most business jets and newer business turbine aircraft, many older aircraft commonly used for business travel lack an AOA. The new FAA approach opens the door to multiple options for upgrading an aircraft with an AOA system.

Remember, a stall can occur at any airspeed, at any altitude and with any power setting. It's wholly up to the pilot to assure stall avoidance and to maintain positive control. An aircraft under positive control should never be involved in a loss-of-control accident.

NBAA produced a brief video last year focused on this very topic. Titled “Alone in the Cockpit – A Video about Loss of Control Inflight”, this 10-minute training tool addresses the best ways to understand and avoid the traps that can lead to an LOC-I accident. If flying is important to you and your business, it's a worthwhile 10 minutes. See the video below...