How Safe is Your Biz Av Charter? 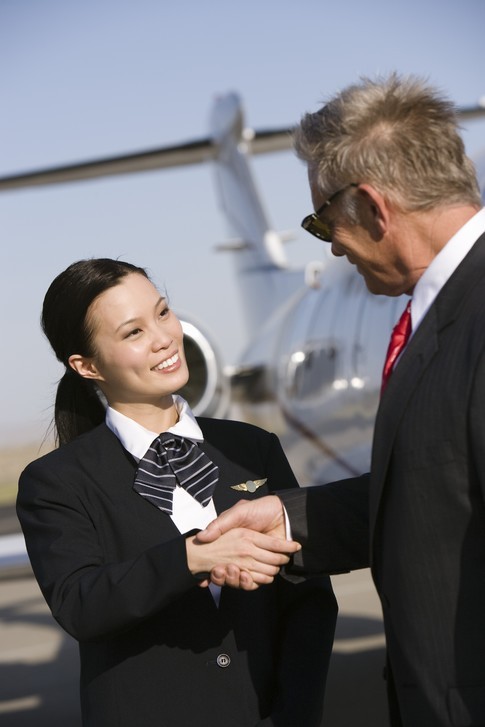 To reflect on the importance of safety culture in aircraft charter, Mario Pierobon recalls the circumstances surrounding a tragic accident involving a hired helicopter and poor visibility. What can you do to check on an operator's safety standards?

On 16 January 2013 an Agusta A109E helicopter departed Redhill Aerodrome (South of London) for Elstree (Northwest of London) to collect a charter client who booked a flight to the north of England. Over Central London, before arriving at Elstree, the Agusta collided with a construction crane and crashed into a street near Vauxhall Bridge in conditions of reduced meteorological visibility. The pilot, who was the aircraft’s sole occupant, and a pedestrian near the crane were fatally injured when the helicopter impacted a building and adjacent roadway.

According to the accident report by the UK Air Accident Investigation Branch (AAIB report 3/2014), the pilot knew before the flight that there was fog at Elstree. In a telephone conversation with a colleague he said he was going to cancel the flight because of the weather despite feeling under pressure to accept the charter.

Later the pilot told another person that he intended to fly over Elstree to check the weather, after which he sent a text to the client saying that he would be “coming anyway - will land in a field if I have to”. The client responded that the pilot should not take-off until he (the client) had reached Elstree and observed the weather, a piece of advice that went unheeded.

After departing Redhill, the pilot elected to divert to London Heliport, possibly to position his aircraft closer to the client’s pick-up point while waiting for more favorable weather conditions.

Commercial pressure likely had an influence with regard to the pilot’s decision to divert to the London Heliport.

“The flying time from Redhill Aerodrome to London Heliport is short, so the operational advantage of waiting at the heliport rather than the aerodrome is not obvious. The pilot might have thought that the client intended to drive to the heliport and that to position the helicopter there in advance of the client’s arrival would be advantageous from a commercial perspective. This seemed likely given that the pilot appeared to decide to divert to the heliport immediately after he learned from the client that it was open”, reads the accident report.

The fact that the pilot continued with his intention to land at the London Heliport despite being unable to remain clear of cloud was indeed identified as a contributory factor during the investigation.

The Vauxhall Bridge helicopter crash provides a case study for questions that a broker, or a flight department looking for supplemental lift, should ask a charter operator to ensure a successful outcome. How can a client be confident that the provider of private air transportation actively seeks to enhance and maintain safety standards and does not just provide lip service to safety? In particular, what safety practices best indicate how the operator deals with commercial pressures. In other words, what is the charter provider’s safety culture?

Safety culture is a very soft component of an organization. It is an intellectual artefact; it is not something that exists per se. It is therefore not immediately obvious how one assesses a safety culture.

In the science of safety there is a noticeable wealth of literature on safety culture and on ways of assessing it. The methods available from the literature normally require surveys or questionnaires. These may not be practical solutions when dealing with smaller organizations, and those performing the assessments may not have the technical expertise to use more sophisticated tools.

A more down-to-earth mechanism for assessing safety culture is to conduct a traditional, yet perhaps less formal, organizational audit.

The audit needs to be purposely developed and include the verification of specific practices that reveal the existence of a healthy safety culture.

Consider whether the operator is indeed ‘proactive’ or conducts only the bare, regulatory, minimum. Is there evidence in the training records that employees undergo more training courses than required and that recurrent training frequency is higher than the regulatory minimum? Does the operator implement non-mandatory as well as mandatory service bulletins? Are operations manuals thoroughly customized? Is operational documentation developed to facilitate its consultation by end-users or just to show compliance?

Another factor to look at is the composition of the operator’s safety database. Does the operator have a number of reports that support implementation of the company’s safety management system (SMS)? Do reports highlight mostly external threats or do they address internal weaknesses as well? Do employees openly report their own errors?

Another important feature is human resource management. This dimension may be assessed by talking directly to Operations Managers to get a feeling for how employees are treated and empowered. Does the Operations Manager show a listening attitude when speaking with associates? Does the manager claim to be the “smartest person in the room” or are the contributions of others recognized? And with specific reference to the case study presented herein, how does the organization deal with commercial pressures?

A thorough audit of organizational safety reveals much about the service a client will receive, particularly regarding safety. Time may be required, and a comprehensive approach to safety never involves cutting corners or selecting a provider solely on the basis of price. If you want professionalism you normally have to pay for it. A long-term sustainable relationship is always better than a short-sighted gain!