Learning Pilot Safety Lessons from Others

Digging into the tragic aborted landing of a Hawker 800A, what meaningful insights can be drawn to enhance Business Aviation’s outstanding safety record? Jack Olcott investigates... 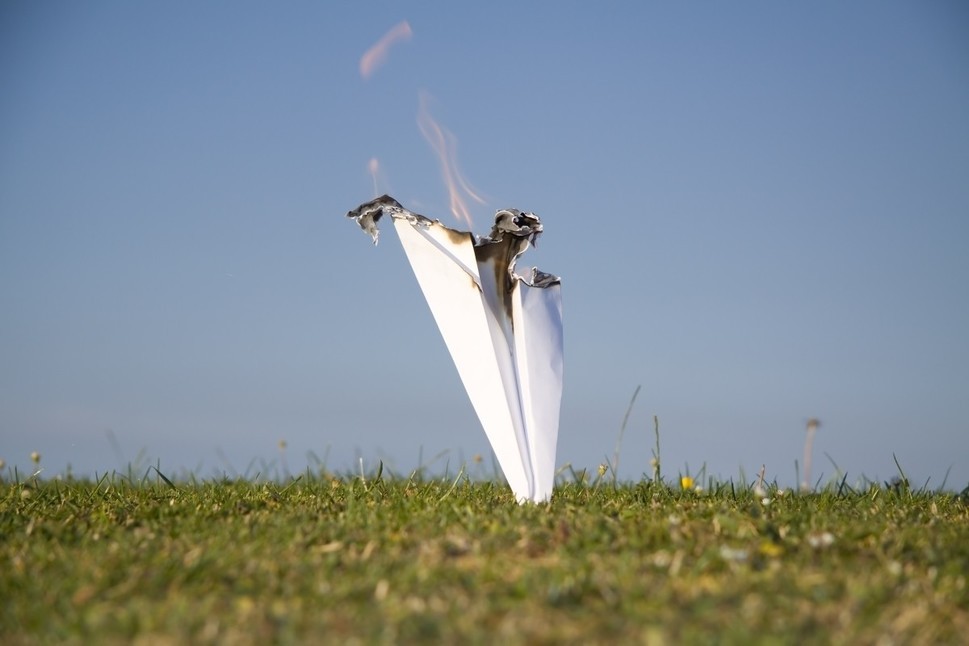 Digging deeply into the tragic aborted landing of a Hawker 800A, professionals at the NTSB provided meaningful insight that enhanced Business Aviation’s outstanding safety record. Jack Olcott reviews the circumstances and the findings to draw out important pilot safety lessons.

Twin-engine, turbine-powered General Aviation aircraft flown by two-person salaried crews—the segment of transportation typically identified with Business Aviation—has an impressive safety record that is on a par with (and occasionally exceeds) the excellent safety statistics of the largest Scheduled Airlines.

In fact, when all forms of transportation are considered, Business Aviation and the Scheduled Airlines are clearly the safest forms of travel, in large part because great care is taken to understand what factors contributed to an unsuccessful flight.

In the US, the government’s National Transportation Safety Board (NTSB) is mandated by federal law to conduct objective, precise investigations of all aviation mishaps that involve loss of life or serious injury, and to report and promote its findings in safety recommendations.

The Board identifies a Probable Cause strictly to inform so that others—aviators and well as manufacturers—can learn from the accident. NTSB findings are not to be used to assign blame or liability. (It is the FAA’s responsibility to accept and codify into FARs those recommendations the FAA believes are appropriate.)

Flown by a qualified crew, the fully equipped and airworthy Hawker 125-800A crashed when its captain attempted to abort his landing at Owatonna Degner Regional Airport (KOWA) in Minnesota at the completion of a 2.5 hour charter flight from Atlantic City International Airport (KACY) with six passengers.

The Hawker was cleared to descend to FL240 as it neared KOWA, an uncontrolled facility with an un-grooved concrete runway 5,500 feet long as well as 100 feet wide, 1,000 feet long grass-covered safety areas at each runway end.

Weather surrounding the airport was unsettled, with stratified rain and imbedded thunderstorms. Approximately an hour before the Hawker’s approach, KOWA had experienced heavy rains and strong winds but conditions as the aircraft was being vectored for the approach were deceptively benign, with the airport’s Automated Weather Observation System (AWOS) reporting winds from 180-degree at 3 knots, visibility 10 miles, and thunderstorms and light rain nearby. In the 30 minutes prior to the Hawker’s approach, 0.05 inches of rain had fallen.

Approximately 10 minutes prior to landing, the co-pilot (serving as pilot monitoring) attempted to contact the FBO at KOWA and the captain began handling radio communications.

Unable to raise the FBO, the co-pilot refocused his duties on contacting approach control and acknowledging a clearance to be vectored to the airport.

At this point, the captain called for a quick review of the approach checklist, to which the co-pilot responded seven seconds later “approach briefing” and the captain replied “it’s gonna be an ILS to three zero”.

On vectors to the Runway 30 ILS and continuing to execute the approach checklist, the crew discussed the surrounding weather displayed on the aircraft’s radar but there was no specific mention of the conditions that existed at KOWA at the time of anticipated landing. Rochester Approach Control, serving the area surrounding KOWA, reported that light precipitation existed along the remaining route to the final approach fix for Runway 30 ILS and that heavy storm cells were located about five miles north and northeast of the airport.

With the approach check list completed by the captain and acknowledged by his crewmate, the co-pilot again attempted unsuccessfully twice to establish contact with the FBO at KOWA. Two minutes later, and only about three minutes prior to touchdown, the co-pilot reached the FBO and inquired about passenger discharge and refueling procedures. Concurrently, the captain discussed local air traffic with Rochester Approach Control. The landing check list was completed as the co-pilot finished talking with the FBO and began reviewing fueling procedures with the captain.

Two minutes before touchdown the captain called “flaps two” and prompted the co-pilot to “go through the before landings, make sure you got it all…down indicating down”. The co-pilot responded that they had the “…before landing shorts to go”. At that time the aircraft was 1,000 feet above ground level and slowing to Vref in visual metrological conditions (10 miles visibility, 3,800 scattered and light rain).

Just prior to touchdown, at 0944:47, the aircraft’s Cockpit Voice Recorder captured an electronic voice stating “two minimums minimums”, immediately followed by the co-pilot stating “air valves are shut, damper to go,” and then “damper”.

At 0945:08, the CVR recorded the sound of tires rolling on the concrete runway, followed 2.5 seconds later by the sound of the Hawker’s airbrakes moving to the open position. (Per FARs for charter flights, the aircraft was equipped with a CVR, but a Flight Data Recorder was neither installed nor required.)

Immediately at touchdown, the co-pilot stated that the lift-dump feature of the Hawker was deployed, followed quickly by the statement “we’re not dumped”. About 1.5 seconds later the captain acknowledged the situation and moved the airbrake handle to the DUMP position, thereby extending the aircraft’s flaps to the ground setting that provided maximum aerodynamic braking.

Ten seconds after selecting the Lift Dump flap position and apparently sensing the aircraft was not decelerating sufficiently to stop in the remaining runway length, the captain moved the airbrakes to the SHUT position, called “flaps” and added full power to abort the landing.

According to the NTSB’s analysis, the Hawker ran off the runway end at 0945:29, rolled onto the grass-covered runway safety area and was airborne just as the clear area ended. Tragically, the Hawker collided almost immediately with the Runway 30 localizer antenna and came to rest in a cornfield about 2,150 feet from the runway end. All occupants were lost due to impact forces from ground contact that the NTSB deemed were unsurvivable.

Safety Board investigators focused on the captain’s minimal use of Crew Resource Management (CRM) during the flight from KACK to KOWA. Their findings concluded that during the flight there was an atmosphere that did not comply with well-designed Standard Operating Procedures (SOP) intended to minimize operational errors, including adherence to a sterile cockpit as the aircraft descended below 10,000ft. and prepared for the landing.

The lack of SOPs led to inadequate briefing for the approach, insufficient monitoring of current wind conditions, failure to use wind data available from cockpit instrumentation (the Hawker’s dual FMS displayed current wind direction and speed for each pilot), inappropriate conversations between pilots, non-standard terminology, and lack of checklist discipline throughout the descent and approach.

The Board cited the co-pilot’s attempts to contact the FBO at KOWA when more attention should have been devoted to the approach checklist and preparations for landing.

Furthermore, the Safety Board felt the crewmembers exhibited poor aeronautical decision-making and managed their resources poorly, which prevented them from recognizing the risks inherent with a wet runway of minimal length, particularly since Runway 30 had a downward slope of 0.7% and the winds were shifting and might be favoring Runway 12 upon arrival (which indeed they were).

While the Hawker was dispatched appropriately for the flight considering factors required by FARs related to runway length for charter flights, clearly the conditions the crew faced upon reaching the KOWA area where challenging and left little margin for error. More time and attention to the actual conditions that would be experienced upon reaching KOWA might have prompted the captain to select Runway 12, which had a slight uphill slope and at the time of approach had a small headwind component of about five knots. Conditions at KOWA would have allowed either a GPS approach or a circling approach to Runway 12.

Investigators reasoned that the Hawker touched down within the target touchdown zone and at the recommended touchdown speed, and that the captain likely applied sufficient braking during the initial part of the landing roll.

But he failed to immediately deploy the lift-dump system after touchdown in accordance with SOPs. There was no evidence of dynamic hydroplaning.

According to Safety Board analysis, had the captain continued the landing and accepted the possibility of overrunning KOWA’s concrete runway instead of attempting to execute a go-around, the Hawker would have come to a halt within the 1,000 foot grass safety area beyond the end of Runway 30.

Consequently, the NTSB issued a recommendation that newly certificated and in-service turbine-powered aircraft incorporate in their Aircraft Flight Manuals a committed-to-stop point beyond which a go-around should not be attempted.

Flight is challenging, in part because risk is always present even when conditions seem benign. Complacency continually lurks nearby, tempting the experienced aviator to skip through Standard Operating Procedures or cut planning short. Checklist discipline is easily overlooked, and what may appear to be just another routine landing might contain the elements of mishap.

Although it is painful to assign probable cause to aviators who train thoroughly and try their best to fly all missions safely, the NTSB and its counterpart agencies in other countries provide a great service to the aviation community. No aviator ventures skyward intending to have an accident or mishap. They do their best, and nearly always achieve success. But when something does go wrong, the community is able to learn from their misfortune.

Aviation’s approach to accident investigation is one its greatest virtues. Probable cause is identified solely to help others avoid repeating the tragedy. With few exceptions, US law prohibits findings of the NTSB from being used in civil lawsuits. Specifically, “No part of any report or reports of the National Transportation Safety Board relating to any accident or the investigation thereof, shall be admitted as evidence or used in any suit or action for damages growing out of any matter mentioned in such report or reports.”

Perhaps if the medical profession, which often is besieged by litigation, had such an approach to errors there would not be over 100,000 deaths per year attributed to medical mistakes in US hospitals.