In a hurry? Here are the highlights of December 2018's Legacy 450 vs Legacy 500 Jet Comparison article.

The Legacy 500 was certified on August 12, 2014, becoming the first mid-size business jet with digital flight controls with full fly-by-wire. A year later, the Legacy 450 was certified and is positioned as a ‘light-medium jet’, filling the gap between Embraer’s smaller Phenom jets, and the larger Legacy 500 and 650 jets.

Embraer increased the range of its Legacy 450 shortly after the first delivery, with a retrofit kit now available for the early build aircraft.

As a result of the new model introduction, Embraer has presented an opportunity to current Legacy 450s owners to upgrade to the Praetor 500 configuration for $500k

The total number of Legacy 450 aircraft built as of this writing was 50. Forty-one are in operation globally, 24 are wholly-owned, one is in shared ownership and 16 are in fractional ownership. Nine are at the factory awaiting delivery.

The Legacy 450 and Legacy 500 are both popular jets today, though we will watch with interest how the Praetor 500 and Praetor 600 impact their value on the used market after 2019. It will be especially interesting to note how many Legacy 450 owners decide to upgrade their aircraft to the Praetor 500 configuration.

Operators in the market should find the preceding comparison useful. 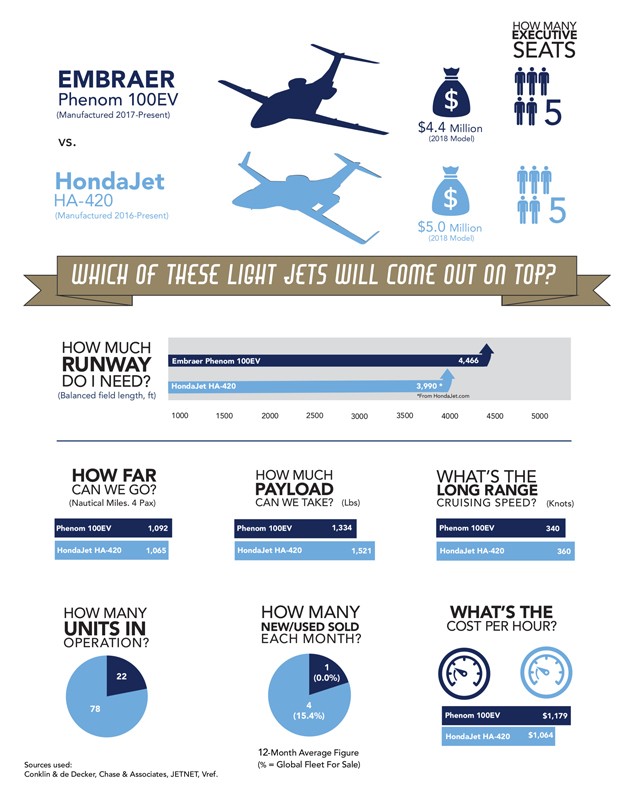 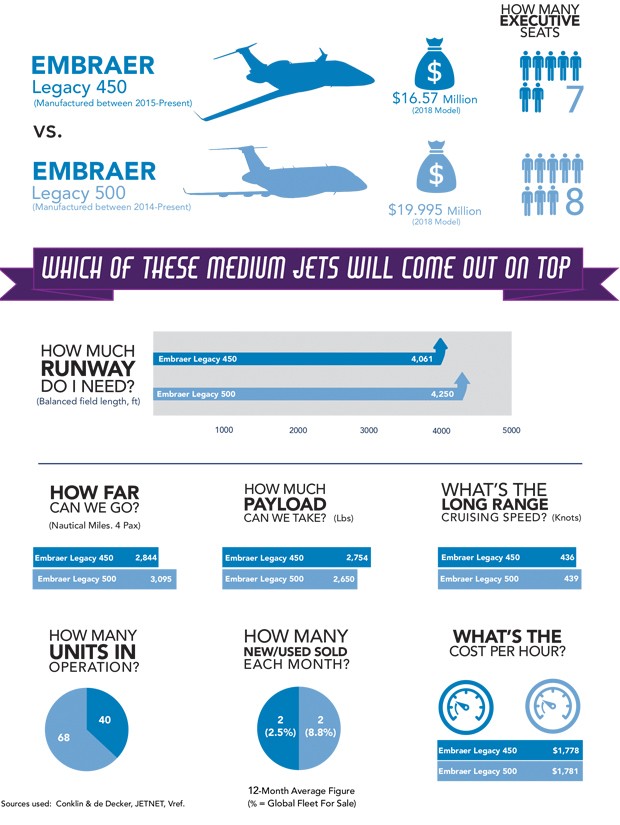 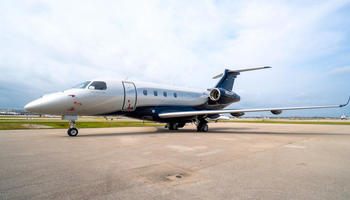