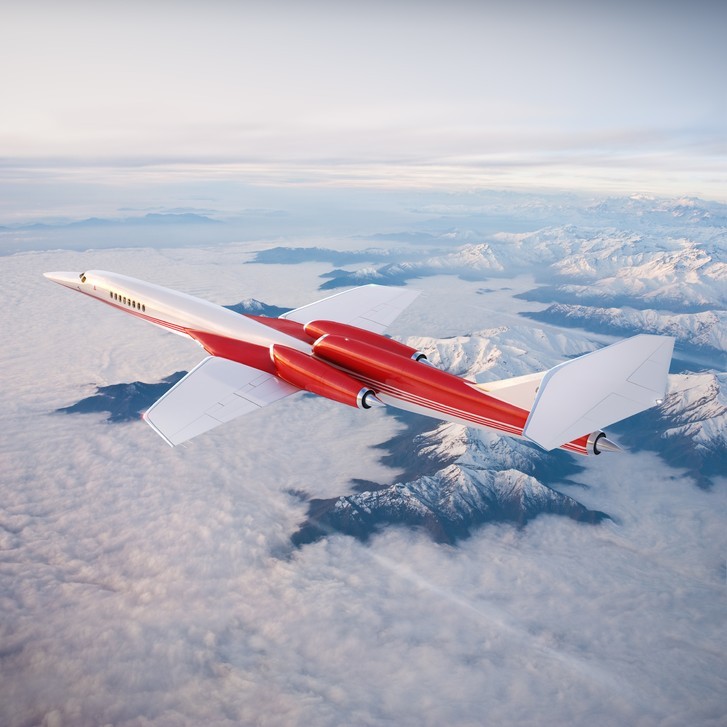 Did you hear the latest supersonic jet news? It may have been buried beneath the flood of aviation stories coming out of HeliExpo, but the supersonic jet race just got more interesting, notes Dave Higdon…

In case you missed it, NASA has revealed the resurrection of its X-planes R&D program. And the first design NASA wants is a preliminary for what it calls Quiet Supersonic Technology (QueSST) that leads to a piloted test bed to confirm the technology.

NASA Administrator Charles Bolden heralded the program as the first in a series of X-plane projects NASA plans under its New Aviation Horizons initiative, introduced in the agency's FY2017 budget. Lockheed Martin Aeronautics Company has been tapped to lead the team working under the Basic & Applied Aerospace Research & Technology (BAART) contract at the agency's Langley Research Center.

If NASA and its contractors succeed, they hope to begin flight tests of resulting aircraft sometime in 2020 to validate that the aircraft creates a soft rolling “heartbeat” sound signature when flown supersonic. Commercial airline use is the ultimate goal.

Now if you detect a familiar ring to all of this, then maybe you have heard it before - from Aerion Corporation and its AS2 Supersonic Business Jet (SSBJ) program.

Now as experienced, clever and sincere as NASA, Lockheed Martin and their partners are, my money's on Aerion to be first out of the hangar, into the sky and moving people in business operations – years before an airline passenger enjoys the time-efficiency of an SST airliner.

Since its founding in 2002, Aerion's research and development investment has exceeded $100 million, much of that work in conjunction with NASA and other prominent aerospace research organizations. The goal? Develop concepts for a family of efficient supersonic jets.

All of that design, testing and refinement went into Aerion's Mach 1.5 AS2 business jet.

Aerion expects an AS2 to make Atlantic or Pacific flights approximately 40% faster than today’s subsonic jets.

And with Airbus a partner, the program has moved beyond the first AS model concept and on to the AS2. It's so enticing that already one major customer has placed a firm order and already quantified what AS2 performance means to company and clientèle. Aerion expects first flight in 2021.

As mentioned, recently Aerion successfully attracted an order for 20 AS2 supersonic business jets from the growing fractional operator FlexJet, chaired by Ken Ricci who called the AS2 a “potential game-changer for business travel”.

Aerion says for busy international travelers, the AS2's speed advantage quickly adds up to more productivity day after day, week after week. FlexJet and Aerion calculate the time value of an aircraft, although those are numbers that will have to work in the clear blue sky to pay their way.

Taking their example, over the course of a year a typical long-range business jet flying 500 hours covers about 250,000 miles. Flying that same mileage in an AS2 takes 40% fewer hours – a total of 300. For passengers, the difference in 8-hour workdays saved equates to 25 (200 hours)… That's five working weeks.

So expect Aerion to be first, but I'm also cheering for NASA's success because it promises similar benefits for airline passengers – of course, absent the standard Business Aviation advantage of flying to any airport with runway enough for an Aerion AS2 tri-jet.

Besides, everyone wants a time-machine, right?