From Oshkosh emerged a new dawn in the jet-age 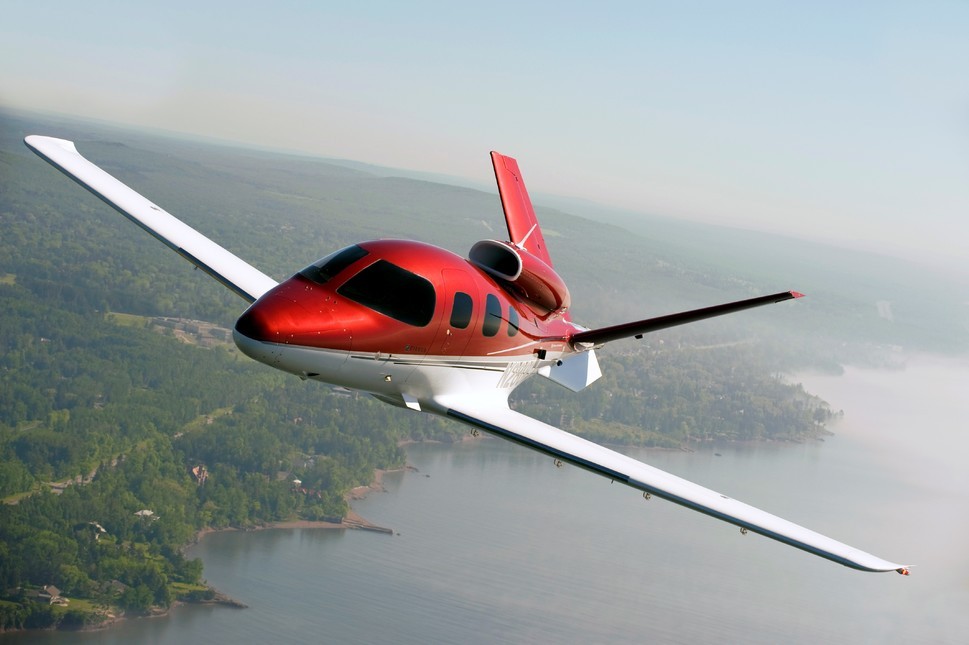 Today’s experimental builders are the dominant producers of new piston aircraft, according to FAA records. Most build their airplanes using ‘complete kits’, blessed by FAA as meeting the ‘51 Percent Rule’ that requires builders do at least 51 percent of the work needed to complete an airplane.

EAA's Oshkosh event also embraces antique and vintage aircraft, contemporary aircraft and historic military machines dating back to the WWI. But the audience is ultimately immersed in personal aviation - and Business Aviation has long been part of the Oshkosh diversity. Cessna, Beech, Embraer, Learjet, Pilatus and Piper have all exhibited business-turbine aircraft here.

Since the business jet age dawned, twin engines have more or less reigned supreme. For at least three decades, though, dreamers, schemers and entrepreneurs have envisioned a single-engine jet.

One prospect – Gulfstream’s prototype Commander Fanjet 1500 first flew in January 1983. Renamed the ‘Peregrine’, Gulfstream announced production plans after receiving deposits for 27 units in 1984. Ultimately the Peregrine failed under the weight of FARs of the day, among them a single-engine aircraft stall-speed limit of 61 knots that has since been rescinded.

Other single-engine jet projects have emerged. Some even flew before failing. Few have got close to certification.

Among those few, however, is the Cirrus' Vision SF50.

It’s flown numerous times here at EAA's AirVenture, and after some ownership changes and financial reorganization appears poised break down the wall with certification by year's end.

And if Cirrus succeeds, the SF50 will not only become the first single-engine business jet certificated but be the first with a singular safety system: an airframe parachute recovery system that has long been standard on all Cirrus models. Pioneering is old territory for Cirrus. From the launch of the SR20 in 1994, founding brothers Alan and Dale Klapmeier planned on an airframe parachute for their piston-singles.

Back then, the naysayers were legion. “It can't be done”, some said of the composite airframe; “owners would rip out their parachutes to gain more useful load”, others predicted. And that's beyond the incredulity that the Klapmeier brothers – then known only for their limited success with the VK30 high-performance piston-single kit airplane - dared dabble in the world of Beech, Cessna, Mooney and Piper.

Of course, history shows that the brothers prevailed on both points with a pair of extremely successful all-composite piston singles, factory equipped with the Cirrus Airframe Parachute System (CAPS).

Meanwhile, Cirrus faced almost identical naysaying over its jet single. “There’s no way they'll certificate a single; people want two engines...”, or “there’s no way they'll win approval for the parachute.” The only old debate point missing is over composites, thanks to designs by Airbus, Beech, Boeing and Dassault.

Knowing the considerations of the parachute system – and designing the jet around that system – makes the prospect of a single-engine jet appear more an eventuality (parachute and all) by year's end, Cirrus says.

Until next Friday, safe flying!