Chartering your Company Aircraft (1 of 3)

What are the tax implications? (Part 1 of a series of 3) 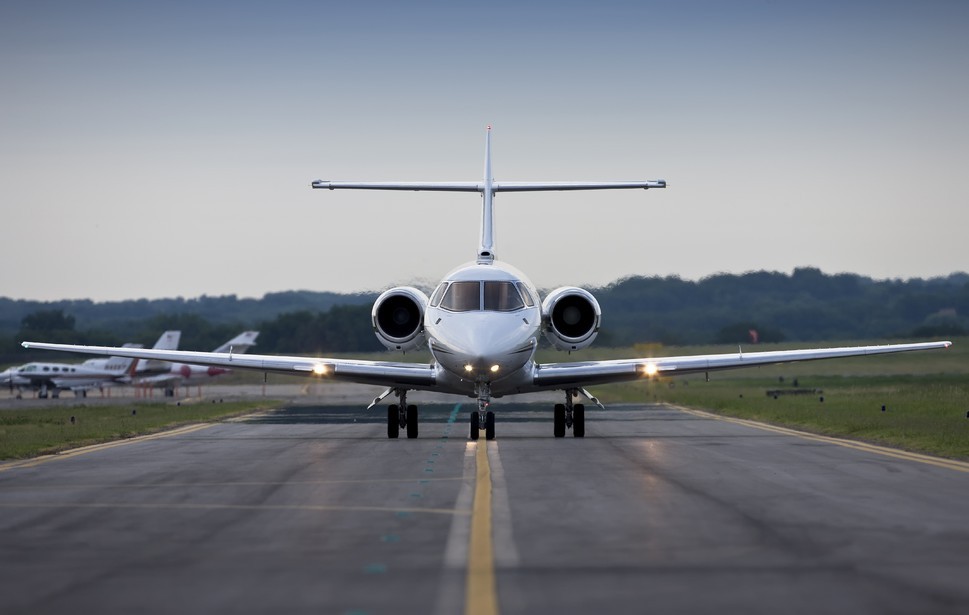 What should owners know about placing their business aircraft on a management company’s charter certificate? Keith Swirsky opens a three-part discussion series…

In an arrangement that can offer mutual benefits, many company aircraft are managed by charter operators that are certified by the Federal Aviation Administration to offer flights for hire. The aircraft owner receives income from the management company, which in turn has access to an additional aircraft for its charter service. What appears to be a relatively straight forward business arrangement is in fact a sophisticated contract with considerable tax implications.

- State sales and use tax, and
- Federal income tax.

The decision to add an aircraft to a management company’s charter certificate implicates certain limited federal excise considerations that we will also address in this series of articles.

When purchasing an aircraft it is a common misconception that one must focus solely on either the state of formation of the entity acquiring the aircraft, or the physical location of the aircraft on the date of delivery, to determine potential sales and use tax liability associated with the aircraft.

When an aircraft is externally managed and placed on a management company’s charter certificate, the mechanism for transferring possession of the aircraft to the management company for its use in third party charter activities is known as a lease.

The title of the document should be irrelevant, as it is necessary to transfer possessory rights in the aircraft to the management company in order to allow the aircraft to be chartered to the public.

However, problems arise when the document provided by the management company is not referred to as a ‘Lease Agreement’ because many states may not treat the transaction as a lease of the aircraft from the owner to the management company if the document does not clearly appear to be a lease agreement. It is generally true that titling the document as a lease agreement and providing traditional lease terms (such as, most importantly, an hourly rent) will have the most desirable result from a state use tax perspective.

In connection with entering into a lease agreement, the entity owning the aircraft should obtain a state sales and use tax permit (i.e., a sales tax vendor registration). This permit allows the aircraft owning entity to acquire the aircraft and assert that its acquisition is solely for the purpose of ‘resale’.

Of significant importance in this regard, if the aircraft owning entity enters into a ‘management services agreement’ with the external management company, that document would imply that the entity owning the aircraft is ‘using’ the aircraft for its own purposes, thereby undermining the use tax exemption on the purchase price of the aircraft.

More specifically, when the lease agreement provides that the management company will credit the owner with all of the charter revenue, less a sales commission, and debit the owner with all the various operating expenses associated with the charter flight, states such as Florida and Texas may reach a conclusion that the transaction is not a lease transaction and is in essence a ‘joint venture’ with a common profit objective. Such an interpretation would lead a state to conclude that the aircraft owning entity ‘used’ its own aircraft in connection with the joint venture activities, thereby causing the full value of the aircraft to be subject to state use tax (the full value, in these circumstances, would either be the original purchase price or the fair market value, depending on the law of the state and the specific facts and circumstances).

In circumstances where a ‘lease agreement’ is prepared, with a specific hourly or monthly net rental payment, the state is more likely to reach the conclusion that the parties entered into an actual lease of the aircraft to the charter company instead of a joint venture.

It is paramount that the relevant contracting parties enter into the management company documentation.

The sales and use tax consequences are directly driven by the identity of such parties and by the terms and provisions as well as the titles, of such documents.

It is also clear that there is significant opportunity for sales and use tax minimization with properly planned and documented agreements with an external management company. Additionally, there is a huge potential for creating unnecessary sales and use tax liability with improperly prepared documentation.