At some point during every pilot or enthusiast’s journey, an image of aircraft is left ingrained; the shape, maybe a sound, or that feeling through your chest as an engine roars past, is literally attached to your primary senses. Is it from that seed that the ‘addiction’, grows...

What is it that draws such a contrast of people back time and time again to be near an aircraft like a Spitfire?

To many there is the history, the sacrifice, and the determination that many of these aircraft represent from their unspoken presence. For others it’s the wonder of engineering, the might of its power or grace, or just the sheer splendour of seeing a work of art take to the sky. Certainly Pilot Officer John Gillespie Magee Jr captured the spirit of flight so eloquently in his well-known poem ‘High Flight’ (time for a quick pause and Google search if you’re not familiar!).

Whatever it is, it’s alive more today than perhaps ever before. Is that odd given the further we move into the future the more endangered these aircraft become in the wake of life? Is the increasing rarity part of the pull towards them?

For me, it’s all of these things. And more! I’m definitely addicted. And I’ll throw those last two missing senses into the mix as well; Yep, I’m not ashamed to say it — I love the smell!! and I’ll add to that; I’m partial to the ‘touch’, or the ‘feel’ of an aircraft as well, whether flying it or just reaching out to make contact, it’s a form of connection I guess, to the history and the story of that specific aircraft.

During 2019 some 4.9 million people attended air shows in the UK. That makes them the third largest outdoor activity in the UK! (After football and

horse racing). And following the limitations imposed during 2020 and early 2021, it’s somewhat likely that the almost palatable forthcoming shows are going to be some of the best yet.

So having discussed some of the ‘why’, what about some of the ‘how’ and ‘where’? If you’ve read this far down the page you very likely already agree there’s a desire for vintage aircraft to be accessible. So ‘how’ is this possible? Generally, this is achieved in two main cabinets, 1) museums and 2) private collections. Both are actually essential for the long-term preservation of these aircraft and both typically provide amazing access to the general public.

Most of the aircraft flying in the display circuit are generously provided for by private owners, many of which don’t fly themselves but love to see the aircraft flown and indeed enjoy playing their part in the ‘future history’ of the aircraft. But, likewise, the market is wide and available to many.

As a pilot, you don’t have to be at the controls of a Mustang to still ‘feel’ a classic and historic aircraft in the palms of your hand.

One of the most memorable flights I’ve ever had was my first tailwheel solo in a Chipmunk out of Goodwood at sunset on a cold December afternoon.

My instructor nearly froze to death watching from the club house, but oh my word what a view I had as I looked down the wing onto a golden horizon with a shaft of light pealing up the wing as I turned onto base leg. The aircraft was in RAF markings and that view of the RAF roundel felt almost timeless. It really was a very special circuit indeed.

Then there’s the Harvard and T-28 Trojan, two amazing aircraft. The T-28 has near Mustang performance! I was lucky enough to be in a close formation filming sequence (as a passenger) whilst filming Richard Grace’s beautiful Mk. IX Spitfire ML407. “Truly A-mazing”! 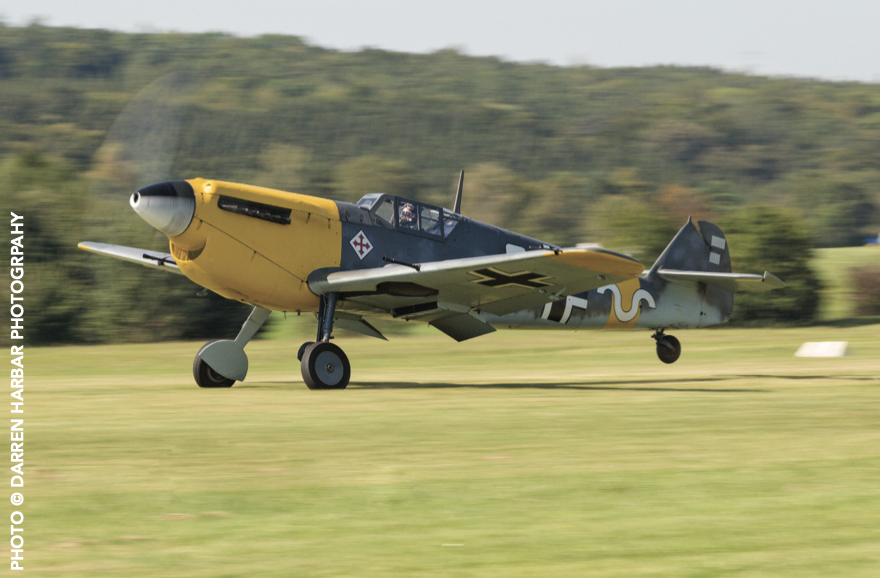 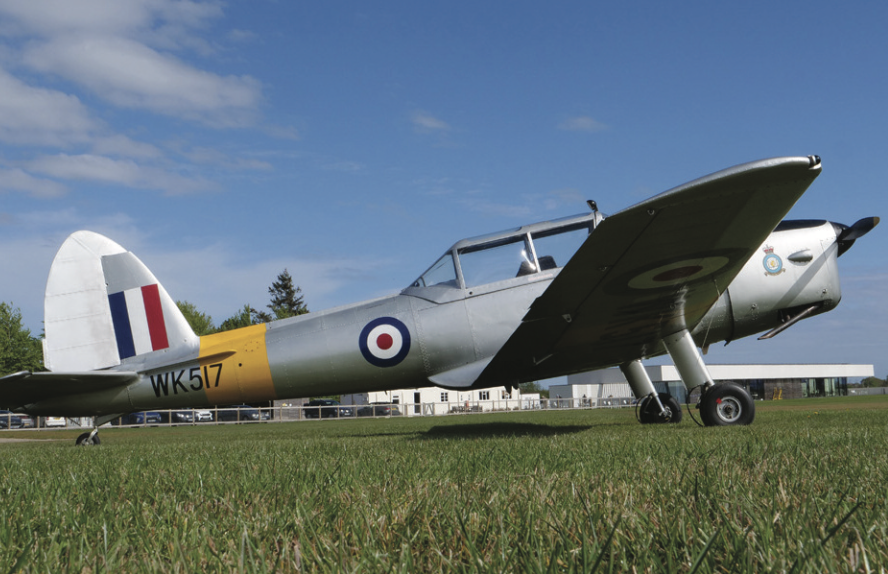 So how did this piece of editorial come about? This connection to vintage aircraft and in particular ‘Warbirds’ has been, to me, somewhat part of life. I grew up around a Warbird hunter by the name of Jim Pearce. He found, recovered, and researched over 60 WWII aircraft crashed in Northern Siberia. Most of which were untouched, even unseen, for 50+ years. He wondered through the Eastern Front wilderness of Russia himself and brought most of them back via the UK. They were then assessed, identified, and delivered on to museums and private collections around the world.

A number of these aircraft are now on premiere public display or even flying! That man was my grandfather. And from as young as I can remember, that was my aviation ‘norm’. Since then and many aircraft later (including two squadrons of Hurricanes), I find myself ‘dabbling’ in Warbirds still today. This time working with two great friends; Richard Grace and Andy Durston.

After several years talking about it we finally knocked ourselves into a team of three and formed ‘TASC Vintage’. A company specialising in vintage aircraft, with a heavy focus on the specialist area of Warbirds. Each of us have a passion for these aircraft.

So for the next few issues we would like to share a selection of interesting aircraft we’re associated with. The first of which takes flight in the infamous, perhaps menacing shape of an ME109!

If all goes to plan, next we’ll be unveiling the 109’s counterpart (ok – so that’s an easy guess!). But it’s not just any one; this is a very special one indeed and is currently off the radar... so tune in to the next issue for more!

The HA-1112 type first took flight from Seville in Spain on 2nd March 1945 as a licence-built Messerschmitt Bf 109G-2, but production struggled due to a lack of supplies from Germany. In May 1951, an armed version nicknamed the ‘Tripala’ (after it’s three bladed prop) went into service with the Spanish forces powered by its Hispano engine. In 1954 the ‘Buchon’ (meaning a male dove) was born following the addition of a roaring Merlin engine and Rotol propeller.

The Bouchon carried two 22 mm cannons and two eight-packs of 80 mm rockets and remained in active service until December 1965.

The Buchon carries a striking resemblance to the infamous Messerschmitt 109 from which it was conceived, making it a very popular aircraft on the display circuit (worldwide). This particular Buchon also claims its film star status having starred in the critically acclaimed film ‘the Battle of Britain’!

JG52 September 1941 “White 9”. This was the scheme of Luftwaffe Ace UFFZ Edmund “Paule” Roβmann, one of the most respected leaders in JG52. ‘Paule’ flew in the Battle of Britain before transferring to Russia. In July 1943 he landed behind enemy lines in an attempt to rescue a fellow pilot but was captured. By the end of the war he had scored 93 victories and had been awarded the Knight’s Cross.

In 1968, this aircraft flew in the famous movie ‘the Battle of Britain’. After filming it was sold to a well known collector in the USA and went into storage. In 2015 it finally resurfaced and was sold and shipped to the UK and restored by Air Leasing Ltd. The first flight following restoration took place in June 2018.

Ultimate Warbird Flights, offer flight experiences in their two-seat example. You can genuinely go play ‘tail chase’ with a Spitfire or Mustang for the ultimate warbird experience.

Find Classic, Military and Vintage aircraft for sale on AvBuyer

Meet the Hollywood Stars of Aerial Work Aviation
How Aerobatic Flight Training is the Great Level...
Movie Pilots: When Helicopters Fly for the Stars