Since its introduction in 1999 the four-seat Cirrus SR20 single-engine piston aircraft series has become a firm favourite among the General Aviation community with its mix of revolutionary safety features, power and comfort for four people to fly across any continent. The maximum VFR range (seats full) of the SR20 is up to 800 nautical miles.

Nigel Walker was the Editor of GA Buyer Europe. His interest in aviation began in his youth and continues...

The Cirrus SR20 aircraft has been used to train pilots from many of the world’s premier airlines, including Lufthansa Airlines, Swiss Air, Austrian Airlines, Eurowings, All Nippon Airways (ANA), KLM as well as the German Air Force.

“You don’t need to be a top-level corporate jet owner to have an airplane,” suggests Thomas “Mike” Mickel, Dominion Aviation Services. “For an average businessman, this aircraft beats regional travel, and I never thought you could do that in a small aircraft before flying a Cirrus. I want our customers in these.”

“I picked out three different models, and in the end, I chose a new Cirrus SR20,” Stefano Cestarelli, who flies his SR20 for leisure around Europe adds. “There was no mistake in choosing this aircraft. Cirrus was the best decision I could have made.”

As of 2016, over 1,330 units of this piston airplane had been built and shipped to customers around the world by the Duluth, Minnesota-based OEM.

Since 1999, various versions of the SR20 have been brought to market by Cirrus, including:

Why buy a Cirrus SR20

The Cirrus SR20 has various attractive qualities that have attracted General Aviation buyers. “One of our people – who is an experienced pilot – flew one and was surprised by how quick, comfortable and stable it handled,” Tony Kioussis, Asset Insight reported to AvBuyer.

“In a great plane like a Cirrus, you can be a great pilot. I know for a fact I’ll be flying a Cirrus for the rest of my life,” offers Cirrus SR20 owner Dr Tim Buchmann.

Among its top attractions is its cutting edge safety. The first thing most people wanted to know when the Cirrus SR20 Series was first introduced was how the parachute recovery system worked and what benefit it could bring to the world of aviation. 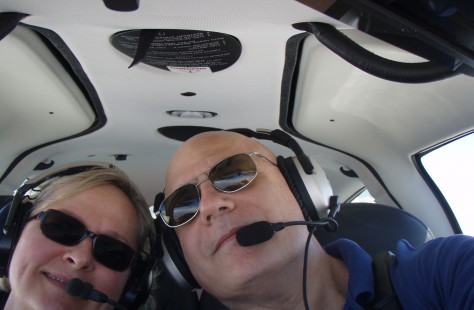 Dr Tim Buchman and his wife in his Cirrus SR20

Known as the Cirrus Airframe Parachute System (CAPS), it has been deployed 83 times with 69 successful deployments leading to 142 survivors and only one fatality (figures taken until 2016). This has proved to be the deal-clincher for some buyers, Dr Buchman among them. Flying regularly with his non-pilot wife, he explains, “Having the parachute as plan B in case I became incapable of flying the aircraft was a big deal for her.”

However, CAPS is not the only safety feature for the Cirrus owner as the Cirrus SR20 also comes with a modern 26G safety cockpit, angled firewall on the SR20 G2 models (introduced Autumn 2004) to encourage skidding rather than crunching on a nose-first landing, four-point seatbelts (with airbags starting in 2006), good visibility together with a highly redundant electrical supply.

All of the above, and more, means that from an insurance perspective, the SR20 is a safer risk: 1) due to the advance technology incorporating better situational awareness; and, 2) fixed gear.

In addition to the safety features, buyers are attracted to the fast and frugal characteristics of the model. With a cruise speed of between 150-155kts the Cirrus SR20 is no slouch in covering ground while using approximately 12 gallons per hour of fuel through its six-cylinder 200hp fuel-injected Continental piston engine, giving any pilot a good combination of speed and range to take them cross-continent.

And in the cockpit many SR20s have a wide choice of avionic equipment to choose from (which will ultimately alter the price point of the aircraft).

There are some noted characteristics that pilots should be aware of when flying the Cirrus SR20, including the need to keep an eye on the fuel gauge. Pilots must rely on float-type fuel gauges that are not particularly stable or accurate.

As highlighted by Asset Insight, there are pilots that love the SR20 and other that dislike it, “the major (technical) discriminator appearing to be the side stick – which some pilots do not like”.

On approach to landing, 75kts is considered the most effective speed for the Cirrus SR20 single-engine piston aircraft, but pilots are advised to take care not to over-use the brakes. This will avoid any danger of the shrouds covering them = overheating and potentially catching fire.

As mentioned above, the price of a Cirrus SR20 will vary widely, depending on options (such as avionics) a buyer is looking for. As noted by Asset Insight’s Tony Kioussis, values for the older SR20 aircraft are beginning to stabilize, having steadily decreased over the past several years.

The following figures, compiled from the Aircraft Bluebook, are offered as a guide for the average aircraft, by model year.

Nigel Walker was the Editor of GA Buyer Europe. His interest in aviation began in his youth and continues as he visits major UK airshows, and through aviation photography.