How Cirrus is Fulfilling One Man’s Vision to Fly

Andrew Gilbert is not afraid of a challenge. At the age of 23 he launched Node4, a startup that is now a leader in cloud computing. Discover how the same entrepreneurial attitude drove him to tackle his lifelong dream of learning to fly... 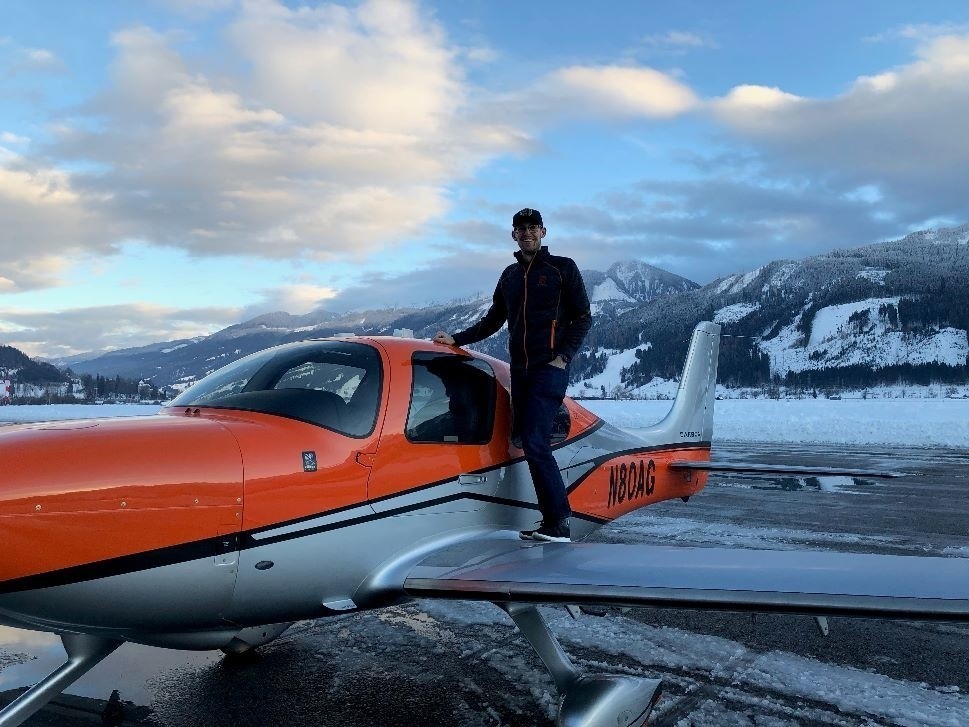 Andrew Gilbert is not afraid of a challenge. At the age of 23, he launched Node4, a startup that is now a leader in cloud computing. And that same entrepreneurial attitude drove him to tackle his lifelong dream of learning to fly.

“Learning to fly was a long-standing ambition of mine,” Andrew reflects. “So, as soon as my schedule opened up to include a bit of free time, I knew I had to make the commitment.”

Though a free schedule is a great excuse to start working towards a private pilot’s license, Andrew needed just a bit more motivation – and that was provided as he took delivery of, and was able to train in his first Cirrus SR22 at The Flight Academy, a Cirrus Certified Training Center located in Seattle, Washington. There’s nothing like wanting to solo your brand-new plane to spur your training along.

Not unlike his cloud computing business, Andy chose a very fast path to getting his pilot’s license. He traveled from the UK to Seattle and committed to an intense training schedule of six days a week, for six weeks straight.

“Training in Seattle was a fantastic experience,” Andrew recalls. “It was hard to be away from my family, but being outside of my normal environment forced me to focus. And training in my own aircraft at a certified training center provided the confidence I needed to stick to a slightly daunting accelerated approach.”

Andrew’s training ground was Boeing Field – an international airport in Seattle and home to airliners and plenty of air traffic. In his words, it was “a proper flying experience”. Stressful at times, but also realistic and challenging, it more than prepared him for his first solo flight: 200 nautical miles of crisp blue February skies to a rural airport on the west coast. 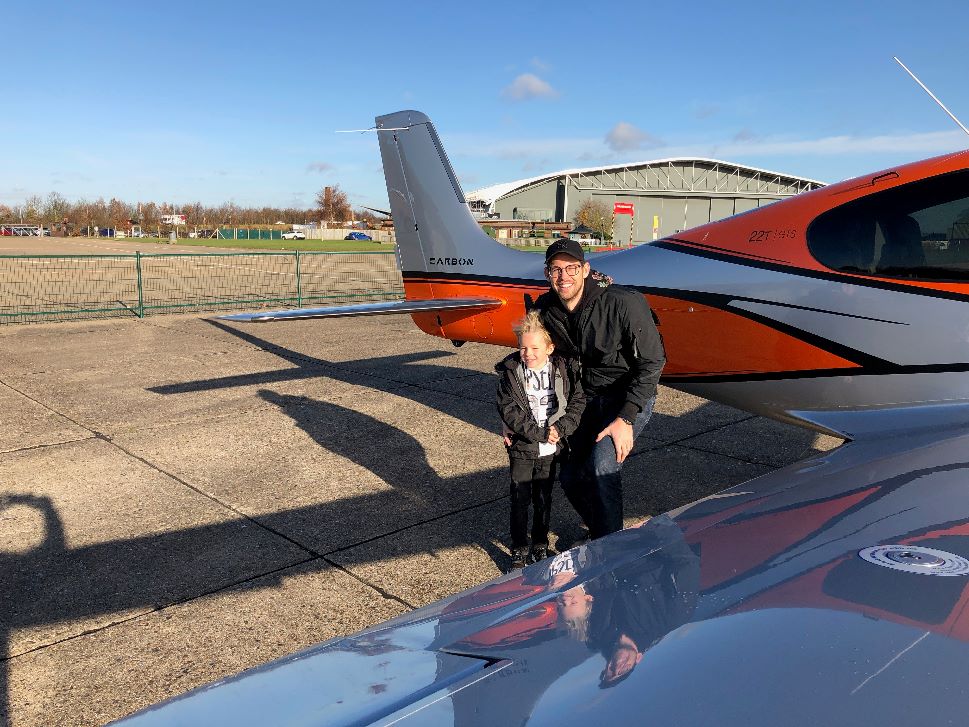 It was surreal. It was exhilarating. It was addictive, and Andrew hasn’t turned back since.

“Coming from the IT world, I immediately connected with the avionics,” Andrew says. “The integration allows me to plan everything from the route to the weight and balance, and seamlessly connect via Bluetooth. My work load as a pilot is greatly eased, which means I can basically step into my SR and fly.”

Andrew completed his training in 2016 and he hasn’t stopped since. He upgraded to an SR Series G6 in 2017 and is quickly approaching delivery of his much-anticipated Vision Jet this summer.

He took delivery of his second Cirrus aircraft at the company’s Vision Center in Knoxville, Tennessee, where Andrew explains they take “very good care of you”.

“Freedom” is the word Andrew uses to describe how flying has changed his life.

He travels more and makes it home in time for dinner. He also takes his family on more adventures, and connects with his young sons through flying.

“I think my boys like the idea that their own dad is a pilot,” Andrew comments. “They are still quite young but they love the experience and get excited when we take the plane out. And my 7-year-old has started to sit up front and ask questions.”

‘Vision’ for the Future

Idling along is certainly not Andrew’s modus operandi. He plans to pilot his own Vision Jet, an ambitious plan that would definitely make the folks at Cirrus proud. As the world’s first single-engine Personal Jet, the Vision Jet was designed to do exactly that – be flown by the owner and pilot.

Andrew’s central location in the UK has allowed him to fly across the snowy mountains of the Swiss Alps and the azure waters of Southern France. So, it’s only fitting that his bucket-list Vison Jet trip is to the (slightly less tranquil) desert of Las Vegas, Nevada.

Here’s to hoping that gamble has as much of a pay-off as those intense weeks of training for the first time in his Cirrus. 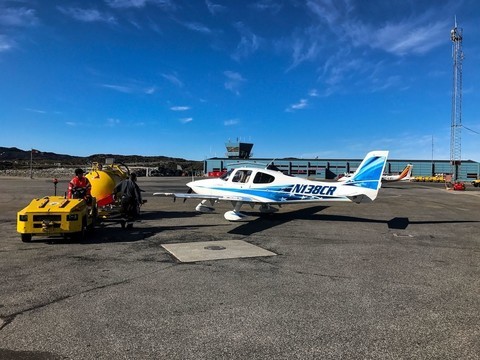 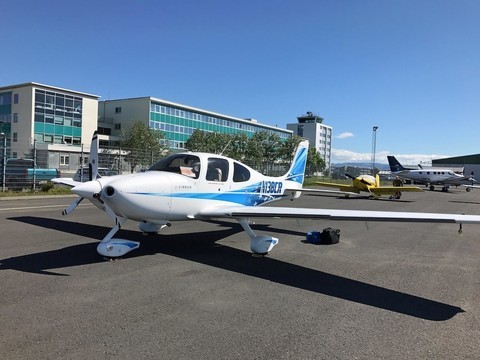 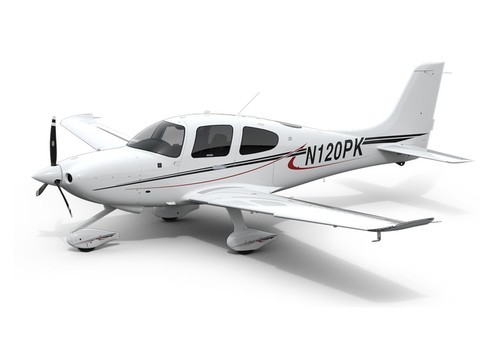 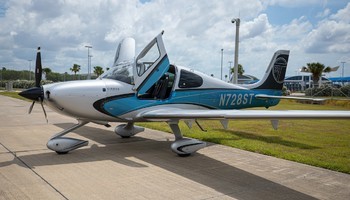 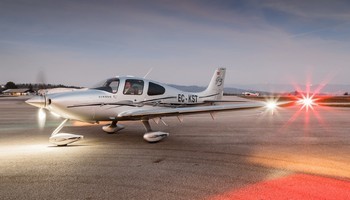 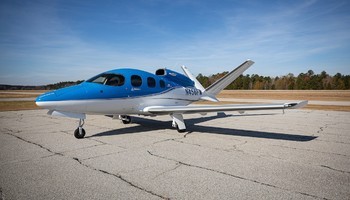 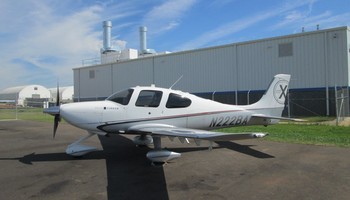