The first customers have been flying the PC-24 for some time now. What are their experiences with the new Super Versatile Jet, and how has the PC-24 proven itself so far? Jetfly’s Cédric Lescop and Philippe Ceretti elaborate…

The first customers have been flying the Pilatus PC-24 light jet for some time now. What are their experiences with the new Super Versatile Jet? And how has the PC-24 proven itself so far? Jetfly’s CEO Cédric Lescop and pilot Philippe Ceretti spoke about their first two months with the PC-24…
Cédric Lescop on the PC-24
Cédric, what is your personal highlight with the PC-24?
It was in Stans on 1 August 2014 when I first set eyes on the PC-24. I immediately knew this aircraft was going to be an international success over the next 20 years. I remember saying to my team, “That plane is going to be a game changer.”
After the first hours of use, what are the advantages of the PC-24?
The PC-24 offers many advantages such as the large quiet eight-seat cabin, flat floor and cargo door. But the real added value is that it can fly fast and land short! Until now, only the 1970s Dassault Falcon 10 or the $50m+ Dassault Falcon 7X and 8X aircraft offered a similar performance.
How did the rollout go? Did you experience any difficulties? If so, where?
The integration of the PC-24 went smoothly overall. We’ve been preparing for the delivery for two years, working closely with the Pilatus team and Luxembourg’s aviation authorities.
The main difficulty for us was finalising all our manuals and procedures without previous experience on the airplane. Jetfly became the first European operator with an approved Air Operator Certificate by the date of delivery – it was a challenge to have it ready on time!
What do Jetfly customers say about the PC-24?
Customers realise that Pilatus has created a market niche and know there is no other aircraft comparable to a PC-24. The PC-24’s closest competitor is probably the $10m Embraer Phenom 300 which has a 50% smaller cabin, or the $15m Cessna Citation Latitude with a 50% bigger cabin – but neither of them can land on an 2,600ft runway with eight passengers. 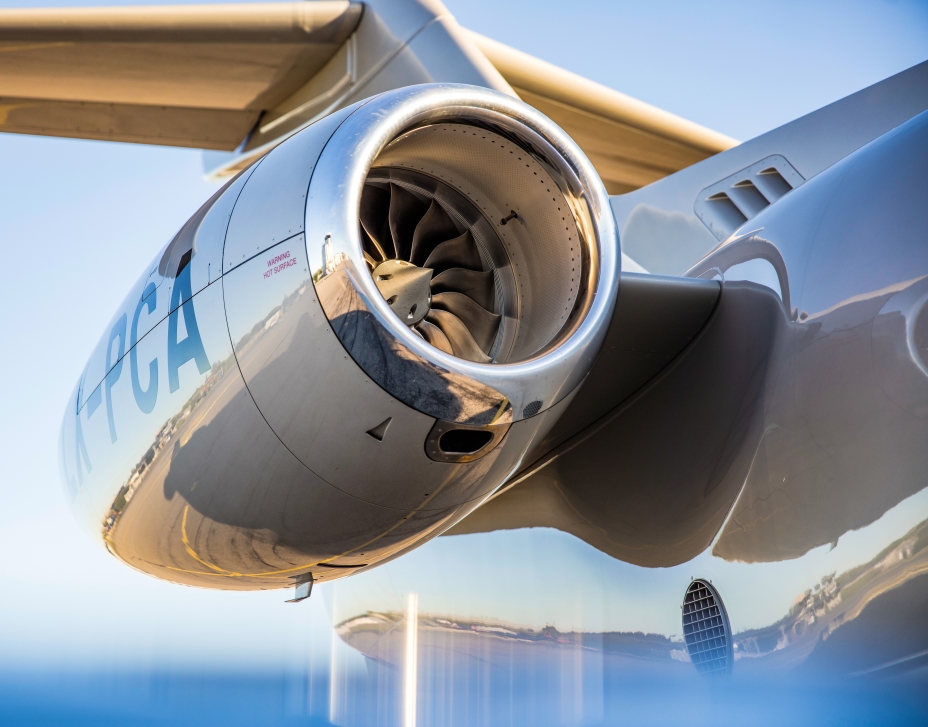 What feedback did you get after the flights with the PC-24?
We are approaching 110 flight hours on the plane. The first 25 hours were dedicated to pilot training without passengers on board. We started passenger flights on 10 October and we have done approximately 30 customer flights since then, as of this interview.
Feedback has been very positive. Passengers love the cabin size. Most of them thought that the PC-12 and the PC-24 would have similar sized cabins so it is a welcome surprise when they discover a cabin which is 50% bigger than the PC-12.
What do you think about the interior of the PC-24?
The cabin seems very long, especially when you are seated at the back of the plane – the pilots are 30 feet away! The cabin is also very quiet in cruise.
Jetfly chose a two club four configuration. This setup is very convivial and allows eight passengers to socialise during the flight. If you are a party of four travellers, you can recline the seats enough to sleep comfortably.
The cabin also boasts advanced connectivity, so you can manage the lighting and follow the aircraft position on your smartphone. The only missing options are an integrated expresso machine and an easier solution to swap from big to small luggage compartment, but I heard that it is under development, which is great news!
What was your favourite flight in a PC-24 so far?
We recently flew in France from Saint Tropez to Annemasse (200 miles) in just 40 minutes, and I suspect we are the only Mid-size Jet to have flown that route this year!
Would you choose the PC-24 again?
Of course I would! And I would have ordered more! 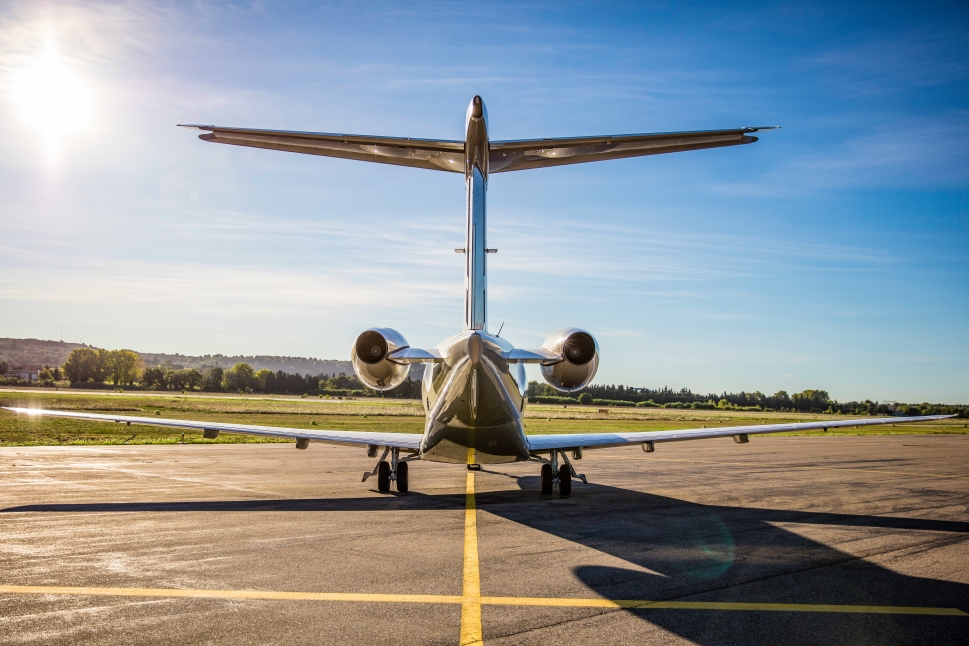 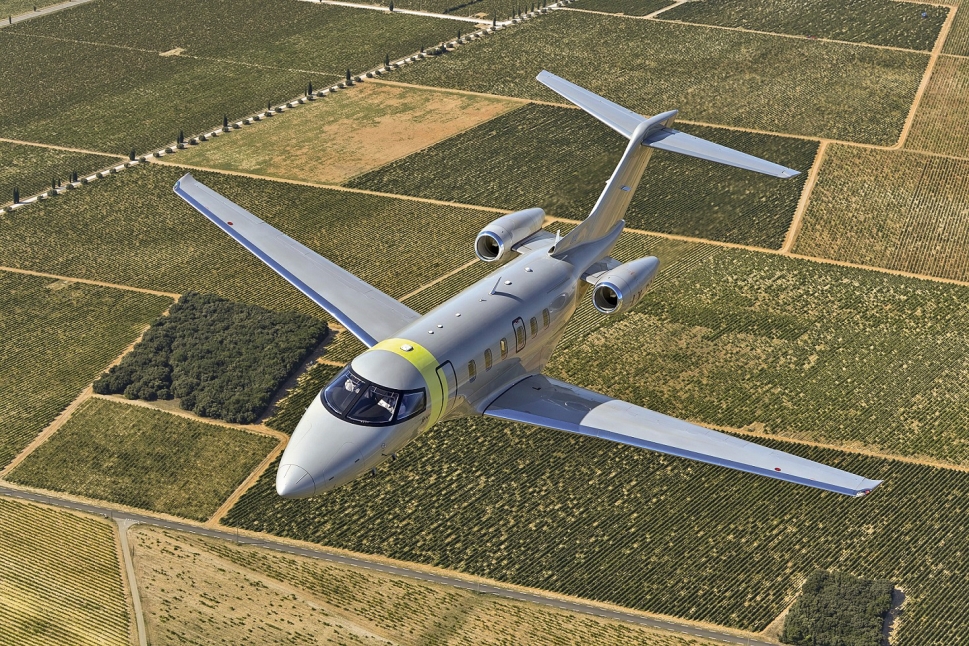 What was your first thought in the cockpit of the PC -24?
My thought was, “That’s so pure!” And it’s still the same every time I enter my new office! The design is neat, with nice curves on the side, and the cockpit is clear and optimised.
What is the biggest difference between the PC-12 and PC-24 cockpits?
There’s more room of course; the screens are a bit bigger, there are fewer knobs as many things are now automatic, and without a long nose and the propeller the view out the front of the PC-24 is much better. But the transition from PC-12 to PC-24 is made easier by the avionics, since APEX and ACE share the same roots.
What was your favourite flight in a PC-24 so far?
Just after delivery, we went for a promotional photo and video air-to-air shoot over Provence with Ov-10 Bronco, L-39 Albatros, Pilatus PC-7 and one of our PC-12s. It was superb flying in formation over such a beautiful area.
How many hours have you flown with the PC-24?
Well, I’m not an expert on the PC-24 (yet)... 50 hours. But that’s enough to be addicted!
How many hours have you flown on other Pilatus aircraft?
I’m a newcomer to Pilatus, having flown pretty much jets only so far. I discovered the PC-12 eighteen months ago and flew 400 fantastic hours with that great aircraft. To be honest, if I won the lottery, I wouldn’t buy a Waco... I’d buy a PC-12NG.
More information from www.pilatus-aircraft.com