The Havard Mk. IV a high-performance Warbird aircraft gets an unusual makeover inspired by Popeye. Find out about the performance and the history of this aircraft.

Jamie Chalkley shares the story of one 1953-model Harvard Mk. IV, following its journey into the present day, with its unique Popeye nose art…

As ever in aviation, it’s always useful to have a ‘Plan B’ up your sleeve! The original plan for this month’s featured aircraft was a rather special Spitfire. Genuinely, a headline aircraft for the Warbird world that you are not going to want to miss. But, for reasons involving various time deadlines and non-compliant weather windows, I’ve had to switch things around.

Our “to be completed” Spitfire mission will include an aerial task to achieve a very special set of air-to-air photographs for your viewing pleasure, which promise to be nothing short of stunning! However, due to the aforementioned change, I’m instead reaching for the back-up plan for this issue.

So, while Plan A’s photo mission remains pending, I take great pleasure in introducing you to none other than global superstar and cultural icon: “Popeye!” Bet you weren’t expecting me to say that?! But in a best-of-both-worlds mix, Popeye is not just an affectionate childhood memory but also one of the nicest examples of a flying Harvard in the world! Confused? read on…

The ‘Harvard’ offers an excellent stepping stone from the world of GA aircraft, in particular from lower-powered classic aircraft, into the world of high-performance Warbird aircraft. The type was originally of American origin and was designed by ‘North American’ as an advanced fighter trainer for military pilots during WWII, to help progress them through combat and advanced pilot training.

The British forces placed orders as early as 1938 and were actively training in them before the beginning of WWII. Indeed, could the Harvard be the most widely used type of military trainer of its generation? I counted 62 countries whose military forces used the aircraft as not only an advanced training aircraft but also, in some cases, as a combat aircraft as well (some armed with .303 machine guns, rockets, and 20 lb bombs!). 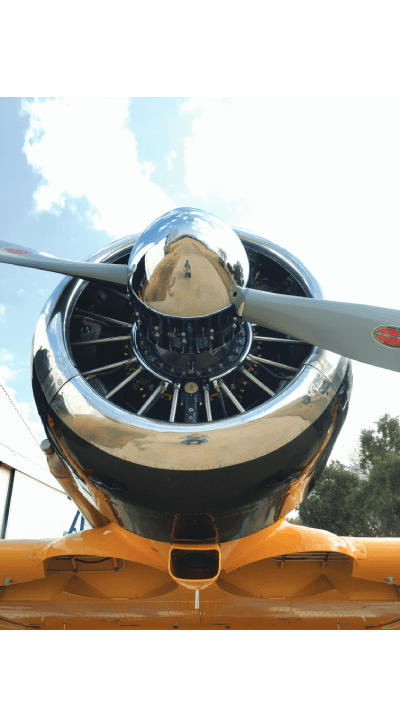 The Story of Popeye

After World War II and under the Mutual Defence Assistance Program (MDAP), Canadian Car & Foundry (CC&F) in Fort William, Ontario, built the Harvard Mk. IV aircraft. This was similar to the US Air Force T-6G Texan.

CC&F built 555 Mk. IVs in total, of which many were supplied to European air forces to train post-war military pilots, while a number of these also went on to serve in post-WWII conflicts.

Our featured Harvard was built in 1953 by Canadian Car & Foundry. The aircraft served in Germany as ‘AA + 682’ and was used to train German military pilots through to 1955. The aircraft then moved to the Portuguese Air Force.

In 1964 it was re-equipped as a ground-attack aircraft and sent to the Portuguese African colonies of Angola and Mozambique. After ten years of conflict, a ceasefire was agreed (in September 1974) and the aircraft was stationed on display in Maputo, the capital of Mozambique. 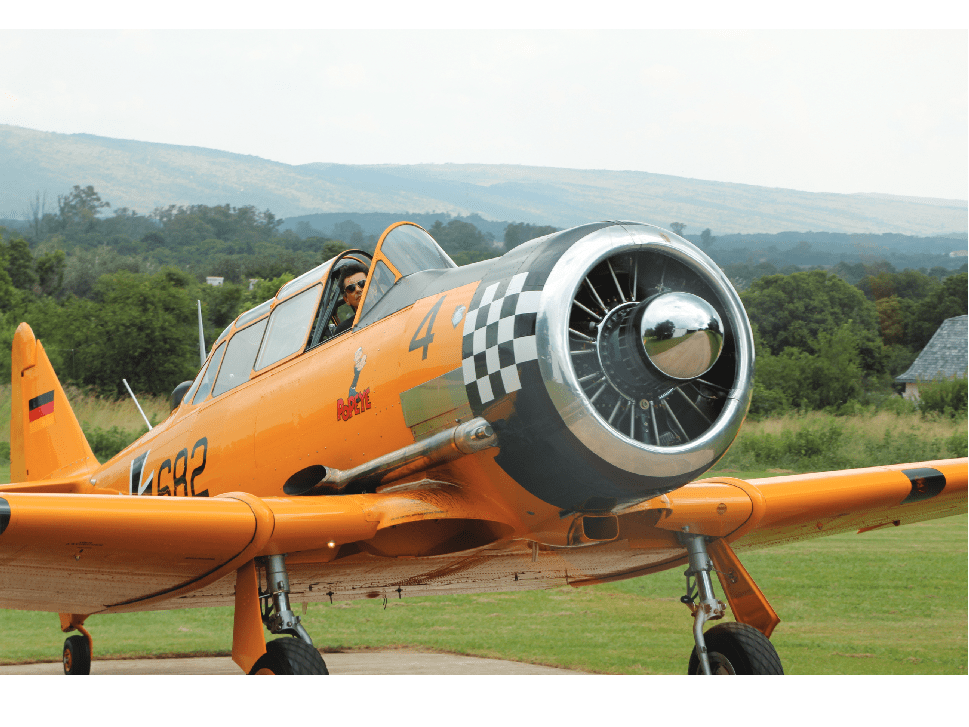 In the late 1980’s the aircraft was purchased by the South African Air Force and remained with this air force until it retired its Harvard fleet in 1995. So, after long military service of some 42 years, the aircraft finally entered civilian life with a private collector.

That’s when the story of this Harvard really starts to stand out from the crowd. The owner wanted a total ‘ground up’ rebuild, not just a restoration, but complete disassembly. The airframe was put in a jig and restored to ‘as new condition’. Works included the replacement of all life-limited parts, while the engine (600 hp P&W R-1340) and propeller were both zero-timed.

The wings and fuselage were completely re-skinned, all hoses, cables, and wiring were replaced, and the canopy was refurbished and fitted with new plexiglass. Both cockpits were restored to original condition(as far as possible save for any modern requirements).

The painstaking and ‘no expense spared’ rebuild was finally completed in the USA during 2018 when she was flight tested in July of the same year. The aircraft took to the skies once more in its original West German Luftwaffe livery (except for the Popeye nose art which was added as a personal touch). In 2019 she was flown to Oshkosh where the aircraft received much praise for its concours condition. This aircraft remains a highly respected example to this day.

For those already enjoying high-performance Warbird flying, or for those looking to retrace the learning steps of many pilots before them, the Harvard is very hard to beat!

If you’ve already flown the Harvard and fancy meeting its big brother, then you might also consider trying out another North American masterpiece, the mighty T-28 Trojan!

The T-28 was designed just after WWII, primarily as a trainer for the F-86 Sabre, but also proved itself to be an effective counterinsurgency and ground-attack aircraft during the Vietnam War.

The Trojan is powered by the ‘huge’ Wright R1820-86 Cyclone, 9-cylinder air-cooled radial engine which pushes out an impressive 1,425 hp! The thrust is provided by a large three-blade propeller and for slowing down a bit there’s an effective and useful belly-mounted speed brake!

The aircraft has amazing performance, very similar to the P-51 Mustang through much of its envelope and with superb handling characteristics. A notable bonus is the stunning view from the cockpit — with a high seating position and large canopy you really can see everything equally well in flight as during the ground roll.

An aircraft often overlooked by many (although not literally because it stands so tall!), some might say the wheel is at the wrong end, but for those that fly them, people always land with a smile on their face!