When aircraft mechanic Tom Burden couldn’t find a tool mat meeting his requirements, he invented his own. But what was it about his invention that caught the eye of Richard Branson on US TV show Shark Tank? Find out here… 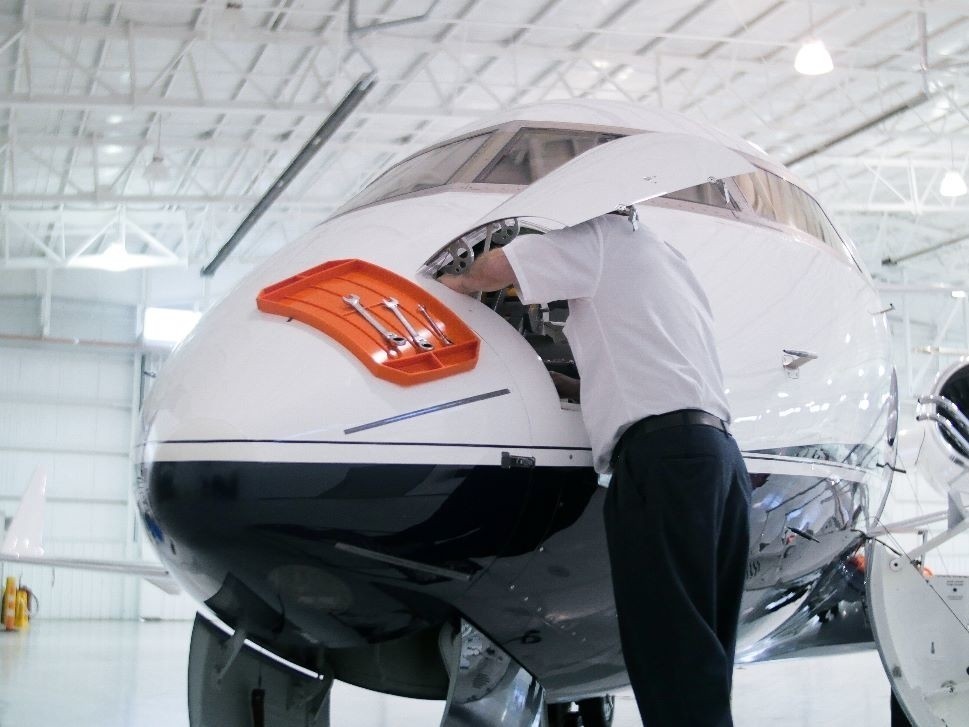 When aircraft mechanic Tom Burden couldn’t find a tool mat meeting his requirements, he invented his own. But what was it about his invention that caught the eye of Richard Branson on US TV show Shark Tank? Find out here…

In a recent guest blog for Virgin, Tom Burden, creator of the Grypmat, revealed that he’d always wanted to be an inventor. So when he graduated from high school he studied for an engineering degree that he believed would help him fulfill his dream.

To help pay for college, Tom joined the military and became an aircraft mechanic - and it was here that he got the idea for a successful aviation invention.

Working on F-16s in the US Air National Guard, he was often frustrated by tools sliding off the aircraft, and the time wasted searching for lost hardware and climbing up and down the ladder to access different tools. That frustration led him to look for viable solutions in the market.

What he wanted was a simple way to secure tools while protecting a multi-million-dollar aircraft that he was assigned to service. Unable to find an adequate product, he decided to make his own.

With the skills gained from his mechanical engineering degree, he began prototyping a non-slip rubberized tool tray, and after three years of prototyping and perfecting his invention, he created what is now called the Grypmat.

A non-magnetic, sticky rubber mat that holds tools, screws, nuts and bolts in place so that you always know where they are, Grypmat’s sticky properties allow it to keep tools in place at angles as sharp as 70 degrees. 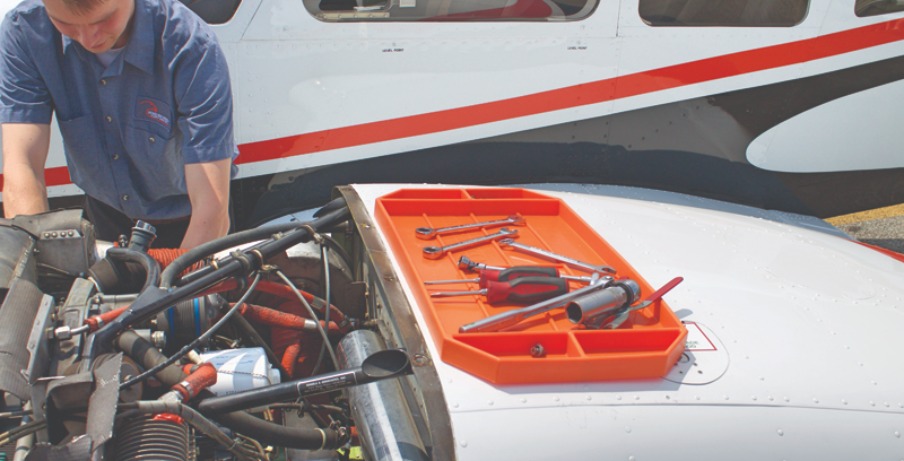 Grypmat gained traction at various aviation trade shows, but the real breakthrough came when Tom’s application to appear on ABC Channel’s Shark Tank towards the end of 2017 was successful.

Shark Tank enables aspiring entrepreneurs to make business presentations to a panel of five "Shark" investors, who then choose whether to invest as business partners.

In the case of Grypmat, the Sharks were thoroughly impressed, and three committed to back the product - including Tom’s personal hero Richard Branson. Tom explained in his guest blog on Virgin that, “…the capital invested by the Sharks is coming at a critical time for Grypmat to expand its inventory and scale our team and operations.”