How is the pre-owned Beechcraft King Air market performing currently? Matt Harris speaks to Jeremy Cox and Tony Kioussis to get their insider’s insights and tips for buyers and sellers…

The same year the Beechcraft King Air hit the market, chart-toppers ‘I Want to Hold Your Hand’ (The Beetles) and ‘Oh Pretty Woman’ (Roy Orbison) rang out over the airwaves. And though Mary Poppins was the highest-grossing movie of the year, her novel mode of transportation by umbrella was unimpressive compared to the new twin-engine turboprop emerging off the production line in Wichita, Kansas...

The year was 1964, and the King Air 90 had just been certified. But nobody then could have expected that aircraft to spawn a family of more than 20 upgrades and variations – each one broadening the capabilities of the former, or tapping into new markets and mission needs.

As of today, over 7,500 King Airs have rolled down the production line and into the hands of a truly diverse range of owners. Without much fanfare, the 90-series only ended production in early 2021.

“You just have to look at their track record,” Jeremy Cox, Senior Accredited Appraiser and President of JetValues-Jeremy told AvBuyer. “Almost half of the early King Air 90, King Air A90 and King Air B90 models are still in-service today. What keeps them appealing on today’s market? They’re rugged and dependable, providing amazing value for money.”

According to Tony Kioussis, President of Asset Insight, “The aircraft has been an industry workhorse since its introduction to the market, due to its reliability, payload, and range capability. Their value retention down the years has been exceptional.”

Cox notes that older King Airs are retaining residual values above 40% – or between 40%- 60%, to be more precise – which is pretty good compared to many business jets.

“While it is difficult to identify twin-engine turboprop contemporaries for pre-1990 King Air models,” adds Kioussis, “overall values have held up relatively well for the older King Airs, especially when you consider their age.

“But buyers need to run detailed maintenance analytics before committing to any aircraft,” he warns. “These older, pre-1990 King Airs may have lower prices, but they don’t all represent good value when you factor future maintenance costs.” 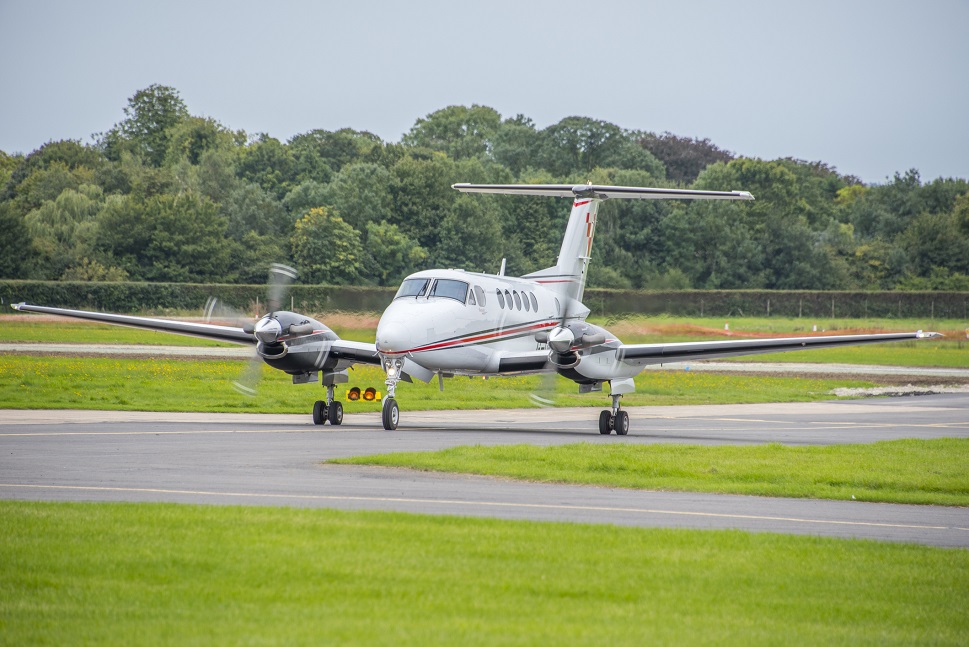 With so many variants of King Air models produced down the years, and agreement that they’ve performed remarkably well on the preowned turboprop market, which particular models are catching the eye?

Asset Insight uses the ETP Ratio as an indicator of an aircraft’s marketability, deriving the ratio from dividing an aircraft’s Maintenance Exposure (the financial liability accrued with respect to future scheduled maintenance events) by its Ask Price.

“Having said that, pre-owned market availability across all of our tracked King Air models is only 5.6% of the active fleet, and all have been actively trading,” Kioussis adds.

“An original King Air C90 can easily be upgraded to a King Air C90GTx look-a-like, for about a quarter of the price of a new aircraft,” Cox shares. “The same goes for an old King Air B200, which can be made to look like a King Air 250. For that reason, I’d say those two models are catching my eye.” 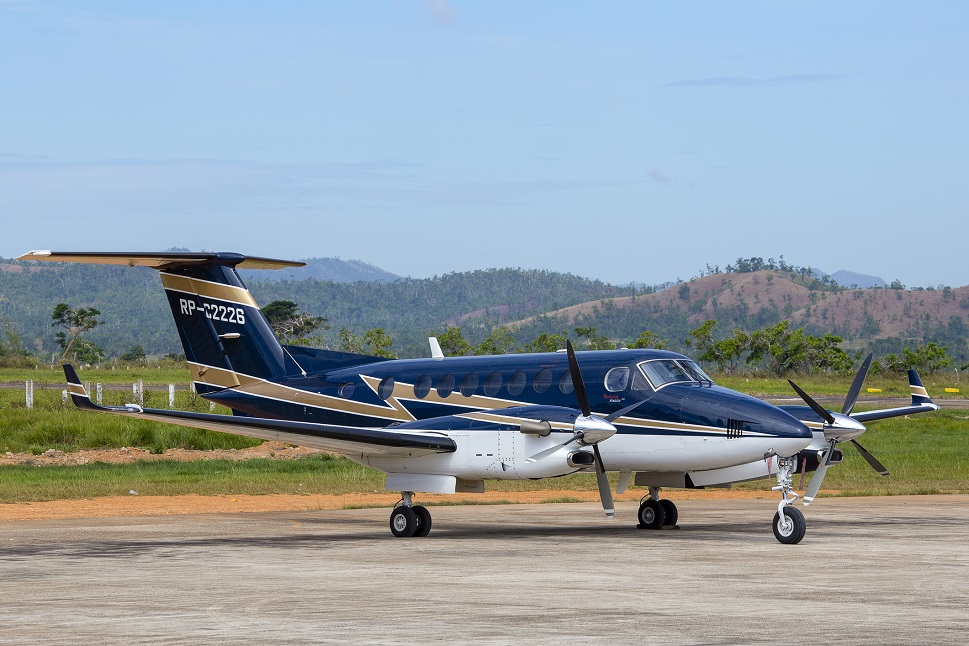 As mentioned, production of the King Air C90GTx ceased without ceremony earlier in 2021, while Beechcraft focussed on updating its King Air 250 and 350 series with the King Air 260 and 360, respectively.

Some owners may naturally be wondering what the impact will be on their older aircraft – particularly owners of the now out-of-production King Air 90-series. But Cox offers some reassuring words:

“When you consider the upgrades available to the 90 Series, it’s fair to predict that the 90-series will stay solid for a very long time,” he says.

“With myriad avionics retrofits like FADEC, EFIS, doppler weather radar also available, there are plenty of options for King Air owners to keep their older aircraft up-to-date, functional, and attractive on the market.”

“Upgraded models will certainly have greater market appeal,” Kioussis adds, “and they are likely to achieve higher pricing – but keep in mind that all King Air turboprop models are in demand at the moment.

“Buyers may prefer an upgraded aircraft, but they are not necessarily in the driving seat when it comes to pricing – and that includes older models.”

Tips for Buyers and Sellers of King Airs

Given the market today, there’s good reason for both sellers, and buyers in the King Air market to be tactical. Some sellers will have thought carefully about their strategy and have a genuine need to sell, but Cox warns those who see only the higher sale price as their motivating factor.

“My first question to sellers is ‘Do you really want to sell?’” Cox reveals. With the current ‘bull market’ much akin to a latter-day ‘Gold Rush’ in Cox’s view, “sellers need to consider whether they will get value for money by selling their King Air and buying another aircraft at this time.

“Sometimes it’s better to spend the money with an MRO to upgrade, instead of going the traditional route, usually to buy a step-up aircraft that already has the upgrades that you’re seeking,” he suggests.

And Kioussis advises sellers not to become greedy. “Sellers can extract value from their asset in the current market, assuming they understand the condition of their asset relative to other available units. Remember, sellers (and their brokers) will still need to justify a figure that appears to be high.

“We are constantly surprised at people’s pricing expectations – both high and low – based on the maintenance quality and equity we see on their aircraft, compared to the market average.”

And at a time when the fleet for sale percentage for all King Air models is low, Kioussis encourages buyers that the number of units listed for sale still continues to provide choice.

“No matter what the seller is expecting relative to pricing, a buyer can justify their offer price if they base it on the aircraft’s specification and maintenance condition,” Kioussis explains. “That assumes the buyer runs the necessary – and inexpensive – analytics.

“If, as a buyer, you are not able to do this, an experienced broker should have little trouble providing you with the information you need to make a solid, reasonable offer that can be justified,” he concludes.

To see all the turboprops and articles related to Beechcraft, please visit our Beechcraft Turboprops page.