Which used business aircraft improved, and which deteriorated the most in terms of exposure to ask price ratio during September 2019? Asset Insight's Tony Kioussis analyses the data... 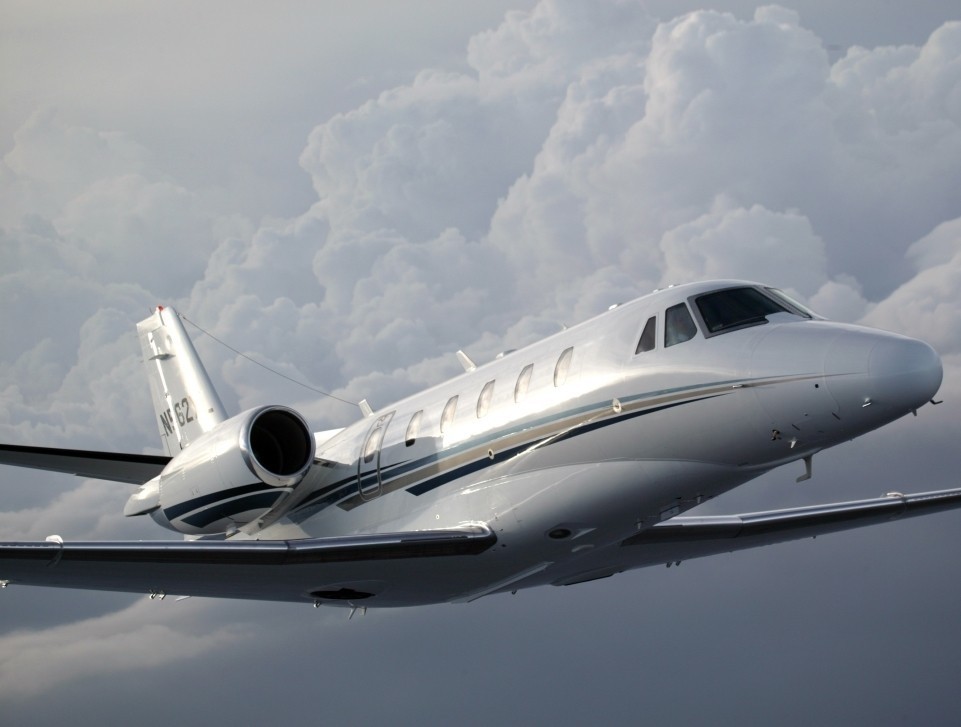 Ask Prices for Asset Insight’s tracked fleet decreased 3.0% during September but managed a small 0.4% gain for Q3. Large Jets posted an ask price increase while Medium Jets, Small Jets and Turboprops registered decreases. Which models were impacted the most? Tony Kioussis explores…
On September 30, 2019 Asset Insight’s monthly market analysis closed out Q3 by reviewing 96 fixed-wing models, comprising 1,752 aircraft listed for sale. The figures revealed an asset quality improvement of 0.7%, on top of last month’s 0.3% increase, remaining in the ‘Very Good’ range with a 0.4% total increase during Q3 (on Asset Insight’s scale of -2.5 to 10).
Asset Insight’s tracked fleet Maintenance Exposure figure (an aircraft’s accumulated/embedded maintenance expense) also experienced an improvement, decreasing a very respectable 6% for the month to set a 12-month low (best) figure.
September’s Aircraft Value Trends
Following three consecutive monthly increases, the average Ask Price for Asset Insight’s tracked fleet decreased 3% in September, closing out Q3 0.4% higher than in Q2. Group performance varied as follows:
September’s Fleet for Sale Trends
The total number of used aircraft listed for sale within Asset Insight’s tracked fleet increased for the fourth consecutive month, 2.2% (38 units), raising year-to-date inventory availability by 10.1%.
September’s Maintenance Exposure Trends
Maintenance Exposure (an aircraft’s accumulated/embedded maintenance expense) decreased (improved) 6% for the month and 3% for the quarter while posting a 12-month low figure. Individual results were as follows:
September’s ETP Ratio Trend
The change in fleet mix decreased (improved) the average ETP Ratio figure to 64.9% from August’s 66.8% and June’s 65.4%, while individual group Ratios were mixed.
Why is this information important? The ETP Ratio calculates an aircraft's Maintenance Exposure as it relates to the Ask Price. This is achieved by dividing an aircraft's Maintenance Exposure (the financial liability accrued with respect to future scheduled maintenance events) by the aircraft's Ask Price.
As the ETP Ratio decreases, the asset's value increases (in relation to the aircraft's price). ‘Days on Market’ analysis has shown that when the ETP Ratio is greater than 40%, a listed aircraft’s Days on the Market (DoM) increase, in many cases by more than 30%.
During Q3, aircraft whose ETP Ratio was 40% or greater were listed for sale 76% longer than assets with an ETP Ratio below 40% (218 versus 385 Days on Market). How did each group fare during September?
Excluding models whose ETP Ratio has remained over 200% during the previous two months (considered outliers), following is a breakdown of which individual business jet and turboprop models fared the best and worst during September 2019. 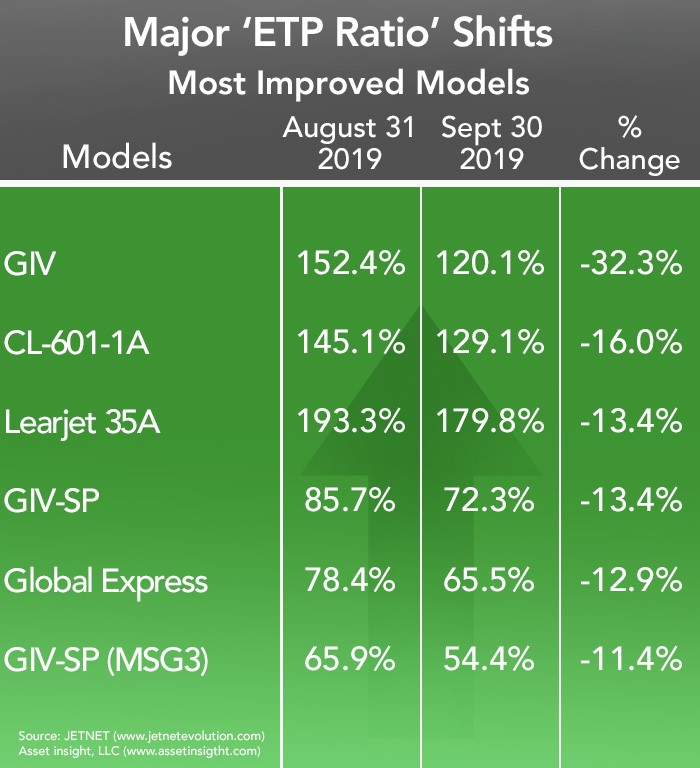 Most Improved Models
For the second consecutive month, trades were few within the ‘Most Improved’ group. All six models posted a Maintenance Exposure decrease (improvement), while two aircraft (Gulfstream GIV-SP (MSG3) and Bombardier Challenger 601-1A) had no price change. The remaining four models posted the following price increases:
Gulfstream GIV
Gulfstream captured three of the top six ‘Most Improved’ positions this month, with the GIV topping all models thanks to a Maintenance Exposure decrease exceeding $711k, along with an average Ask Price increase. That’s not bad, considering the model was one place away from the worst spot on the ‘Most Deteriorated’ list last month.
We recorded two September transactions, and three additions to the inventory fleet, raising inventory to 16 units. As that figure amounts to only 9.1% of the active fleet, and considering the model’s loyal following, its 120% ETP Ratio should be less of a problem than normal for some sellers, especially for aircraft whose engines are enrolled on an Hourly Cost Maintenance Program (HCMP).
Bombardier Challenger 601-1A
Although the model did not experience an Ask Price change during the month, Maintenance Exposure decreased nearly $319k, primarily due to the addition of one aircraft to the inventory fleet.
The Challenger 601-1A’s position on this list is worthy of recognition. However, so is its ETP Ratio at 129%. And with no transactions during the past month, the seven aircraft listed for sale represent 19.4% of the active fleet, meaning sellers are likely to continue facing challenges when it comes to transaction pricing for these 32 to 36-year-old aircraft. 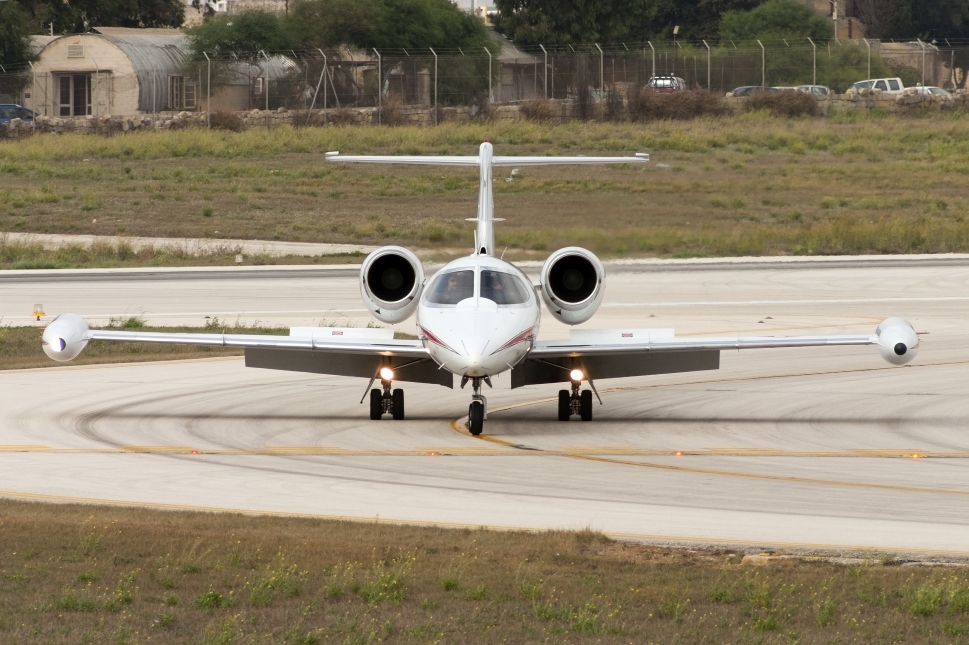 Bombardier Learjet 35A
No Learjet 35As transacted in September, and the model’s jump from last month’s worst spot on the ‘Most Deteriorated’ list to its current position is noteworthy. Then again, so is its ETP Ratio, hovering at around 180%. The Learjet 35A reached this list due to a $58k decrease in Maintenance Exposure, along with an Ask Price increase.
No aircraft transacted last month, and available inventory increased to 48 units (10.3% of the active fleet). As opposed to a fine Scotch, 26-year-old aircraft do not improve with age, and sellers are facing serious pricing challenges in this model’s competitive environment.
Gulfstream GIV-SP
The second Gulfstream model on this month’s ‘Most Improved’ list, the GIV-SP, earned its spot through a $402k Maintenance Exposure decrease and a healthy Ask Price increase. The model’s pricing as it relates to its Maintenance Exposure leads to a much lower ETP Ratio than that for the GIV discussed earlier. Also, the 15 units listed for sale equate to only 5.1% of the active fleet.
Based on its marketability statistics and loyal following, most sellers should be in a relatively good position, assuming their price expectations are realistic. Equally, buyers can locate assets with good value that they should be able to resell within the ensuing five years – especially if the aircraft is enrolled on an engine HCMP.
Bombardier Global Express
Improvements to the Global Express came in the form of a substantive $1.2m decrease in Maintenance Exposure, and a nominal increaser in Ask Price, thereby landing the model on this list.
The problem facing sellers is the competitive environment, since 18 assets are listed for sale – or 12.4% of the active fleet. Aircraft not enrolled on HCMP are likely to be substantially impacted, while those enrolled on an engine program should offer good value opportunities to both buyer and seller. 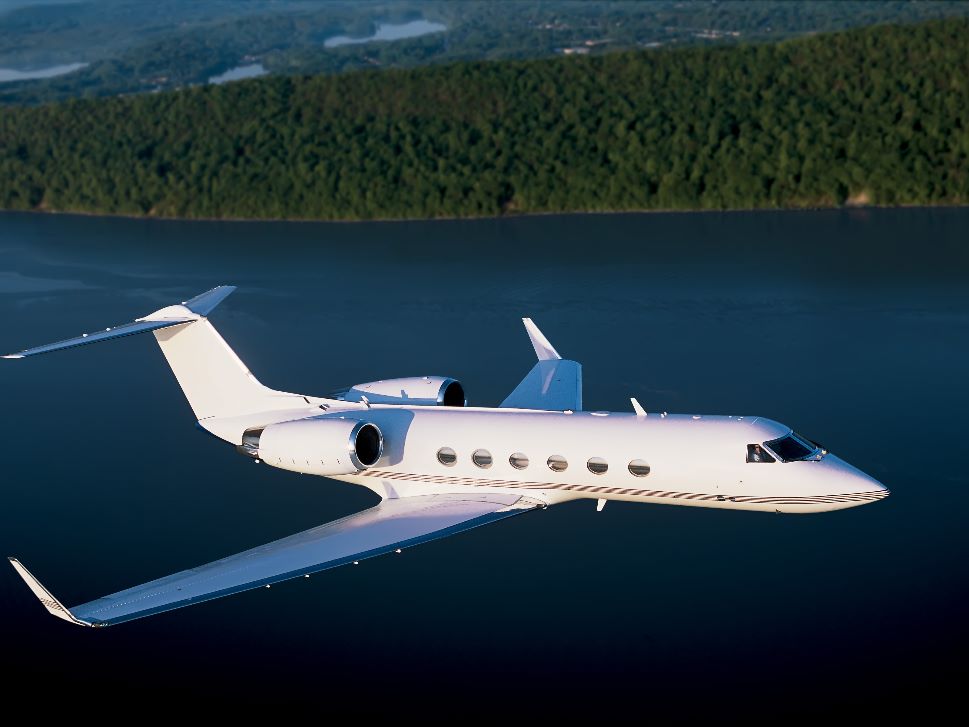 Gulfstream GIV-SP (MSG3)
Closing out September is the third Gulfstream to make the ‘Most Improved’ list. Although the model did not experience an Ask Price change, one aircraft was withdrawn from the fleet for sale while another joined the inventory. The new fleet mix improved (lowered) Maintenance Exposure by nearly $618k.
The seven units listed for sale represent only 2.4% of the active fleet, and with the ETP Ratio hovering in the 54% range, both buyers and sellers should have ample room to agree on terms, all other things being equal. 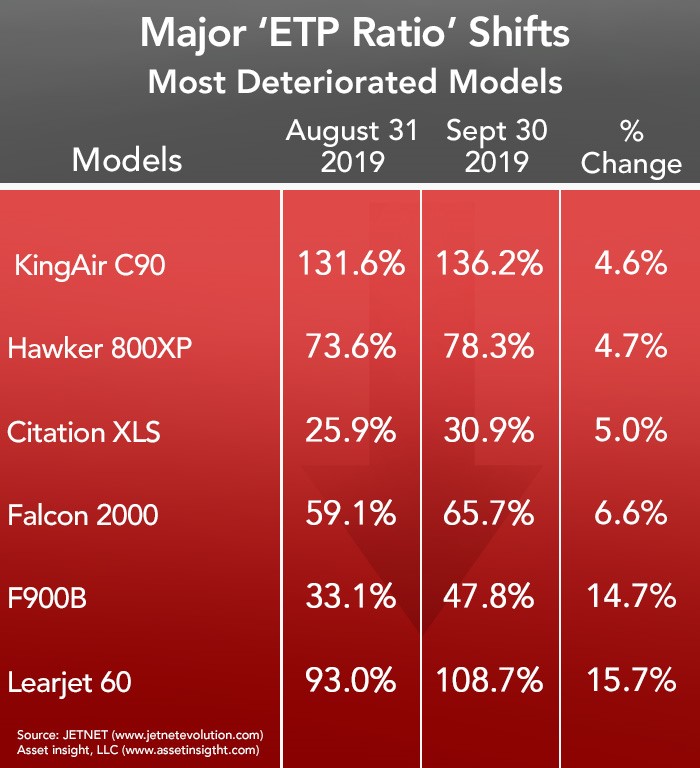 Most Deteriorated Models
The ‘Most Deteriorated’ model list was quite active in September, with all but the Falcon 900B experiencing a Maintenance Exposure increase (deterioration). While the King Air C90 posted an Ask Price increase ($8,951), the remaining five models registered the following decreases:
Bombardier Learjet 60
Through a 15.7% increase in its ETP Ratio, the Learjet 60 managed to capture the ‘Most Deteriorated’ position for the month of September. Three transactions had posted when we closed out the month, but eight aircraft joined the inventory raising availability to 44 units. That equates to 14.9% of the active fleet.
Clearly, if you’re a seller, your opportunities are laced with financial discomfort. Aircraft covered by HCMP are likely to have the best remarketing opportunities, although a Maintenance Exposure increase exceeding $168k, and an Ask Price decrease of nearly half that figure are unlikely to help most sellers.
Dassault Falcon 900B
While its position on this list is less than enviable, many Falcon 900B sellers, especially those whose aircraft are enrolled on engine HCMP, have ample opportunities due to the model’s 47.8% average ETP Ratio. Additionally, the 11 aircraft listed for sale represent only 7.3% of the active fleet.
This is yet another case where statistics do not properly tell the model’s story. Maintenance Exposure decreased in September by nearly $116k. However, the one sale and three additions to inventory created a fleet mix whose Ask Price decreased by more than $1.6m. Only two listed assets displayed an Ask Price, and both are figures substantially lower than the value of the just-traded aircraft.
Technically, the Falcon 900B earned its place on the ‘Most Deteriorated’ list. Realistically, the asset is much more marketable than its position on this list intimates. 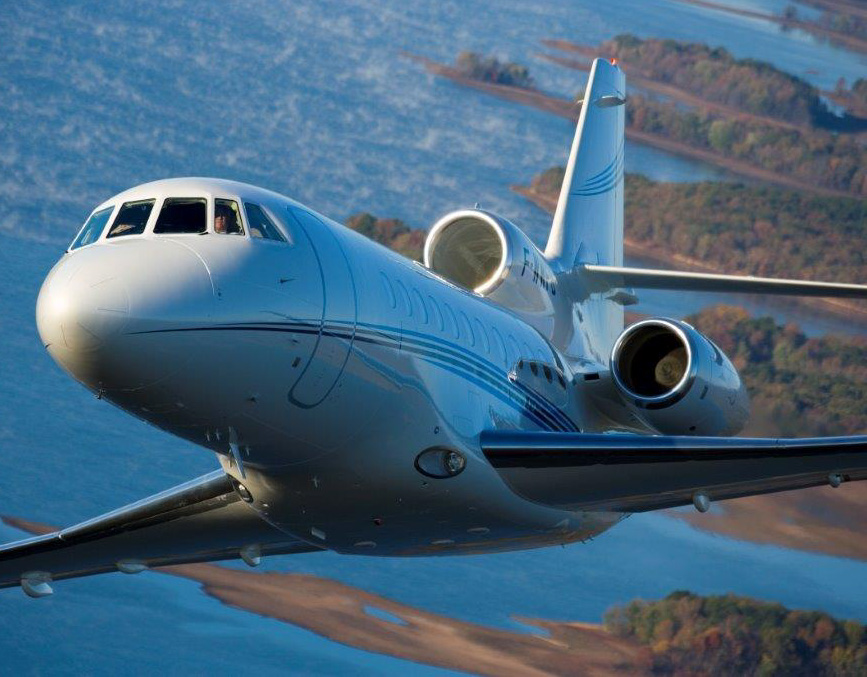 Dassault Falcon 2000
Sellers of the second Dassault product on this month’s ‘Most Deteriorated’ list are a bit less fortunate in that the 24 assets listed for sale represent 10.6% of the active fleet, and the average ETP Ratio is approaching 66%.
The aircraft’s Maintenance Exposure increased by nearly $106k in September, and Ask Prices decreased $269k. Any owner neglecting HCMP coverage on this model’s orphan engine (the Falcon 2000 is this engine’s sole application) is facing a value reality adjustment.
Cessna Citation XLS
Statistically, the Citation XLS earned its way onto this list. Realistically, sellers are facing few hurdles, and low ones at that, considering the one aircraft transacting last month, and the two joining inventory, only amount to seven units, or 2.1% of the active fleet.
The model’s ETP Ratio, while negatively impacted from a $101k Maintenance Exposure increase, along with a substantive Ask Price decrease, stands at a very acceptable 30.9%. Sellers are firmly in the driver’s seat here, as buyers face limited selection and firmer pricing than most competing models. 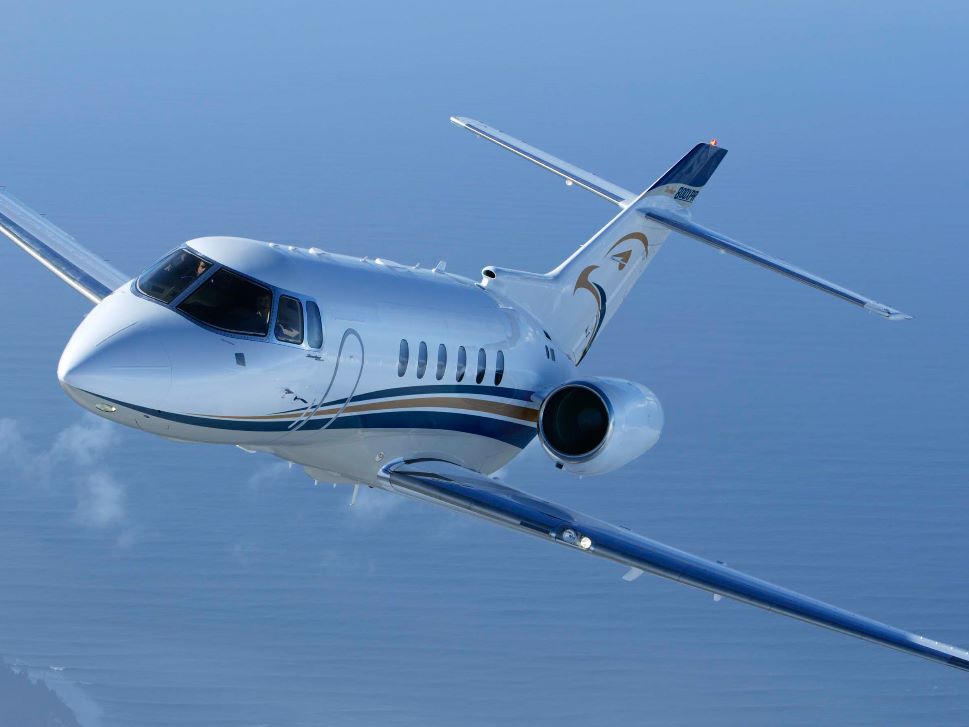 Hawker 800XP
Transaction values for this industry workhorse dropped another $64k last month, and with the model’s Maintenance Exposure increasing over $24k the 800XP secured a spot on this list.
Two assets traded during September, but the 59 units populating the inventory equate to 14.7% of the active fleet and are, undoubtedly, making life challenging for most sellers. Buyers are driving pricing figures for this asset.
Beechcraft King Air C90
A turboprop rounds out our ‘Most Deteriorated’ list for September sporting an ETP Ratio exceeding 136%. The King Air C90 earned this dubious honor by posting a $34k Maintenance Exposure increase that overshadowed an Ask Price increase approaching $9k.
Two aircraft traded, but three entered the ‘for sale’ pool, and the 50 listed assets equate to 12.4% of the active fleet. Not the place to be if you’re a seller, but a great position to occupy as a buyer.
The Seller’s Challenge
It is important to understand that the ETP Ratio has more to do with buyer and seller dynamics than it does with either the asset’s accrued maintenance or its price. For any aircraft, maintenance can accrue only so far before work must be completed.
But as an aircraft’s value decreases, there will come a point when the accrued maintenance figure equates to more than 40% of the aircraft’s ask price. When a prospective buyer adjusts their offer to address this accrued maintenance, the figure is all-too-often considered unacceptable to the seller and a deal is not reached.
It is not until an aircraft undergoes some major maintenance that a seller is sufficiently motivated to accept a lower figure, or a buyer is willing to pay a higher price and the aircraft transacts, ultimately.
A wise seller needs to consider the potential marketability impact early maintenance might have on their aircraft, as well as its enrollment on an Hourly Cost Maintenance Program where more than half of their model’s in-service fleet is enrolled on an HCMP.
Sellers also need to carefully weigh any offer from a prospective buyer against the loss in value of their aircraft for sale as the asset spends more days on the market awaiting a better offer while simultaneously accruing a higher maintenance figure.
More information from www.assetinsight.com 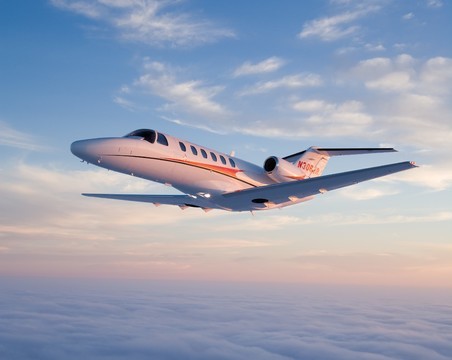 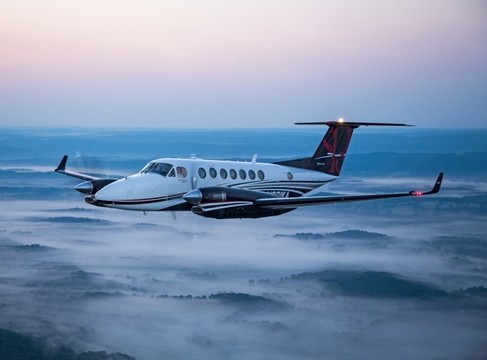 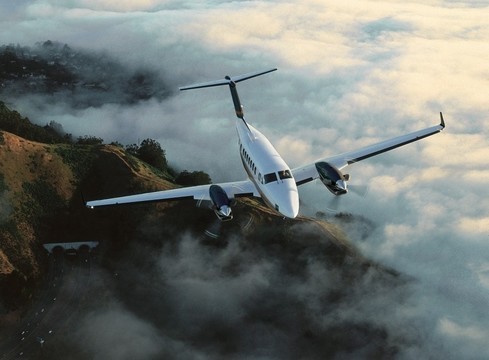 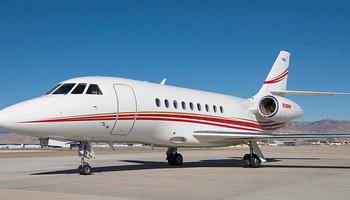