How to Integrate Manned and Unmanned in the Same Airspace

Can manned and unmanned aircraft operate safely in the same airspace? Matt Williams discusses this existing problem, detailing solutions that might enable all aviation to operate safely together... 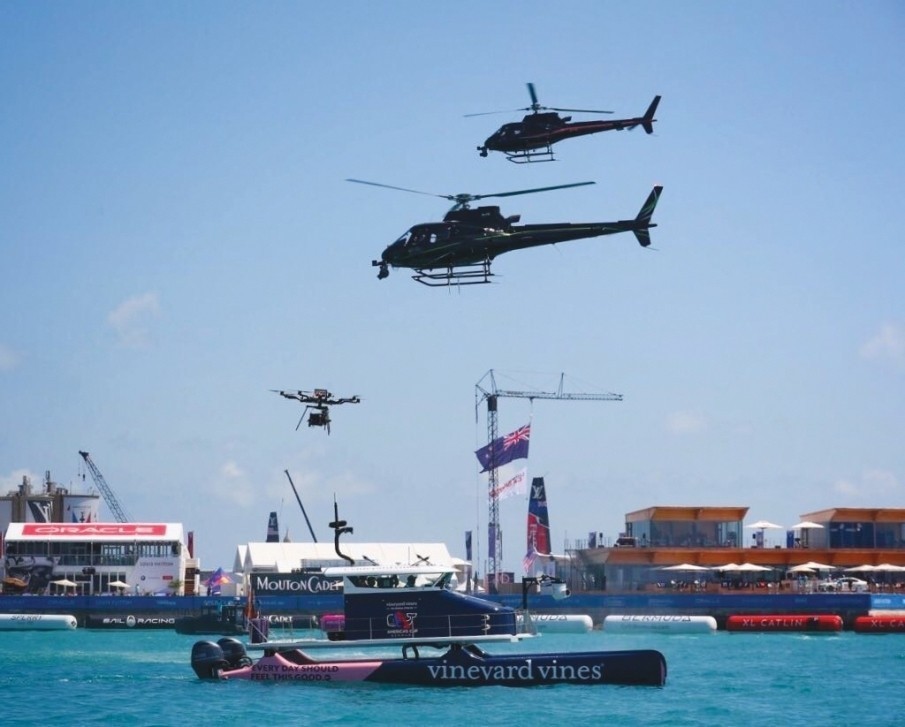 What is the right answer that allows manned and unmanned aircraft to integrate safely? Matt Williams explores this existing aviation problem and the road ahead on how all airspace users can fly safely together.
The massive increase in the proliferation of unmanned aircraft systems (commonly referred to as drones), over the last four years in particular, has caused the potential for a problem which hasn’t really existed in aviation before.
The estimates are that there have been more than 1 million drones sold in the UK alone since 2015, with around 180,000 people actively using their drones on a regular basis.
Whilst this number of additional aircraft operating in the already congested airspace above the UK might initially seem rather worrying to manned aviators, some solace should be taken from the fact that the majority of these drones are very small in nature, have minimal mass and are very unlikely to be encountered at anywhere near the maximum legal height for a drone to be operated in the UK; which currently stands at 400 feet above the surface.
That being said, the biggest issue surrounding this huge increase in ‘air operators’ seems to be a lack of education for recreational or casual drone operators regarding the risks associated with operating an aircraft and the impacts that object could have were it to interface with a person, vessel, vehicle or structure.
In essence, what we are saying as a community is that there are in the region of 1 million ‘non-aviators’ who are now able to exercise the rights and privileges granted to them by the civil aviation authority to operate small aircraft in the lower airspace regions.
Recently, the CAA have begun to implement measures which should help to educate all recreational and casual drone operators in the form of the ‘Drone and Model Aircraft Registration and Education Scheme’ (DMARES), which now levies a £9 annual fee from anyone who is responsible for the operation of a drone which weighs in excess of 250g.
This dictates that anyone who will be physically flying a drone (who hasn’t completed a CAA Approved commercial drone training course or holds another form of exemption through training) must pass a basic 20 question competency test and obtain a ‘Flyer ID’ in order to be able to operate a drone UK.
This is a great mechanism for ensuring that anyone entering the drone industry (particularly recreational drone pilots), are aware of the regulations surrounding drone use.
However, there are many people who already own or operate drones who are not aware of this requirement. We would suggest that this is primarily due to a lack of advertising and awareness campaigns from the CAA thus far. 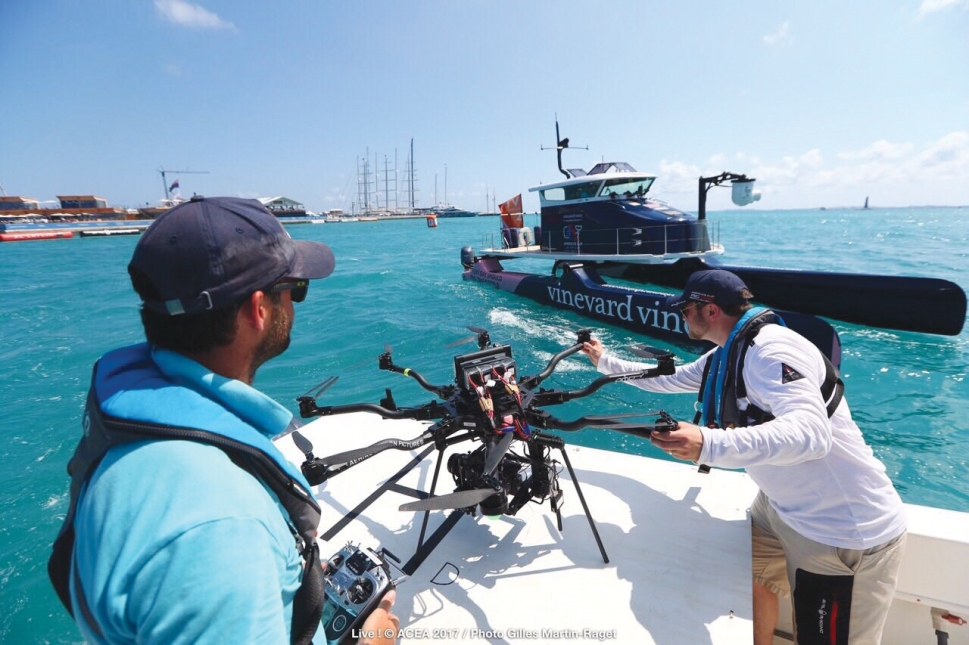 Not all drones are small 'quadcopters' - This Freefly ALTA 8 weighs 19.5Kg and can travel at upto 60Kts
So how does this relate to manned and unmanned aircraft integration?
As with all flying disciplines, it is important that we all aspire to maintain active lines of communication and we must be willing to help educate and inform other airspace users with regards to how to utilise the shared airspace.
This is in everybody’s interests, particularly from a safety and risk mitigation standpoint whereby manned aircraft operators should endeavour to understand how, where and why drones are being operated and vice versa.
We have operated manned and unmanned assets all over the world in high-risk scenarios and often in combination with full sized aviation assets, without incident. But this is only achievable if we work together as airspace users rather than against each other in a manned versus unmanned mindset. Unfortunately, for those who wish it weren’t the case I hate to spill the beans but it would appear that the drones aren’t coming… They’re already here, and they’re here to stay.
Universal Traffic Management (UTM)
Electronic Conspicuity (EC) – which forms a large part of the concept of UTM, is a bone of contention throughout the aviation world at the moment and is being touted by some as a ‘magic bullet’ that will keep all airspace users safe and deconflicted.
Whilst it’s impossible to argue that the introduction of EC into a larger cross section of aviation is a good thing in terms of its potential to mitigate risk and thus, hopefully reduce the chances of collision – there needs to be a modicum of sensibility applied; particularly in the low-level environment (below 500’), where most drones operate.
Those of us who are, or have been involved in low-level aviation operations are aware that systems such as ADS-B and Mode S aren’t hugely effective in this environment. This is down to a number of factors, including signal shadowing, ghosting, echoes and the pure fact that the time it takes for a receiver to acquire a signal, process the data, display the resultant and for the pilot to interpret a warning or alert is finite…
And unfortunately, often greater than the ‘intercept time’ at low-level. 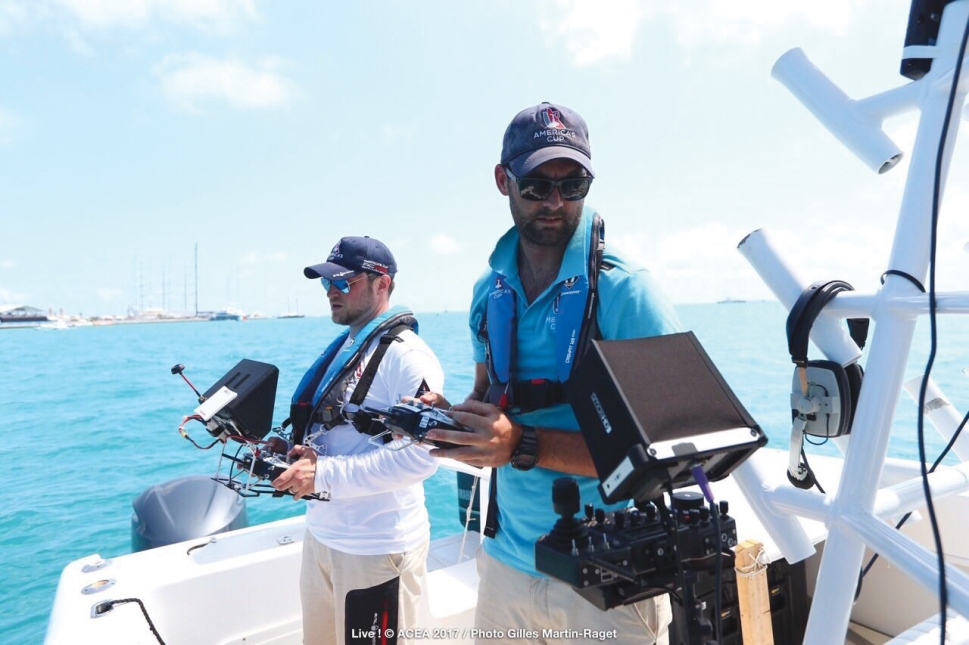 Combined Drone and Camera Operations at the Americas Cup, Bermuda
There is also the issue that there are a number of different EC systems and protocols which don’t have any levels of interoperability…
So, aircrews ‘relying’ on EC to help them deconflict from other airspace users, drone operators included, may be in for an unpleasant surprise until ICAO provide some additional direction on the implementation of EC and associated protocols for all airspace users.
What does this mean for the drone world when it comes to adopting EC as a risk mitigation measure? Should we just ignore it, given that there’s every likelihood that it won’t help anyway?
Absolutely not – any system or process that allows manned and unmanned aircraft to integrate more safely, can only be a good thing and if it helps prevent ONE incident or accident; then it’s more than worth the efforts required to ensure its adoption.
How to Conclude?
To wrap things up – there’s only a finite amount of airspace in the world and each day it is becoming more and more congested. Therefore, it’s imperative that as a community, we find new and innovative ways to ensure that all airspace users can work together to share the air SAFELY and remember; the drones aren’t coming… They’re already here!
To find out more about the regulations surrounding drones or to join us on one of our courses to become a commercial drone pilot, then you can find out more by getting in touch at the links below. 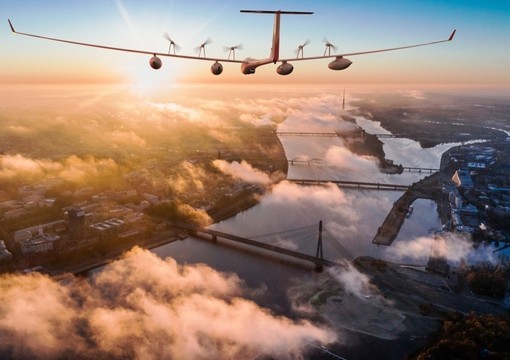 What Can the Antares E2 Bring to Surveillance Op... 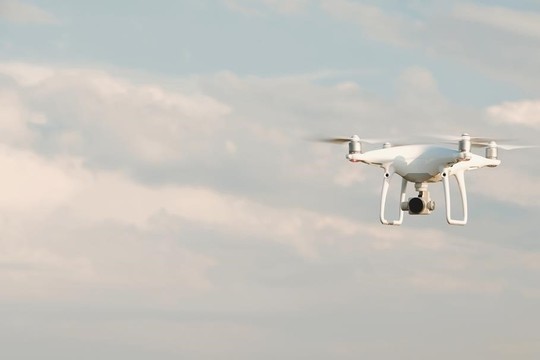 How Big is the Drone Services Market? 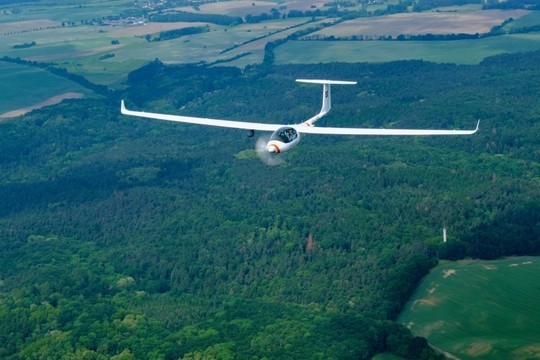