MD Helicopters traces its history to the Aircraft Division of the Hughes Tool Company, and continues to produce a range of well-known brands in the VIP/corporate space.

In 1984, McDonnell Douglas acquired Hughes’ helicopter business, thereby taking over a manufacturer that had produced such commercial brands as the Hughes 500 and Hughes 500F, along with a range of military aircraft. Many of these famous names continued their development over the years and are still on the market today. 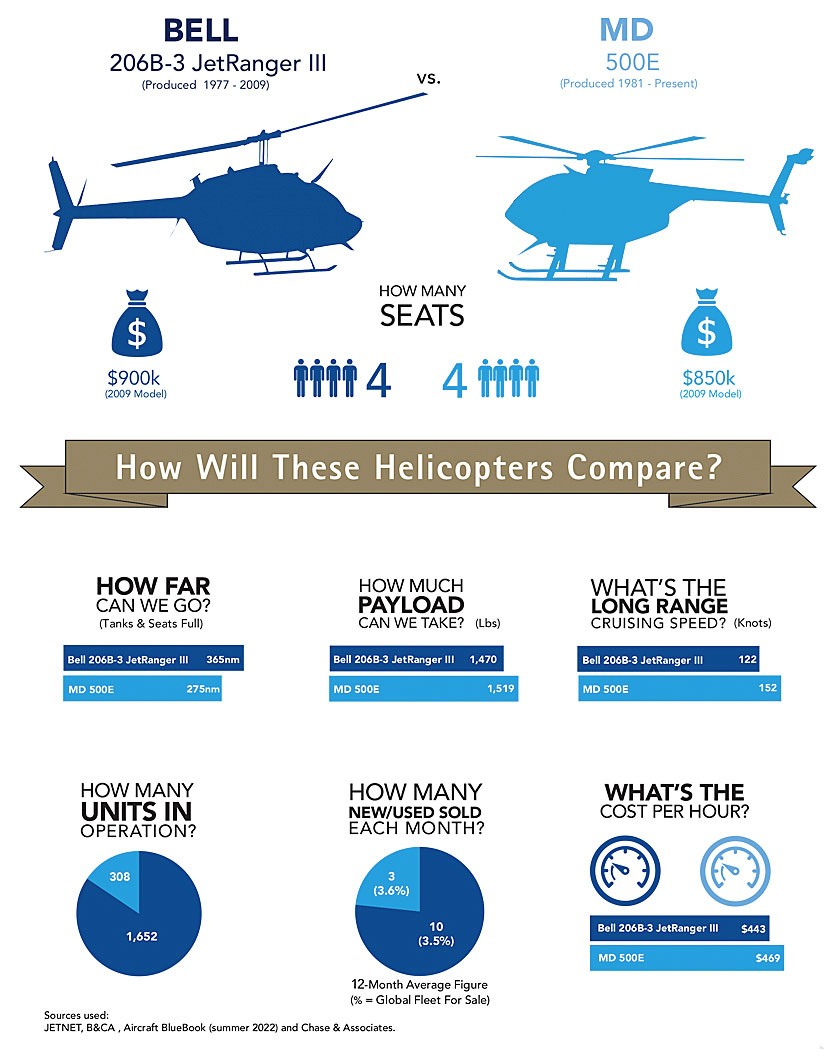 MD Helicopter Holdings Inc. was itself acquired by Lynn Tilton of Patriarch Partners, before it was recapitalized as an independent company – today’s MD Helicopters Inc.

Over the decades, MD Helicopters Inc and its predecessors have overseen the development of some very well-known names in VIP/commercial aviation. This includes the MD 500 range, which stemmed from a military helicopter developed for the US Army in the 1960s.

The MD 500E remains in production today, providing a light, single-engine helicopter that combines sophistication with a competitive price. It has a relatively spacious cabin, offering room for up to five, and has a range of 290nm, powered by a Rolls-Royce Model 250-C20B turboshaft engine.

The company soon developed a variant of the MD 500E, the MD 500F, which was optimized for ‘hot and high’ operations. Equipped with a 650shp Rolls-Royce 250-C30 engine, it has a range of 260nm. Like the MD 500E, the aim with the 500F model was to provide the highest performance levels in challenging environments, at a highly competitive price.

The MD 520N light helicopter, meanwhile, was launched in the late 1980s, and has been further optimized over the years. This helicopter was the first to feature the NOTAR system (no tail rotor), which eliminates the mechanical disadvantages of a tail rotor and improves safety, according to MD Helicopters.

It is also quieter than other rotors and has less vibration. Moreover, it cuts back on pilot workload. Two other helicopters – the MD 600N and the MD 900/902 Explorer – also have this feature. The MD 520N can hold 3-4 passengers and 1-2 crew members, and is powered by a Rolls-Royce Model 250 C20R/2 turboshaft.

It has a six-blade main rotor system and provides a smooth and agile experience for passengers, with a maximum range of 380nm. It features a Rolls-Royce Model 260-C47M turboshaft engine.

Finally, the MD 900 has been a fixture of the light twin helicopter market for nearly 30 years, having first been certified in 1994.

The MD 900 can transport 6-7 passengers (though usually four in executive seats) with 1-2 crew members, and provides a range of just under 330nm. It was one of the first turbine helicopters to use Pratt & Whitney series 200 engines, adopting the PW206A powerplant.

The MD 900 was then followed by the MD 902, which brought a range of improvements, notably through the use of the more powerful Pratt & Whitney PW206E engine, later upgraded to PW207E powerplants.